The Prospects for Services-Led Development

The Prospects for Services-Led Development 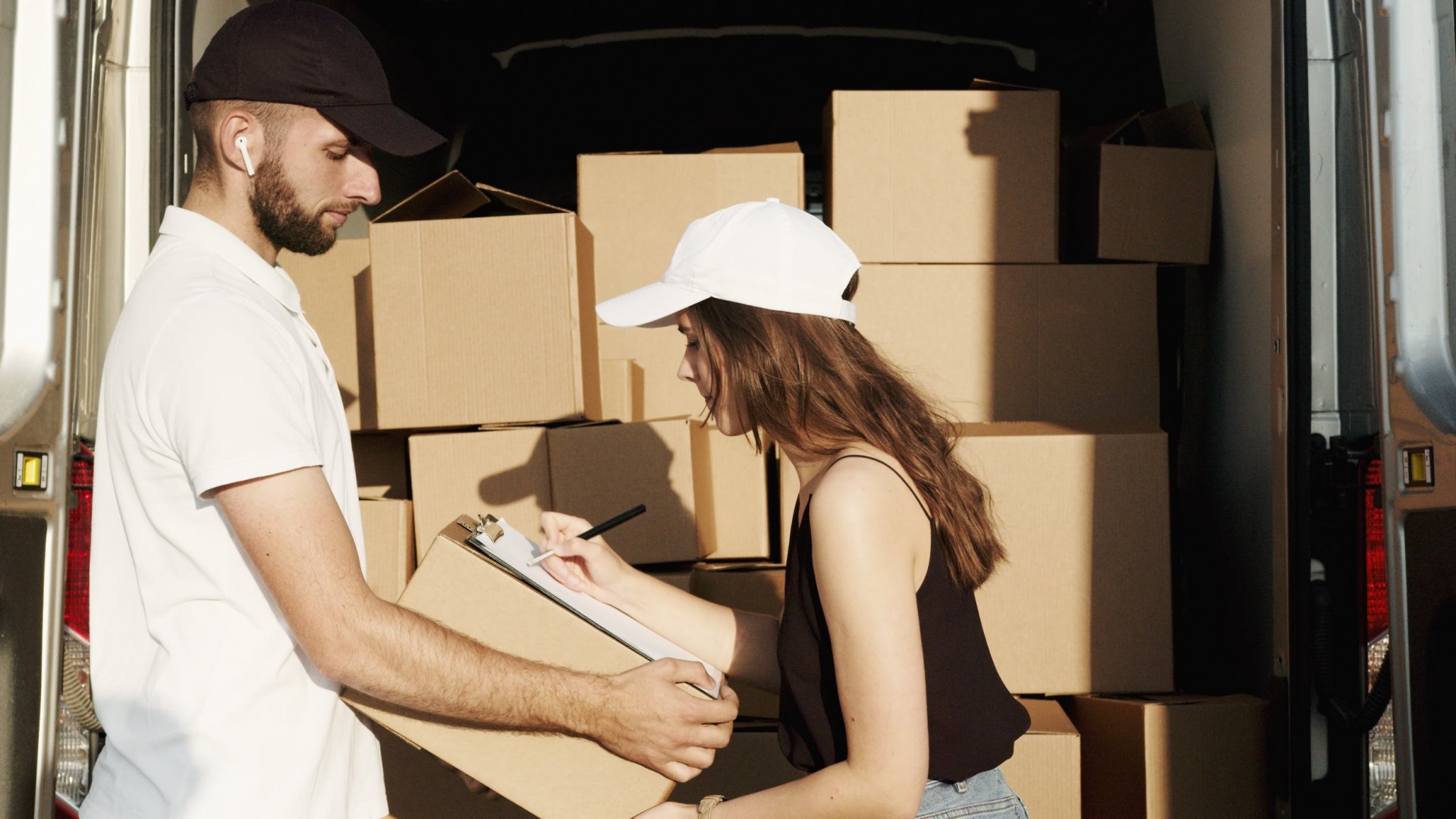 The path of economic development for countries around the world has followed a similar pattern of sectoral shifts: from agriculture to manufacturing to services.

This pattern was followed (at different times) both by today’s high-income countries including the United States, countries western Europe, Japan, and South Korea, and also by rising economies like China.

But the nature of manufacturing has been changing. Across many industries, the importance of low-cost labor has declined, while the cost of machine-driven manufacturing and robotics has been falling while its capabilities keep rising. Dani Rodrik has called this the problem of “premature de-industrialization”–that is, the potential for development through a movement from low-wage manufacturing to higher-wage manufacturing has diminished, even though a number of countries still very much need a path to economic development. Moreover, services have been growing faster than manufacturing for the world economy as a whole.

Can service industries offer an alternative pathway to economic development? Gaurav Nayyar, Mary Hallward-Driemeier, and Elwyn Davies tackle this question in their World Bank monograph At Your Service? The Promise of Services-Led Development (September 2021). Here’s how they set up the discussion:

Evidence suggests that manufacturing-led development in the past delivered the twin gains of productivity growth and large-scale job creation for the relatively unskilled. Underlying these were economies of scale, access to international markets, innovation, and supply chain linkages with other sectors, combined with the ability to leverage relatively unskilled labor with capital. Although services are labor intensive, they often require simultaneous production and consumption that precludes accessing larger markets. Their more limited ability to use capital to improve labor productivity also limits both scale economies and incentives to innovate. Conventional wisdom is therefore pessimistic about the prospects for services-led development.

This book seeks to test that conventional wisdom. To that end, there are two guiding questions. The first concerns whether the services sector has the potential to expand opportunities for poor people within LMICs [low- and middle-income economies] and whether these jobs can raise their productivity over time. … The second question is the extent to which the services sector can help lower-income countries catch up with the productivity and wealth of higher-income countries. 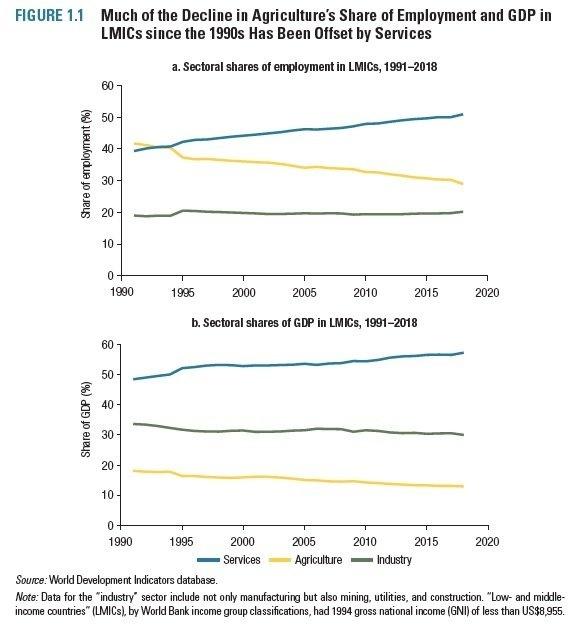 First, industry has played a special, dominant role in East Asia (and to a smaller extent in Eastern Europe), whereas LMICs in other regions, on average, have not benefited as much from industry as a central driver of their development. Second, it is not the case that industry inherently outperforms services. For many LMICs, therefore, the choice between manufacturing- and services-led development is not of dire importance. The data show that services can deliver productivity growth—in several cases, growth that is higher than that of industry. What matters for the longer-term potential of services-led development is whether the features of industrialization that have enabled scale, innovation, and spillovers along with job creation for unskilled labor—as in East Asia—are increasingly shared by the services sector. … It is not necessarily the production of “goods” or ‘“services” per se that matters but how these are produced.

A key insight here is that the nature of production in services is fundamentally changing, thanks in large part to the widespread arrival of information and communications technologies. These technologies allow a number of services to take advantage of economies of scale: for example, think of the issues involved in scheduling and managing trucking or courier services. Along with logistics, it seems that many service industries do have productivity spillovers to other areas: for example, some examples they mention include telecommunications, finance, education, and health care. Many services have become storable: the work can be done and saved online for later use. Services can be standardized and codified: think of uses like on-line banking or computer programming or long-distance examination of medical images. Services can be traded internationally, so developing economies have ways to tap into the buying power of high-income countries in global markets. The interaction of these activities, especially as new information technologies continue to develop and to spread, drives new innovations and economies of scale.

In short, the old-fashioned idea of services in low- and middle-income countries often involves small-scale and individual tasks, not ongoing salaried jobs. The new idea of services holds much more potential for economies of scale, innovation, and cross-sector spillovers, and thus much greater potential for jobs and growth. One possibility mentioned is international medical tourism: “Skill-intensive social services (health and education) are not amenable
to international specialization and will continue to need a substantial domestic presence owing to a significant face-to-face component. However, they also benefit from exporting opportunities, such as through health tourism. Costa Rica, India, Jordan, Malaysia, Mexico, Turkey, and Thailand have emerged as destinations for world-class health care at lower prices.”

Of course, none of this should be taken to mean that economic development is now an easy task. The report goes into some detail about different categories of service industries and their various strengths. It also discusses a policy agenda based on the “four T’s” of trade, technology, training, and targeting. But the report suggests that developing countries need not focus their efforts on low-wage manufacturing as the primary and necessary first step to economic development, and that other pathways are possible.