The Self-Righting Ship: Debt, Inflation and the Credit Cycle

The Self-Righting Ship: Debt, Inflation and the Credit Cycle 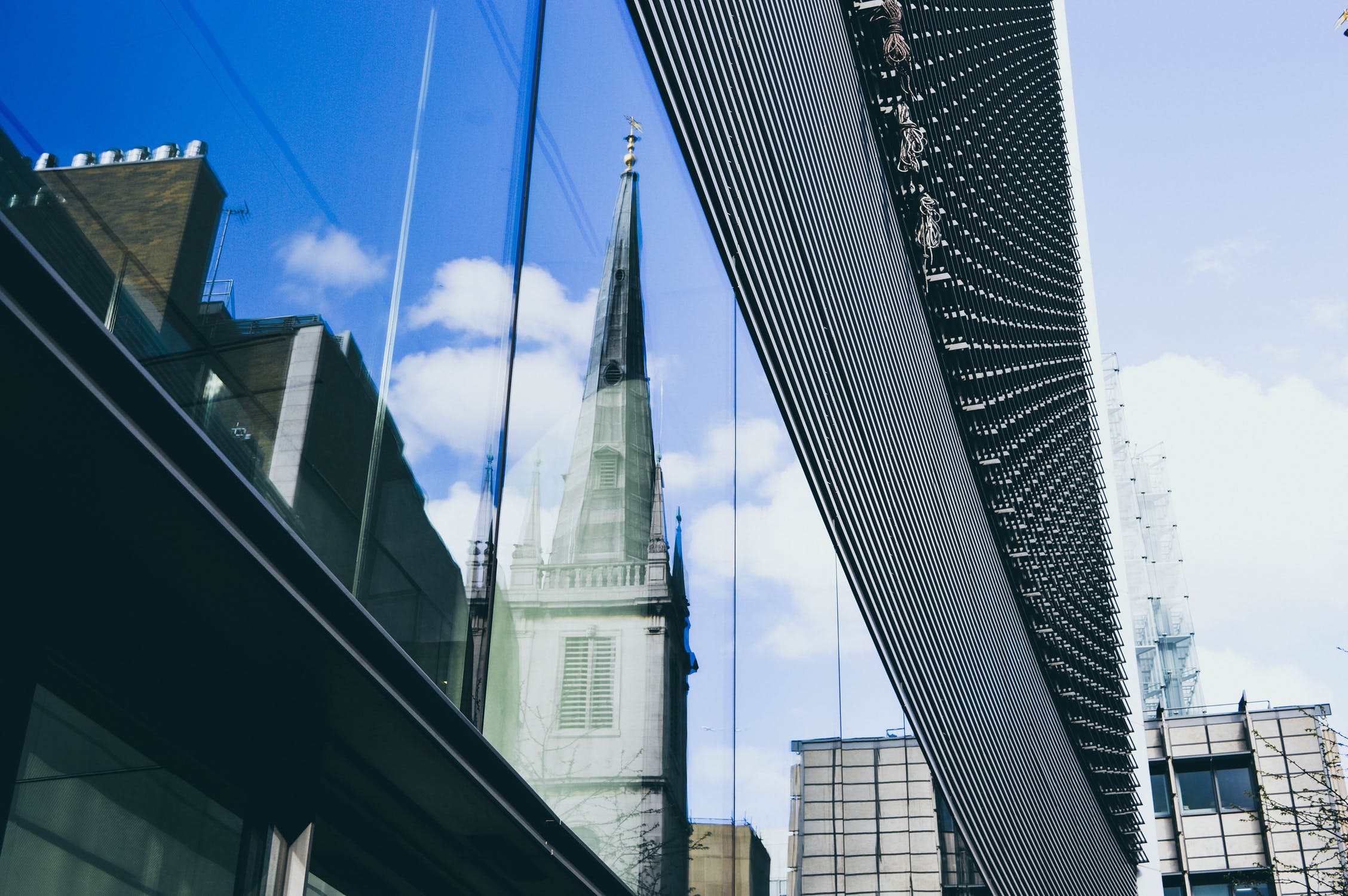 Rising bond yields may already have tempered economic growth. Global stocks are in a corrective phase but not a bear-market. With oil prices under pressure, inflation expectations have moderated.

The first self-righting vessel was a life-boat, designed in 1789. It needed to be able to weather the most extreme conditions and its eventual introduction (in the 1840’s) transformed the business of recuse at sea forever. The current level of debt, especially in the developed economies, seems to be acting rather like the self-righting ship. As economic growth accelerates and labour markets tighten, central banks gradually tighten monetary conditions in expectation of inflation. As short-term rates increase, bond yields follow, but, unlike the pattern seen in the higher interest rate era of the 1970’s and 1980’s, the effect of higher bond yields quickly leads to a tempering of credit demand.

Some commentators will rightly observe that this phenomenon has always existed, but, at the risk of saying this time it’s different, the level at which higher bond yields act as a break on credit expansion are much lower today in most developed markets.

When in Doubt, Look to Japan

For central bankers, Japan is the petri dish in which all unconventional monetary policies are tested. Even today, QQE – Quantitative and Qualitative Easing – is only seriously being undertaken in Japan. The Qualitative element, involving the provision of permanent capital by the Bank of Japan (BoJ) through their purchases of common stocks (at present, still, indirectly via ETFs), remains avant garde even by the unorthodox standards of our times.

Recently the BoJ has hinted that it may abandon another of its unconventional monetary policies - yield curve control. This is the operation whereby the bank maintains rates for 10yr maturity JGBs in a range of between zero and 10 basis point – the range is implied rather than disclosed – by the purchase of a large percentage of all new Japanese Treasury issuance, they also intervene in the secondary market. During the past two decades, any attempt, on the part of the BoJ, to reverse monetary easing has prompted a rise in the value of the Yen and a downturn in economic growth, this time, however, might be different - did I use that most dangerous of terms again? It is a long time since Japanese banks were able to function in a normal manner, by which I mean borrowing short and lending long. The yield curve is almost flat and any JGBs with maturities shorter than 10 years tend to trade with negative yields in the secondary market.

Japanese banks were not heavily involved in the boom of the mid-2000’s and therefore weathered the 2008 crisis relatively well. Investing abroad has been challenging due to the continuous rise in the value of the Yen, but during the last few years the Japanese currency has begun to trade in a broad range rather than appreciating inexorably.

In the non-financial sector a number of heavily indebted companies continue to limp on, living beyond their useful life on a debt-fueled last hurrah. Elsewhere, however, Japan has a number of world class companies trading at reasonable multiples to earnings. If the BoJ allows rates to rise the zombie corporations will finally exit the gene pool and new entrepreneurs will be able to fill the gap created in the marketplace more cheaply and to the benefit of the beleaguered Japanese consumer. My optimism about a sea-change at the BoJ may well prove misplaced. Forsaking an inflation target and offering Japanese savers positive real-interest rates is an heretically old-fashioned idea.

Whilst for Japan, total debt consists mainly of government obligations, for the rest of the developed world, the distribution is broader. Corporate and consumer borrowing forms a much larger share of the total sum. Giving the historically low level of interest rates in most developed economies today, even a moderate rise in interest rates has an immediate impact. Whereas, in the 1990’s, an increase from 5% to 10% mortgage rates represented a doubling payments by the mortgagee, today a move from 2% to 4% has the same impact.

The US Stock Market as Bellwether for Global Growth

Last month US stocks suffered a sharp correction. The rise had been driven by technology and it was fears of a slowdown in the technology sector that precipitated the rout. Part of the concern also related to US T-Bonds as they breached 3% yields – a level German Bund investors can only dream of. Elsewhere stock markets have been in corrective (0 – 20%) or bear-market (20% or more) territory for some time. I wrote about this decoupling in Macro Letter - No 101 - 31-08-2018 - Divergent – the breakdown of stock market correlations, temp or perm? Now the divergence might be about to reverse. US stocks have yet to correct, whilst China and its vassals have already reacted to the change in global growth expectations. Globally, stocks have performed well for almost a decade: -

The next decade may see a prolonged period of range trading. After 10 years, during which momentum investing has paid handsomely, value investing may be the way to navigate the next.

Along with stocks, oil prices have fallen, despite geopolitical tensions. The Baker Hughes rig count reached 888 this week, the highest since early 2015. With WTI still above $60/bbl, the number of active rigs is likely to continue growing.

US 10yr bond yields have already moderated (down to 3.06% versus their high of 3.26%) and stocks have regained some composure after the sudden repricing of last month. The ship has self-righted for the present but the forecast remains turbulent.

View all
Calculated Risks and the Missing Competency of an Anticipatory Mindset
5 Money-Saving Tricks to Remember When Building an Ecommerce Website
5 Situations That Call for the Services of an Employment Lawyer
Leadership: Be More Open and Less Directive, Start With These Words
Don't Forget to Ask These Questions When Hiring an NYC Moving Company
Reimagining Zero Trust - It’s a Continual Practice Not a Product
5 Companies Committed to Hitting Net Zero in 2022
6 Ways to Control Erosion at Construction Sites
Is Deep Learning Useful For Disaster Management?
Energy Crisis: An Unexpected Ally Saved Europe From a Great Blackout
The Negative Environmental Impact Of Robotics
Electrical Engineering & Substation Training Using Virtual Reality
The U.S. Federal Reserve Feeds Cryptocurrency Volatility
Centralization Took Us Here, Cryptocurrencies Will Take Us There
What Three-Card Monte Can Teach you about NFTs
Crypto Has Evolutionary Benefits Not Revolutionary Hype
What Is A Bid Bond And How Does It Work? Find Out Here
The Growing Role of Machine Learning in Fraud Detection
Sectoral Training: Does it Work?
How Interest Rate Hikes May Trigger a Recession
Public Opinion on Capitalism and Socialism
Why Football Needs a Revolution? Introducing Football 4.0
Central Bank Digital Currency: The Fed Speaks
Who Benefits from Canceling Student Loans?
Is Artificial Intelligence Fueling a Nuclear Arms Race?
Dubai Becomes World’s First 100% Paperless Government
Is Social Media the Breeding Ground For Fake News?
Why Countries Need A National Artificial Intelligence Strategy
Money versus Currency: How Governments Steal Wealth
Eric Zemmour Officially Announces His Candidacy For French Presidency
How Augmented Reality is Helping Disabled People
The Forgotten Pandemic: The Shortage of Nurses
Pandemic Risks, Responses & Responsibilities: A Tale of Four (Bungled) Phases
Why Do Space Agencies Want to Bring 3D Metal Printing to Space
The Truth About Sugar Substitutes: Risk of Stroke and Dementia Masked by Simple Colors
Robotic Surgery: Benefits and Perspectives
How to Get Your Garden Ready For Spring
Why the Best Leaders Don’t Care About Tenure
Once You See It, You Can't Unsee It: The Galileo Complex
What I Learned as Japan's First Professional Podcaster
Everything You Need to Know About Writing a Book
Does Your Body Language Project Leadership Presence?
Is the Blockchain Technology Doing Any Good to the Transportation Industry?
Is The World Ready for Instant IoT?
How Design Thinking Can Reboot Your Life & Career During A Crisis
Rethinking Data Science and Engineering: Data Sets and Time Series
Digital Ponzi Schemes: The Dark Side of Metaverse, Cryptocurrency & NFTs
Is It Time To Replace Manual Work Interactions with Artificial Intelligence?