The Shifting Wealth of Nations: Thoughts on Argentina and Socialism

The Shifting Wealth of Nations: Thoughts on Argentina and Socialism 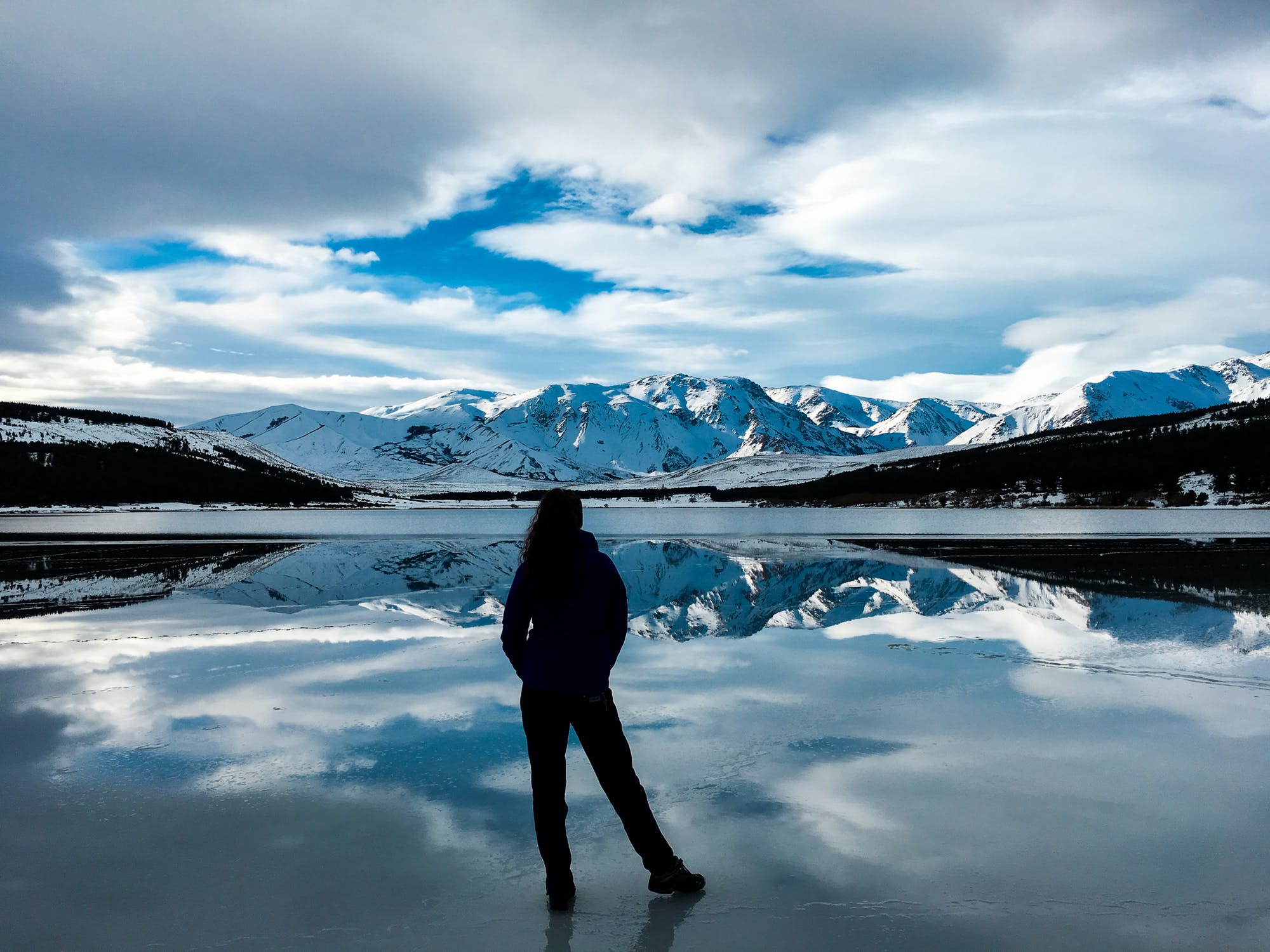 Discussions of socialism often consist of throwing examples at each other. What about Sweden and Norway? Well, what about Venezuela and the Soviet Union? In an "Eye on the Market" brief written for JP Morgan, Michael Cembalist writes "Lost in Space: The Search for Democratic Socialism in the Real World, and how I ended up halfway around the globe from where I began"(June 24, 2019).

Cembalist makes the point that if the Nordic countries are taken to be the definition of "socialism," it is certainly true that they have higher social benefits and more government spending focused on redistribution. However, it's also true that the social largesse of the Nordic countries is  heavily funded by taxes paid by the middle-class, like value-added taxes (a form of national sales tax) and payroll taxes, rather than by taxes on those with higher incomes or wealth. In addition, Cembalist points out that the Nordic countries are extremely conscious of the need to have a strong private sector as the basis for supporting their more expansive welfare states. He provides an array of evidence that these countries have greater business freedom, more free trade, and lower levels of government effort to regulate firms or to push back against oligopolies.  I've made similar arguments here, as in "The Scandinavian Style of Capitalism" (November 5, 2018).

It would be an interesting political development if a prominent US politician did take a Nordic "socialist" position: extremely pro-business and pro-trade, favoring higher middle-income taxes, and with high spending on those with lower incomes. But I'm not aware of any prominent US politician actually staking out the Nordic combination of positions.

Cembalist argues that if one thinks of socialism as involving heavy government regulation affecting business, hiring, and workers, high taxes and government spending, and limits on international flows of goods and capital, then Argentina is a leading example. Whether you agree with his discussion of Argentina as the true prototypes of "socialism" or not, he provides a couple of striking figures showing the evolution of the wealth of nations around the world that are of broader interest beyond this particular context.

The first figure shows the ratio of current per capita GDP for a number of countries to the per capita GDP in 1913. Countries that were very poor in 1913 (small denominator) and have had strong growth in the last century (big numerator) will do well on this ratio. Thus,  Taiwan, South Korea, Singapore Hong Kong, Japan, and China are on the far left of the figure, where standard of living as measured by per capita GDP has risen by a multiple of 20 to 40. The US is in the middle, clustered with a lot of other countris that were relatively well-off in the world rankings back in 1913, with per capita GDP rising by a multiple of 7-8. On the far right are countries with relatively little growth in 1913, but haven't grown much since. Argentina is the last entry, accompanied by Syria, South Africa, Algeria, and Ghana. 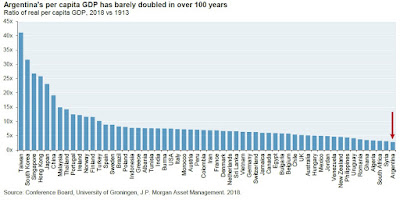 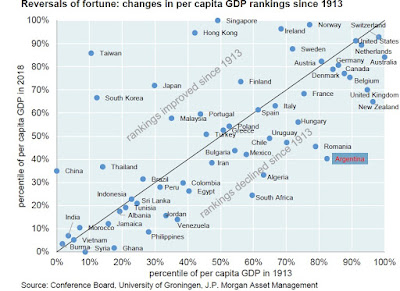 Of course, per capita GDP is a rough-and-ready measure of well-being. The choice of appropriate exchange rate will make a big difference, for example. But at least to me, the overall shape of the patterns in these figures gives a fair sense of the shifts in the wealth of nations over time.