The Shrinking US Role in World Car Markets

The Shrinking US Role in World Car Markets 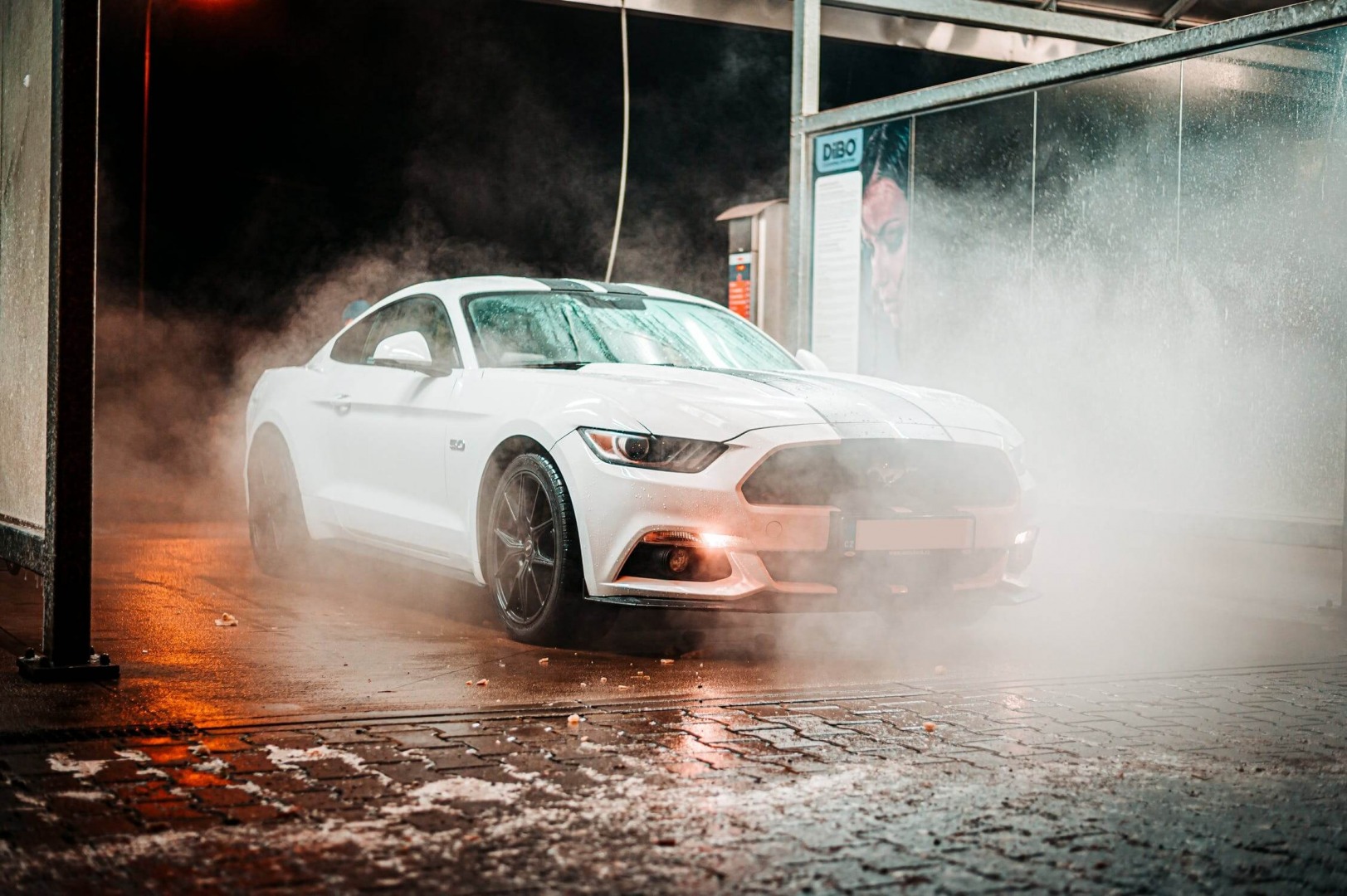 Within the US, I often find a widespread sense that what happens in US (and perhaps also European) car markets will be the key factor in shaping world car markets.

The estimates of the US share of global car registration is from the latest version of the Transportation Energy Data Book, put together by Stacy C. Davis and Robert G. Boundy for Oak Ridge National Laboratory (vol. 39, updated April 2021). Here’s some other data from that volume.

This table shows car production by country for 2000 and 2018. The US now runs a distant fourth, behind China, Japan, and and Germany, just ahead of India, Brazil, and Spain. 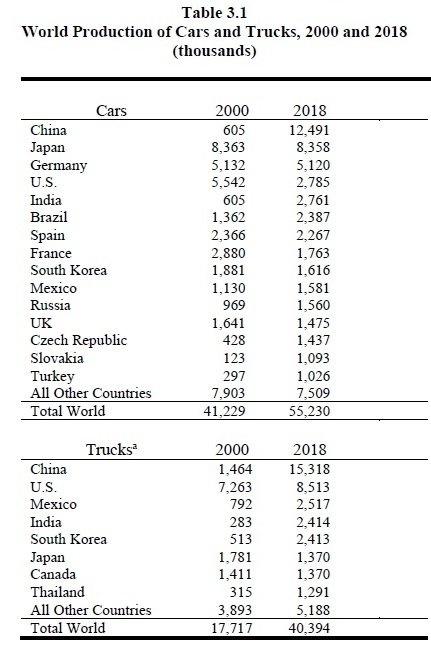 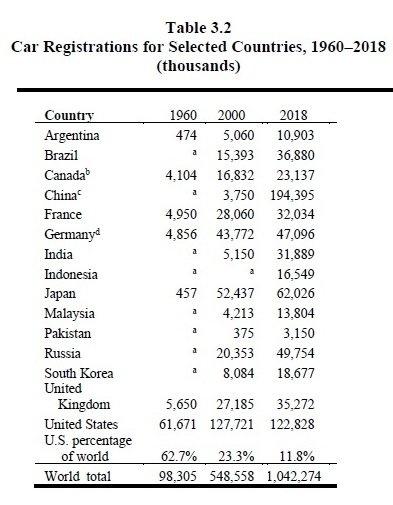 Of course, the fundamental driver of the rising share of global car production and usage outside the US is a result of faster-growing economies in those places. How much farther do other countries have to go before they begin to approach US levels of car ownership? 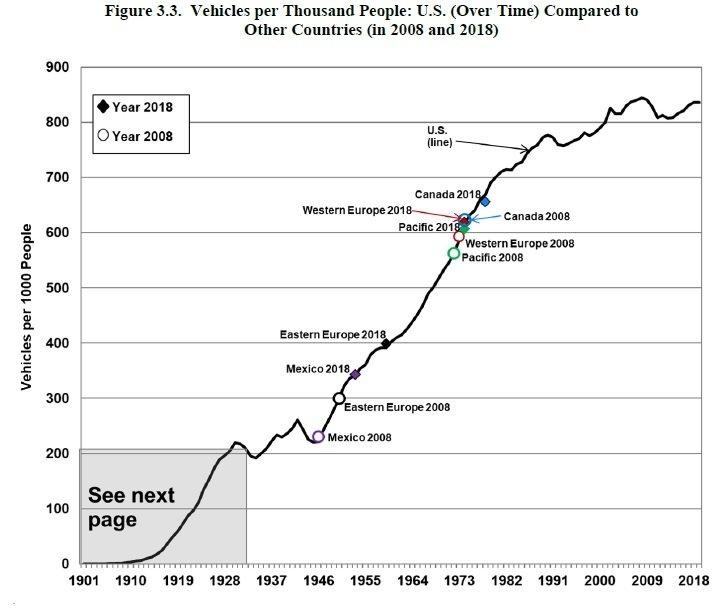 What about China and India and others? To see where they are on this line, the second figure is a blow-up of the bottom left corner of the above figure. Here, the rise in US car consumption goes only from 1900 to 1930. You can see that Brazil’s vehicle ownership in the 2018 was at about the same level (per 1000 population) as the United States in the late 1920s, while China’s vehicle ownership in 2018 per 1,000 people was at about the US level of the early 1920s. 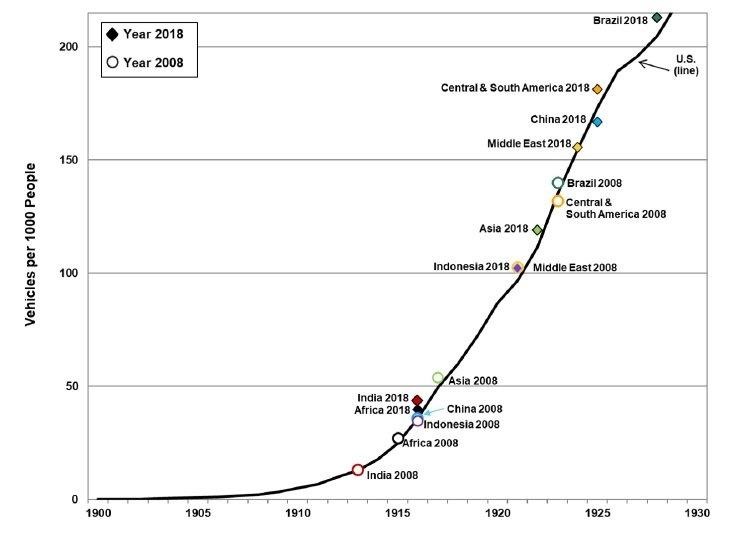 In short, the future of the global car industry in terms of sales and technology and how automotive technology affects the world’s environment is going to be written largely outside US borders. A just-released study of demand for cars in China found an income elasticity of demand for cars in China of 2.5: that is, every 10% rise in incomes in China (roughly what has been happening every year or so) has been leading to a 25% rise in quantity of cars demanded.