The Slow Magic from Agricultural R&D

The Slow Magic from Agricultural R&D 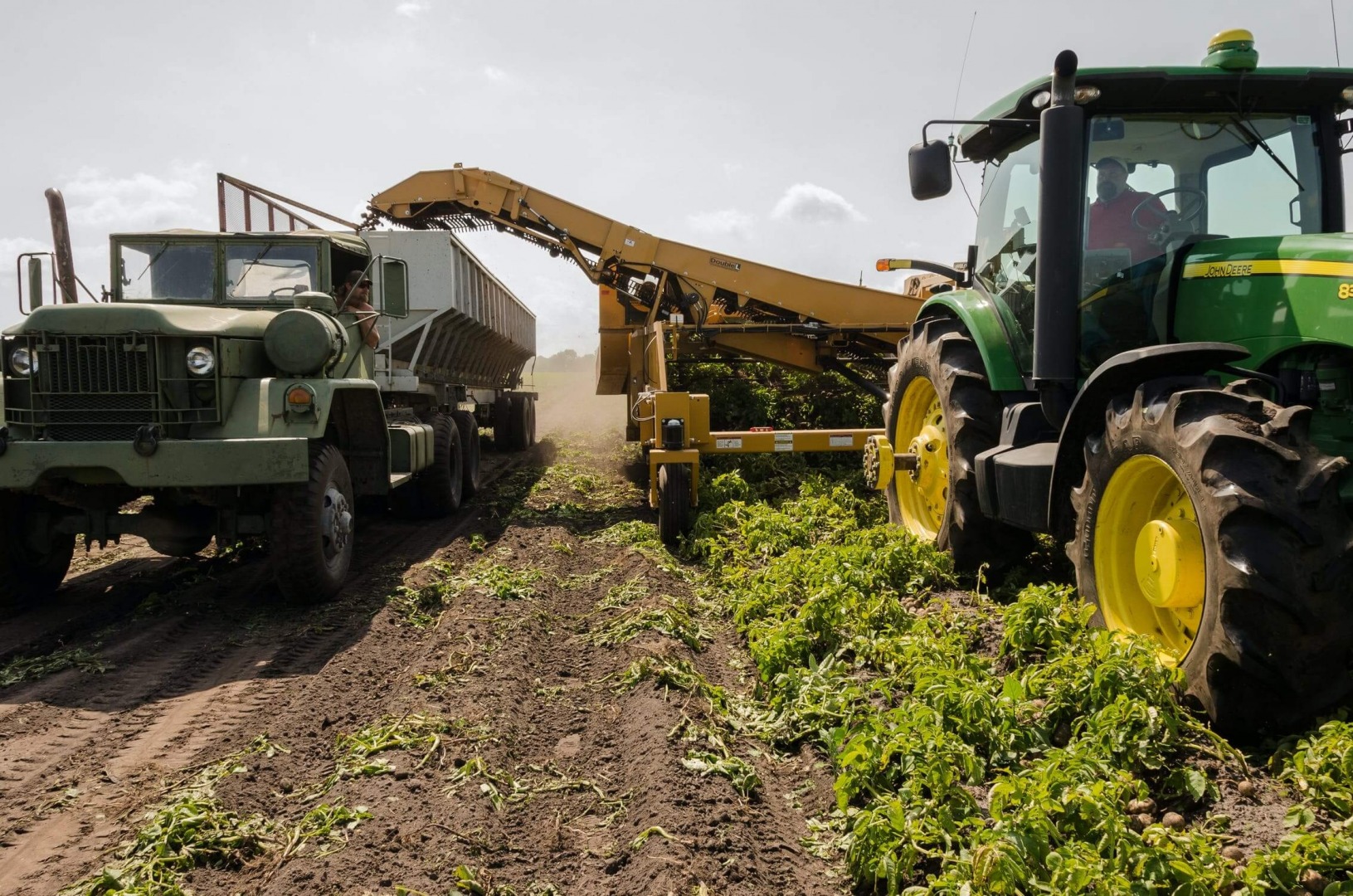 For much of human history, a majority of people have worked in agriculture.

In the countries of sub-Saharan Africa, about half of all workers are currently in agriculture--more in lower-income countries.

The process of raising the overall standard of living requires a rise in agricultural productivity, so that a substantial share of workers can shift away from agriculture, and thus be able to work in other sectors of the economy. In turn, rises in agricultural productivity are typically driven by research and development, which has been lagging. Julian M. Alston, Philip G. Pardey, and Xudong Rao make the case in "Rekindling the Slow Magic of Agricultural R&D" (Issues in Science and Technology, May 3, 2021).

The authors discuss CGIAR, which stands for Consultative Group on International Agricultural Research. This system was started in 1971. The authors note: "The CGIAR was conceived to play a critical role, working in concert with national agricultural research systems of low- and middle-income countries, to develop and distribute farm technologies to help stave off a global food crisis. The resulting Green Revolution technologies were adapted and adopted throughout the world, first and foremost in South Asia and parts of sub-Saharan Africa and Latin America where the early centers of the CGIAR were located. In 2019 the CGIAR spent $805 million on agricultural R&D to serve the world’s poor, down by 30% (adjusted for inflation) from its peak of over $1 billion in 2014 ... "

For perspective, total public and private spending by low-income countries on agricultural R&D is roughly equal to what is spent through CGIAR. The payoff from this spending has been on the order of 10:1.

The CGIAR research record has been much studied, but questions remain about the past and prospective payoffs to the investment. Similar questions have been raised about public investments in the agricultural research systems of various nations—particularly those of poor countries that receive substantial development aid from richer countries. To address those questions, we conducted a comprehensive meta-analysis of more than 400 studies published since 1978 that looked at rates of return on agricultural research conducted by public agencies in low- and middle-income countries. Of that total, 78 studies reported rates of return for CGIAR-related research and 341 studies reported rates of return for non-CGIAR agricultural research. (Full details of the meta-analysis are online at supportagresearch.org.) ...

Across 722 estimates, the median ratio of the estimated research benefits to the corresponding costs was approximately 10:1 for both the CGIAR (170 estimates) and national agricultural research systems of developing countries (522 estimates). In other words, $1 invested today yields, on average, a stream of benefits over future decades equivalent to $10 (in present value terms). ...  Notably, all these estimated benefits accrued in developing countries, home to the preponderance of the world’s food poor. And yet, rich donor countries also reap benefits by adopting technologies developed by CGIAR research—“doing well by doing good.” For example, the yield- and quality-enhancing traits bred into new wheat and rice varieties destined for developing countries are also incorporated into most varieties used by rich-country farmers.

But as noted earlier, CGIAR funding is down 30% in the last few years. Also, I was surprised to notice that the Gates Foundation alone is more than one-eighth of then entire CGIAR budget. 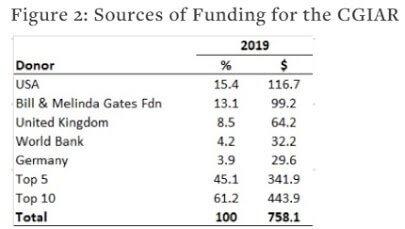 We are talking here about quantities measured in hundreds of millions of dollars--not even a single billion, much less the trillions that are being discussed in various pandemic-relief programs. The benefits of agricultural R&D seem enormous, but the world is not stepping up to the opportunity.

View all
Ducci Electrical Contractors Prepare for The Future by Investing in State-of-the-Art Construction Equipment
The Power Of Video Marketing For E-Commerce Remote Workers
Kanban – Build Adaptive Capability
5 Time-Tested Pointers to Build a Successful Online Enterprise
How An Activity Fit Map Will Set Your Business Apart From Your Competitors
Why Building Trust In Your Business Brand Is Essential? Here Are 6 Ways To Elevate Your Brand
Is Sustainable Fashion Overhyped?
Why IoT Will Dominate The Future Of Energy Generation
What Are Banks Doing to Combat Climate Change?
Is Geoengineering Research Objectionable?
How VR is Being Used for Renewable Energy Training
Whither Battery Power?
Green Finance Can Create a Sustainable World. Here’s How.
Best Payment Methods For Your Online Business
Why The Financial Services Sector Need To Invest in Voice Assistants
Is Exness A Scam or A Legit Forex Broker?
How to Create an Efficient Student Monthly Budget
Geo-Politics and Banking: Caught in the Middle
The World Bank Kills Its “Doing Business” Report
Mulling Pandemic Advice from September 2019
International Corporate Taxation: What to Tax?
COVID-19: Lessons to Learn from the Global Pandemic
How Poverty Changed in 2020: Mixed Measures
The COVID Instant Experts: Too Many Experts, Too Little Knowledge
How Long Can Vladimir Putin Stay in Power?
The Eurozone Is Going Down The Japan Way
How AI Can Be Deployed To Improve Immigration Control In Countries
How Stalin and the Nazis Tried to Copy Henry Ford
China Crackdown is About Political Control
How to Create Intelligent Governments with Artificial Intelligence
Stunning News about Diet and Weight
How Tesla is Using Big Data: Benefits & Challenges of Big Data in Self Driving Cars
Which Jobs Will Survive Artificial Intelligence? Here Are The Jobs That Will Remain & Disappear Following The AI Takeover
What's Fundamentally Wrong With Machine Learning?
On The Nature of Vaccine Reticence
Addressing Disability Bias In Artificial Intelligence
How to Determine If Respiratory Disorders Qualify for LTD Claims?
Peerless Goalscorer Greavsie Played like Messi before Messi
Devise a Reward, Then Conquer
From EA to Chief of Staff: The Journey First, Please. Then, the Title.
5 Work From Home Tips to Stay Motivated
NHS Workers Deserve More Gratitude: How Do We Show It?
How To Design The Best Landing Page: 5 Critical Tricks To Improve Conversion
Technology as Empowerment 5G for Good
5 Cloud Computing Trends That Are Playing A Major Role in 2021 & Beyond
5 Web Design Resources That Will Inspire Your Website
Advantages of Developing a Mobile Business App
What is the Difference Between AirPods and AirPods Pro?

How to Determine If Respiratory Disorders Qualify for LTD Claims?
How To Design The Best Landing Page: 5 Critical Tricks To Improve Conversion
Peerless Goalscorer Greavsie Played like Messi before Messi
Technology as Empowerment 5G for Good
The World Bank Kills Its “Doing Business” Report