US Income Inequality Through the Prism of Different Studies

US Income Inequality Through the Prism of Different Studies 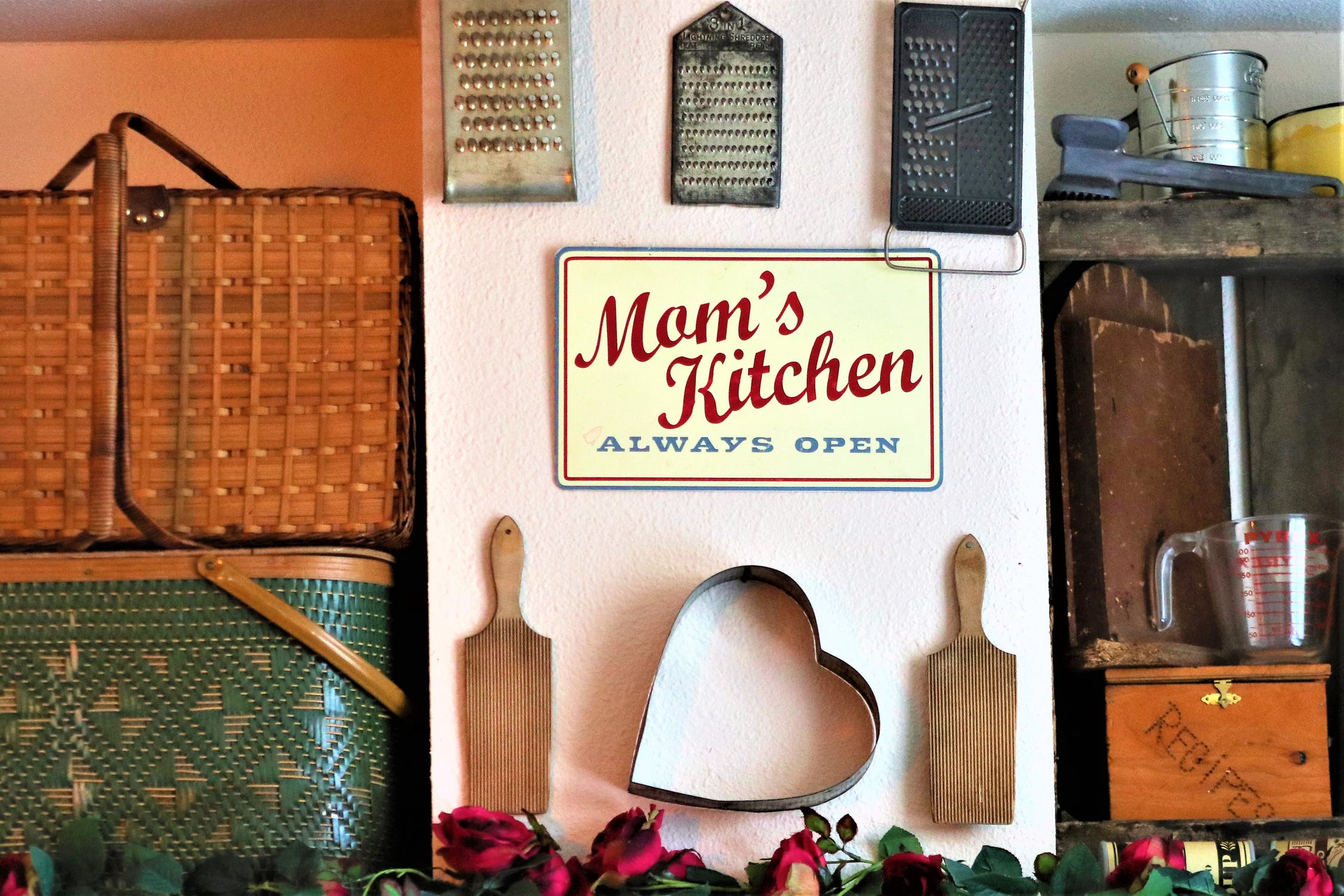 Studies of income inequality use different measures of income, and unsurprisingly, reach some different results. Steven J. Rose lays out some differences in the major studies looking at changes in inequality of US income since 1979 in "How Different Studies Measure Income Inequality in the US," just by the Urban Institute (December 2018).

This table gives a sense of some of the issues involved. The question is seemingly a straightforward one: that is, what is the median income growth from 1979 to 2014. But the answers range from -8% to +51%. 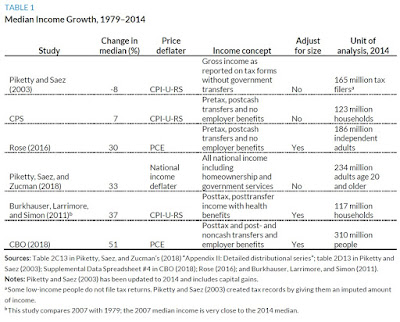 Why do the answers vary? The rest of the table gives some clues. Most of these studies rely on data from the Current Population Survey from the US Census Bureau, but some rely on data from income tax returns. The indexes used to adjust for inflation are different. The definition of income can be before-taxes and before-transfers, or after-taxes and after-transfers. A value can be placed on non-income government benefits, like the value of Medicaid and Medicare, or not. A value can be included for employer-paid benefits, or not. Income can be defined broadly as including gains in home values in a given year, or more narrowly focused on income directly received in a given year. The figures can be adjusted for the number of people per household, or not.

These kinds of issues will matter for measures of inequality, too. For example, consider the question of what share of total income went to the top 1% of households in 1979 and 2014. Here's a table from Rose:

But some studies use methods which suggest the share going to the top 1% has risen by much less. Here's how Rose describes the different methodological choices made by the Auten and Splinter study shown here:

"Auten and Splinter note that many high-income people control how and when they get paid. When marginal tax rates were high (at least 70 percent) before 1980, many executives and business owners minimized their cash payments and increased their ownership stakes’ net worth. In 1986, marginal tax rates fell to 28 percent, thus changing executives’ and business owners’ compensation preferences. Consequently, Auten and Splinter developed a measure of `consistent market income' for each year.

"Auten and Splinter exclude dependent tax filers, adjust incomes for family size, and stratify, as CBO does, with equal numbers of people in each percentile. This approach is considerably different from that of Piketty, Saez, and Zucman, who count every person over age 19 (where married couples share joint income and dependents have only their personal income). This difference may seem trivial, but it leads to a much larger number of low-income cases in Piketty, Saez, and Zucman’s report than in Auten and Splinter’s.

"Finally, Auten and Splinter allocate the 17 percent of national income that is collective consumption (e.g., defense, education, police, fire, courts, and administration) differently than do Piketty, Saez, and Zucman, who apportion this total per individuals’ disposable income. Auten and Splinter evenly split collective consumption between per capita and posttax incomes. This difference moves about 3 percent of national income from the top 10 percent to the bottom 50 percent."

Rose mentions some other studies that do not offer a direct comparison of 1979 to 2014, but over a roughly similar time period suggest that the top 1% is not increasing its share of income as much as some other studies suggest. For example, some studies have mixed in data from the Survey of Consumer Finance which is done every three years by the Federal Reserve. He writes:

"Bricker and colleagues (2016) are researchers at the Federal Reserve Board closely involved in producing and disseminating information from the Survey of Consumer Finances. ... [T]his study attempts to allocate all national income to families and finds a small gain in the top 1 percent’s income share, from nearly 16 percent in 1988 to nearly 18 percent in 2012. Larrimore and colleagues (2017) find a small gain (under 2 percentage points) in the top 1 percent’s income share. This study uses a combination of income tax records, the CPS, and the Survey of Consumer Finances to estimate capital gains accrual by year for every class of capital ownership, including homeownership by county and by tax-preferred retirement accounts."

What's the bottom line here? Rose tries to apply a common standard across all of these studies, following the guidance of the "Canberra Group" of experts in this area. He writes:

"[T]he top 10 percent of the income ladder captured 45 percent of income growth from 1979 to 2014; and  the share of the top 1 percent grew 3.5 percentage points. All studies find that income inequality rose after 1979, but common perceptions that all income gain went to the top 10 percent and middle class incomes stagnated (or even declined) are wrong."

I won't try here to dig down into the merits of these different approaches. I'll just note that when hearing someone make a claim about patterns of inequality, knowing exactly what they are measuring will have a big effect on the answer they give.