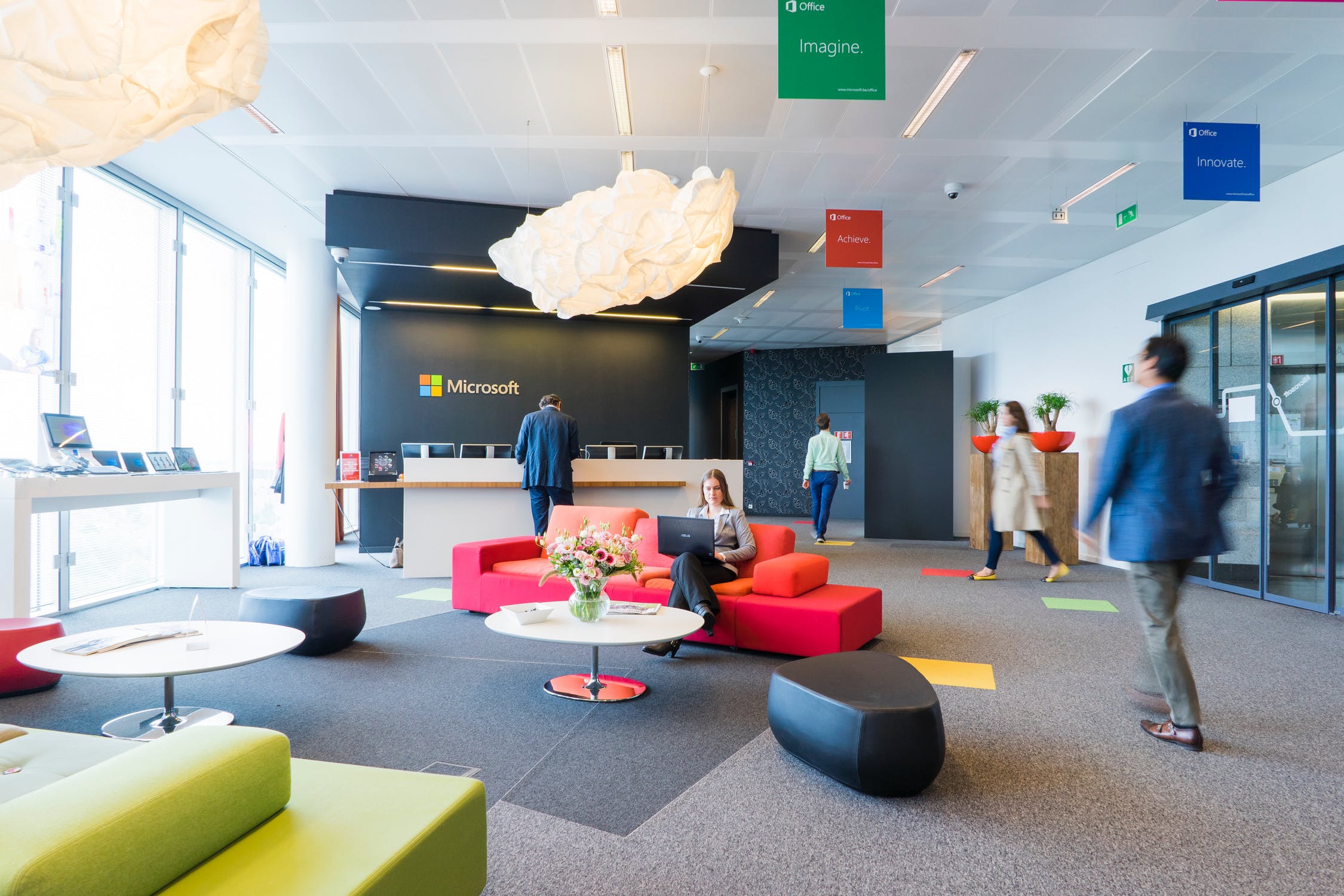 The Tax Cuts and Jobs Act of 2017 largely eliminated taxes on US multinational corporations when they bring profits earned in other countries back to the use. As a result, there has been a dramatic rise in the dividends that U.S. parent companies received from their their foreign affiliates. Sarah A. Atkinson and Jessica McCloskey of the US Census Bureau offer some striking illustrations of this change, along with other data on international flows of investment in and out of the US economy, in "Direct Investment Positions for 2018: Country and Industry Detail," published in the August 2019 Survey of Current Business.

For example, here's a look at "outward direct investment" of US multinationals abroad. In any given year, the amount of outward direct investment can change for several reasons, but one key issue is whether earnings from other countries are reinvested abroad, or whether they are returned to the US. As the figure shows, US multinationals have been reinvesting about $300 billion per year in foreign earnings in other countries. In 2018, they instead brought almost $300 billion back to the US economy.

Change in the Outward direct Investment Position by Component, 2009-2018 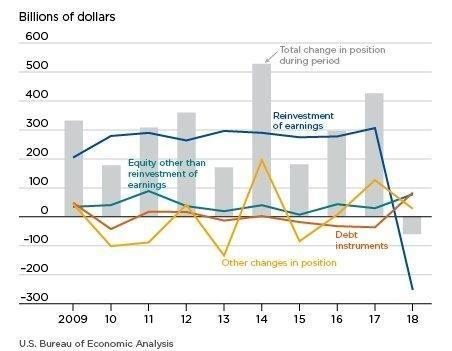 The figure below shows the pattern described in the previous text: that is, in 2018 total earnings of US multinationals on their foreign investments was $524.6 billion. However, total dividends paid to US corporate parents was $776.5 billion. Thus, the overall reduction in the stock of US foreign investment abroad was a drop of $251.9 billion. 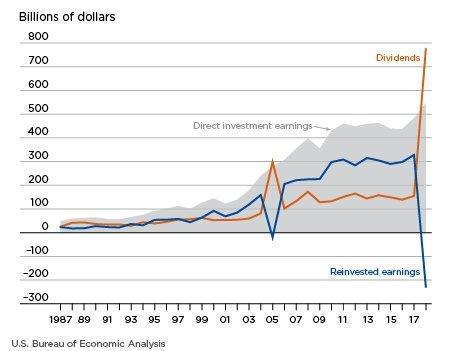 The authors also point out the countries from which these repayments to US corporate parents are arriving. They add:

Of course, the actual physical location of US multinationals abroad is not mainly in Bermuda, Netherlands, and Ireland. Instead, these locations are where US multinationals have been holding large quantities of assets in an effort to reduce cases. For example, here's a discussion of the "Double Irish Dutch Sandwich" method for moving profits across international borders to reduce corporate taxes, and here's a broader discussion of "How US Multinationals Shifting Income to Foreign Countries Reduces Measured GDP."

As US multinationals bring home profits earned abroad, it will be interesting to track the results. Is some of the money paid out to shareholders? Will it be invested in new corporate projects, or will it be held as a liquid asset? Will this repatriation of profits affect stock market prices?