US Multinationals Producing Elsewhere: In the Trade War Crossfire

US Multinationals Producing Elsewhere: In the Trade War Crossfire 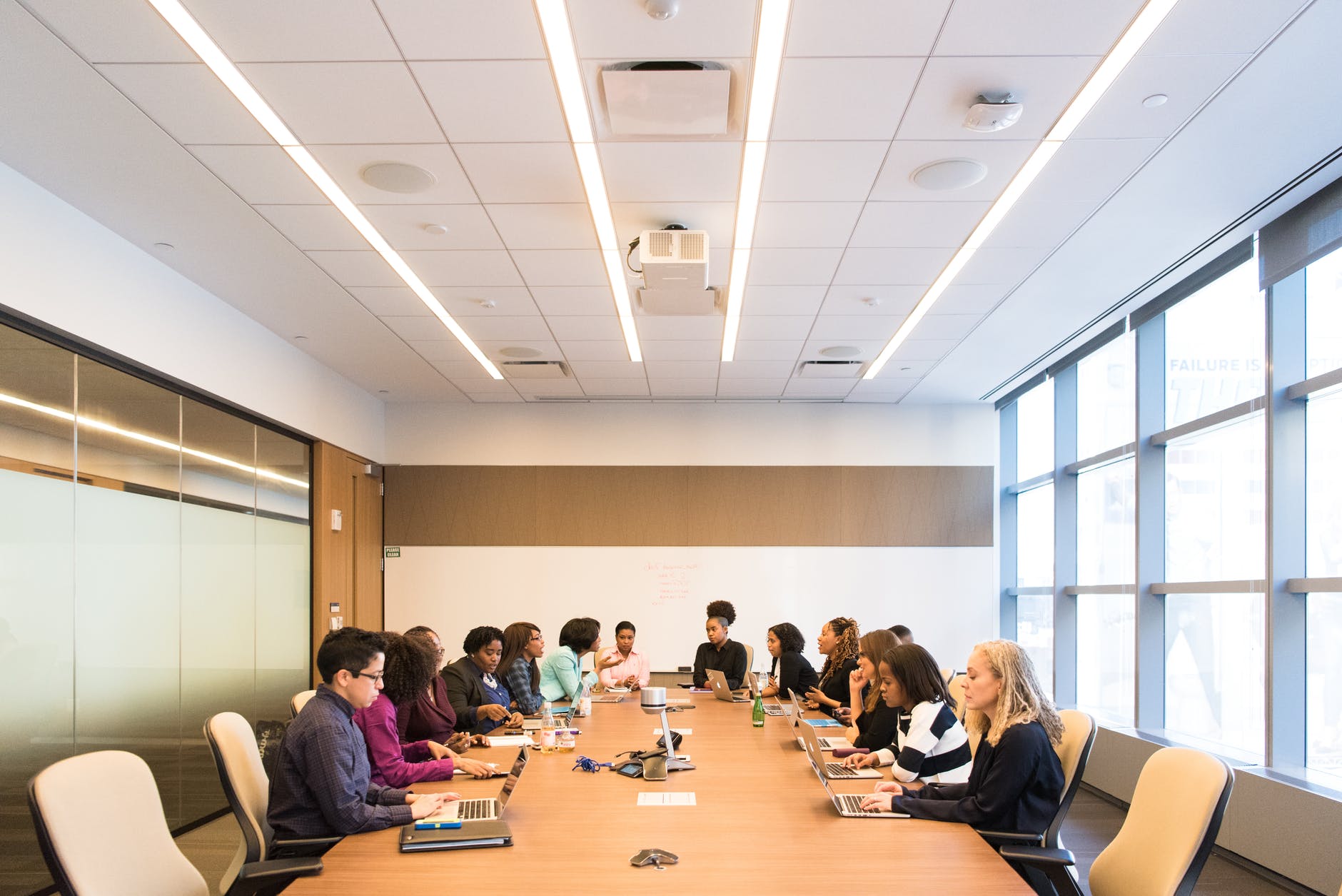 Most of the fuss about international trade focuses on goods and services that cross international borders. But a number of major US multinational companies--GM, Ford, Starbucks, Nike, and others--have  both production facilities and large sales in China. For example, GM sells more cars in China than in the United States. Overall, US exports of goods and services to China in 2016 were $170 billion; but total revenues of US multinationals producing and selling in China that year was twice as high at  $345 billion.

The US Bureau of Economic Analysis has just published "2016 Data on Activities of U.S. Multinational Enterprises,"(August 24, 2018). The focus is on "majority-owned foreign affiliates" of US companies. These operations split up the production process across international boundaries: some of the value-added in the US, some in the other country. The BEA report notes:

Here are a few graphs with some comparisons. The first figure shows that the US domestic amount of value-added for these US multinationals is much higher than the share of their foreign affiliates, as is the amount of investment spending on plant and equipment and on research and development. Most of the employment of these companies is US-based, too. 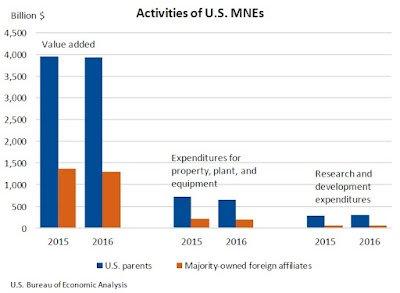 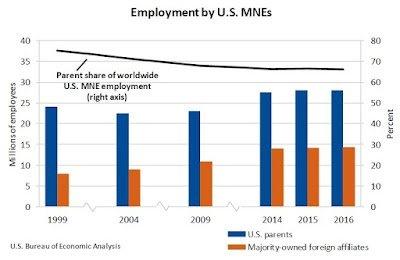 Unsurprisingly, most of these US multinationals are focused on other high-income countries. Of the $5.7 trillion total sales for these majority-owned foreign affiliates in 2016, about half was from European affiliates, and another 10% from Canadian affiliates.

As noted before, sales of US majority-owned foreign affiliates in China were $345 billion in 2016. However, the value-added by those foreign affiliates was just $65 billion, meaning that the vast majority of the value-added for these sales was attributed to sources outside China. For example, a GM car assembled in China included both tangible parts and intangible engineering expertise from other countries outside China.

Total employment in China by these US majority owned foreign affiliates was 1.7 million in 2016. But before you start thinking that the US firms should have hired US workers instead for these  jobs, total compensation for the Chinese employees was $29 billion, which works out to an annual salary of about $17,000 per year. That's good pay in China, but pretty close to minimum wage in the US economy. Taken together with the value-added numbers, it suggest that the US majority-owned foreign affiliates in China (as in other places) are helping to support  higher-paid US jobs.

In a trade war crossfire, US multinational enterprises that produce in other countries are very exposed. They have a lot of money and effort invested in cracking open foreign markets and operating there. But given their location, they are vulnerable to foreign politicians who want to fire off a few trade war shots of their own.