US Population Growth at Historic Lows

US Population Growth at Historic Lows 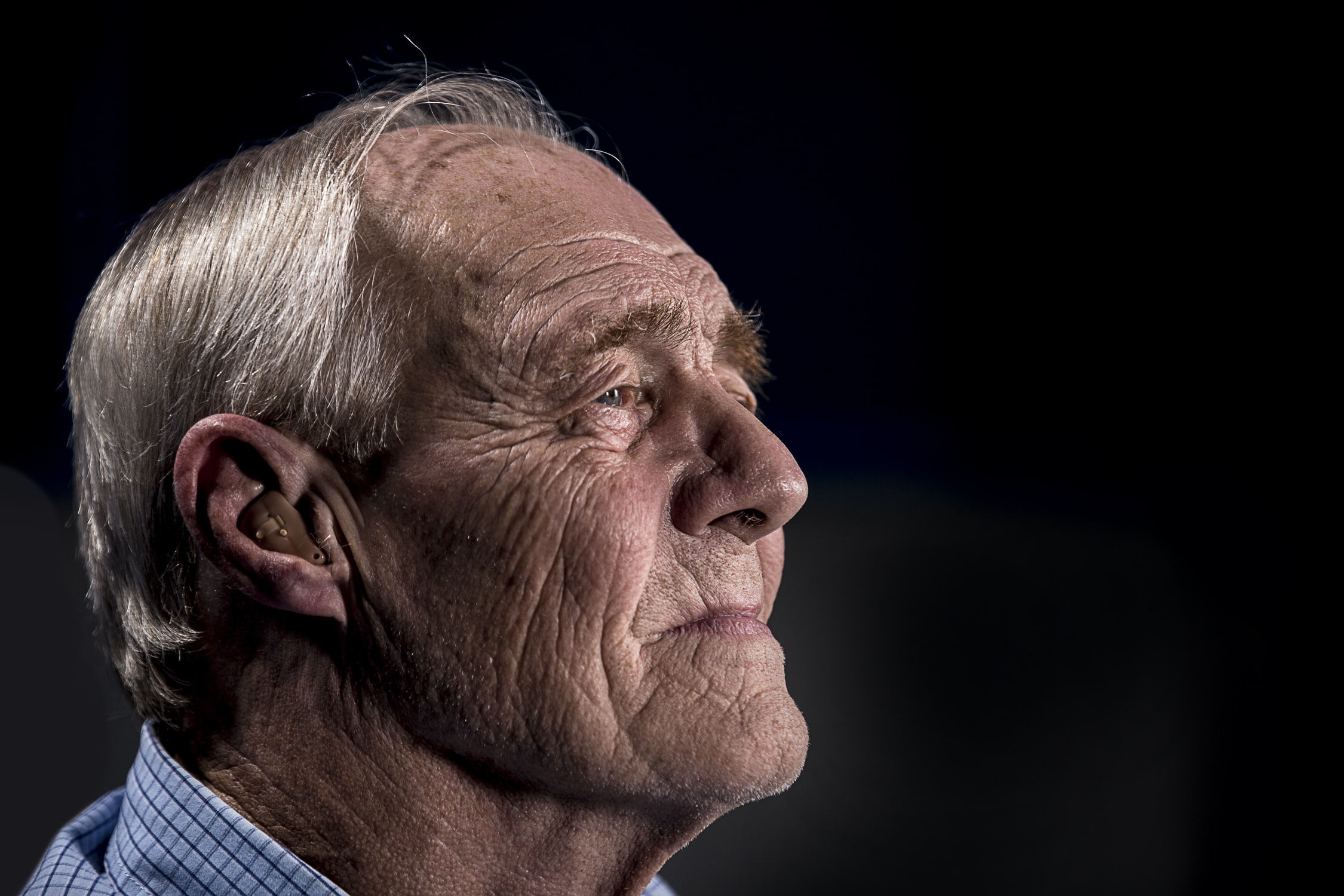 The 2010s are the slowest decade for population growth in US history, slower even than the 1930s.

It looks as if the next few decades will be even slower. William Frey offers an historical perspective in "Demography as Destiny" (Milken Institute Review, Second Quarter 2020, pp. 56-63). 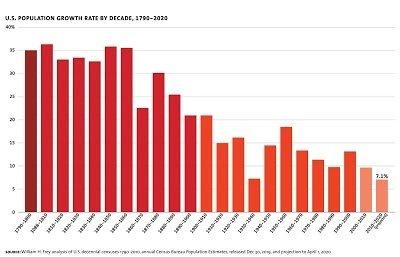 For a forward-looking projection, Jonathan Vespa, Lauren Medina, and David M. Armstrong have written "Demographic Turning Points for the United States: Population Projections for 2020 to 2060" (US Census Bureau, Issued March 2018, revised February 2020). The US population growth rate in the decades of the 2010s was 7.1%, as shown in the graph above. The Census predictions are for US population growth of 6.7% in the 2020s, 5.2% in the 2030s, and 4.1% in the decade of the 2040s. They write (references to figures omitted):

The year 2030 marks a demographic turning point for the United States. Beginning that year, all baby boomers will be older than 65. This will expand the size of the older population so that one in every five Americans is projected to be in the retirement age. Later that decade, by 2034, we project that older adults will outnumber children for the first time in U.S. history. The year 2030 marks another demographic first for the United States. Beginning that year, because of population aging, immigration is projected to overtake natural increase (the excess of births over deaths) as the primary driver of population growth for the country. As the population ages, the number of deaths is projected to rise substantially, which will slow the country’s natural growth. As a result, net international migration is projected to overtake natural increase, even as levels of migration are projected to remain relatively flat. These three demographic milestones are expected to make the 2030s a transformative decade for the U.S. population.

Of course, records and trends are made to be broken. For example, the "baby boom" after World War II was a dramatic break in the trend from what would have been predicted by someone looking at the previous century of experience.

But barring such an event, it's safe to say that the US economy is headed for uncharted demographic waters, which in turn may shift economic patterns. Is it just a coincidence that when population growth rates started slowing down after the 1960s, so did rates of US economic growth? And that the spurt of US economic growth in the 1990s coincided with an upward bump in the population growth rate?

For example, higher rates of population growth in the past often meant an expanding market for goods like houses and cars. Conversely, it seems plausible that as population growth rates fall, and the proportion of elderly rises, the house-building industry will become a smaller share of the economy. However, one can imagine scenarios where people use more living space, or perhaps it becomes more common to own a faraway property that can be rented out much of the year, where construction continues at a similar pace. A slowing rate of population growth, especially in working-age adults, should in theory help the position of labor in the US economy. But of course, one can imagine scenarios where many people decide to work at least part-time until later ages.

It's not foreordained that a slowdown in population growth rates will cause per capita growth to fall. But combined with an aging population, it will surely cause dramatic shifts in economic patterns and sources of growth over time.