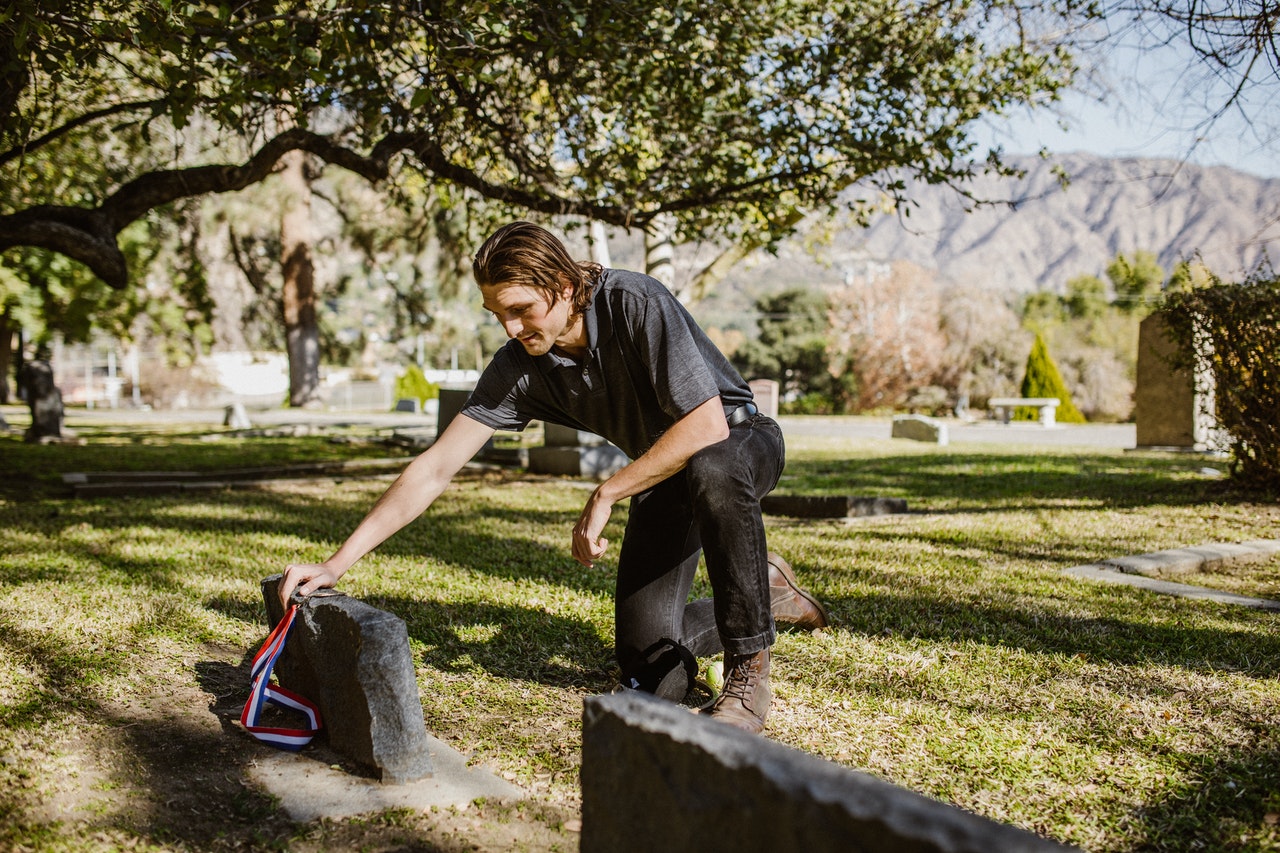 Overall US life expectancy is rising, but US suicide rates are also rising.

The Centers for Disease Control and Prevention have recently published some short ”Data Briefs” showing the patterns. In terms of age groups, suicide rates are up for all age groups except for those over 75 years of age. By ethnicity, the increases in suicide rates are largely explained by a rise in suicides in the white population. In terms of methods of suicide, the share of suicides by firearms is falling, while the share by suffocation is rising.

I won’t offer any instant-insight analysis here about deeper meanings and policy implications. My heart just goes out to those who have committed suicide, and to everyone who has lost a dear one to suicide. But here are some figures to illustrate the patterns. Sally C. Curtin, Margaret Warner, and Holly Hedegaard wrote ”Increase in Suicide in the United States, 1999–2014". The overall trend of suicides (adjusted for shifts in the age of the population) looks like this; 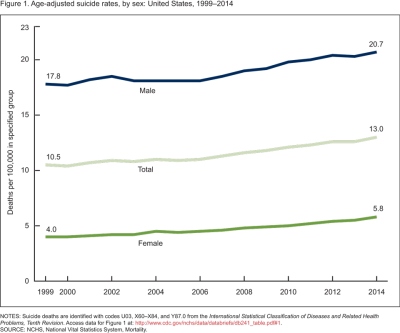 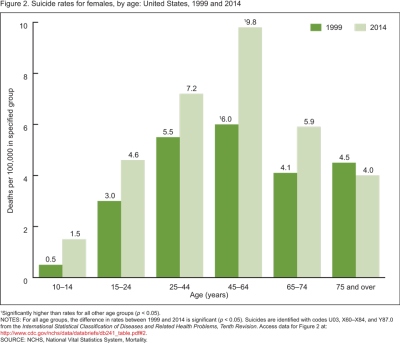 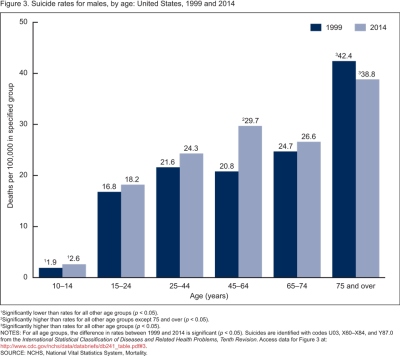 The same three authors also wrote ”Suicide Rates for Females and Males by Race and Ethnicity: United States, 1999 and 2014.” The abbreviation API refers to Asian or Pacific Islanders, and the abbreviation AIAN refers to American Indian or Alaska Native. Of course, a much larger share of the US population is white than in the American Indian/Alaska Native category, so the rise in the suicide rate among whites is the primary driver of the rise in the overall suicide rate. The first figure shows suicide rates for females, and the second for males. 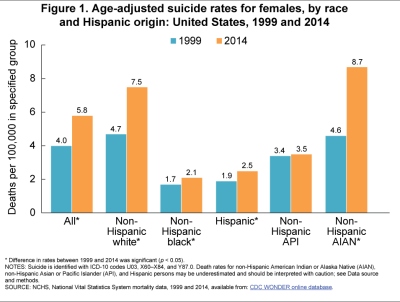