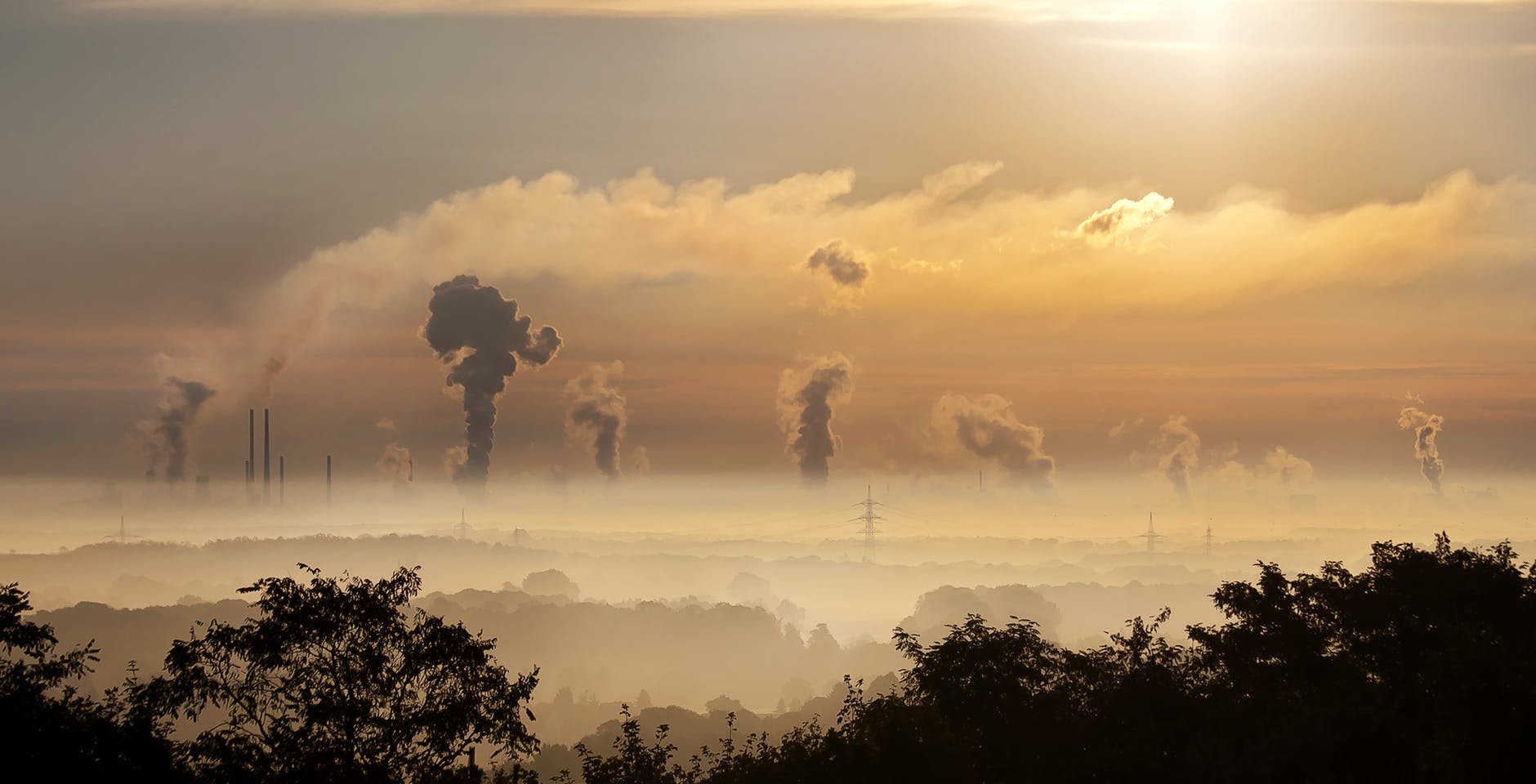 There is a certain kind of environmentalist who seems unable to acknowledge any good news about the environment, because it might create complacency about remaining issues. I'm not a fan of this approach. When successes are denied, credibility diminishes. And if there's never been an environmental success to celebrate, I'm more likely to be discouraged about the future than energized. In that spirit, here are some figures from an Environment Protection Agency annual report, Our Nation's Air.

This figure shows the decline in what are often called the "criteria" air pollutants. The horizontal line shows the U.S. National Ambient Air Quality Standards. At a national level, all of the pollutants are below the dashed line. The percentages in the upper right corner of the figure show the decline in the concentration of each category of air pollution since 1990s. 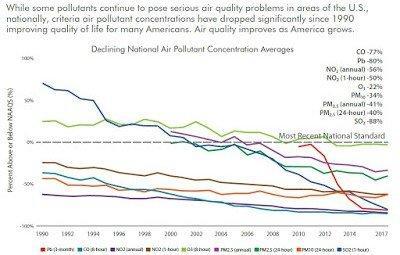 In thinking about how to reduce pollution further, it's worth noting that different pollutants tend to come from different sources. For example, highway vehicles (green bar) are bigger producers of carbon monoxide and nitrogen oxides, while stationary fuel combustion (think power plants, blue bar) produce a large share of the particulates and sulfur dioxide, and industrial processes contribute most to emissions of volatile organic compounds (VOC) and ammonia (NH3). 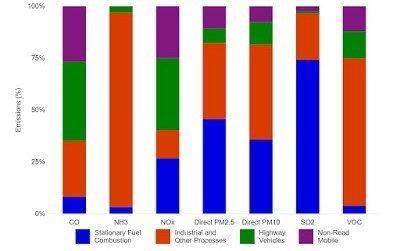 It's worth noting that the overall decline in air pollution in the last half-century or so is happening at a time of rising US population, rising GDP, vehicle-miles traveled, and overall energy consumption. 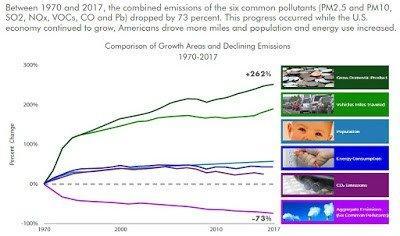 And yes, of course, these criterion air pollutants, by tradition, don't include carbon dioxide and other greenhouse gases. I offered some thoughts on these issues last week in "Economics of Climate Change: Three Recent Takes" (August 14, 2018). Here, I would just note that actions to reduce conventional air pollutants, both in the US and around the world, can be viewed as part of a "co-benefits" approach, which would lead also to lower carbon emissions.