What Gets Counted When Measuring US Tax Progressivity

What Gets Counted When Measuring US Tax Progressivity 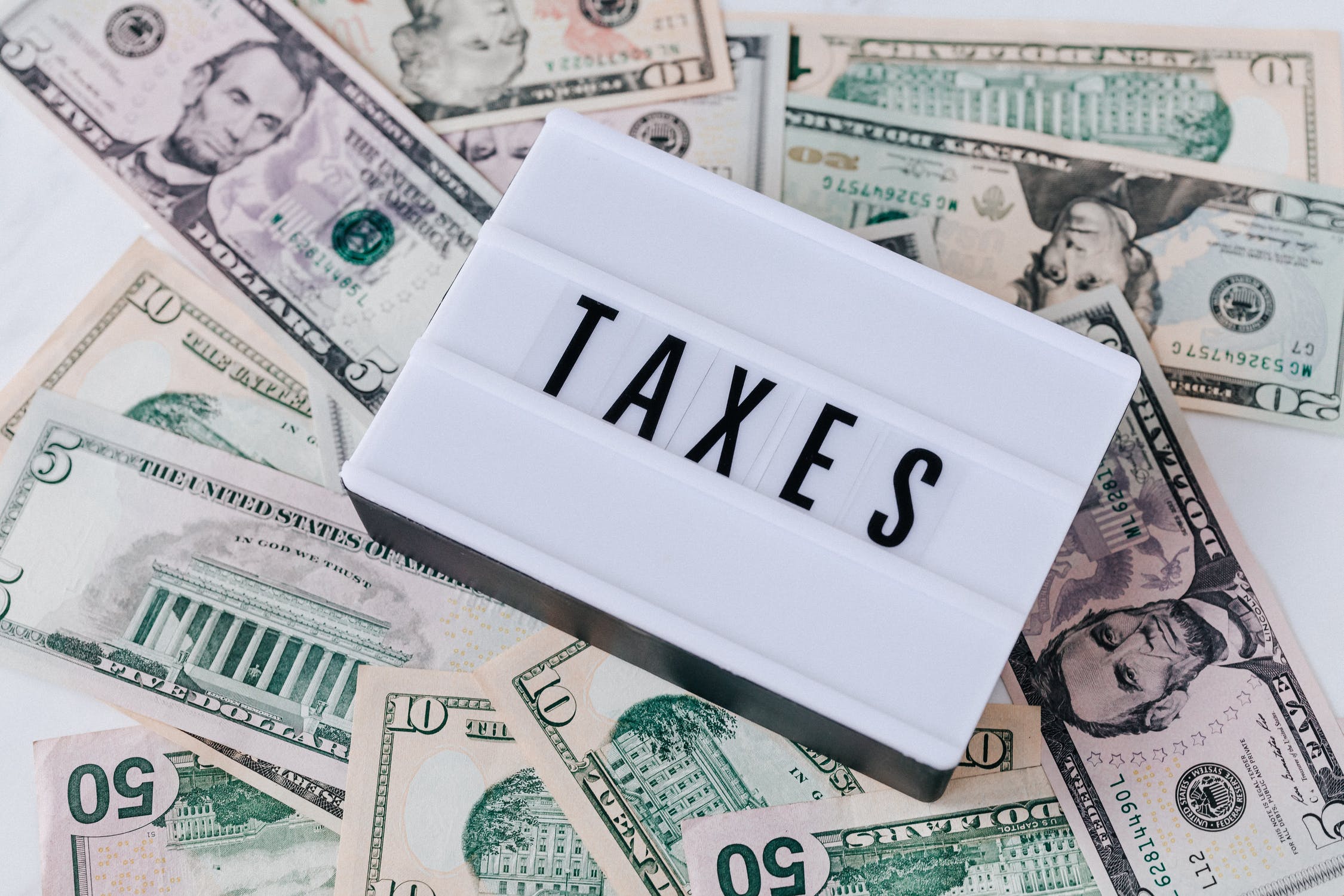 The "progressivity"  of a tax refers to whether those with higher incomes pay a higher share of income in taxes than those with lower incomes. The federal income tax is progressive in this sense.

So with all this taken into account, how progressive is the federal income tax and how has the degree of progressivity shifted in recent decades. David Splinter tackles these questions in "U.S. Tax Progressivity and Redistribution" (National Tax Journal, December 2020, 73:4, 1005–1024).

It's worth emphasizing that any measure of tax progressivity is based on an underlying set of assumptions about what is counted as "income" or as "taxes." Let me give some examples:

The Earned Income Tax Credit is "refundable." Traditional tax credits can reduce the taxes you owe down to zero, but a "refundable" credit means that you can qualify for a payment from the government above and beyond any taxes you owe: indeed, the purposes of this tax credit is to provide additional income and an additional incentive to work for low-income workers. This tax credit cost about $70 billion in 2019.  But for purposes of categorization, here's a question: Should these payments from the federal government to low-income individuals be treated as part of the progressivity of the tax code? Or should they be treated as a federal spending program? Of course, treating them as part of the tax code tends to make the tax code look more progressive.

Here's another example: When workers pay taxes for Social Security and Medicare, employers also pay a matching amount. However, a body of research strongly suggests that the amount paid by employers leads to lower wages for workers; in effect, workers "pay" the employer share of the payroll tax in the form of lower take-home pay, even if employers sign the check. (After all, employers care about the total cost of hiring a worker. They don't care whether that money is paid directly to the worker or whether some of it must be paid to the government.) So when looking at the taxes workers pay, should the employer share of the payroll tax be included?

Here's another example: Many of us have retirement accounts, where our employer signs the checks for the contributions to those accounts and the total in the account in invested in a way that provides a return over time. Do the employer contributions to retirement get counted as part of annual income? What about any returns earned over time?

Or here's another return: Say that I own a successful business. There are a variety of ways I can benefit from owning the business other than the salary I receive: for example, the business might buy me a life insurance policy, or pay for a car or other travel expenses, or make donations to charities on my behalf. Are these counted into income?

There are many questions like these, and as a result, measurements of average taxes paid for each income group will vary. Here's a selection of six recent estimates, as collected by Splinter: 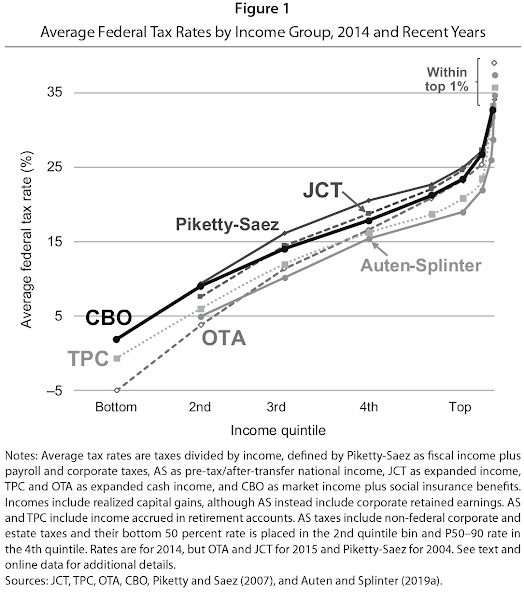 Again, these are just federal tax rates, not including state and local taxes. Notice both that the estimates vary, but also that they are broadly similar.

One way to boil down the progressivity of the federal tax code into a single number is to use the Kakwani index. The diagram illustrates how it works. The horizontal axis is a cumulative measure of all individuals; the vertical axis is a cumulative measure of either income received or taxes paid by society as a whole. The dashed 45-degree line shows what complete equality would look like: that is, along that line, the bottom 20 percent of individuals get 20 percent of income and pay 20 percent of taxes, the bottom 40 percent get 40 percent of income and pay 40% of taxes, and so on. 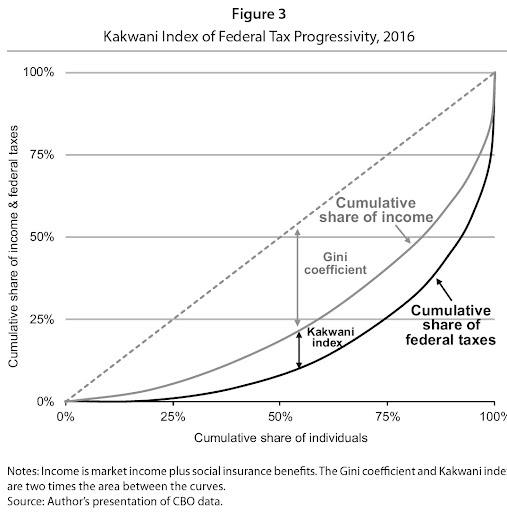 The dark line carries out a similar calculation for share of taxes paid. For example, the figure shows that the bottom 50% of the income distribution paid roughly 10% of total federal taxes in 2016. If the distribution of taxes paid exactly matched the distribution of income, the tax code would be proportional to income. Because the tax line falls below this income line, this shows that overall, federal taxes are progressive. The area between the income line and the tax line is the Kakwani index for measuring the amount of progressivity.

How has the Kawkani index shifted over recent decades?  Splinter writes:

In short, progressivity of federal taxes fell early in the Reagan administration, rose fairly steadily up to about 2009, and then was more-or-less flat through 2016.

Splinter is using the Congressional Budget Office estimates of income and taxes in making these calculations. CBO estimates are mainstream, but of course that doesn't make them beyond question. In particular, a key assumption here is that payments made by the Earned Income Tax Credit are treated as part of tax system, rather than as a spending program, and that explains a lot of why the progressivity of the tax code increased by this measure. As Splinter writes:

U.S. federal taxes have become more progressive since 1979, largely due to more generous tax credits for lower income individuals. Though top statutory rates fell substantially, this affected few taxpayers and was offset by decreased use of tax shelters, such that high-income average tax rates have been relatively stable. ... Over the longer run, earlier decreases suggest a U-shaped tax progressivity curve since WWII, with the minimum occurring in 1986.

For more arguments and details about how to measure income and wealth, a useful starting point is a post from a couple of months ago on "What Should be Included in Income Inequality?" (December 23, 2020).