What If All Jobs Were Potentially Part-time?

What If All Jobs Were Potentially Part-time? 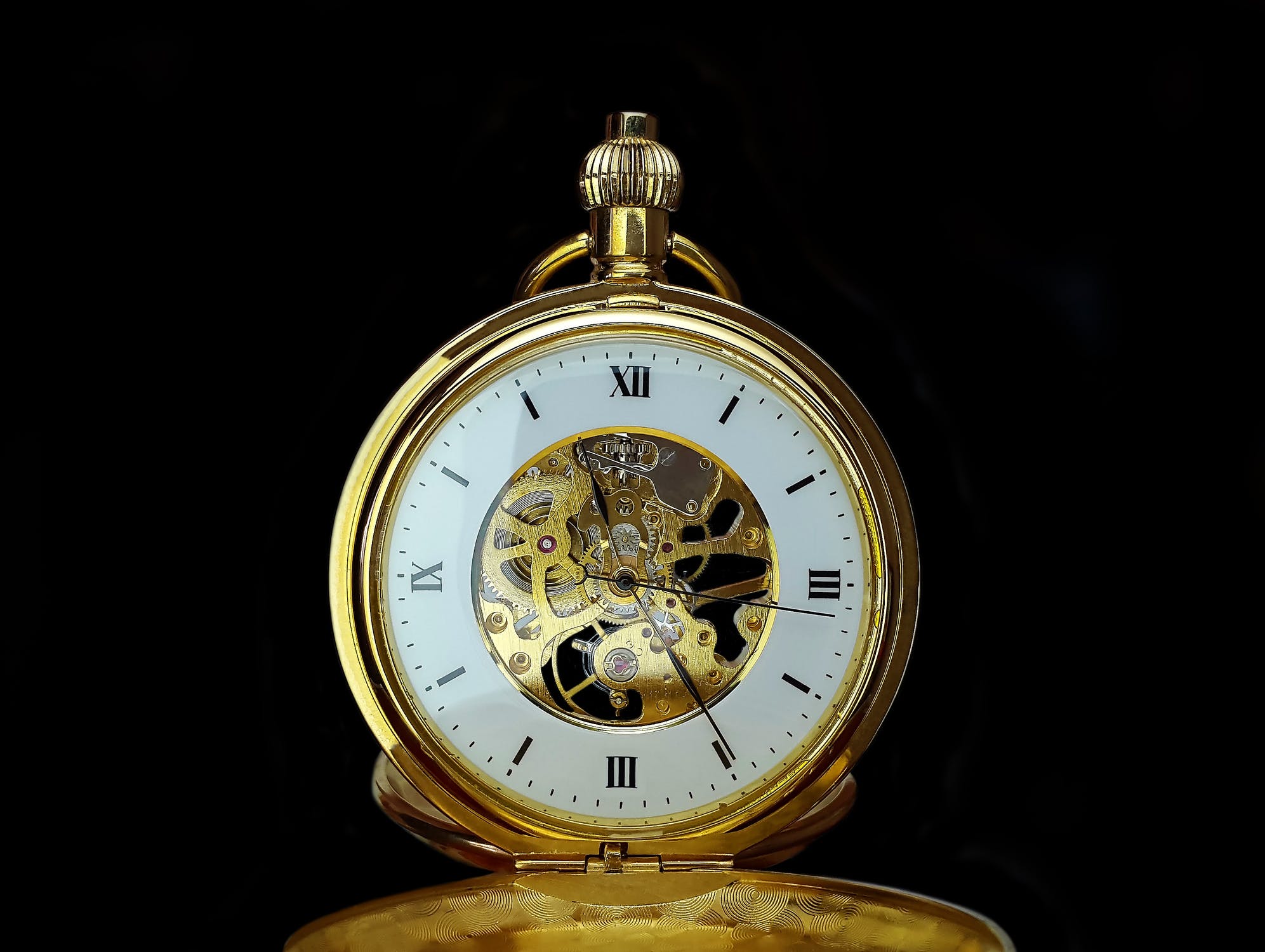 Some jobs in business and law seem to require exceptionally long hours and being perpetually on-call.

Indeed, one main reason for the remaining wage gap between college-educated it's mostly men who end up in these jobs, while professional women are more likely to end up in careers where the work is full-time or part-time, but not extreme overtime. This pattern raises an obvious question: is it really so impossible to divide up these extreme overtime jobs into more than one job, like two part-time or even two full-time (but only full-time) jobs?

Zurich Insurance UK gave it a try: specifically, the company shifted to a policy in which all jobs in the firm, right up to the top of the C-suite, were advertised within the firm as potentially part-time. The UK government has something called the Government Equalities Office which contains within it a Behavioural Insights Team. Thus, the results of the study "Changing the default: a field trial with Zurich Insurance to advertise all jobs as part-time" was carried out by Rony Hacohen, Shoshana Davidson, Vivek Roy-Chowdhury, Daniel Bogiatzis Gibbons, Hannah Burd and Tiina Likki - the Behavioural Insights Team (September 2020). Here's a description:

A comprehensive review of Zurich’s internal HR data on recruitment, progression and promotions revealed differences in outcomes between staff who worked full-time and those who worked part-time. The vast majority of part-time workers were women. Findings showed that, relative to full-time employees, part-time employees were 35% less likely to apply for promotions, received raises that were 1.1% lower, and received lower scores on performance and potential to progress metrics. ...

Our interviews also suggested that there was some stigma around working part-time, related to perceptions of commitment of part-time employees, and employees feared being judged for seeking to reduce their working hours. In addition, managers and employees saw part-time work as a privilege, rather than a right.

The researchers are careful to surround this finding with appropriate caveats, but the main thrust is clear enough. Many employers expect their top employees to work extreme overtime for extreme pay. But in doing so, they end up with a large number of high-skill workers doing jobs that are below their capabilities, because those workers--often women--prefer a different work-life balance. There are some obvious benefits to an employer who replaces a worker putting in 150% of a normal work-week with two workers each doing 75% a normal week or three workers each doing 50% of a normal week. The firm can make better use of some high-skilled talent. It would have better "bench strength," so it wouldn't run the risk of one key employee getting sick or leaving the firm. If there was a short-term need for either more or less work, it could be somewhat easier to accommodate. Given the extremely high pay for the 150% workers, the combined pay for a team of part-timers could probably be less.

One side-effect of the COVID-19 pandemic has been a huge rise in telecommuting, and thus in a different approach to coordinating the efforts of teams and of the workplace as a whole. In such settings, the idea that the leaders of an organization need to be the ones who physically arrive the earliest and depart the latest no longer holds true. Among the professional women I know--those with many years of business and consulting experience, often with high levels of education and MBA degrees--it's fairly common to hear of a wish for employers that would promote into jobs and roles that could be more explicitly shared by workers who don't need to commit to extreme overtime, or even to regular full-time, at least not all the time. Thus, I find myself wondering if the Zurich Insurance experiment, even though it took place before the pandemic hit, may be a harbinger of workplace changes to come.

View all
Psychological Safety - Fad or Fundamental?
Why Looking After Your ‘A-Players’ Has Never Been More Important
5 Proven E-Commerce Conversion Rate Optimization Hacks
Why Effective Leadership is Crucial for Employee Productivity
How to Develop a Powerful Brand Identity in 2021
B2B Marketing: Why You Should Create Long-Form Content
Sustainable Fashion: Recycling Challenges in The Textile Industry
Is The Internet of Things Making Way For Smart Agriculture?
Clean Energy and Pro-Mining
Lithium for Car Batteries: A Demand Shock Example
Sustainability Reporting Is Not A Proxy For Progress
Nitrous Oxide, Agriculture, and Climate Change
Will Blockchain Finally Deliver as Promised or Will it Be Just Another Overhyped Technology?
How ATL Airport Parking is Cheaper Than a Taxi Ride
4 Changes FP&A Teams Need to Make Now to Future Proof Forecasting
The Easiest and Simplest Guide to Understand Tax Deducted at Source (TDS)
Bitcoin is Just the Beginning: The Valuable Potential of Blockchain Technology
How to Spot Mistakes in Your Existing Trading Strategy
From Pandemic to Digitalization to Productivity?
The G-7’s Reckless Commitment To Mounting Debt
The Social Nature of Government Actions
How to Improve College Completion Rates: The Time Commitment Problem
Some Economics of Preventive Health Care
Some Economics of James Buchanan
Political Economy of the Pandemic Response
Queen Elizabeth II Marks 95th Birthday in Private
Covid-19 and Fake News: Exponential Rise of Conspiracy Theories and How to Prevent Misinformation
UK Budget 2021: Corporate Tax Rise, VAT Cut for Hard Hit Sectors Extended & Income Tax Thresholds Frozen
What If George Washington Lied?
Judges and Ideology
Public Health and Drama: The Dose Makes the Poison
Can AI Replace Doctors? Discover 5 Artificial Intelligence Applications in Healthcare
Towards Broad Artificial Intelligence (AI) & The Edge in 2021
Do Math Geeks or Linguists Make for Better Programmers?
How a New Artificial Intelligence Model Mimics the Brain’s Prefrontal Cortex
Pushing Beyond the Bounds of IQ and EQ
7 Reasons Why the Gig Economy is the Way of the Future for Every Business
Science of Learning: Reflecting On Learning Styles
What You Say When You Talk with Your Hands
UFOlogist Zoller Reports that Israel’s Prof. Eshed says Alien Contact has been Made
The Work-From-Home Rebellion, Or Revenge of the Introverts
Elon Musk's Content Marketing Case Study
How to Create an Artificial Intelligence General Technology Platform
Virtual & Augmented Reality Training in a Post-COVID World
A Developer’s Guide to Quality Assurance: 7 Ways to Improve Software Quality
Building Smarter and Safer Warehouses With Artificial Intelligence & LiFi
Exploring Similarities Between Board Game Strategy And Emails
How IoT, Wearables, AI, Blockchain & RPA are Revolutionizing Supply Chain

Psychological Safety - Fad or Fundamental?
From Pandemic to Digitalization to Productivity?
How to Create an Artificial Intelligence General Technology Platform
Virtual & Augmented Reality Training in a Post-COVID World
Why Looking After Your ‘A-Players’ Has Never Been More Important