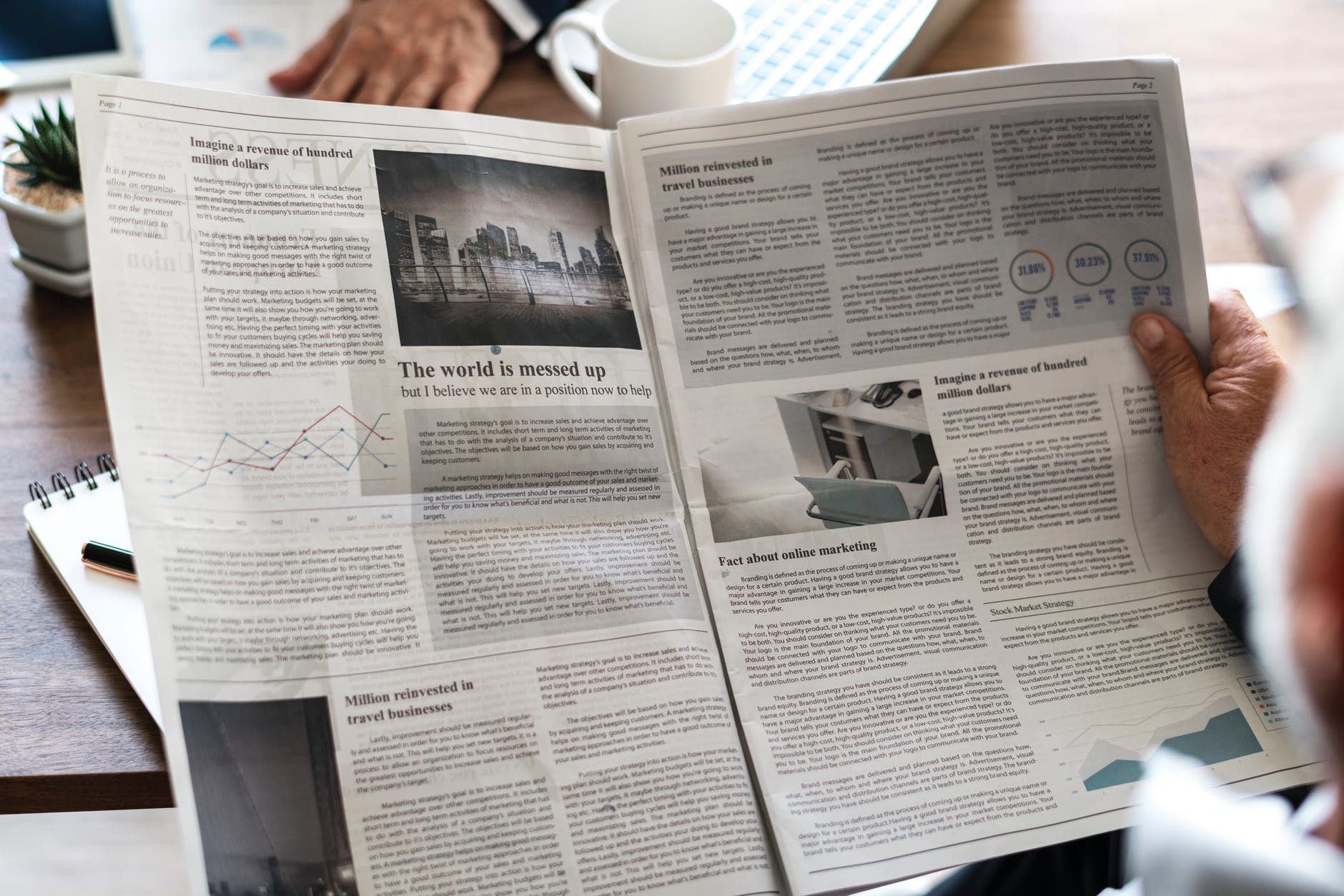 The shape of an economics research article is changing: much longer, and with more co-authors.

The figure below shows two of the changes, using data from five of the most highly prominent research journals in economics (namely, the American Economic Review, Econometrica, the Journal of Political Economy, the Quarterly Journal of Economics, and the Review of Economic Studies). the blue line shows trends in the average page length of an economics article: roughly a tripling in length form 1980 up to the present. The yellow line shows a change in the number of co-authors. Back in the 1980s, the average paper had 1.5 co-authors; now, it's about 2.5 co-authors.

Trends in Length and Number of Authors of Published Papers 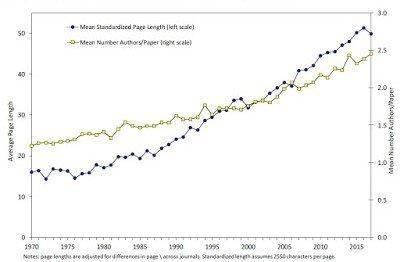 Lots of hypotheses have been proposed to explain these patterns.

I'm sure there are additional possible causes. But from my perch as Managing Editor of the Journal of Economic Perspectives for the last 32 years, here are a couple of reactions.

At my own journal, many of our authors send along first drafts that are longer than we want. Often the additional length is modest--maybe 10-20% over. But it's common for us to receive drafts that are 50% longer than we want, and at least a few times each year we receive first drafts that are more than double our requested length. A lot of my job as an editor is to hold the line on length: in fact, as parta of the refereeing process, I do a hands-on edit of articles and actually cut down the length. We then ask the authors to work with that shortened draft, or at least to take it into account, when revising in response to substantive comments.

What stops other journals from setting a hard length limit and sticking to it? One plausible answer is that any journal which tries to enforce such length limits may well find that submissions migrate to other journals without such a length limit. Another answer is that it can be a time-consuming and painful job to trim down length substantially. It's a full-time job for me. And trimming one's own writing can be especially painful. Lots of journal editors just don't want to bang heads with authors over length issues.

But when the average length of an article triples, it raises more fundamental questions about the purpose of an academic article. (And it's worth remembering that this is the length of the published article, not including appendix materials typically published online, which seem to me to have exploded in length as well.)

For example, is a research article actually meant to be read, word-for-word, beginning to end? It seems plausible that if articles have become three times as long, then students and researchers living in a world with just 24 hours in a day can read only about one-third as many articles. My guess is that most articles are not actually meant to be read, but only to be skimmed. Perhaps skimming a 48-page article doesn't take three times as long as skimming the 16-page articles of several decades ago. But it probably takes a even the experts a little longer.

At a deeper level, is a research article meant to describe what a researcher has most recently found? If so, then current articles are burying their central purpose in waves of other material. David Autor, who was my boss as editor of JEP some years back, recently said that reading a 94-page draft of a paper was “like being bludgeoned to death with a nerf bat.”

Alternatively, is a research article meant to be a full record of how the subject at hand stands at a certain point in time: that is, background context, previous findings, theoretical framework, mixture of new empirical or theoretical findings, concerns and questions about the new findings, all surrounded with side avenues and implications for future research? If that's the goal, then I suspect the length of papers is just going to keep drifting higher, and those who read (or skim) papers are just going to have a harder and harder time.

From the perspective of a professional editor, like me, a lot of the length in academic articles is just flabby writing, not an excess of perhaps useful background and details. But the tripling of length in academic journal article is not mostly about flabby writing. Instead, this extreme growth of length is a norm that has evolved, a norm that's bad for readers of research articles and makes light-touch skimming a survival strategy--and thus not well-suited for disseminating actual research findings.