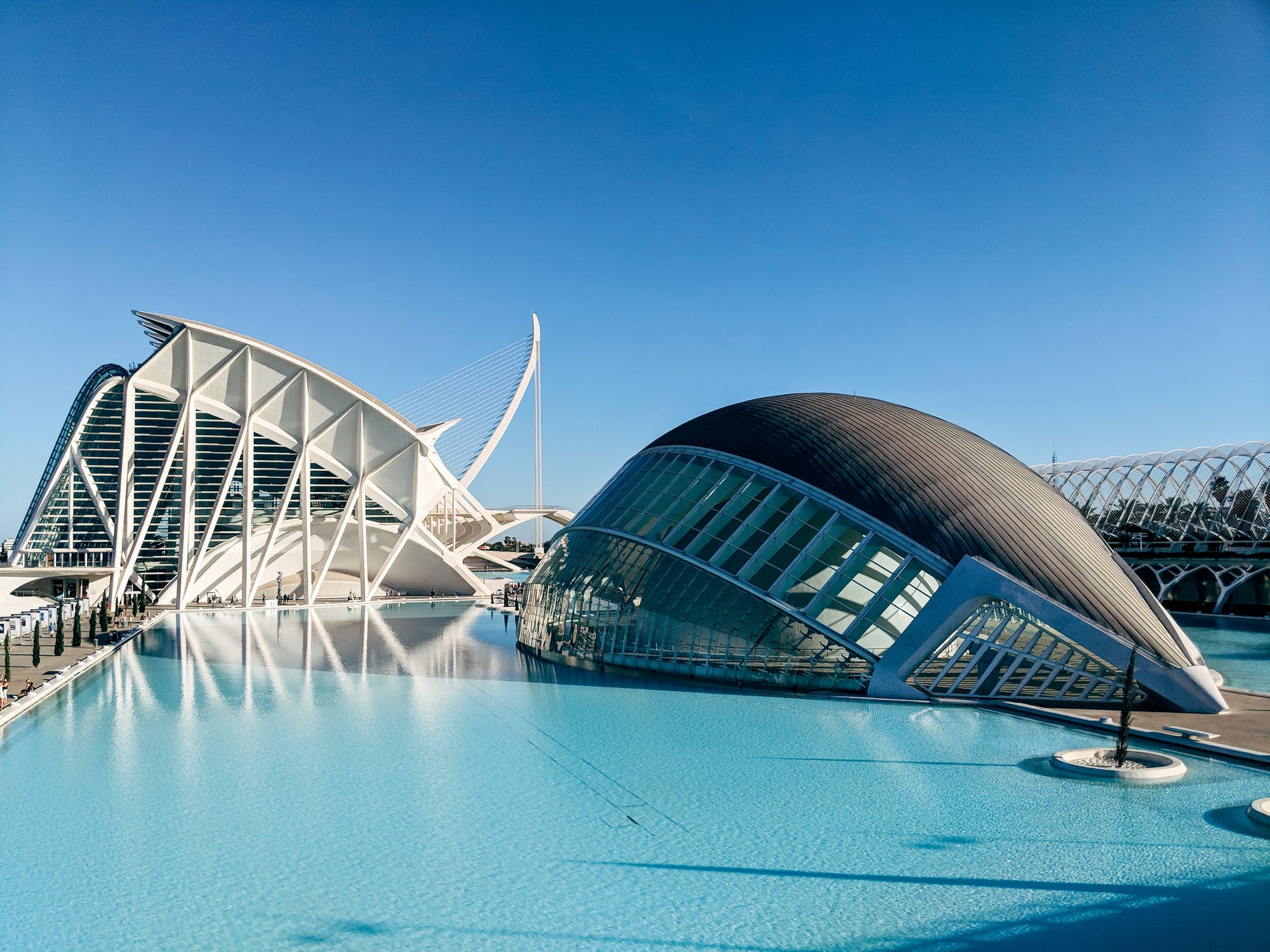 In other words, it's not just a financial investment in stocks and bonds ("portfolio investment"), but involves partial or in some cases complete management responsibility.

This distinction matters for a couple of reasons. One is that for developing countries in particular, FDI from abroad is a way of gaining local access to management skills, technology, and supply chains that might be quite difficult to do on their own. Another reason is that pure financial investments can come and go, sometimes in waves that bring macroeconomic instability in their wake, but FDI is typically less volatile and more of a commitment.

FDI seems certain to plummet in 2020, given that so many global ties have weakened during the pandemic recession. But as the World Bank points out in its Global Investment Competitiveness Report 2019/2020: Rebuilding Investor Confidence in Times of Uncertainty, a decline in FDI was already underway. Here, I'll quote from the "Overview" of the report by Christine Zhenwei Qiang and Peter Kusek. They write (footnotes omitted):

Even before the COVID-19 pandemic upended the global economy, global FDI was sliding to levels even below those last seen in the aftermath of the global financial crisis a decade ago (figure O.1, panel a). The decline was more concentrated in high-income countries, where inflows of FDI fell by nearly 60 percent in recent years. Although FDI to developing countries did not decline as steeply, it nonetheless fell to its lowest levels in decades relative to gross domestic product (GDP). Compared with the mid-2000s, when FDI reached nearly 4 percent of GDP in developing countries, that share fell to under 2 percent in 2017 and 2018 (figure O.1, panel b). 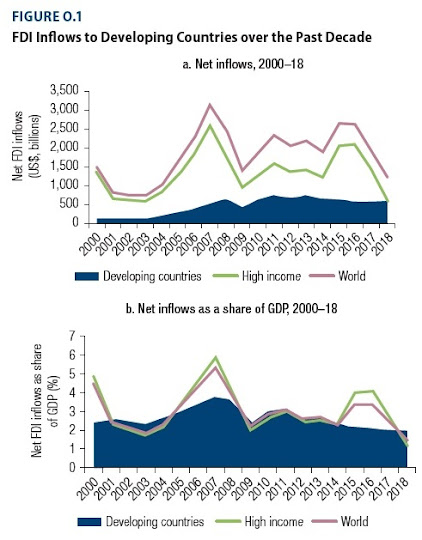 What were the main drivers of this decline before 2020? Qiang and Kusek write that it's been a combination of economic, business, and political factors. They write:

More specifically, worsening business fundamentals have driven much of the decline in FDI since 2015, when FDI flows reached their post-crisis peak. The global average rate of return on FDI decreased from 8.0 percent in 2010 to 6.8 percent in 2018 (UNCTAD 2019). While the rates of return have dropped in both developing and developed countries, the declines have been especially large in developing countries.

Furthermore, changing business models resulting from technological advances have driven declines in FDI levels and returns. In particular, increases in labor costs and the rise of advanced manufacturing technologies have eroded or decreased the significance of many developing countries’ labor cost advantages. At the same time, the increasing importance of the digital economy and services is shifting businesses toward more asset-light models of investment (UNCTAD 2019). In addition, commodity price slumps have adversely affected returns on FDI in more commodity-dependent markets (such as many economies in Latin America and the Caribbean, the Middle East and North Africa, and Sub-Saharan Africa)

Countries around the world, including developing countries, have also become less supportive of FDI in recent years. This figure is based on actions by 55 countries, and whether those countries are changing their rules to be more or less favorable to FDI in a given year. 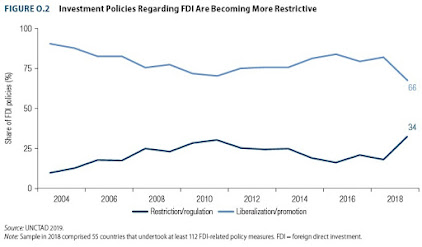 Much of the rest of the report is made up of case studies of the effects of FDI, including how governments can take full advantage of its potential benefits and cushion any resulting disruptions. But for now, that side of the argument seems to be losing ground.