Women in Economics: Another Part of the Story

Women in Economics: Another Part of the Story 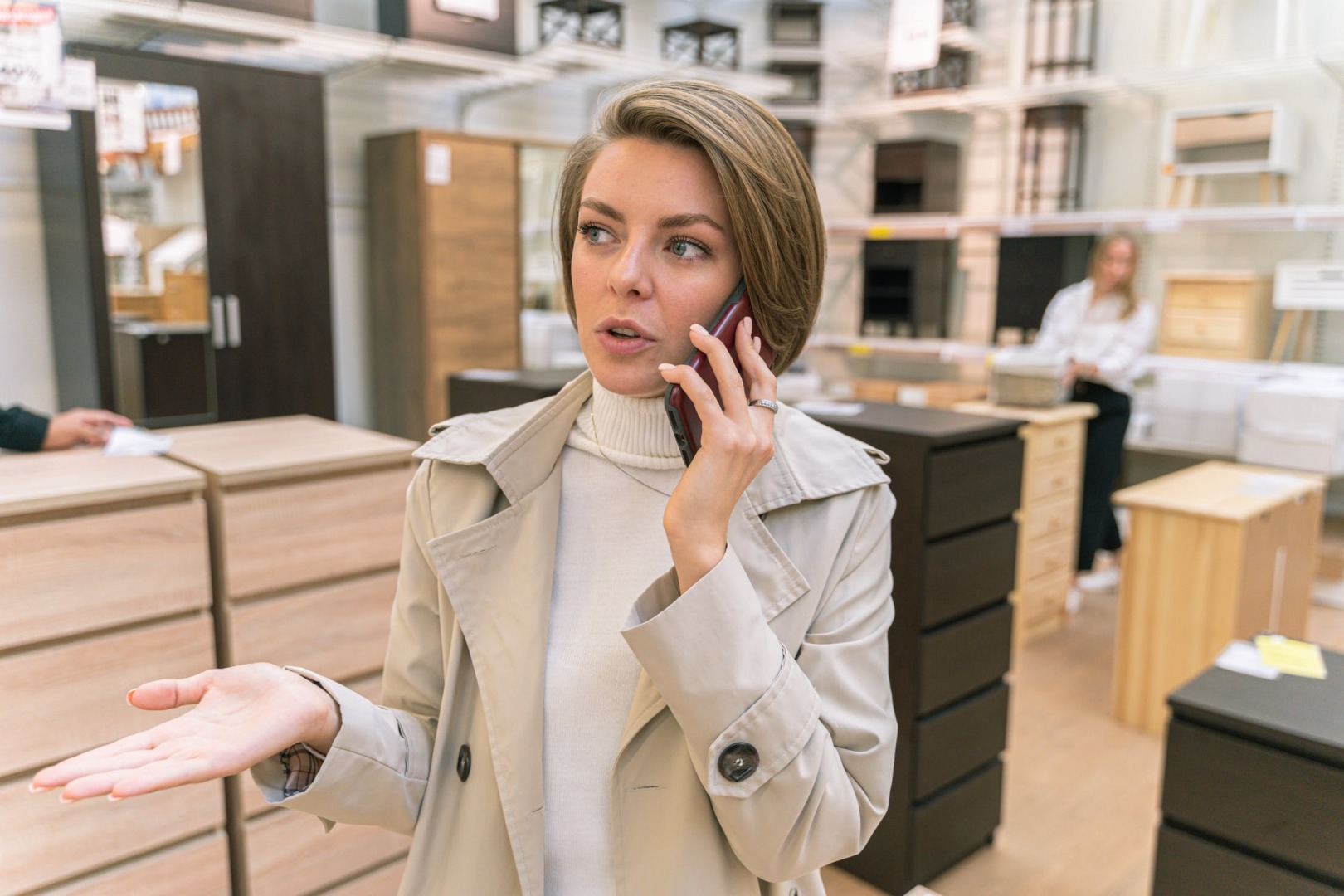 Even as other academic fields have made considerable progress to equality in the numbers of female and male professors, economics has lagged behind.

For an overview, a useful starting point is the three-paper symposium in the Winter 2019 issue Journal of Economic Perspectives:

A common approach in this literature is to think about the “pipeline”–that is, what share of economics majors are women, what share of PhD students in economics are women, and then what share of assistant, associate, and full professors of economics are women. Donna Ginther has written “Gender, Race, and Academic Career Outcomes — Does Economics Mirror Other Disciplines?” which provides an overview of research in the area in the October 2021 NBER Reporter. Here’s a figure that focuses on one stage of the pipeline: promotion from assistant to associate professor. 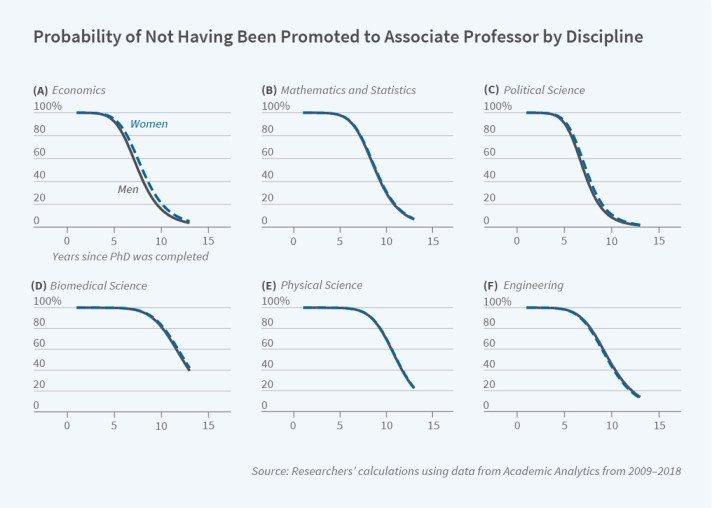 With my long-time collaborator Shulamit Kahn, who has played a key role in this work, I have examined gender differences in career outcomes for economists and for other academic fields. We found that after controlling for research publications, women were significantly less likely to be promoted to tenure in economics. Our most recent study used Academic Analytics data to update the analysis of the economics profession compared with other science and social science fields. Figure 1 shows survival curves by gender and compares economics to the fields of mathematics and statistics, political science, biomedical science, physical science, and engineering. The only significant gender difference in promotion to associate professor is in economics, where women were 15 percent less likely to be promoted after controlling for publications, citations, and research grants.

The figure draws on research published earlier by Donna Ginther and Shulamit Kahn, “Women in Academic Economics: Have We Made Progress?” (AEA Papers and Proceedings, May 2021, pp. 138-142; also available as NBER Working Paper 28743, April 2021).

Some of the previous studies were limited to the best research universities. We therefore separately estimated the hazard analysis for two samples: those who entered academia into very high research activity institutions and those who did not. … The majority of the observations were in the very high research activity universities (which is primarily informative about the clients interested in Academic Analytics services). We were frankly stunned by the results. The gender tenure gap was small and insignificant in very high research activity institutions. However, in less research-intensive universities, it was huge, with women’s rate of receiving tenure (with all controls) 46 percent lower than men’s (p = 0.055). … [T]he huge point estimate of the tenure penalty at these less research-based universities and colleges is remarkable.

Ginther and Kahn frankly admit that they do not have an obvious explanation for why the gender tenure gap in economics is so much larger at less research-intensive universities. But it seems a topic worth exploring further.

I’ll just add that my own sense is that the issues with attracting women to careers in economics may start early. Since about 2005, women have been about 30-35% of the economics majors, the economics PhD students, and the new assistant professors. While I’m sure that some useful steps might be taken to bolster the pipeline to becoming a tenured professor at these stages, it will be challenging to get to gender equity in the tenured professoriate if only one-third of undergraduate economics majors are women. A few years ago, when I looked at at who takes AP microeconomics and macroeconomics exams, I found that the number of males who get a 4 or 5 on these examples was much higher than the number of females. Thus, it seems plausible that even before college students reach campus, there are many more men than women who are considering a college major in economics.