Appreciating The Past In Our Smartphone-Paced World

Appreciating The Past In Our Smartphone-Paced World 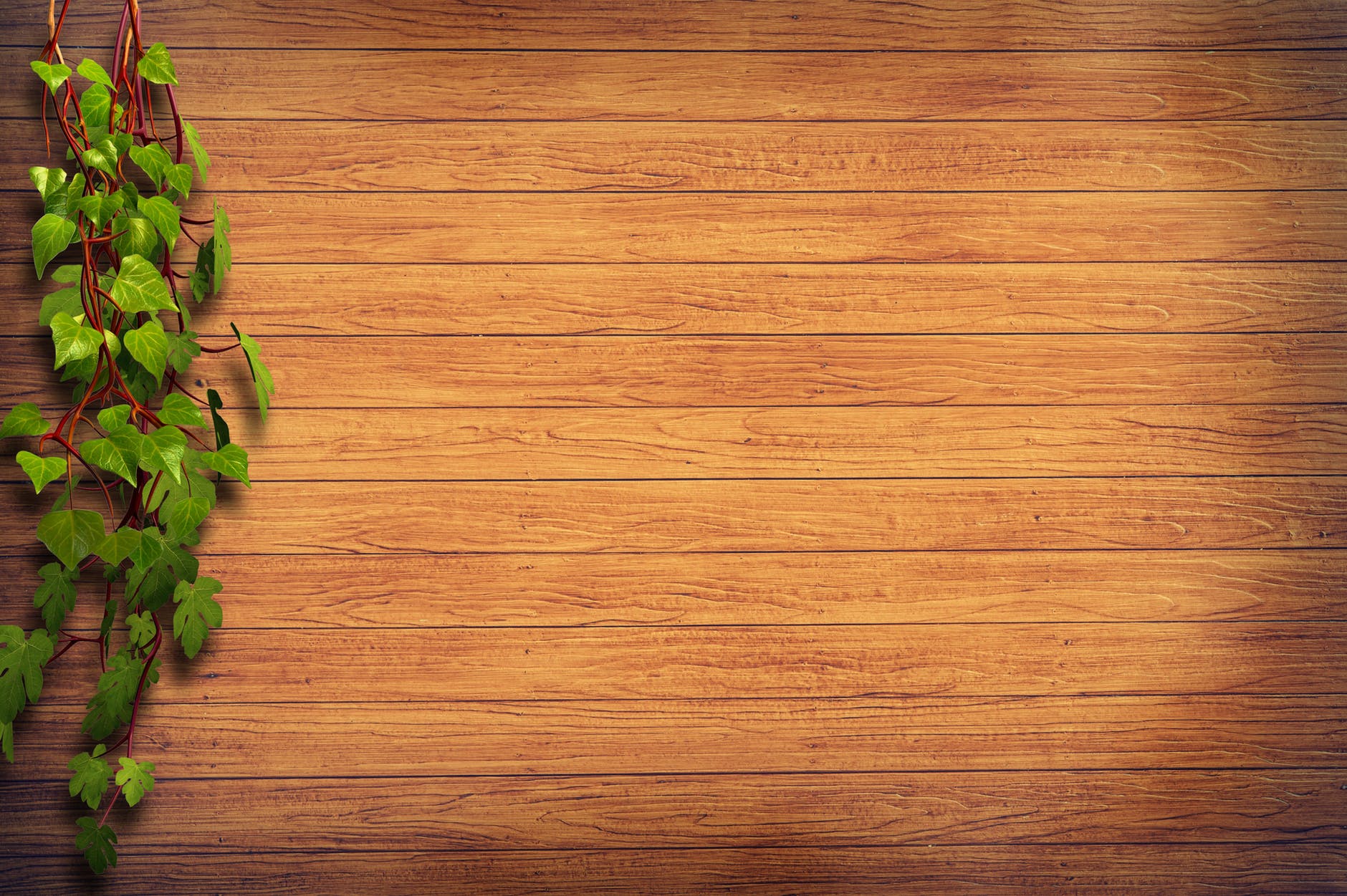 I’ve always been a history buff, not just of American history but world history. Recently I couldn’t help but reflect on the extraordinary time we live and many of the historic developments we’ve been able to witness firsthand the past few years.

Our forefathers could not have imagined some of the fascinating events we’ve recently seen on the social, political, and technological fronts. Yet it seems difficult to find the time and focus to reflect on what our forefathers might have thought in the midst of the 24-hour news cycle and lightning-speed social media focus on the immediate present.

History is complex and multifaceted, both in its timeline and in the narrative. The basic facts, such as dates of events or physical actions, exist as objective truth even if sometimes difficult to discern for certain. However any level of analysis or theory is filled to the brim with opinion, source problems, politics, a person’s own biases, and other confounding factors.

Nonetheless, the past’s potential benefits remain vast despite its inherent inability to be as certain as say aerodynamics equations or financial models, as well as being subjected to the present’s debates and agendas.

In our modern time, it seems we’ve lost an appreciation for history. In our focus on the nitty-gritty immediate issues and debates of the day, it is easy to forget the greater fabric that brought us to this point and that we are a part of.

After all, in a time in the future when everyone alive at this point in time has passed on, we too will become part of history. When we broaden our view from the few steps that are just in front of us to the broader picture, we gain a greater perspective that often lends informed insight to our actions, approaches, and decisions.

Furthermore, by understanding and appreciating the past we gain a greater peace and sense of purpose with our own existence. I know for me certainly in having studied history I have felt a greater sense of understanding.

As an example of this, imagine a smaller scale of history – one’s own family history. For those who are able to know their family’s history, whether a generation back, a few generations back, or even dozens of generations back, it gives a sense of being informed about how one came to be and also one’s place in the world.

On the broader scale of national, societal, and human history, the same principle applies. By understanding our country’s past, and humanity’s overall past, we gain an incredible level of understanding which otherwise leaves a piece missing.

Thankfully, we live in a free society where the reflection on and discussion of history remains generally an open endeavor. History has all too often been used as one of the prime tools of control for authoritarian or illiberal governments, as the narratives of the past provide justification for present conditions.

The scholar Francis Fukuyama discussed the “end of history” in the early-1990’s, theorizing that it seems that one of society’s key questions, regarding the form of government, had been permanently settled in favor of Western-style liberal democracy.

However few historical trends are ever settled permanently. We live in constant change and development in every sector, including in constant resurgences of history in modified configurations.

It seems even Fukuyama’s prediction regarding geopolitics has been disproved, as around the world many governments and societies remain deeply in flux, including being still held under the grip of various authoritarian governments that also are trying to spread their influences.

It is too easy to proclaim an “end of history” in any topic. Undoubtedly a British observer in the mid-1800’s may have thought the British empire would last forever, or a Holy Roman Empire observer in the 1500’s. After all, both had lasted centuries and there seemed little to immediately tear them apart.

We live in a time of extraordinary change, and undoubtedly far in the future our descendants will study the remainders of our time and reflect on how different our world was. We don’t know what kind of world they will live in, but if the past is any indicator, it is that it will be vastly different from ours.

So I say it is worth taking the time to watch a documentary, read a history book, or even a document from the past itself. It is a beneficial, and necessary, step in understanding our part in the human fabric.

View all
Are There General Rules for the Marketing of Footwear Products?
Defending Yourself In Court Is Never Easy - But A Bit Easier With These Tips
6 Reasons Why You Should Consider A Fish Tank For Your Office
7 Useful Small Business Marketing Tips
Need To Get Ready For That Job Interview Soon? Listen To These Tips
A Guide to Kick-Starting the Digital Transformation Journey of Your Business
Expert Tips To Create An Environmentally Conscious Workplace
Climate Emergency Innovations and Insights in Business
Why It’s Crucial To Fix Your Business Energy Prices Before 2023
Artificial Intelligence Is Transforming The Aviation Industry
How Has the Energy Crisis Impacted the Cleantech Job Market?
PADI Dives Into Global Conservation
When Should You Get an Emergency Loan
Why Do You Need Car Insurance?
A Short Guide to Employee Group Life Insurance
Benefits of VR L&D Training for Higher ROI
How and Why to Refinance Your Mortgage
How To Renew Bajaj Allianz Bike Insurance? Important Steps To Know
The Challenges of Measuring Discrimination Against LGBTI Individuals
When Surrounded By Exponential Growth, “Wait and See” Can Mean Missing An Opportunity
HR Digital Transformation and the Rise of AI in the Corporate World
Peltzman on Stigler on Regulation
Should the US Switch to a Declining Discount Rate?
Putting U.S. Labor Force Participation in Context
The Safest and Most Dangerous Places to Work in the UK
Investment Charges When Mexico Privatized Social Security
Henry Adams on the Corruptions of Power
Former Pakistan Prime Minister Imran Khan Shot in Foot in Clear Assassination Attempt
Benjamin Netanyahu Set to Return as Israel's Prime Minister
Reflections on Sources of US Energy Consumed
How AR Dispels Phobias In Individuals
How Do You Get Addicted to Alcohol? Everything You Need To Know About the Addiction Process
How AR Glasses Can Tackle Visual Impairement
Main Reasons Why A Young Woman May Have Low Progesterone
How to Gain More Control Over Your Mental Health in Today's World
How Food Insecurity Is Driving an Increase in Adult Disordered Eating
Giving Back: How Tech Is Making Charitable Giving Easier
MY CAT MADE ME DO IT—Tales from Regular Folks & Celebrities about Feline Super Powers
Want To Improve Your Business Skills? Here Are Some Ideas
How Blockchain Can Tackle Homelessness
How To Reject Opportunity; Like Turning Down the Beatles
State Your Case and Win
How to Leverage Digital Twins to Improve Customer Experience
Choosing Technology for Your Business
Reducing Cyber Underwriting Risk Starts with the 3 “Bs”
Productivity Hacks for Remote Workers
Essential Guide to Use Google Local Service Ads
9 Trends That Will Dominate Blockchain Technology In 2023

Giving Back: How Tech Is Making Charitable Giving Easier
Are There General Rules for the Marketing of Footwear Products?
How to Leverage Digital Twins to Improve Customer Experience
The Challenges of Measuring Discrimination Against LGBTI Individuals
Defending Yourself In Court Is Never Easy - But A Bit Easier With These Tips