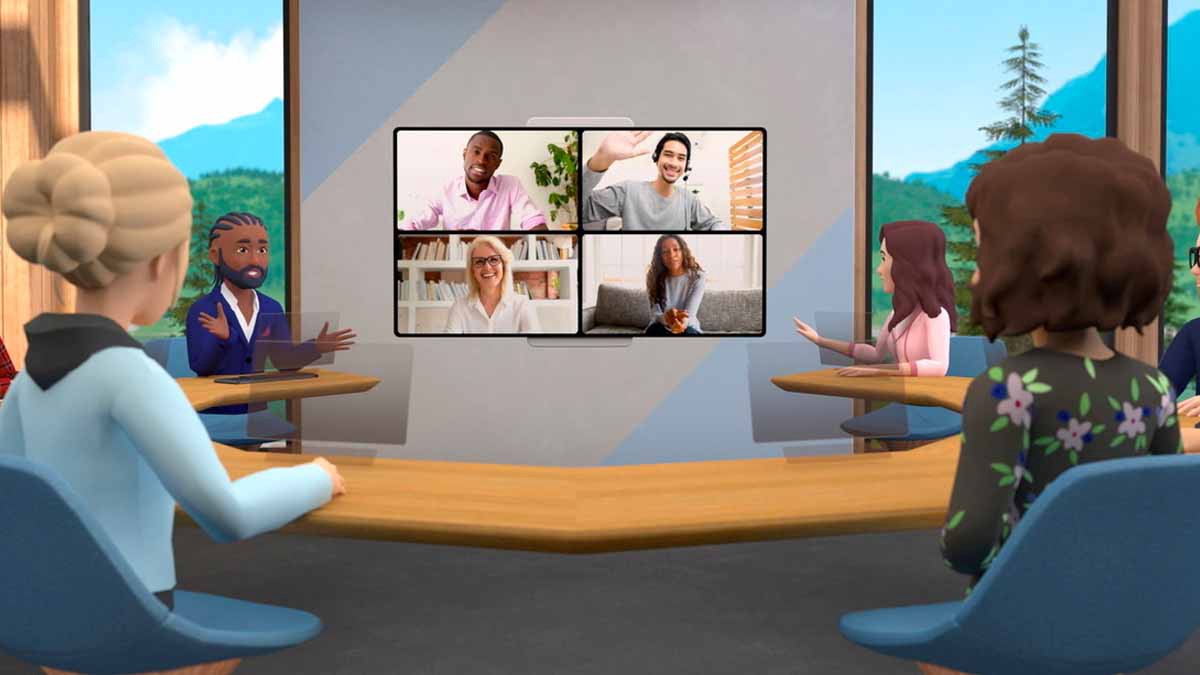 The concept of metaverse is key to understanding the economic and digital transformation.

When you play sports in a club, go shopping, meet a friend, go to a museum or to the cinema and even when you do a science experiment in Antarctica – there is a physical movement, a concrete social action taking place. With the metaverse, you are essentially doing the same thing, except that you are sitting on a chair with a virtual headset. You can play sports using a PS4 for example, shop in a 360° virtual showroom, visit a virtual exhibition or even sit in your own home cinema with a 3D vision.

In my view, the metaverse can develop in two different ways:

Emmanuel Macron is proposing to create a European metaverse that can compete with the Americans and the Chinese who have already got a head start on us.

Mark Zuckerberg and Facebook have announced that they will invest several billions in the metaverse. The investment gap Europe has to fill in the metaverse adds to its delay in AI and 5G.

To a certain extent, the Chinese giant Tik-Tok seems to be gaining the upper hand on Facebook. One could imagine that a Chinese metaverse could catch up with the American one. It is against this background that the French President has made the proposal to support the development of certain key technological building blocks [of the metaverse], such as 3D engines. The idea would be to create European competitors to, say, Epic Games’ Unreal Engine and its eponymous engine.

In addition to allowing Europe to reduce its technology backlog, a European metaverse would have important economic repercussions. Indeed, it would facilitate technological partnerships in Europe by allowing the creation of monopolies. All European tech actors would gather around a common project, be it in the open or closed version of the metaverse. In addition, the metaverse can constitute a powerful tool to value things other than money. It could for instance help address environmental and social issues from a technological point of view, such as environmental, social and corporate governance (ESG) for companies. If companies taking part in the metaverse in a 360° format also remain anchored in the real world, the enforcement of several regulations (eg. on AI) will be facilitated. Moreover, collaborative tools could reinforce the sharing of collective values. As innovation becomes the motor, the economy will function the same way movie studios do. These are all arguments in favour of betting half a billion on an industrial metaverse in Europe and creating the European industry 4.0.

Emmanuel Macron may as well be surfing a wave.

But the project of a European metaverse faces many hurdles: let’s not even get started on the mimetism of American society, which, as cybercrime and a dangerous ‘visionary’ world develops, is far from being exemplary. But isolating Europe in this matter appears to be unrealistic, just like the efforts undertaken by China or Russia to isolate their citizens from the World Wide Web.

The Metaverse could use a European touch – so why not talk about the world of tomorrow through the lens of inclusive and social projects? If you really want to talk about the world of tomorrow, we should deal with the changes happening right now first. And today, the big topics in the economy are purchasing power and employment. If we want to build a project as big as a European metaverse, we must necessarily include a vision of the labour market. How will a European metaverse transform the labour market, with all these people confined to their homes? How would they be paid? Via tokens? Multidimensional property rights? For which jobs? Which jobs will disappear, and which will be created with the metaverse? Who will capture the new profits created? Emmanuel Macron’s proposal of a European metaverse lacks a vision of the labour market of tomorrow.

It will also be necessary to show that Europeans stand united and approach these issues in a coordinated way, like in the Airbus era. This is not a given, as we saw during the Covid crisis and now the war in Ukraine.

In sum, Macron’s proposal seems opportunistic. To prove the contrary, he would have to demonstrate how the metaverse can be a truly European project by linking it to innovation forces, AI and data (the fuel of knowledge), and at the same time preserve its social and environmental goals, including purchasing power and employment. This should happen in an inclusive way, and not as the President did with the French Tech in Las Vegas to please BpiFrance. It seems as if in its current form, the proposal of Emmanuel Macron does not rise up to the expectations of the world of tomorrow, because it doesn’t fit into an economic and technological cycle of supply coupled with a crisis of purchasing power and rising social demands.

Moreover, such an all-encompassing project should anticipate the risks of its failure in order to avoid leading society to a dead end. And the risks are numerous, because the metaverse is more than just augmented reality. It is also out of step with reality, as the emergence of the virtual world comes with the disappearance of real jobs. The metaverse carries threats to social cohesion: despite being totally connected to the virtual world, it is totally disconnected from reality, in a society where ultra moralisation, capitalist individualism and transhumanism take place behind screens. The society of avatars, AI replacing human brains, and teleworking (and even tele-freetime) will shape an unrealistic world of permanent alerts and dehumanisation of civil society. We should therefore first provide precise answers to these questions to know if the whole game is worth it.