Fourth Industrial Revolution in Africa: It's the Energy

Fourth Industrial Revolution in Africa: It's the Energy The first industrial revolution was about making use of steam and water to power machines. In the second, electricity was the key driver of major inventions that boosted primary production. The third revolution was based on the rapid fusion of digital technology, computing and the internet.

But without energy sufficiency, Africa’s chances of participating in the promise that the Fourth Industrial Revolution offers are seriously compromised. The continent’s huge energy deficits leave more than 640 million people, or two-thirds of the continent’s population without access to electricity.

Digital transformation, through development of the information and communication technology (ICT) sector, is a critical enabler of Africa’s knowledge economy and industrialisation.

The good news is that digital transformation can reverse Africa’s energy deficit, particularly with the deployment of pay-as-you-go off-grid energy technologies like Helvetic Solar, Mobisol, and Off Grid Electric, which combine solar energy with an affordable payment plan via mobile phone. The use of intelligent electricity grids can also improve energy access and affordability.

No country has successfully built a digital economy with the limited access to energy that sub-Saharan Africa faces today. It was energy sufficiency that allowed countries such as Japan, Korea and Switzerland to build some of the best internet infrastructure in the world. 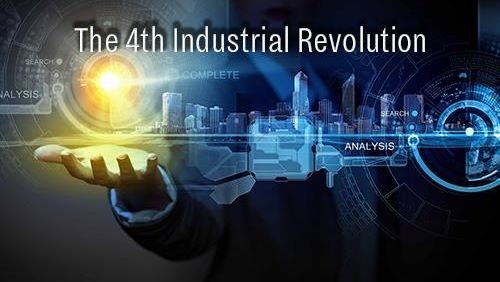 ICT is booming across the continent. The sector has by far the highest level of growth with 50 percent increase between 2015 and 2016. But investments are lacking. In 2016, for example, the ICT sector received the lowest amount of allocated spending across Africa, with a total of $853 million.

Only 1.4 percent of Africans have fixed-broadband connection and about 600 million people do not have access to a mobile broadband service. This comes with extreme cost. Inadequate ICT infrastructure constrain the widespread connectivity and usage of internet in African countries. Greater energy access will not only make it possible for school children in Dori – a little town in northern Burkina Faso – to learn but it will also provide a boost for a faster internet access. And Dori has abundant solar potential to make this happen.

The continent’s energy deficit compounds the ICT infrastructure problem. The continent’s recurrent power cuts and poor grid connectivity to rural areas undermine efforts to build ICT. Greater energy access will not only make it possible for the functioning of basic services like health and education, but will also integrate remote communities into the knowledge-based economy that governments want to promote.

Truly, regional efforts to expand ICT infrastructure have picked up of late.

The African Union’s Agenda 2063 enjoins government to ensure reliable and affordable ICT services by increasing broadband penetration. The African Union Commission and the European Union Commission have committed to developing a continental digital policy with focus on building capacities of African institutions on internet governance and boost the development of Internet-based services.

But it is energy sufficiency that must power digital transformation.

Recognizing this, the African Development Bank’s New Deal on Energy for Africa has, over the last three years, installed an average of 460 MW of new power capacity installed, of which 151 MW is on renewable power capacity. The deal has had more than half a million people connected to the grid.

African governments must set ambitious and clear industrial policies that pool together domestic and foreign sources of finance for dedicated investments into energy and ICT infrastructure. African governments have to raise their ambition to increase energy supply as well as their people’s access to electricity. Boosting the use of Africa’s huge renewable energy resources must be at the heart of this.

The potential of Africa’s energy transformation – for its people and its economies – will unlock the digital transformation we all want. Voices rallying behind the Fourth Industrial Revolution have to come together for this common purpose too.

By: Stephen Yeboah, co-founder of Commodity Monitor, a tech-driven business that uses data analytics to facilitate exchange of information on sustainable production, supply and consumption of commodities in Africa. Email: stephen.yeboah@commoditymonitor.org

View all
6 Ways You Can Get Injured in a Bicycle Accident and What to Do
3 Observations from the Recent Marriage of Akamai and Linode
Leadership: Be More Open and Less Directive, Start With These Words
Plan the Unplanned: 5 Ways to Be Spontaneous at Work
How Competitive Benchmarking Misses the Mark – And What Anticipatory Leaders do Instead
Important Questions You Need To Ask Before Starting a Business
Are All Cleantech Venture Capitalists Marxists?
How to Use Technology to Decrease Your Environmental Footprint
Cities and Pandemics
The Future of Energy: Conversations with Kelcy Warren
The European Union’s Misguided Energy Price Cap Proposal
Blackstart: How the Grid Gets Restarted & Why It Matters
6 Ways Social Media Platforms Can Enhance The Banking Sector
What Should You Know About Investing? Top Examples And Tips For Beginners
Colorado Real Estate Investing Strategies
Payroll Check-13 Facts for the Beginners
When Lower-Income Countries Face Rising Global Interest Rates
How To Find More Clients For Your Real Estate Business: A Guide From Experts
Deflation: The Case for Worrying Less
How The Best Companies Support Leaders During Challenging Times
Three Patterns in World Trade Since the Pandemic
Some Economics of Dominant Superstar Firms
Updates on the Social Cost of Carbon
Female Autonomy and Economic Development
The G7 Cap on Russian Oil Is a Subsidy to China
How Governments Can Leverage AI To Detect And Prevent Future Terrorism Events
Should Central Banks Fear Inflation or Recession?
The Safest and Most Dangerous Places to Work in the UK
Investment Charges When Mexico Privatized Social Security
Henry Adams on the Corruptions of Power
What Should You Change In Order To Feel Better About Yourself
How to Make the Most out of Data?
Understanding TinyML - Benefits and Applications
Of Diet, Doctors, and Denial
Impact of Big Data Analytics in Healthcare
Accelerating Innovation in Architecture, Engineering and Construction
Why Is It So Hard To Learn From Our Mistakes?
A Compelling Challenge Confronting Humanity: Population Growth
Keep Trying - The Virgin Ice Cream Story
5 Important People You Need in Your Life
How Web 3.0 Will Affect Education
Use The Three Greeks To Improve Your Powers of Persuasion
Women and Children are Primary Cyberbullying Victims
How New Technological Innovations Will Benefit The Trucking Industry
Top BI Dashboard Best Practices To Keep In Mind
Mastodon Visits Hit 9.5 Million as Twitter Rival’s Traffic Skyrockets 588%
From Spotify to Netflix: Which Subscriptions are Brits Cancelling this Year?
How to Easily Start Your Web Service Business in 2023

Why Is It So Hard To Learn From Our Mistakes?
Women and Children are Primary Cyberbullying Victims
A Compelling Challenge Confronting Humanity: Population Growth
How New Technological Innovations Will Benefit The Trucking Industry
6 Ways You Can Get Injured in a Bicycle Accident and What to Do