How Stalin and the Nazis Tried to Copy Henry Ford

How Stalin and the Nazis Tried to Copy Henry Ford 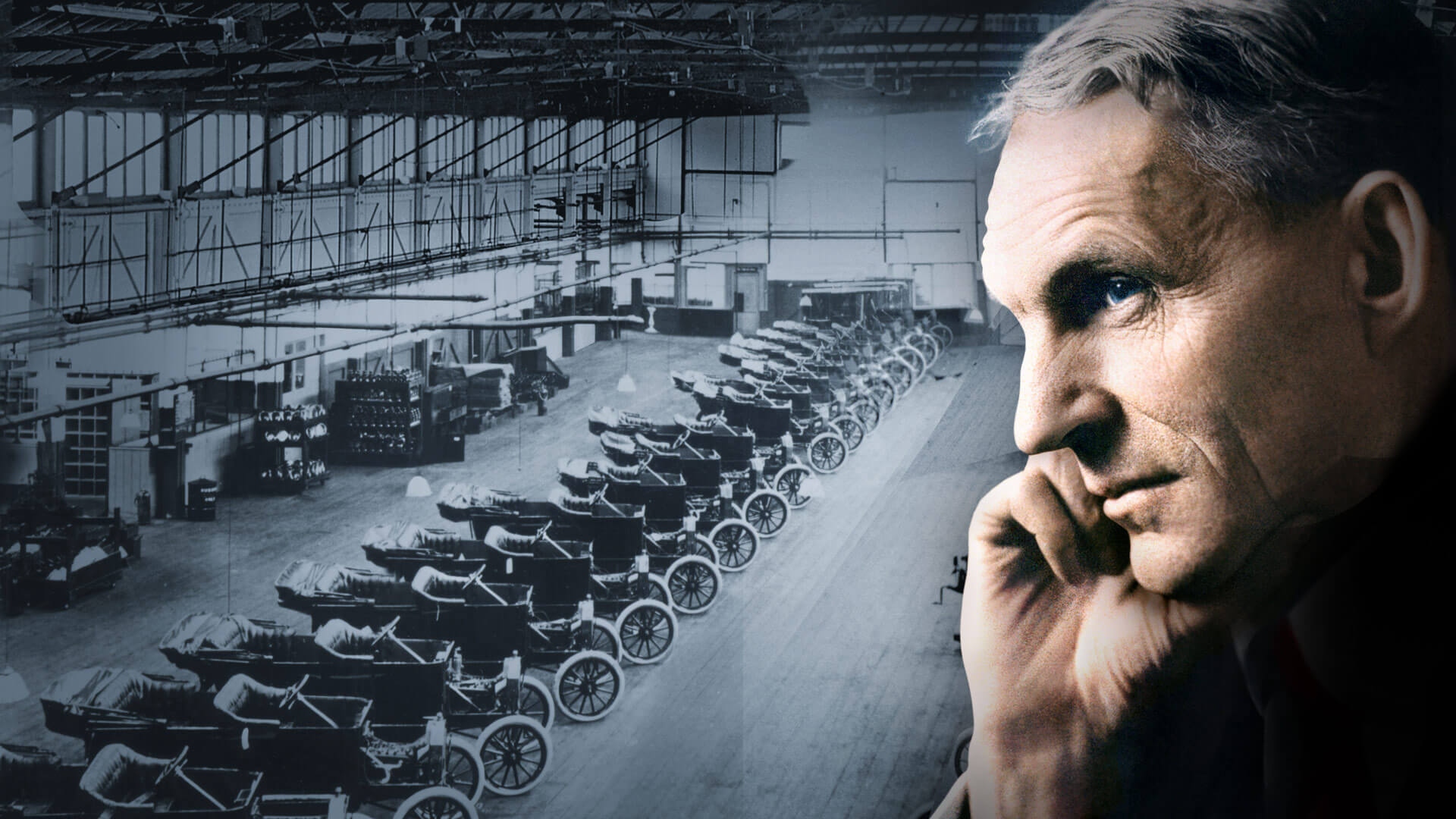 In the early decades of the 20th century, the automakers of Detroit–and Henry Ford in particular–exerted a remarkable influence.

This economic period had multiple periods of economic instability and world war–and that was even before the catastrophe of the Great Depression. In particular, authoritarian rulers of the 1930s were drawn to a model that seemed to combine large-scale facilities under central control with being at the cutting edge of modern industry. Stefan Link tells the story in his recent book. Forging global Fordism : Nazi Germany, Soviet Russia, and the contest over the industrial order (Princeton University Press, 2021).

When it came to developing fresh principles after the bankruptcy of the old economic order in the global crisis of the 1930s, it was Detroit that drew all modernizers of postliberal persuasion, left and right, Soviets and Nazis, fascists and socialists. To be sure, uncounted engineers and admirers had come to see Ford’s factories since the 1910s, when the old Highland Park, forge of the Model T, was first equipped with an assembly line. Yet in the 1930s Ford’s new factory—the much expanded, vertically integrated River Rouge—became the destination of engineering delegations bent on wholesale technology transfer. Italian, German, Russian, and Japanese specialists traveled to Detroit, spent weeks, months, even years at River Rouge to learn the American secret of mass production. With the Gorky Automobile Factory (Gaz) in central Russia, the Soviet Union opened its own “River Rouge” in 1932. In 1938, Hitler laid the cornerstone of the Volkswagen works. Nor were Nazis and Soviets alone. Toyota began operating its Koromo plant in 1938, and Fiat welcomed Mussolini for the opening ceremony of the brand-new Mirafiori facility in 1939. As is easily seen, these Depression-era exchanges laid the groundwork for the infrastructure of global Fordism after World War II. …

Evidently, both the Nazi and the Soviet self-diagnosis of underdevelopment vis-à-vis the United States was soaked in existential ideological sweat. This diagnosis, however, prescribed a simple and precise course of action: beat America with American methods. Lest Germany become “America’s prey,” it was necessary “to study the means and mechanisms of the Americans,” said Theodor Lüddecke, one of Fordism’s most vocal advocates on the Weimar right. Similarly, Arsenii Mikhailov, one of Fordism’s ardent Soviet champions, argued that the goals of the Five-Year Plan required “a swift and complete
switch to the most advanced American technology.

The making of Gaz, the Gorky “Auto Giant,” resulted from this course of action. Gaz marked an extraordinary attempt to transfer American technology wholesale and to indigenize it in a social and economic environment that seemed hardly ready for it. Soviet workers and engineers indeed struggled mightily to adopt what they took from Detroit. But despite enormous sacrifices and waste, somehow, by decade’s end, a capable motor mass production industry had materialized in central Russia. … Germany could dip into deep homegrown technological capabilities that the Soviet Union lacked and therefore struggled somewhat less to assimilate Fordism. The result was a double reception. The Volkswagen plant echoed the Soviet strategy of comprehensive copying. But the Nazi regime also tried (and largely succeeded) to harness the industrial acumen of Ford and General
Motors, both of which had branches in Germany, to its own ends. Ensnaring the Americans in a web of threats and incentives, the regime achieved pervasive, dollar-subsidized transfers of mass production technology into Germany.

There were attempts by Stalinist Russia and Nazi Germany to cut deals with a number of other leading American firms as well. Japan and Italy sought to import Fordism as well.

In Japan, no automobile industry existed after World War I, and during the Twenties both Ford and General Motors built assembly plants that fully covered the needs of the domestic market. By the mid-Thirties, however, the militarist government began to support fledgling attempts by Japanese industrialists to nurture a homegrown auto production. In 1936, the government passed the notorious Automobile Manufacturing Enterprise Law, a measure that discriminated against the American firms, penalized imports of vehicles, and encouraged Nissan and Toyota—weak and inexpert producers compared to the Americans—to expand investments and update their technologies. These measures eventually forced GM and Ford to exit the Japanese market and allowed Nissan and Toyota to acquire the Americans’ factory machinery and hire their workers and engineers.

In Italy, too, the regime tolerated the presence of American carmakers only for a brief period after World War I. In 1929, Mussolini personally thwarted an attempt by Ford to expand its presence in Italy, declaring that American competition would devastate the domestic automobile industry. Instead, Mussolini decisively backed the Turin-based carmaker Fiat, which benefited not only from the regime’s stifling labor policies but also from its military orders, export promotion schemes, and generous foreign exchange allocations for technology from the United States. Ford and GM eventually left the Italian market, while Fiat built its own brand-new, Rouge-style megaplant. Opened in 1939, Mirafiori was very similar to the Nazi Volkswagen project: a Fascist white elephant, valuable for propaganda purposes but also a monument to how assiduously the regime sought to alter its place in the global industrial pecking order

Link tells the story at book-length, and I certainly won’t attempt to recapitulate it here. But I do want to point out some of the ironies involved.

View all
5 Ways To Transform Your Offline Business To Online
Evolving Into Agility: The Butterfly Story
Metal Fabrication: An Introduction to Manufacturing Metal Parts
3R's For A Better Content Marketing ROI
The IoT Security Challenge: A Digital Assurance Imperative
Top 5 Digital Marketing Collaterals For Your Business
Why IoT Will Dominate The Future Of Energy Generation
What Are Banks Doing to Combat Climate Change?
Is Geoengineering Research Objectionable?
How VR is Being Used for Renewable Energy Training
Whither Battery Power?
If Disruptions Force Change, Imagine the Power of Transformation
Geo-Politics and Banking: Caught in the Middle
Understanding The Threat of Synthetic Identity Thefts in Finance
Will Cryptocurrencies Replace Fiat Currencies?
The Main Reasons Why People Get Their Businesses Insured
What Kind of Payment Methods Can You Use While Shopping Online?
3 Things Every Business Owner Should Know About International Money Transfers
International Corporate Taxation: What to Tax?
COVID-19: Lessons to Learn from the Global Pandemic
How Poverty Changed in 2020: Mixed Measures
The COVID Instant Experts: Too Many Experts, Too Little Knowledge
When Business Leaders Endorse Stakeholder Responsibility, What Are They Really Saying?
The US Labor Market Struggles to Reorient
How Long Can Vladimir Putin Stay in Power?
The Eurozone Is Going Down The Japan Way
How AI Can Be Deployed To Improve Immigration Control In Countries
How Stalin and the Nazis Tried to Copy Henry Ford
China Crackdown is About Political Control
How to Create Intelligent Governments with Artificial Intelligence
Which Jobs Will Survive Artificial Intelligence? Here Are The Jobs That Will Remain & Disappear Following The AI Takeover
What's Fundamentally Wrong With Machine Learning?
On The Nature of Vaccine Reticence
Addressing Disability Bias In Artificial Intelligence
3 Ways To Speed Up Drug Discovery With Robotics
What Are Quantum Computers Made Of?
From EA to Chief of Staff: The Journey First, Please. Then, the Title.
5 Work From Home Tips to Stay Motivated
NHS Workers Deserve More Gratitude: How Do We Show It?
Is Investing in Real Estate a Safe Bet for Millennials?
How To Solve Problems Like The Best Leaders
Bounce Back from Adversity
Advantages of Developing a Mobile Business App
What is the Difference Between AirPods and AirPods Pro?
Are You Worried About Data Storage & Its Security? Switch to Cloud-Based Data Management Systems
Power Partnerships and Tech For Good IBM Power Systems & SAP HANA
8 Cloud Computing Myths Debugged
Pair Artificial Intelligence with a Human Touch, And You’re Sure to Thrive

Advantages of Developing a Mobile Business App
5 Ways To Transform Your Offline Business To Online
What is the Difference Between AirPods and AirPods Pro?
Evolving Into Agility: The Butterfly Story
How Long Can Vladimir Putin Stay in Power?