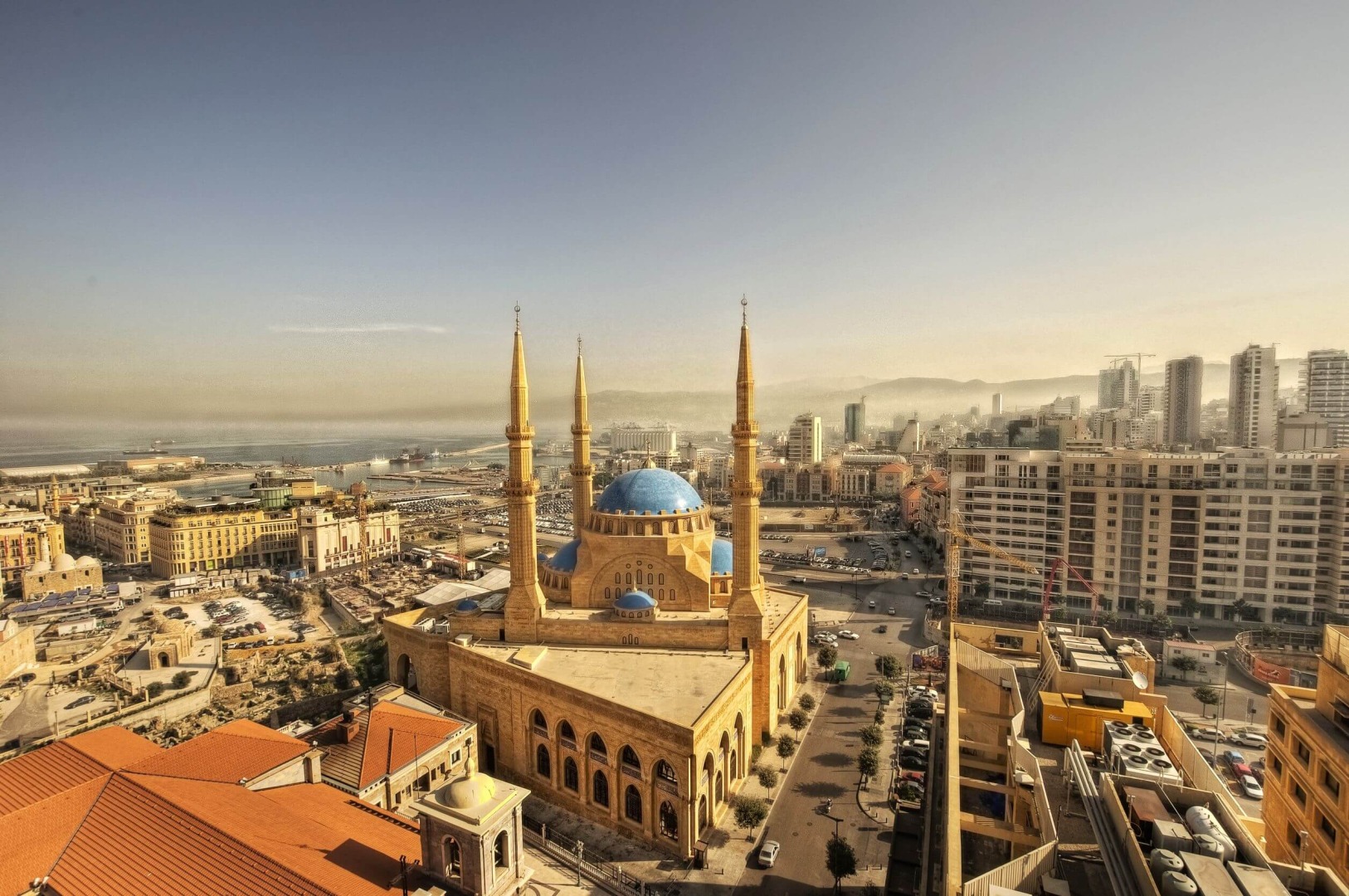 Lebanon has been suffering a severe economic crisis since 2019.

The economic crash resulted in a massive 90% currency depreciation as well as shortages of fuel, medicines, food and electricity. The current salaries cannot buy basic goods like food or sanitary items, while widespread power outages are common due to fuel shortages.

Lebanon’s GDP plummeted from about US$55 billion in 2018 to a projected US$20.5 billion in 2021, while real GDP per capita fell by 37.1 percent. Such a brutal contraction is usually associated with conflicts or wars.

The fall of the exchange rate caused the 2019–2021 Lebanese protests, which ultimately resulted in the resignation of Prime Minister Saad Hariri and his cabinet.

Lebanon has also been dealing with the COVID-19 pandemic through intermittent lockdowns and other measures to mitigate the impact of the virus both on people and the already weak health system.

Unemployment is on the rise. Lebanon has witnessed a dramatic collapse in basic services, driven by depleting foreign exchange (FX) reserves and the high cost of the FX import subsidies on food, fuel and medication.

Lebanon Central Bank Governor Riad Salameh denied that the institution he has led for 30 years was bankrupt and said it was still going about its legally-mandated role despite losses in the financial sector.

Lebanon is in the third year of a financial implosion caused by decades of corruption and bad policies that has led the currency to crash in value by more than 90% and banks to lock most savers out of hard-currency accounts. A draft government financial rescue plan earlier this year estimated a roughly $70 billion hole in the financial sector.

The government is revising the plan as part of talks with the International Monetary fund, from which it is seeking an aid programme.

Economic groups in Lebanon have objected to a plan presented to the IMF that clears the state of liability and leaves depositors and banks to foot the bill. It also turns state debt into heavy losses for the Lebanese economy and society.

After a meeting with the head of the IMF mission, Ernesto Ramirez-Rigo, the groups said that depositors’ money had been squandered due to the fixing of the exchange rate, interest rate differences, and the state’s expenditure.

The World Bank estimates Lebanon's economy to have contracted by nearly 60% between 2019 and 2021, in what it has called one of the worst financial crises in modern times.

The ramifications of the economic crisis are being felt far and wide. Lebanese diplomats overseas did not receive their salaries in dollars last month, while the Lebanese pound has continued to fall in value.

View all
5 Reasons Why Manufacturing Benefits From Automated Quality Assurance Testing
Video Production in the Business World: 4 Reasons Why it Matters
You Need to Use Video Marketing for These 6 Powerful Reasons
Intelligent Multitasking
Top Advantages Of VoIP For Your Business You Should Definitely Consider
Do You Sound Like a Leader?
The Environment & Utility Services
How Has the Energy Crisis Impacted the Cleantech Job Market?
Global Food Crisis | Agriculture Subsidies | Climate Change | Drought
Energy Research For Electric Vehicles | Autonomous Thought Networks | Mechatronics
How Blockchain and IoT Collectively Reshape Food Production
Mental Healthcare and Climate Change in Small Island Developing States
How to Manage Your Money
What Is Credit Score, And Why Is It Important?
The Crypto Trilemma
Top Tips That Will Help You Gain Control of Your Bank Account Again
Bank of England Announced That £20 and £50 Paper Banknotes Will Soon Go Out of Circulation
5 Types of Mortgage Loans for Home Buyers
Grade Inflation and College Completion
Pandemic Macro: Stimulus vs. Insurance
Why Government Anti-Inflation Plans Fail
Labor Economics: The Future of Work is Low-Budget Employment
Global Food Crisis: Alternatives to Ukrainian Grain and Russian Fertilizer
Labor Economics | Future of Work | Supply Squeeze | Manufacturing
Emmanuel Macron Wants to Develop a European Metaverse
Brexit: Some Early Evidence and Ironies
A Lateral Way To Expose War Crimes and Fight Disinformation
Gustavo Petro Wins Colombian Presidency
Rotational Migration
Brexit: EU Launches Legal Action Over UK's Northern Ireland Protocol Bill
Top Tips That Will Help You Recognize a Reliable Pharmaceuticals Manufacturer
The Importance of Library Innovation in Mental Health Care
Neuroplasticity Pen: Neurotech Research Pre-Alzheimer's Disease and Stroke
Brain Science: Psychiatry at Amyloid Beta’s Era of Alzheimer’s Research
6 Things We Learned From The Latest Pandemic Crisis
Metabolic Syndrome | Memory Disease | Brain Science | Sleep Neurobiology
6 Things You Should Pay Attention To If You Decided To Buy a Car
Addiction Rehab Marketing Tips and Tricks That Will Attract More Clients
How Consistency Helps To Build Your Brand Passively
6 Good Reasons To Learn First Aid
Chronic Tiredness is Your Doing
6 Simple & Most Efficient Workouts You Can Do At Your Home
How Virtual Reality is Revolutionizing Motion Pictures
The Metaverse: Myths and Facts
How Machine Learning-Enabled Prosthetic Limbs Improve Mobility for the Disabled
The Benefits of Using a Starscope Monocular Telescope
What is a UX Audit, and Why Should You Conduct One?
The Current Demand For 3D Printing: What You Should Know