The Queen is celebrating her 96th birthday in Sandringham.

Britain's longest-lived monarch travelled by helicopter to her Norfolk estate, where she will be joined by family and friends. Her loyal champion Prince Philip died just over a year ago and she felt his loss deeply.

Her majesty is expected to stay in a cottage on the estate particularly liked by her late husband, Prince Philip. Since Philip’s passing, the Queen has turned to Charles and William more and more.

The queen was born in 1926, not in a royal residence, but in a London townhouse on Bruton Street, where she first lived with her father and mother, who became King George VI and Queen Elizabeth.

Her reign has been a triumph. Today’s gun salutes in Windsor at midday marked the 96th birthday of Her Majesty.

Birthday wishes have been sent by Prime Minister Boris Johnson and Labour leader Sir Keir Starmer and gun salutes will be fired.

A photograph has been released to mark the birthday, showing the Queen with two ponies and reflecting her lifelong interest in horses.


The picture was taken at Windsor Castle, where the Queen now mostly stays, and shows her with two Fell ponies, who will appear in the forthcoming Royal Windsor Horse Show.

The Queen's 96th birthday marks another unprecedented age for a British monarch, in a year in which she has become the first monarch to celebrate a Platinum Jubilee of 70 years on the throne.

Queen Elizabeth II, oversaw a vibrant era in Britain's history. Her main achievements include her service during the Second World War; the overriding sense of stability and continuity she has given through the decades; her guidance and leadership of the Commonwealth and overseeing the modernisation of the monarchy.

The next longest-lived monarchs were Queen Victoria and George III, who lived to the age of 81, and were the only other monarchs to have lived into their 80s.

According to figures from the Office for National Statistics, the Queen is one of about 124,000 people in the 95 to 99 age group in the UK, almost three quarters of these being women. 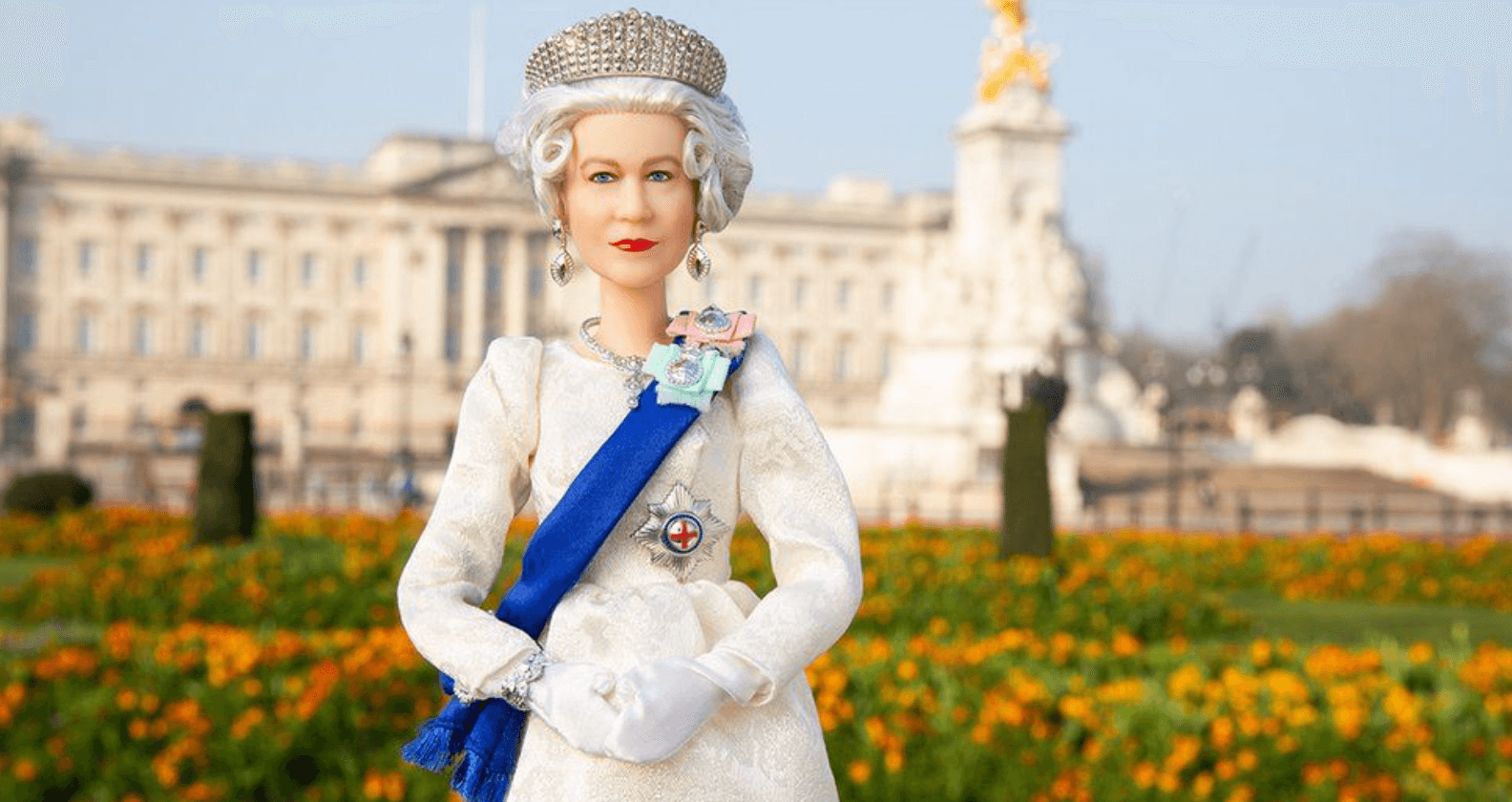 A Barbie doll celebrating the legacy of the Queen is being released to commemorate her Platinum Jubilee, featuring a recreation of her wedding tiara and an ivory gown fitted with a blue ribbon.

Queen Elizabeth II is also the first British king or queen to address the US Congress, and her ground-breaking visit to the Republic of Ireland in 2011 was truly historic — seeing her universally praised for her gestures of reconciliation during the first official visit by a British monarch in 100 years.

Although the Queen was born in April, there is an official summer celebration of her birthday in June.

The royal tradition of celebrating the monarch’s birthday twice in one year began quite some time ago in 1748.

It was all started by the Queen’s distant relative, King George II, and all for an unlikely reason.

George II wished to throw a public celebration, with a parade and plenty of pomp and circumstance to mark the occasion of his birthday.

However, having been born in November, the odds on the weather holding out for a huge outdoor bash in the UK were pretty slim.

This led to him marking his birthday twice – once for the public in the summer and once in private in November.

Instead, the monarch decided to use the UK’s annual military parade, held in the summer, as his official birthday celebration.

This tradition has continued for over 250 years, with Queen Elizabeth now also celebrating two birthdays a year with one celebration in April and a public, official event in June.

View all
5 Reasons Why Manufacturing Benefits From Automated Quality Assurance Testing
Video Production in the Business World: 4 Reasons Why it Matters
You Need to Use Video Marketing for These 6 Powerful Reasons
Intelligent Multitasking
Top Advantages Of VoIP For Your Business You Should Definitely Consider
Do You Sound Like a Leader?
The Environment & Utility Services
How Has the Energy Crisis Impacted the Cleantech Job Market?
Global Food Crisis | Agriculture Subsidies | Climate Change | Drought
Energy Research For Electric Vehicles | Autonomous Thought Networks | Mechatronics
How Blockchain and IoT Collectively Reshape Food Production
Mental Healthcare and Climate Change in Small Island Developing States
How to Manage Your Money
What Is Credit Score, And Why Is It Important?
The Crypto Trilemma
Top Tips That Will Help You Gain Control of Your Bank Account Again
Bank of England Announced That £20 and £50 Paper Banknotes Will Soon Go Out of Circulation
5 Types of Mortgage Loans for Home Buyers
Grade Inflation and College Completion
Pandemic Macro: Stimulus vs. Insurance
Why Government Anti-Inflation Plans Fail
Labor Economics: The Future of Work is Low-Budget Employment
Global Food Crisis: Alternatives to Ukrainian Grain and Russian Fertilizer
Labor Economics | Future of Work | Supply Squeeze | Manufacturing
Emmanuel Macron Wants to Develop a European Metaverse
Brexit: Some Early Evidence and Ironies
A Lateral Way To Expose War Crimes and Fight Disinformation
Gustavo Petro Wins Colombian Presidency
Rotational Migration
Brexit: EU Launches Legal Action Over UK's Northern Ireland Protocol Bill
Top Tips That Will Help You Recognize a Reliable Pharmaceuticals Manufacturer
The Importance of Library Innovation in Mental Health Care
Neuroplasticity Pen: Neurotech Research Pre-Alzheimer's Disease and Stroke
Brain Science: Psychiatry at Amyloid Beta’s Era of Alzheimer’s Research
6 Things We Learned From The Latest Pandemic Crisis
Metabolic Syndrome | Memory Disease | Brain Science | Sleep Neurobiology
Addiction Rehab Marketing Tips and Tricks That Will Attract More Clients
How Consistency Helps To Build Your Brand Passively
6 Good Reasons To Learn First Aid
Chronic Tiredness is Your Doing
6 Simple & Most Efficient Workouts You Can Do At Your Home
Giving Up Is Never An Option In Life
How Virtual Reality is Revolutionizing Motion Pictures
The Metaverse: Myths and Facts
How Machine Learning-Enabled Prosthetic Limbs Improve Mobility for the Disabled
The Benefits of Using a Starscope Monocular Telescope
What is a UX Audit, and Why Should You Conduct One?
The Current Demand For 3D Printing: What You Should Know