Reflections on Sources of US Energy Consumed

Reflections on Sources of US Energy Consumed 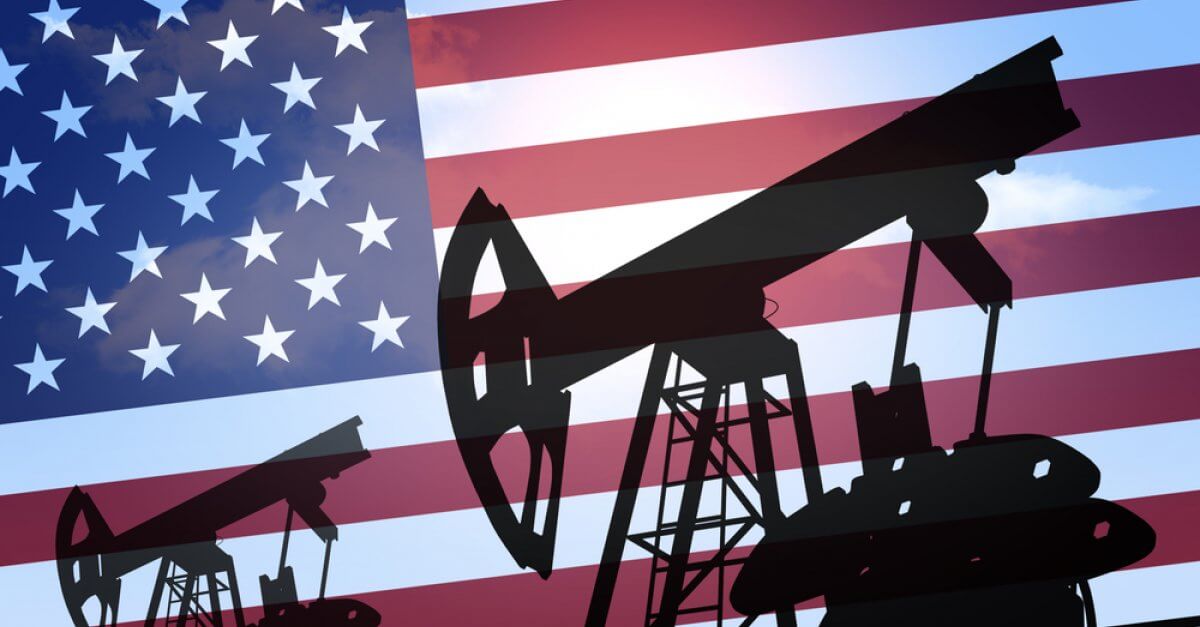 Amidst all the discussions of how to encourage non-carbon sources of energy, it can be useful to step back and look at the basic patterns of US energy consumption. Here, I draw upon the U.S. Energy Information Administration webpage on “U.S. Energy Facts Explained.”

This figure shows US “primary” energy consumption by source. The attentive reader will notice that “electricity” does not appear as a source of energy. The reason, of course, is that while electricity is used primarily as a mechanism for transmitting power, and sometimes (batteries) for storing power, electricity is not a “source” of power itself, but instead needs to be generated from an underlying source. 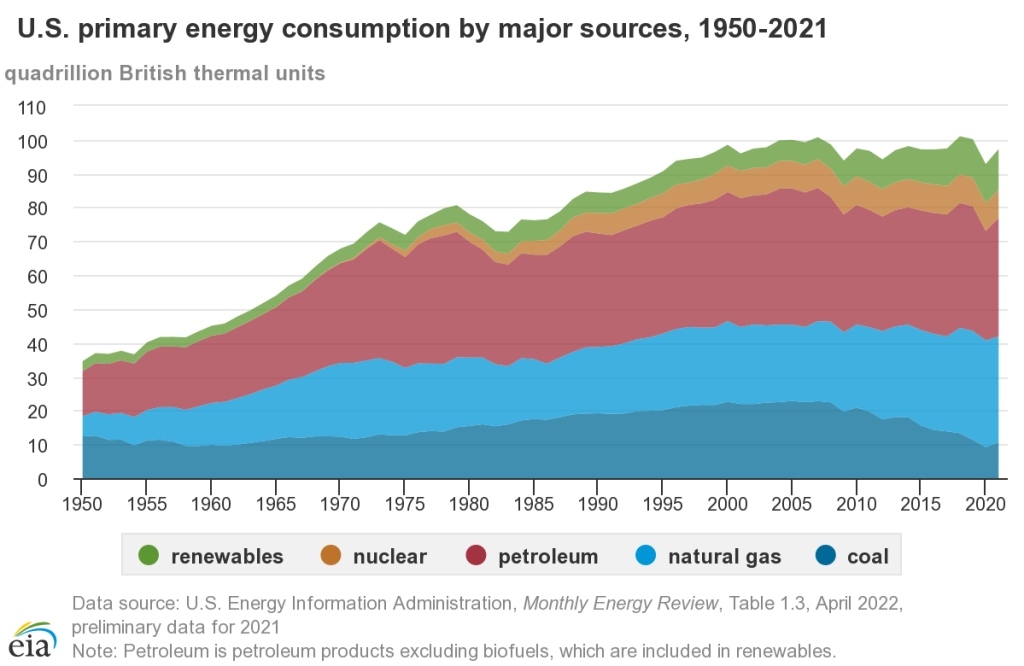 The category of renewables, however, includes more than wind and solar. Here’s a breakdown for US energy consumption in 2021:

For those who are mentally relying on solar/wind/geothermal as the primary power sources of the future, these numbers suggest the scale of the challenge. The share of US energy consumption coming from fossil fuels–coal, natural gas, petroleum–was about 85% of the total in 2000, and is now about 79%. The rise in renewables, especially biomass, wind, and solar, explains how this decline in fossil fuels occurred.

But this change has taken two decades. If the US economy is going to consume roughly the same level of energy over time, which is the pattern of the last few decades, then wind/solar/geothermal will need to grow by a multiple of 10 if these sources are to provide half of US energy consumption. A transformation of this scale would require, among other changes, an extraordinary build-out of new power lines from these new sources of energy to where the electricity is needed; an extraordinary rise in mining to provide the materials needed both for solar cells and for the power lines; re-engineering the power grid to be more capable of addressing sources of electricity that can fluctuate; the development of new methods for storage of electricity for when the wind isn’t blowing or the sun isn’t shining; and an extraordinary rise in capabilities to recycle old solar cells and wind turbines when they have reached the end of their cost-effective lifespans.

My own sense is that new technologies will be needed in all of these areas, and others, including use of hydrogen for energy storage, nuclear as an energy source, probably methods of carbon capture and storage, and methods of conserving existing energy use.

Here’s a final figure to show some of the complexity of the energy problem. The left-hand panel shows the primary sources of energy. The right-hand panel shows the end-use sectors for energy. Sometimes the source of energy is used directly by a certain sector: for example, the top line shows that 69% of petroleum is used in the transportations sector, where it represents 90% of all the energy used. 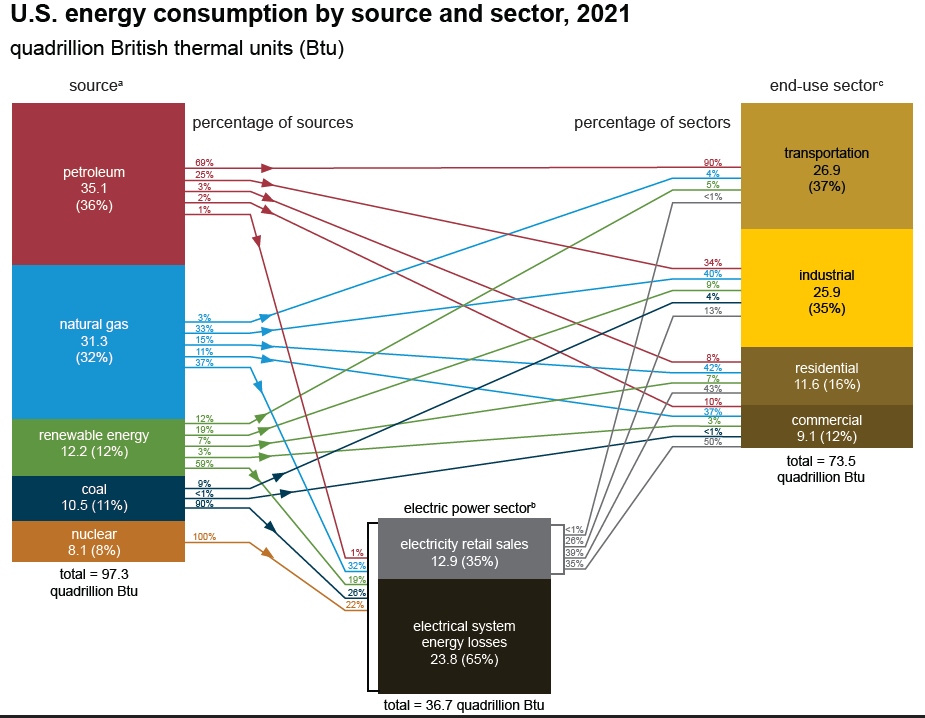 The challenge of reducing reliance on fossil fuels isn’t just on the left-hand side of this figure: that is, raising output of renewables in a way that can offset use of fossil fuels. It’s about rethinking and rewiring all the connections between primary energy and end-users in this figure.