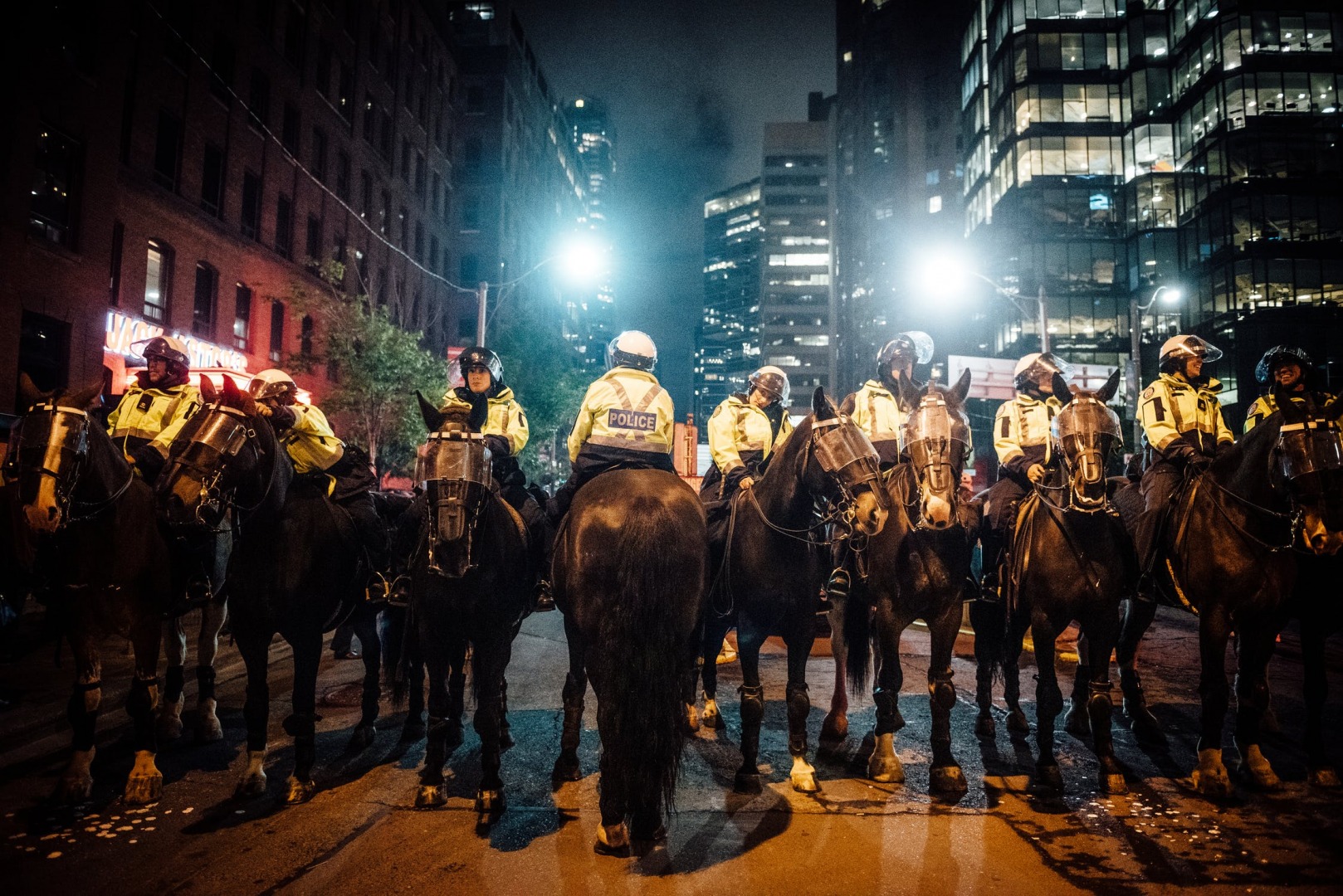 History is rife with examples of unaddressed social unrest culminating in bloody wars and revolutions.

The use of AI in government efforts to understand public sentiment can avoid the repetition of such events in regions troubled by economic and political instability.

While they’re often triggered by one, wars and revolutions rarely have a simple, singular cause. For instance, while the assassination of Archduke Franz Ferdinand is regarded as the event that triggered World War I, the war itself was a consequence of a number of other interdependent causes. Similarly, the violent Bolshevik revolution in Russia also had more than one simple cause. The same can also be said for the more recent Arab Spring, which resulted in tens of thousands of deaths across multiple countries.

Such conflicts are largely the result of—among other factors—public unrest and dissatisfaction with the status quo. Thus, to prevent such events, it is important to keep track of social unrest, especially in volatile regions. Measuring the degree of disagreement with existing and proposed government policies can help administrators to prevent mass social unrest and the ensuing conflicts. However, with the limited resources at the hand of government agencies, this task has been hard to manage until recently. But now, with the use of AI in government operations, authorities can have a constant finger on the pulse of their citizens. 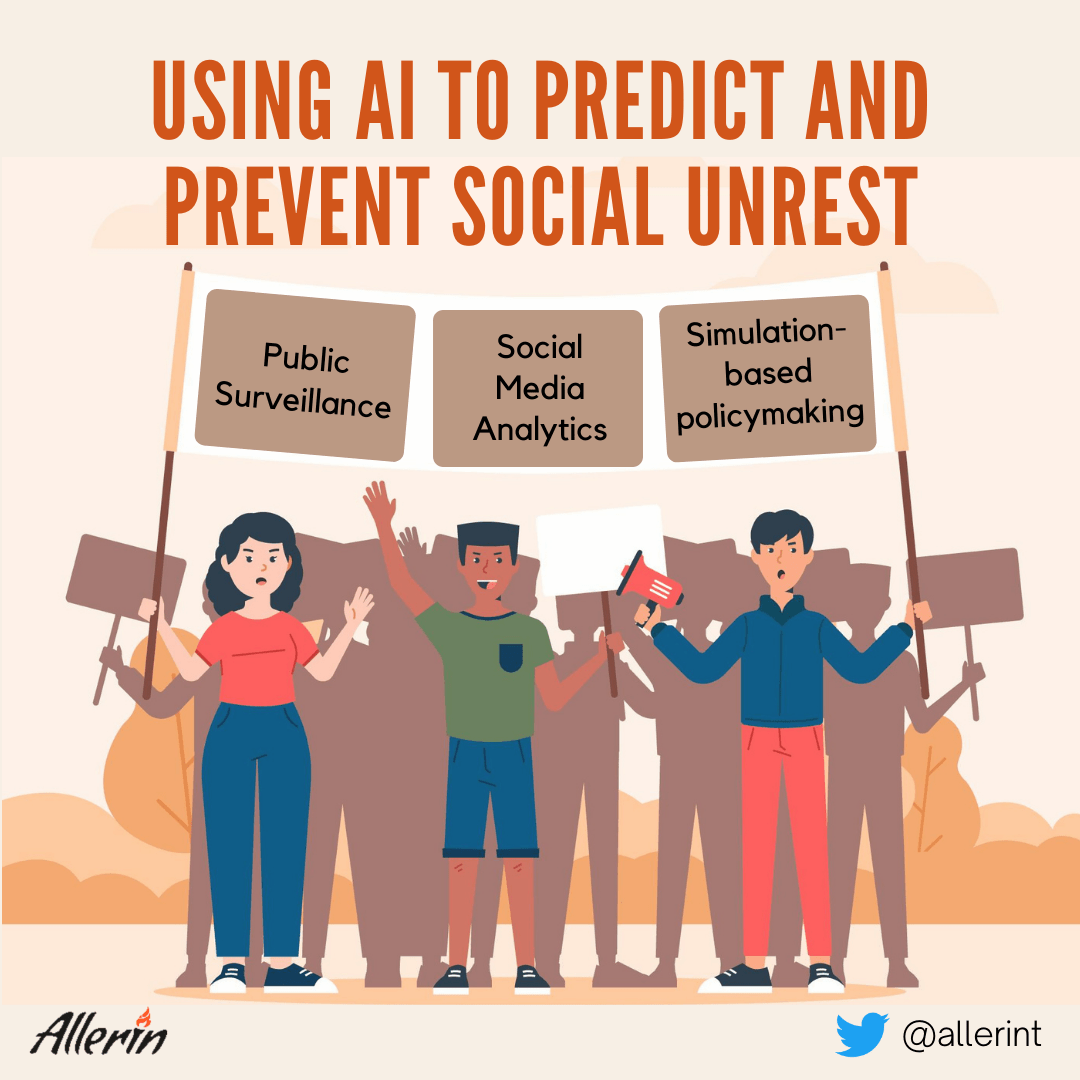 The use of AI and AI-based technologies in law enforcement has already been well documented. Specifically, tools like computer vision and video analytics are helping government agencies to monitor public spaces in real time for early signs of nuisance or violence. These systems can pick out individuals engaging in suspicious behavior or carrying hazardous items like guns. Moreover, these tools also act as deterrents for potential troublemakers, thereby making public spaces safer. Similar tools can be used to monitor areas where there is political instability.

A popular example of such technology is Project Maven, which is an attempt by the US military to use computer vision to analyze the vast volumes of drone-collected footage. The project aims to use video intelligence to recognize people and objects in videos for purposes of maintaining national security. There have also been other attempts at using computer vision to estimate how violent a protest is likely to be by analyzing images of protestors. Such tools can read the non-verbal cues exhibited by protestors to understand the emotions they are feeling at the protest site. However, such technologies only help in identifying and predicting trigger events. They do not help in detecting signs of potential violence significantly ahead of time. To predict social unrest ahead of time, governments need to rely on a much larger dataset collected over a much longer timeline.

To overcome the aforementioned prediction problem, government agencies can use AI and data analytics on historical and online data. This online data can be in the form of social media activity, news reports, and any other kind of record of events and social trends. The GDELT project is a technology initiative that records and analyzes news reports in multiple formats (print, digital, and broadcast) and over a hundred languages to create a clear picture of the trends characterizing a specific place at a specific time. By using this information, governments—or any organization, for that matter—can find the links between specific social trends and geopolitical events. These links can help to gauge the general public’s sentiments on different matters in different places and can help in sensing the tell-tale signs of unrest. There have also been instances of AI systems being effectively used to predict conflict before it has emerged. For instance, an AI-based tool helped scientists to predict the violent conflict in Burkina Faso, an African country, months before it broke out in 2018. The AI model was trained using all the available economic and social data associated with conflict-torn regions, including seemingly unrelated data such as agricultural productivity and Foreign Direct Investment. While such systems might offer insight into potential violence in the near future, governments need to ensure that there is no reason for unrest or dissatisfaction among its citizenry. And for that, governments need tools that can serve as more than a mere warning system.

Identifying and Addressing the Causes of Unrest

Social unrest is seldom a result of uncontrollable factors. More often than not, social unrest is a product of an ineffective government. Government policies that undermine the current needs and long-term wellbeing of citizens act as seeds of discontent in volatile regions. Most governments in these regions find themselves in such positions due to decades of bad policy and ineffective decision-making. Such situations can be avoided entirely by framing public policy in a more circumspect manner. To do so, future governments will be able to use AI to predict how well their proposed policies will be received by the population.

On the grandest scale, AI can be used to create alternative models of reality to simulate the effects of different policies on a given population. To be effective, these models will need to be informed with as much anthropological, economic, demographic, historical and geographical data as possible. Moreover, they also need to be fed with large volumes of real-world data from the present, including social media information and news reports to give an accurate representation of the current state. By testing the effects of different decisions, governments can frame policies that are satisfactory to all sections of their population. Even if the proposed policies are absolutely necessary but are viewed unfavorably by the public, lawmakers can take focused efforts to educate the concerned citizens. Researchers are already exploring such possibilities by simulating interactions between artificially intelligent agents to gauge the potential for social unrest among a given population. These agents are given specific traits and beliefs like humans and programmed to behave as a human would. By using these virtual interactions, lawmakers can predict the social dynamics between groups and assess the probability of conflict. The key to using AI in government efforts to predict and minimize public unrest is to have a large volume and variety of accurate data. In a quest to gather data, it is easy for governments to assume that privacy can take a backseat when public welfare and social harmony are involved. This is far from true. Privacy forms the essence of public wellbeing and must be respected at all costs. That’s because, while both scenarios are far from desirable, a government violating its citizens’ rights is just as bad as—or perhaps even worse than—one part of the population doing so to another. Governments should, therefore, avoid using the need for social harmony as an excuse to turn into a draconian surveillance state that does more harm to human rights than good.