Was Primitive Communism Ever Real?

Was Primitive Communism Ever Real? 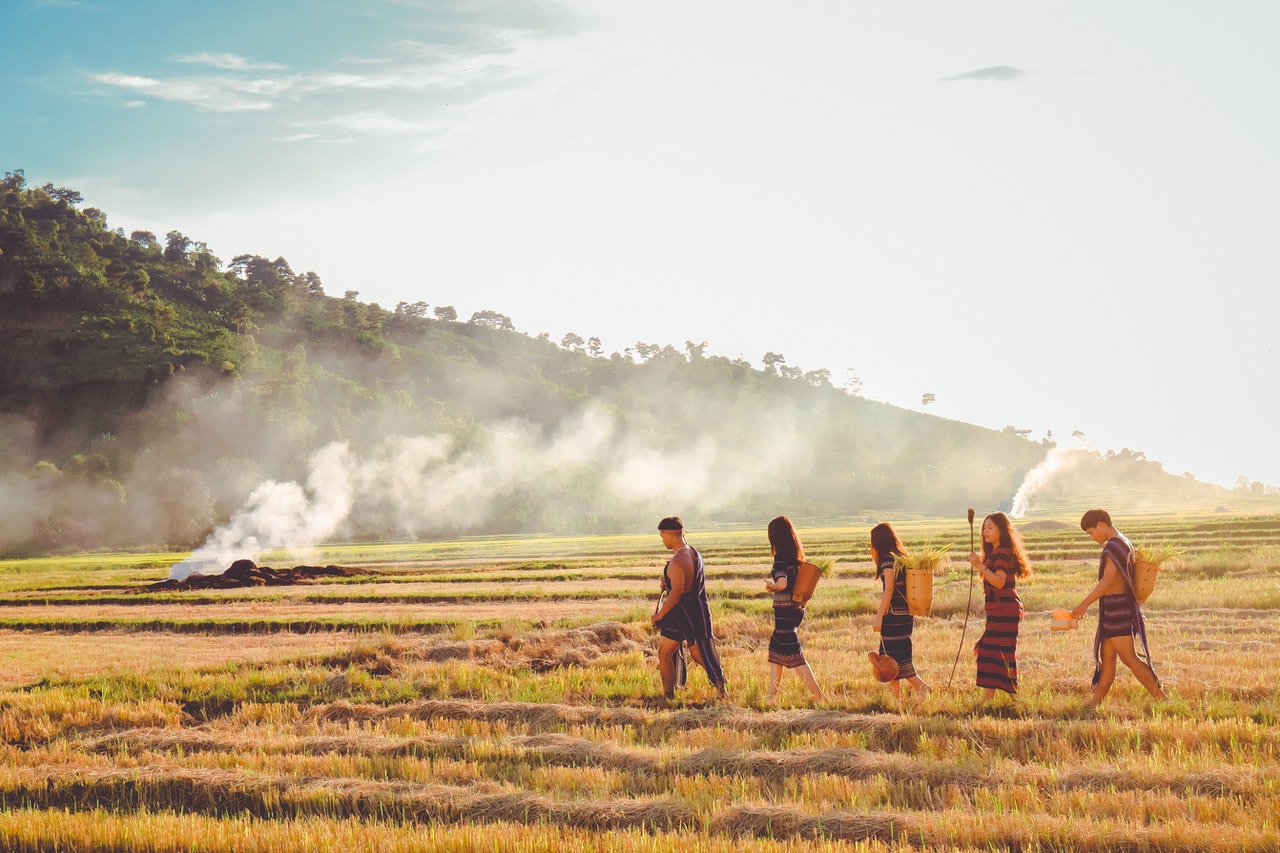 There’s an image many of us carry around in our minds, an image of a primitive time when small groups of people lived together and shared equally.

Manvir Singh describes the evidence in “Primitive communism: Marx’s idea that societies were naturally egalitarian and communal before farming is widely influential and quite wrong” (Aeon, April 19, 2022). He writes:

The idea goes like this. Once upon a time, private property was unknown. Food went to those in need. Everyone was cared for. Then agriculture arose and, with it, ownership over land, labour and wild resources. The organic community splintered under the weight of competition. The story predates Marx and Engels. The patron saint of capitalism, Adam Smith, proposed something similar, as did the 19th-century American anthropologist Lewis Henry Morgan. Even ancient Buddhist texts described a pre-state society free of property. … Today, many writers and academics still treat primitive communism as a historical fact. …

Primitive communism is appealing. It endorses an Edenic image of humanity, one in which modernity has corrupted our natural goodness. But this is precisely why we should question it. If a century and a half of research on humanity has taught us anything, it is to be sceptical of the seductive. From race science to the noble savage, the history of anthropology is cluttered with the corpses of convenient stories, of narratives that misrepresent human diversity to advance ideological aims. Is primitive communism any different?

So that you are not kept in suspense, gentle reader, the evidence in favor of primitive communism is at best highly mixed. In some primitive tribes, perhaps especially the Aché hunter-gatherers who lived in what is now Paraguay, food was shared very equally. But the Aché appear to be at one end of the spectrum. In many other hunter-gatherer tribes, those who succeeded at hunting or gathering could distributed the product of their labor as they personally saw fit. In addition, even among the Aché, as well as every other hunter-gatherer tribe, there were a number of possessions held as private property. Singh writes:

{H]unter-gatherers are diverse. Most have been less communistic than the Aché. When we survey forager societies, for instance, we find that hunters in many communities enjoyed special rights. They kept trophies. They consumed organs and marrow before sharing. They received the tastiest parts and exclusive rights to a killed animal’s offspring. The most important privilege hunters enjoyed was selecting who gets meat.  … Compared with the Aché, many mobile, band-living foragers lay closer to the private end of the property continuum. Agta hunters in the Philippines set aside meat to trade with farmers. Meat brought in by a solitary Efe hunter in Central Africa was ‘entirely his to allocate’. And among the Sirionó, an Amazonian people who speak a language closely related to the Aché, people could do little about food-hoarding ‘except to go out and look for their own’. …

All hunter-gatherers had private property, even the Aché. Individual Aché owned bows, arrows, axes and cooking implements. Women owned the fruit they collected. Even meat became private property as it was handed out. … Some proponents of primitive communism concede that foragers owned small trinkets but insist they didn’t own wild resources. But this too is mistaken. Shoshone families owned eagle nests. Bearlake Athabaskans owned beaver dens and fishing sites. Especially common is the ownership of trees. When an Andaman Islander man stumbled upon a tree suitable for making canoes, he told his group mates about it. From then, it was his and his alone. Similar rules existed among the Deg Hit’an of Alaska, the Northern Paiute of the Great Basin, and the Enlhet of the arid Paraguayan plains. In fact, by one economist ’s estimate, more than 70 per cent of hunter-gatherer societies recognised private ownership over land or trees.

Singh describes how primitive societies often had severe punishments for those who transgressed the applicable property rights. In addition, the social bonds that led to extreme sharing among the Aché had some horrific consequences. When you engaged in extreme sharing, it was based on the idea that in the not-too-distant future you would also be the recipient of extreme sharing by others. But what about those who seemed unlikely to be contributors to future sharing? In Aché society, widows, the sick or disabled, and orphans were likely to be killed: “The Aché had among the highest infanticide and child homicide rates ever reported. Of children born in the forest, 14 per cent of boys and 23 per cent of girls were killed before the age of 10, nearly all of them orphans. An infant who lost their mother during the first year of life was always killed.”

We can debate why the vision of a pre-industrial sharing society has such a sentimental pull. But as a matter of fact, it seems to be a wildly oversimplified story. Singh writes: “For anyone hoping to critique existing institutions, primitive communism conveniently casts modern society as a perversion of a more prosocial human nature. Yet this storytelling is counterproductive. By drawing a contrast between an angelic past and our greedy present, primitive communism blinds us to the true determinants of trust, freedom and equity.”

I will leave my definitive discussion of “the true determinants of trust, freedom and equity” for another day. But in that discussion, the idea that human beings have a pure, primitive, natural, inclination toward trust, sharing, and mutual respect will not play a major role.

Hat tip: I ran across a mention of this article in a post by Alex Tabarrok at the remarkably useful Marginal Revolution website.