Diet, as a Matter of Taste

Diet, as a Matter of Taste 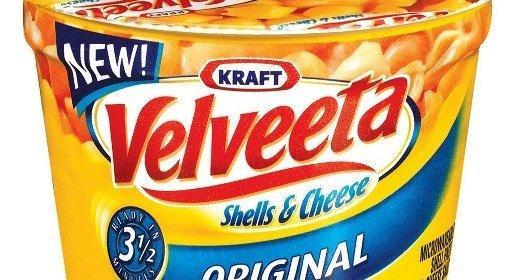 Some years ago, I found myself at a corporate meeting of Kraft. I don’t recall exactly how or why I wound up on that guest list, but I recall that the meeting was rather surreal.

Kraft had sent their senior executives and their nutrition director to Manhattan to gather with nutrition authorities and get insights into consumer trends for the upcoming 5 years. The corporate ambition for the meeting was to get their R&D ahead of such trends. We, the nutrition experts, were there to read our tealeaves.

The meeting began with personal introductions around the perimeter of a very large conference table. Everyone said hello, who they were, and generally something complimentary about Kraft.

When my turn came, I said hello- and that I must be on the wrong bus. I certainly had nothing complimentary to say about Kraft, a signature participant in the invention of “junk food.” I said as politely as I could that if I remained at the meeting, I would tell them the truth as I perceived it, and that they might not like hearing it. I fully expected a burly, Velveeta-fueled bouncer to throw me out. For reasons I understand no better now than then, they smiled, nodded, and kept me.

And so we did talk about consumer trends. I grew ever more incredulous as the Kraft team feigned passive responsiveness to such trends. My view was different, based on some rather damning and high-profile intel: Kraft, along with the rest of Big Food, was crafting consumer trends. They were adulterating the prevailing American palate by careful design- and then feeding it accordingly.

I knew less about all that then than we all know now, thanks in particular to Michael Mossand his incisive writing on the topic. But still, I knew enough to challenge them. I suggested that by creating dubious concoctions of refined wheat, sugar, salt, and the worst varieties of fat, they were creating a demand for ever more of the same- since familiarity is among the more potent determinants of taste preference. I quoted one of my favorite sayings to them: “the best way to predict the future, is to create it.”

How about, I suggested, they helped shape favorable consumer trends by formulating better products? As things stood, they were creating the demand to which their supply was the answer, and profiting at the expense of public health.

I vaguely recall an answer from one of the Kraft executives involving a beatific smile, outstretched arms, and this rejoinder: “yes, it’s true- we do sell people what they want to buy!” I don’t recall any progress past that point. The meeting came to its natural conclusion, and in the years since, Kraft has never called me again, nor have I expected much of them.

Reflecting back on that meeting these years later, as someone who writes truth about food to power almost every week, I can’t help but wonder if what is true of our still adulterated food supply is also true of our mainstream food for thought on the same topic. Specifically, we receive the information about diet we allegedly want- but maybe the information we receive conditions our cognitive palate.

Diet books in general, and in particular those that make best-seller lists, share a formula- just as junk foods share the salient entries in their ingredient lists. The gist of that formula is: cherry-pick your citations so your case seems unassailable and erudite; speak only in absolutes; identify a scapegoat, silver bullet, or preferably, both; hint at conspiracy and privileged knowledge delivered courtesy of rare courage to defy the system; offer the moon and stars by means of some effortless legerdemain.

This formula repeats in endless incarnations, and obviously- none of them does what it claims, or there would never be another.

But publishers are reluctant to deviate from the pattern, claiming just what Kraft claimed: they need to satisfy the public’s native preferences. But are such preferences for nonsense truly native? Might they be acting instead like Kraft in creating the very demand that demands exactly what they supply?

These parallel scenarios remind me of a favorite episode of the original Star Trek series. The Enterprise is called in to help address a planet-wide plague compounded by a failing supply of the necessary treatment. They eventually discover that the plague is not cured by the drug, but created by it. The drug is addictive, and the symptoms of the “disease” that emerge when the drug is not provided are, in fact, signs of withdrawal. The responsible cartel withholds this information, of course, until they are outed- all the while concocting the “disease,” to peddle the remedy.

The media and publishing industries may be, whatever their motivations, that very cartel (there goes my next publishing deal! Oh, well…).

Let’s be clear: where people around the world reliably derive health and vitality from food, they don’t do so courtesy of morning shows offering an ever-changing flavor-of-the-weekapproach to truth. They do not focus on the dizzying discord where details are hotly debatedad infinitum; they rely, instead, on the stable perch of common ground. They get to health not on the basis of headlines, hyperbole, and hooey- but heritage. Their practices have stood the test of time and generations, are informed by both sense and science, and are the stuff of global expert consensus.

Here, we are sold an endless parade of quick-fix pretenders, which of course never fix anything. Invoking variations on much the same theme of false promises, scapegoats, and silver bullets each time- they fail us, leaving us a little older, a little fatter, and a little more desperate. Desperate for what? For the next quick fix, and false promise. Thus, the media-publishing complex propagates and profits from this perennial effect, while peddling its cause.

For our information about diet and health, as for our food, our demand is being manufactured for us by the suppliers; our taste preferences are being shaped by those selling what they teach us to crave, and require. In principle at least, we could change our demand for the better, and thereby force the supply to keep pace. Until or unless we do so, however, our minds like our bodies are apt to remain overfed- and poorly nourished.