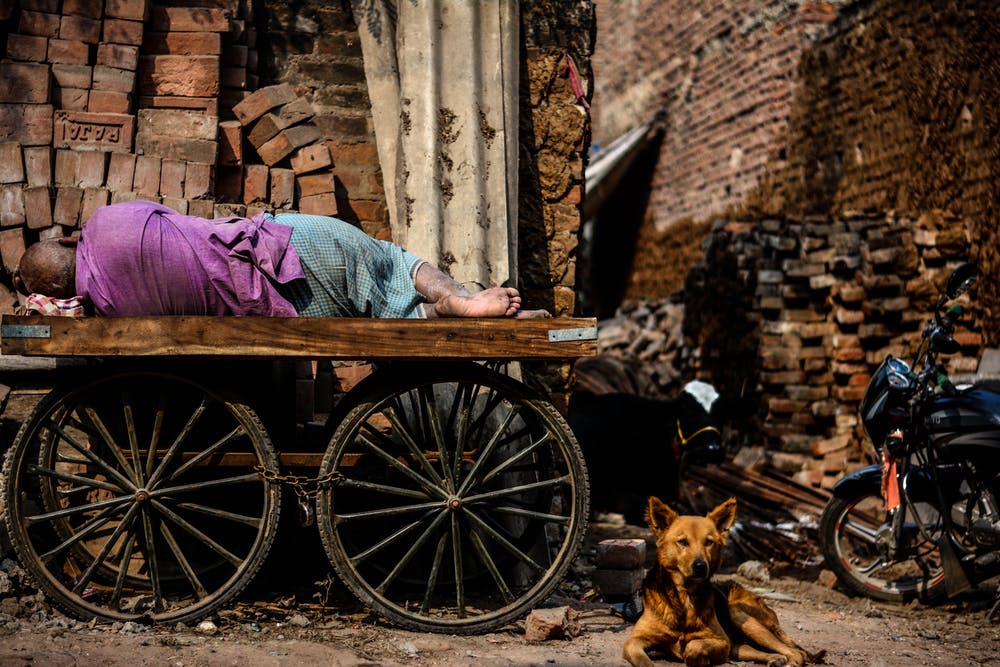 This column is not about the quotidian variety of homelessness we’ve all encountered in every major city we’ve ever visited. It could be, and arguably even should be.

That condition is a threat to health in every way imaginable, from deficiencies of hygiene to excess of heat and cold; from inadequacies of nutrition to the perennial threat of violent abuse. As such, it is entirely legitimate fodder here, well within the purview of concerns that populate preventive medicine. That much more so the related domain of public health, where homelessness signifies the erosion and corrosion of social determinants of health, from compassionate treatment of mental illness to remediation of vast disparities in income, education, and opportunity.

But worthy though that seemingly intractable problem is of our attention here, that is not my topic today. I am referring instead to cosmic homelessness. We are at risk, one and all, of losing our only home. While there is still time, if indeed there is, to prevent utter calamity- I raise my voice here in solidarity with the many others calling out in alarm, seeking awareness, action, and urgency. This is the ultimate test for Preventive Medicine- for if we fail to prevent the ruin of Earth, we will prevent no other dire outcome. There are no healthy people on a ruined planet.

Those of you already convinced and committed, those who know that climate change is real and advanced, and that we are the reason for it; those who know that the planet’s true and incomparable treasure is biodiversity and the glorious balance of complex ecosystems; those who know that what we are doing to food and water, forest and ocean, field and stream threatens our own offspring with hunger and thirst- have less need to hear this. But even to you, I feel compelled to say: as a preventive medicine physician, having devoted my entire career to doing all I can to add years to lives and life to years, this is my constant preoccupation now. I worry we are like the terribly overworked staff in any given ICU, all but deaf to the constant blare of alarms and sirens.

To those not yet convinced, for whatever dubious reasons, you are- in my professional opinion- on the wrong side of history. You are, forgive the bluntness, the disastrous weight of ballast as the rest of us try to turn the Titanic around. Our looming fate is no less obvious at this point than that iceberg up ahead. The irony, of course, is that actual icebergs are now melting.

Every version of denial is flagrantly obsolete nonsense. The shibboleth that climate change models are fraught with uncertainties was blinkered from the start, never allowing for uncertainties in either direction. Yes, the models are imperfect. While they have performed overall with remarkable fidelity to the facts in the fullness of time, they have mostly erred by underestimating our peril. Climate change is a cascade of cascades that are hard to model. Melting glaciers release methane that speeds the melting of glaciers. Climate change and the carnage it portends is a system of positive feedback loops far worse than cautious computer models, perhaps willfully designed to avoid panic.

Glaciers are melting. Seas are rising. Aquifers are drying. The foundation of biodiversity in the visible realm- insect life- is crumbling. Pollinators are subject to mass poisoning. Fires roar more ferociously, floods rage more destructively. Extinctions cluster as only ever they did when earth was struck by colossal rocks from space.

These are the emphatically established facts at a global scale, but the benighted intransigence of denialism is confronted now ever more intimately. Wherever you and your denial reside, you know things are not as they long were. It’s hotter, and colder, and wetter, and drier. The seasons are just slightly…wrong. The plants you have long known are listless, blighted, or already gone. You don’t see monarch butterflies anymore.

In the New England forests I have known and loved all my life, the die-off of trees is all but overwhelming. The ash are mostly dead already, and the rest are dying. Maples seemingly healthy one year produce stunted leaves the next, and then submit to the brutal amputations of utility crews who can’t leave those enfeebled limbs to dangle near power lines.

The sycamore population declines each year, with trees dying long before their allotted time. And the conifer die-off is far worse still. Borers, taking advantage of trees weakened by weather extremes in every direction, pollutants, acid rain, and degradations of soil and water- are changing the face of our forests before our eyes, in real time. There is nothing vaguely theoretical about any of this. I look out my window at it.

Even this grim accounting is merely the tip of that fast-melting iceberg. But it’s more than enough to put all hands on deck; more than enough for an all-out effort to turn our ship around.

Those inclined to doubt the models of science should ask themselves if they allowed at the start for those models to be wrong…in either direction. They should acknowledge now, as our goose cooks, that what was allegedly good for that goose was good for the gander, too. The models have long since proven more right than wrong- but when wrong, they have mostly proven too timid, not too bold.

Those inclined to sink their doubts and denial deeper still, into the bedrock of science itself, have cause to ask themselves: by what medium do you convey those doubts to the world? When you do it here, writing comments to refute, rebuke, mock, or disparage- what empowers you to do so? You will by expressing yourself in an orderly march of electrons you cannot see, using technology you don’t understand, doing things that only several generations ago would have passed for the pinnacle of magic. Science says: you’re welcome.

The public health consequences of this plight reverberate in every relevant direction: emerging infections and outbreaks born of hunger; epidemics born of thirst; the psychological tolls of displacement; respiratory distress from fires where carbon-sequestering forests once stood. This is my purview. This is my business.

This is your business, too, for absent our collective attention to this now, there will be no other business to conduct.

This is not a tale of hopelessness; not yet. There would be no point writing it if that were so. There is still much mayhem we may prevent, and perhaps do even better than that- reversing the damage through resourceful action. A species capable of causing this problem is, uniquely, capable of fixing it, too.

But only with strength born of unity. We are running out of time to come together as we would if some extraterrestrial malevolence threatened to do to our planet what we, ourselves, are doing so blithely. We have met the enemy, and it is indeed us.

I had intended to write this week about breakfast. Perhaps I’ll do that next week. Today, I couldn’t talk myself into it. Had you been on the Titanic that fateful evening, would you really have cared to hear about the chef’s specials?

Health is my lifelong mission. There are no healthy people on a ruined planet. It’s everybody’s business.