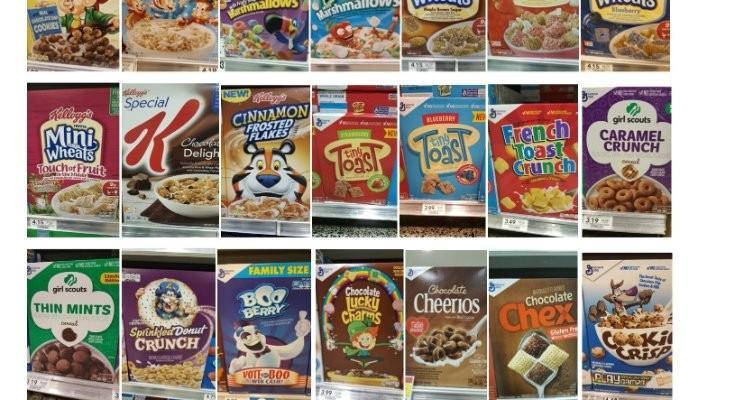 Assuming you aren’t preoccupied with trivialities, like whether or not 30 million people have health insurance, then you know that the big medical news of the past week was about…Mac and Cheese. We learned there was some bad stuff in it.

The particular bad stuff just brought to our attention is called phthalates. Nobody puts phthalates, which are used in the manufacture of “soft vinyl products” like backpacks, lunch boxes, and flooring- into food, Mac and Cheese or otherwise, on purpose. So how does it get in there? It leaches in from food manufacturing machinery, notably plastic tubing.

For starters, the image of food production, any food production, involving what sounds rather like IV tubing is a bit disturbing. But I suppose we must concede that’s simply naïve in 2018. The food certainly doesn’t put itself into all those bags, boxes, bottles, jars, and cans that grace modern supermarket shelves. To borrow from Father of the Bride: “welcome to the 90s [and beyond], Mr. Banks!” Still, one has to wonder whether it’s the Mac, or the cheese, that flows through IV tubing? We’ll come back to that.

But also, thoughts jump rather readily from somewhat sick food being pumped through something akin to IV tubing, to actual IV tubing running into sick people. So, yes, there are phthalates in IV tubing, and concerns about them, too. The principal concern about these compounds is that they are endocrine disruptors, potentially contributing to infertility, and birth defects. But search the topic, and you find associations with everything from diabetes, to attention deficit disorder.

So, is there cause for panic in the recent news that 29 of 30 samples of Mac and Cheese tested were found to contain phthalates?

No. For one thing, when we get this kind of news, we tend to react as if the exposure were new; but it’s not. The news about the exposure is new, but the exposure was there all along. Mac and Cheese is no more, nor less, acutely perilous than it was last week, or the week prior.

For another, the concentrations of phthalates found were very, very low. For yet another, and for whatever it’s worth, we are exposed to phthalates in other ways, as noted. And lastly, the simple fact is we now live on a planet awash in chemicals of our own devising. They will find ways into us- we have made that inevitable.

While we should do all we can to minimize such exposures, the idea of avoiding them is simply unrealistic now on this planet. I think the massive amounts of plastic we keep dumping into the oceans is greater cause for our collective concern than trace amounts of plasticizing chemicals in our Mac and Cheese.

Which directs our attention to the matter of “bigger pictures;” I think our concern about Mac and Cheese also should be focused there.

While some time ago, Kraft announced with fanfare that it was “no longer” making its iconic Mac and Cheese with artificial flavorings, preservatives, or dyes- the obvious memo hidden there was that they had been making it WITH them all along. And that’s just the tip of the cheesy iceberg. The pasta used is a “macaroni product,” and the cheese involved is a “cheese sauce mix.” I told you we would come back to the whole food-produced-through-IV-tubing thing, and we just did.

Opinions vary about both actual pasta (I’m a fan, in particular of whole grain varieties), and cheese (a rather more complicated topic)- but we should all cast a dubious eye at “cheese sauce mix.”

In other words, if we are going to worry about “stuff” in packaged Mac and Cheese that might be bad for us, we needn’t bother to search for it with a microscope. It’s the questionable Mac and dubious cheese!

This whole topic represents risk distortion, and it’s something we tend to do all the time. We all know, or certainly should, that a dietary pattern of wholesome, whole foods, mostly plants, is monumentally good for us. Such a diet not only minimizes bad chemicals in the food we eat, it – more importantly- minimizes bad food in the food we eat! But are we there yet, or anywhere near there? Of course not! And part of the reason may very well be that we sequentially focus on the low-level toxin du jour as a means of practicing collective procrastination.

If there are toxic chemicals in our Mac and Cheese, we can go on eating it, while wagging our fingers, rolling our eyes, and looking around for someone to blame. If we acknowledge that the concern about feeding our kids Mac and Cheese is the Mac and Cheese- well, then, we have to fix it ourselves, and that’s inconvenient.

How inconvenient? Well, that obviously tends to be a personal matter. But consider that even as we wallow in appallingly high, and ever rising rates of childhood obesity and type 2 diabetes, we stand by passively as major food companies introduce new products like “Sprinkled Donut Crunch” as the newest part of our 6-year-old’s “complete breakfast.” This is more norm than exception in our culture. Where is the outrage? Our children’s health is being poisoned for profit not with any chemical hidden from view, but with junk masquerading as food, hiding in plain sight.

If ever either of us has the terrible misfortune of being shot through the chest, I trust we agree it will come as scant comfort if the last words we hear, as we bleed into unconsciousness, are: "good news! I used a lead-free bullet…" Lead is a very important public health problem, as all who bear witness to the terrible saga in Flint, Michigan have abundant cause to know. But in the situation described, it’s the bullet hole that warrants more immediate attention- not the lead.

So, too, for trace toxins in junk food. Junk, where food ought to be, is the toxin.