Obesity, and the Limits of Imagination

Obesity, and the Limits of Imagination 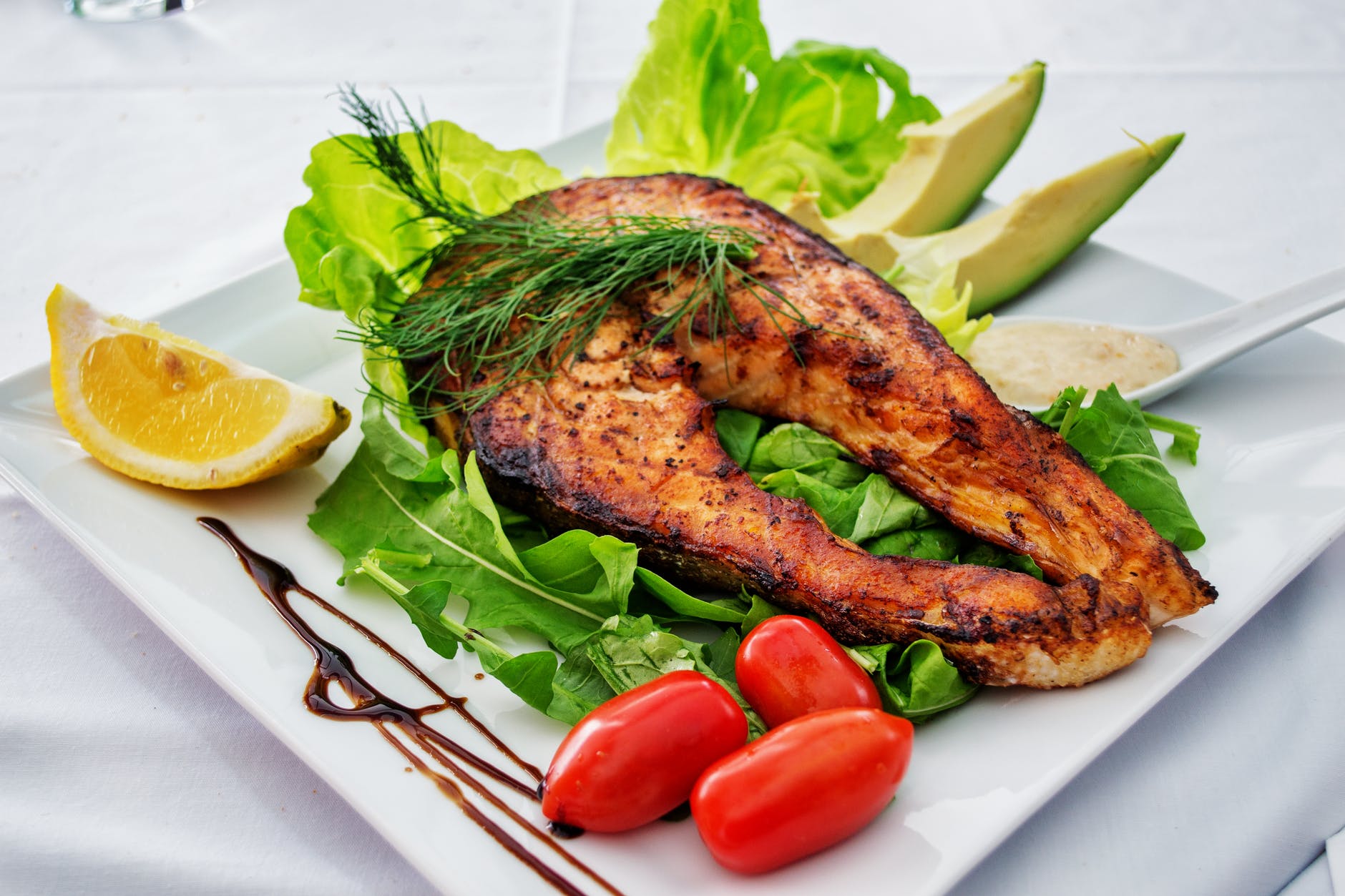 The issue (January 16, 2018) of the Journal of the American Medical Association (JAMA) was devoted to the topic of obesity. On the one hand, we may be thankful this intractable public health scourge is receiving the high level attention it deserves. On the other, we may lament the need for such attention in 2018, so many years and decades into a problem we created, and which we have known all along how to address and prevent if ever we mustered the will.

The JAMA issue covers a range of relevant and perhaps expected topics, from bariatric surgery to soda taxes, the merits of calorie counting to the potential of personalizing approaches to weight control with greater precision informed by metabolic, genetic, and microbiomic data. The issue culminates with a commentary entitled Reimaging Obesity in 2018 by a JAMA editor. This commentary reflects on the competing merits of varying approaches to weight loss surgery; the rather tired debate about the primacy of fitness versus fatness; and what soda taxes can and cannot do. Predictably, too, there is attention to the hope for at least partial salvation in the advent of more personalized dietary prescriptions.

I am fully persuaded of the value of bariatric surgery when obesity is severe and an imminent threat; and I appreciate that soda taxes can generate revenue and perhaps dissuade some consumption of a product that probably shouldn’t exist in the first place. I recognize that there is some genuine promise in our early but burgeoning capacity to personalize dietary guidance.

But with all due appreciation to my colleagues weighing in on the matter of our weight, I find myself more troubled than comforted by the prevailing themes in this thematic issue. Should we really rely routinely on scalpels and rearrangements of our gastrointestinal anatomy to fix what better use of feet and forks could prevent, and the right kind of schools could reverse? Should we really sanction the manufacture and marketing of nutritionally destitute, willfully addictive products injurious to public health and planet alike in the first place, whether or not a nominal tax opposes the transgression? Should we really be waiting for the deus ex machina of personalized remedies, while doing so little about what so obviously works at the level of entire populations?

Reimagining the obesity epidemic in 2018, in other words, seems to reflect the rather narrow view of the matter we have through the tunnel of our culture and business as usual. We seem only to imagine fine titrations at the margins of an obesigenic status quo.

I am inclined to imagine both more extravagantly, and more simply. I imagine that since obesity was scarce before we invented its causes mostly for profit, we know exactly the way to reverse engineer its prevalence if ever that were a shared priority. I imagine outrage and righteous indignation about willfully addictive junk food, and policy directed at terminating that predatory approach to profiteering at the expense of our health, and that of our children.

I imagine not waiting for refinements in dietary personalization to apply routinely what we already know about dietary practices conducive to the well-being of our species, and recognizing that where diet most reliably supports not just weight control but a bounty of years in life and a bounty of life in years, it is a matter of heritage and cultural practice.

And, perhaps more extravagantly, I imagine now as I have before that we might foolishly treat drowning as we do obesity, or we might constructively treat obesity as we do drowning.

Let’s imagine, first, if we treated drowning the way we treat obesity. Imagine if we had company executives on panels telling us why we can’t really do anything about it today, because it is so enormously complicated. Imagine if we felt we needed panels and committees to do anything about epidemic drowning. Such arguments could be made, of course.

For, you see, drowning is complicated. There is individual variability — some people can hold their breath longer than others. Not all water is the same — there are variations in density, salinity, and temperature. There are factors other than the water — such as why you fell in in the first place, use or neglect of personal flotation devices, and social context. There are factors in the water other than water, from rocks, to nets, to sharks.

The argument could be made that anything like a lifeguard is an abuse of authority and an imposition on personal autonomy, because the prevention of drowning should derive from personal and parental responsibility. Lifeguards are emblems of the nanny state!

The argument could be made that fences around pools hint at the heavy hand of tyranny, barring our free ambulation and trampling our civil liberties.

We would, if drowning were treated like obesity, call for more personal responsibility, but make no societal effort to impart the power required to take responsibility. In other words, we wouldn’t actually teach anyone how to swim- just as we make almost no systematic effort to teach people to “swim” in a sea of empty calories and labor-sparing inventions parenting ever more “necessity.”

Were we to treat drowning more like obesity, we would have whole industries devoted to talking people into the choices most likely to harm them — and profiting from those choices. One imagines a sign, courtesy of some highly-paid Madison Avenue consultants: “Awesome rip current: Swim here, and we’ll throw in a free beach towel! (If you ever make it out of the water...)”

If we treated swimming and eating more alike, we would very willfully goad even the youngest children into acts of peril. An announcer near that unfenced pool would call out: “Jump right in, there’s a toy at the bottom of the deep end! And don’t worry, the pool water is fortified with chlorine — part of a healthy lifestyle!”

I could go on, but you get the idea. But you also, I trust, have reservations. As you recognize that treating drowning like obesity would be ludicrous, you must be reflecting on why drowning isn’t like obesity. I’ve done plenty of just such reflecting myself, and here’s my conclusion: time.

The distinction between drowning in water, and how we contend with it, and drowning in calories and sedentariness, is the cause-and-effect timeline. In the case of water, drowning happens more or less immediately, and there is no opportunity to dispute the trajectory from cause to effect. In the case of obesity, there is no immediacy; the drowning takes place over months to years to decades. It’s a bit blurry.

Really, that’s it. If you disagree, tell me the logical flaw — I promise to listen.

We have the time perception of our ancestors, contending with the immediate threats of predation and violence on the savannas of our origins. We are poorly equipped to perceive calamitous cause-and-effect when it plays out in slow motion. One imagines viewing ourselves through the medium of time-lapse photography, and suddenly seeing the obvious: We topple into the briny, obesigenic depths of modern culture, and emerge obese. Cause and effect on vivid display, no committees required.

Consider how differently we would feel about junk food if it caused obesity or diabetes immediately, rather than slowly. Imagine if you drank a soda, and your waist circumference instantly increased by two inches. It likely will — it’s just a matter of time.

We generally deal effectively with cause-and-effect catastrophes that have the “advantage” of immediacy. So, let’s flip the comparison for a moment. What if we saw beyond our Paleolithic perceptions of temporality, recognized the cause-and-effect of epidemic obesity and chronic disease, and treated the scenario just like drowning?

We would, indeed, rely on parental vigilance and responsibility — but not invoke them as an excuse to neglect the counterparts of fences and lifeguards. We would impede, not encourage, children’s access to potentially harmful foods. We would avoid promoting the most dangerous exposures to the most vulnerable people.

We would recognize that just as swimming must be taught, so must swimming rather than drowning in the modern food supply and sea of technology. We would teach these skills systematically and at every opportunity, and do all we could to safeguard those who lack such skills until they acquire them. Swimming is not a matter of willpower; it’s a matter of skill-power. So, too, is eating well and being active in a world that all too routinely washes away opportunities for both.

Your eye for resemblances is likely as good as mine, so I leave a full inventory of all the anti-obesity analogues to defenses against drowning to your imagination. They are, of course, there for us: analogues to lifeguards, fences, swimming lessons, warnings against riptides, beach closures, personal responsibility and vigilance, public policies, regulations and restrictions, and a general pattern of conscientious concern by the body politic for the fate of individual bodies.

The only real distinction between drowning in water and drowning in calories related to causality is time. One hurts us immediately, the other hurts us slowly. The other important distinction is magnitude. People do, of course, drown, and it’s tragic when it happens. But obesity and chronic disease affect orders of magnitude more of us, and our children, and rob from us orders of magnitude more years of life, and life in years.

No one with a modicum of sense or a vestige of decency would stand near a pool, watch children topple in one after another, and wring their hands over the dreadfully complicated problem and the need for innumerable committees to contend with it.

As we look out at an expanse of bodies sinking beneath the waves of aggressively-marketed junk and pervasive inactivity, wring our hands, contemplate forming more committees, and ponder solutions born of more metabolic precision, pharmacotherapy, and the fine edge of a scalpel- I can’t help but think that even our imaginations are weighed down to dysfunction by a ponderous status quo.

Or, maybe the truth about rampant obesity is as simply unimaginable as it is unimaginably simple: parallel industries promulgate and combat this same great plague for their separate shares in its same great profits.