A Call for Respect & How Giving it to Famous Interviewees like McCartney, Springsteen & Hopkins is Key to Getting a Great Story

A Call for Respect & How Giving it to Famous Interviewees like McCartney, Springsteen & Hopkins is Key to Getting a Great Story 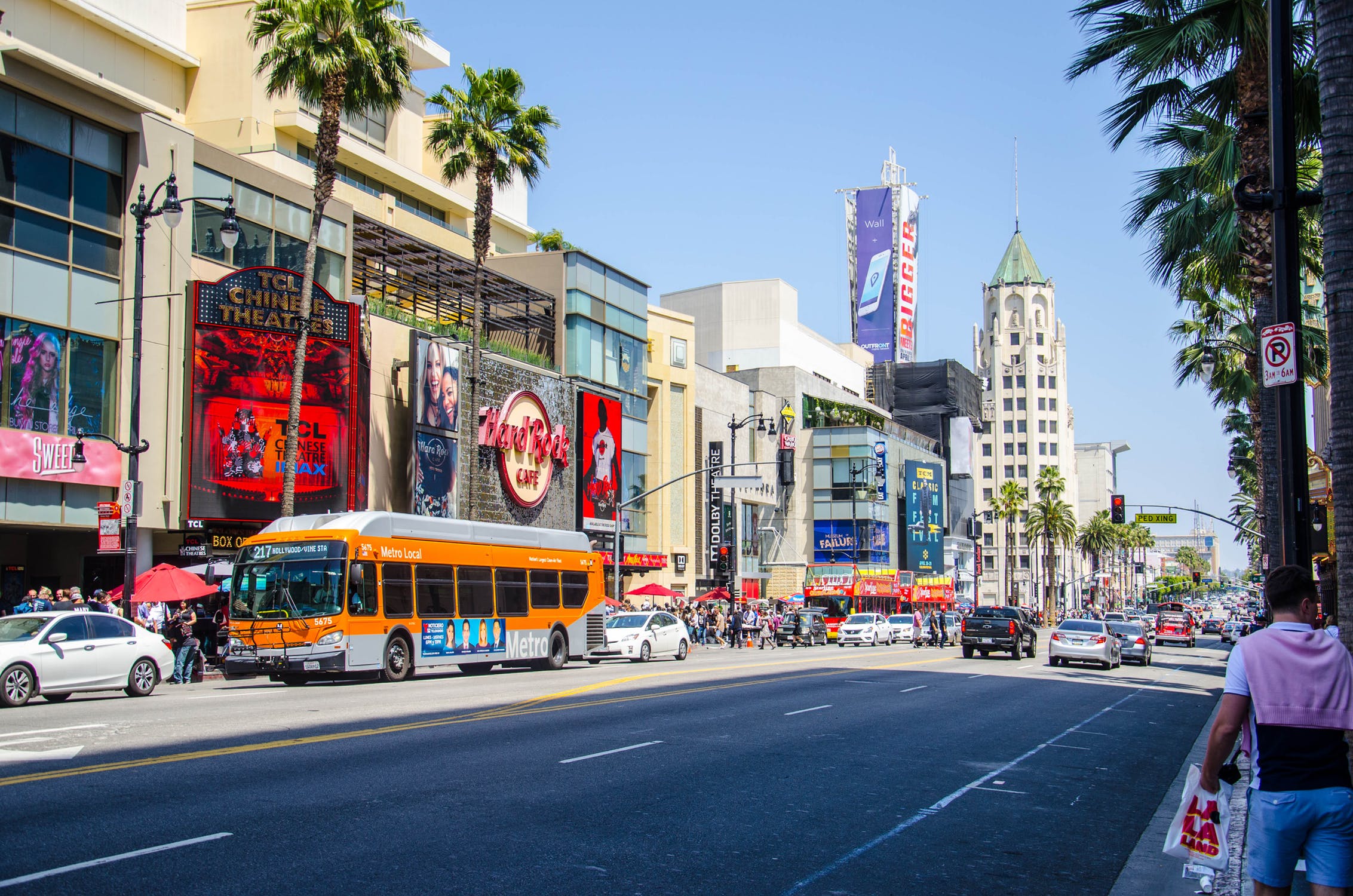 When the Queen of Soul, Aretha Franklin, recently passed away, it brought her signature song, “Respect,” and its uplifting ode to both feminism and human rights back into light. Acquiring respect was Aretha’s watchword.

Confucius said, Respect yourself and others will respect you. Another take is that respect comes in two unchangeable steps — giving it and receiving it. But with Machiavelli-like forces worldwide seeking to divide and conquer us by upping the distrust levels between us, respect has been taking a beating.

However, this core value is so valuable that psychologists say respect may be even more important than love in basic human relationships.

That said, I’ve found respect has been key for me in interviewing famous people from legendary musicians like Paul McCartney and Bruce Springsteen to Oscar winners Anthony Hopkins and Jennifer Lawrence. But, not just paying respect in a mannerly way, but, perhaps more importantly, having the respect to do your due diligence and doing the research, and then being on your toes when asked to demonstrate that acquired knowledge.

Nothing worse than asking a question — “What are your favorite movies?” — and then being asked back as Warren Beatty recently did, “Well, let me ask you, what movies of mine beyond the most obvious ones have you enjoyed?” Luckily, I had seen his political thriller, The Parallax View, several times, and he was chuffed with my choice and why.

So, here are some examples of what showing some respect actually brought me not only respect back, but also the very best of interviews. 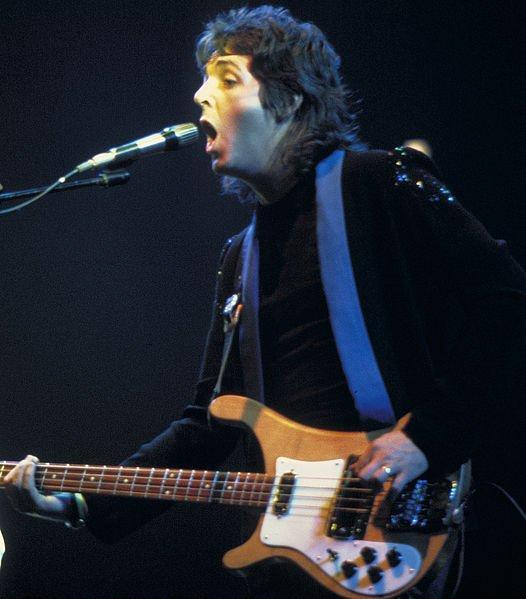 I was still in school in Toronto when I hustled my way into covering Paul McCartney and Wings for national Canadian concert promoters (CPI). My job was to watch the crew set up their stage at Maple Leaf Gardens and the band doing its sound check, and grab any interviews I could. Backstage, I’d already interviewed a very amiable Denny Laine, the guitarist who formed the nucleus of Wings for 10 years with Paul and Linda. “Macca” appeared onstage once all the equipment had been set up. I introduced myself and explained my assignment and then I asked what instrument he was going to do the sound check with. He quizzed me, perhaps to mischievously test my knowledge, asking what instrument I thought he’d use. Most people think of McCartney on his bass or piano.

But I’d done my research and found out he’d actually played all the instruments on his debut solo record, “McCartney.” I mentioned that, figured he might do something different, and so I suggested the drums. He smiled, telling me I could move to a spot right on the stage and watch. And he proceeded to take his place behind the drum kit and pound away. The rest of the day went swimmingly well, I got some quotable and typically mischievous quotes from Macca and the concert that night was spectacular. All for showing a little respect and knowledge.

Next up was interviewing Bruce Springsteen for national Canadian magazine, Maclean’s. I was in journalism school and had woken up on a Monday wondering how a student could afford to watch Bruce play on Thursday, at Maple Leaf Gardens. Jon Landau’s famous description of Springsteen in a 1974 article in The Real Paper claimed, “I saw rock and roll's future and its name is Bruce Springsteen.” But, because of a legal battle, Springsteen hadn’t recorded in three years, so his “Darkness on the Edge of Town” tour was to be a triumphant return with new music.

A little more hustling on my part and I got to sit in a front row, next to upcoming producer Bob Ezrin, who had already worked with Alice Cooper, Aerosmith and later with Pink Floyd and Peter Gabriel. Ezrin suggested that all Bruce needed was a radio hit — many of them were soon to follow. But that night, Springsteen opened his three-hour, almost ‘Mahlerian’ show as I wrote, with a clarion call: “We’re all prisoners of rock and roll...and we’ve been sentenced to life.” Then his band just roared into one of the greatest shows on earth. 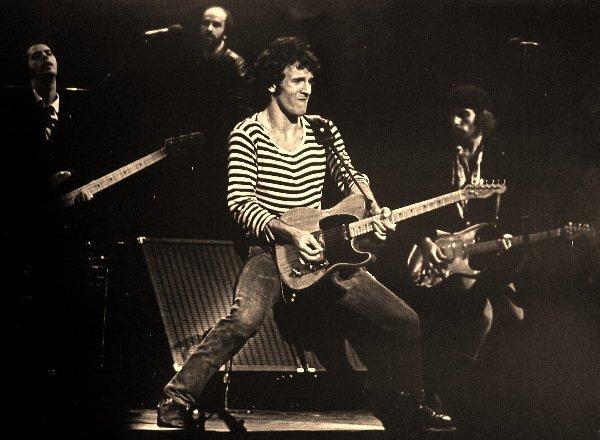 My interview was slated for only 10 minutes after the show in the bowels of the famous hockey arena. I was led into a room where Bruce was drying off. My first words with a smile were: “You got that right, Bruce, we’re willing prisoners for life and beyond. Thank you for coming back with some great new music.” He cracked a huge grin, invited me to have a “soda” and we got into our chat. I had been taking notes and intently listening to his back catalog for a couple of days, and asked about his New Jersey roots and how that informed his music. We were having a ball and were 20 minutes into it. Until there were loud sounds of people outside in the hall — record company people, guests, official hobnobbers, etc — and all waiting to get a piece of Bruce.

Perhaps savouring the peace of just one on one, Bruce excused himself, opened the closed door and politely asked if they could be a little patient as he was “in with a friend.”

Talk about getting “respect” back! After about 30 minutes, the noise had risen again, and I suggested to Bruce that I understood he had other commitments, and we should wrap up. He gave me a warm handshake and invited me to a private party afterwards. At the party, he kept looking over to me with a nod to make sure I was good. Then a couple of days later, he had his management company in New York call me and give me personal thanks from Bruce for meeting with me and he looked forward to the published story. I found out later I’d been the only Canadian-based journalist who’d been granted an interview. RESPECT! 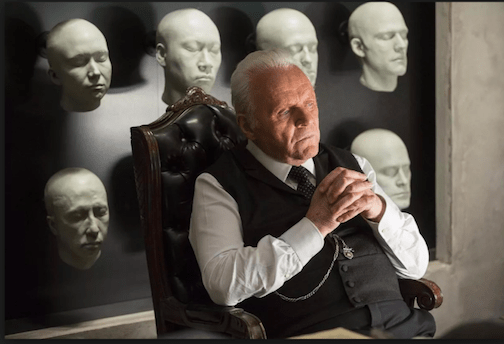 One quick story about Sir Anthony Hopkins, who I interviewed with a group of wonderful journalists around a small roundtable about his role in HBO’s Westworld. When he was asked about his approach to creating a character, he glanced at my printed notes in front of me and picked them up, saying, “Our job is to just learn it. I eat the text, I consume it, digest it. (Reading my notes) Did I say this about God?” Yes, Sir Anthony, who has South Wales roots like me, read my notes which were about the concept of God.

He went on, “This young man has done his research. For my role as A.I. creator Ford, I had done research on Julian Jaynes’ book about the Bicameral Mind, which explains the nature of the divine in the human being. (pausing) There’s a wonderful analysis of the painting...” He pointed up to the ceiling and I glommed onto his train of thought, suggesting, “Michelangelo's Creation of Adam in the Sistine Chapel?” He beamed, “You are paying attention. Anyway, in the painting, God’s hand is reaching out but not touching Adam. But in the cloak of God, or perhaps it’s a cloud, there’s a depiction of the human brain. Now, as an anatomist, Michelangelo would dissect human brains and bodies. If you look closely, you see the cerebellum, the spinal cord, hidden in the folds of the cloak.”

Sure enough, I Googled it and showed it around, and it does look like God is physically placed within a subtle depiction of the human cerebellum! Who knew? Anyway, after the interview, he walked out of the room with me, talking about my hometown of Newport where his parents had lived.

The Golden Rule is defined as treating others as you would like to be treated, and, most of our belief systems/religions have some take on this life philosophy. Paying more attention to this rule and to a core value like "respect" could serve us all well in how we interact with each other in today’s increasingly divided world.