Advanced Cognitive Enablers: Why Not Online?

Advanced Cognitive Enablers: Why Not Online? 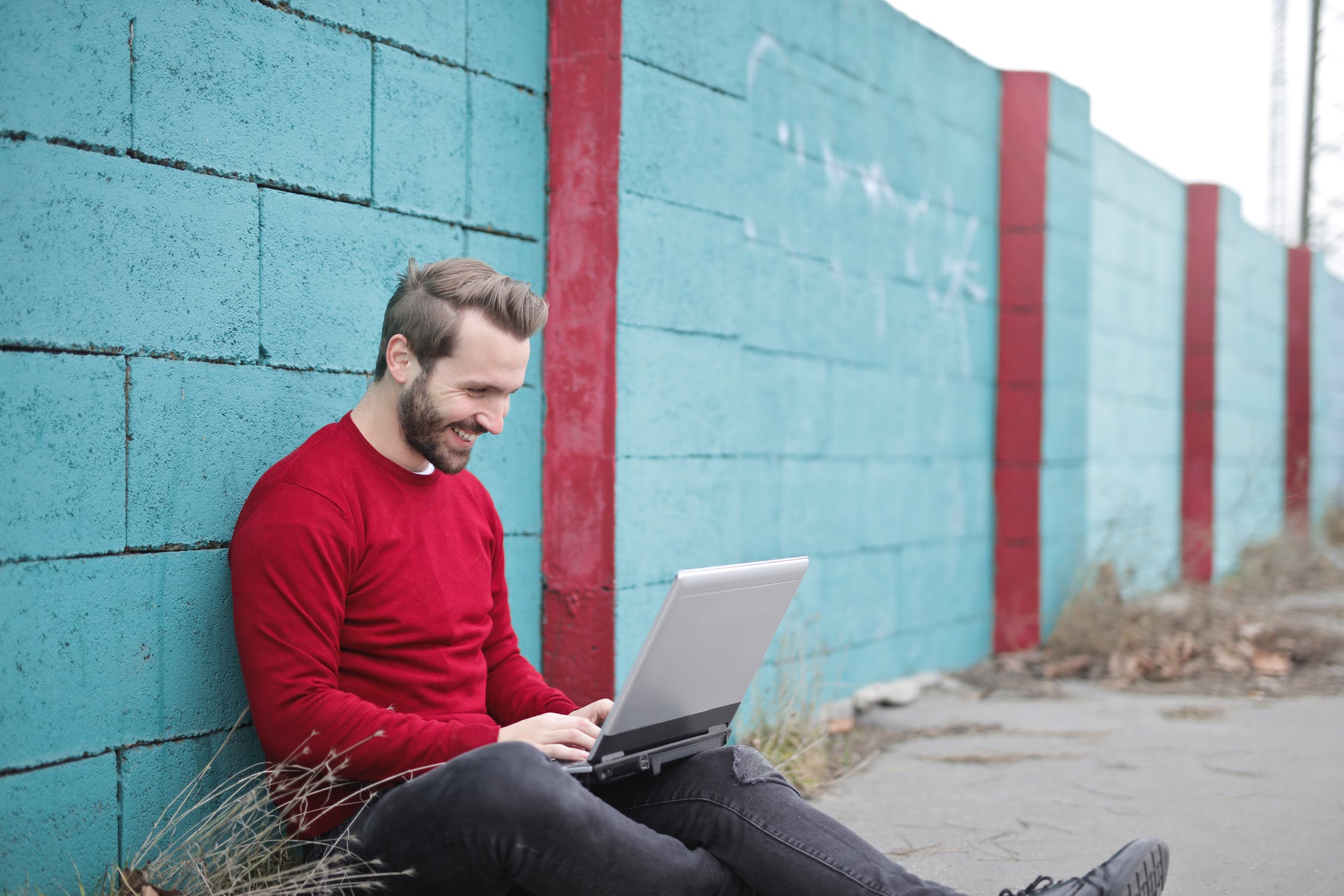 The scientific evidence for how we learn advanced cognitive enablers (critical thinking, complex reasoning, higher order creativity, metacognition…) involves iterative discussions; discussions between peers who weigh out evidence and come to conclusions based on logic, reason, and evidence.

Since logic and reason are thought to be blind to emotion, why shouldn’t learning these skills through iterative discussions take place online, or even better, through the medium of letters that go back and fourth between discussants. There is good reason for this. In human discourse, logic and reason do not take place without the influence of emotion. Emotion is as much a part of thinking as logic is and the two are intertwined in how we think and process information.

Even as late as 10 – 15 years ago there were many cognitive scientists who recoiled at the idea that emotion influences pure cognition. Although there might still be a few holdouts, for the most part, the field is in agreement that thinking does not take place in the absence of emotion. Since emotion has, and always will, inform thinking then we need to consider the ways that emotion can be influenced and how that influence might be emerge during iterative discussions.

One of the skills that underlie critical thinking is the ability to bring people to consensus. Bringing people to consensus requires a person to be able to self-correct – a skill that is not often seen in the absence of an authority to direct it. Iterative discussions are about building a case for evidence in order that the evidence being presented can be seen as the authority that underlies a correction in thinking.

So why not online? Because there is more to human interaction and real discussion than virtual environments can capture.

The immediacy of the effect of audience is overwhelming. Having participated in, and presented to numerous online webinars, discussions and seminars, I can say that, from personal experience, they are not the same as face-to-face interaction. My own anecdotal experiences are backed up by research that tells us that there are a number of nonverbal cues that take place in an information exchange that aren’t perceptible, or are too slow to impact a discussion online. Having a live, non-virtual audience present changes the dynamics of an exchange of information. Although they are brilliant technologies for information exchange, these technologies have very real limitations.

Consider the global effect of body language and facial expressions. In any interaction, these gross nonverbal cues speak volumes. Using video or virtual reality as a medium can take care of the largest of these cues, but there is a problem of timing – even with the largest of these cues. With a delay that can be measured in seconds in a there and back exchange, the impact of the gross cues with the loss of immediacy is lost or at least watered down.

More importantly than the watering down of the gross body language cues are the complete loss of the micro cues. The millisecond eyebrow flicker is rarely consciously registered during a conversation, but conveys real information about the sender to anyone who receives it. There are a plethora of these kinds of cues that influence much of our social interaction. We usually aren’t aware of them, either as senders or receivers. Even if we have virtual environments that can accurately convey these signals, the physical time it takes to transmit them from place to place renders them useless as information that might influence a discussion.

In addition, there is the exchange of smells. This might sound like an unpleasant and undesirable topic, but with our millions of odour receptors, it is not as though we can ignore the influence of odour on our lives. Chemosensory social signalling is real. Not the fabled pheromone spray that makes you sexually irresistible, but the real chemosignals that influence our behaviour socially.

We send out chemosignals constantly, and these signals play almost as important a role in group interaction as facial expressions. How often have you entered a room where the tense atmosphere is almost palatable? Palatable is a description of what we perceive through chemoreceptors (smell and taste).

Chemosignals can indicate a wide range of states in people, ranging from identity to emotional states. The most common signals that would influence a group discussion would be a relaxed emotional state of the participants, or alarm, fear, anger, or stress within a group. Although there are clear chemosignals signalling death, this signal does not usually (or shouldn’t) play a part in an iterative discussion where reaching consensus is the goal.

As much as we try to mask smells and pretend that they don’t really occur in the sophisticated society we live in today, chemosignals are real and we constantly use them in our social interactions. Online communication is simply nowhere near bringing that experience to headphones – or would we call them olfactory transmission plugs?

For these reasons alone, learning advanced cognitive enablers to the point where they become a part of our thinking repertoire, will need face-to-face interaction.

Online would be nice, but the experience necessary to really learn these skills is simply too shallow. That may change someday, but that someday is still a futuristic dream. Being able to transmit a clear enough visual signals at speeds that could be returned in micro-seconds across the globe requires physics that allow for the transmission of information faster than the speed of light. The transmission of chemosignals is something that, as far as I am aware, is not even on the radar.

I guess that leaves us with inconvenient and old-fashion methods of discussion – actually sitting and talking with each other face-to-face.

This maybe out of fashion, even for people in the next room, but then, so is thinking using advanced cognitive enablers.

View all
Why Looking After Your ‘A-Players’ Has Never Been More Important
5 Proven E-Commerce Conversion Rate Optimization Hacks
Why Effective Leadership is Crucial for Employee Productivity
How to Develop a Powerful Brand Identity in 2021
B2B Marketing: Why You Should Create Long-Form Content
How a Coaching Culture Will Make Your Organization Better
Sustainable Fashion: Recycling Challenges in The Textile Industry
Is The Internet of Things Making Way For Smart Agriculture?
Clean Energy and Pro-Mining
Lithium for Car Batteries: A Demand Shock Example
Sustainability Reporting Is Not A Proxy For Progress
Nitrous Oxide, Agriculture, and Climate Change
Stock Analysis: Alibaba, Connecting With Suppliers
Will Blockchain Finally Deliver as Promised or Will it Be Just Another Overhyped Technology?
How ATL Airport Parking is Cheaper Than a Taxi Ride
4 Changes FP&A Teams Need to Make Now to Future Proof Forecasting
The Easiest and Simplest Guide to Understand Tax Deducted at Source (TDS)
Bitcoin is Just the Beginning: The Valuable Potential of Blockchain Technology
The G-7’s Reckless Commitment To Mounting Debt
The Social Nature of Government Actions
How to Improve College Completion Rates: The Time Commitment Problem
Some Economics of Preventive Health Care
Some Economics of James Buchanan
The Shrinking Role of European Companies in the Global Economy
Political Economy of the Pandemic Response
Queen Elizabeth II Marks 95th Birthday in Private
Covid-19 and Fake News: Exponential Rise of Conspiracy Theories and How to Prevent Misinformation
UK Budget 2021: Corporate Tax Rise, VAT Cut for Hard Hit Sectors Extended & Income Tax Thresholds Frozen
What If George Washington Lied?
Judges and Ideology
Public Health and Drama: The Dose Makes the Poison
Can AI Replace Doctors? Discover 5 Artificial Intelligence Applications in Healthcare
Towards Broad Artificial Intelligence (AI) & The Edge in 2021
Do Math Geeks or Linguists Make for Better Programmers?
How a New Artificial Intelligence Model Mimics the Brain’s Prefrontal Cortex
Pushing Beyond the Bounds of IQ and EQ
7 Reasons Why the Gig Economy is the Way of the Future for Every Business
Science of Learning: Reflecting On Learning Styles
What You Say When You Talk with Your Hands
UFOlogist Zoller Reports that Israel’s Prof. Eshed says Alien Contact has been Made
The Work-From-Home Rebellion, Or Revenge of the Introverts
Elon Musk's Content Marketing Case Study
Virtual & Augmented Reality Training in a Post-COVID World
A Developer’s Guide to Quality Assurance: 7 Ways to Improve Software Quality
Building Smarter and Safer Warehouses With Artificial Intelligence & LiFi
Exploring Similarities Between Board Game Strategy And Emails
How IoT, Wearables, AI, Blockchain & RPA are Revolutionizing Supply Chain
7 Google Analytics Alternatives Worth Considering For Your Website

Stock Analysis: Alibaba, Connecting With Suppliers
Virtual & Augmented Reality Training in a Post-COVID World
Why Looking After Your ‘A-Players’ Has Never Been More Important
7 Reasons Why the Gig Economy is the Way of the Future for Every Business
5 Proven E-Commerce Conversion Rate Optimization Hacks