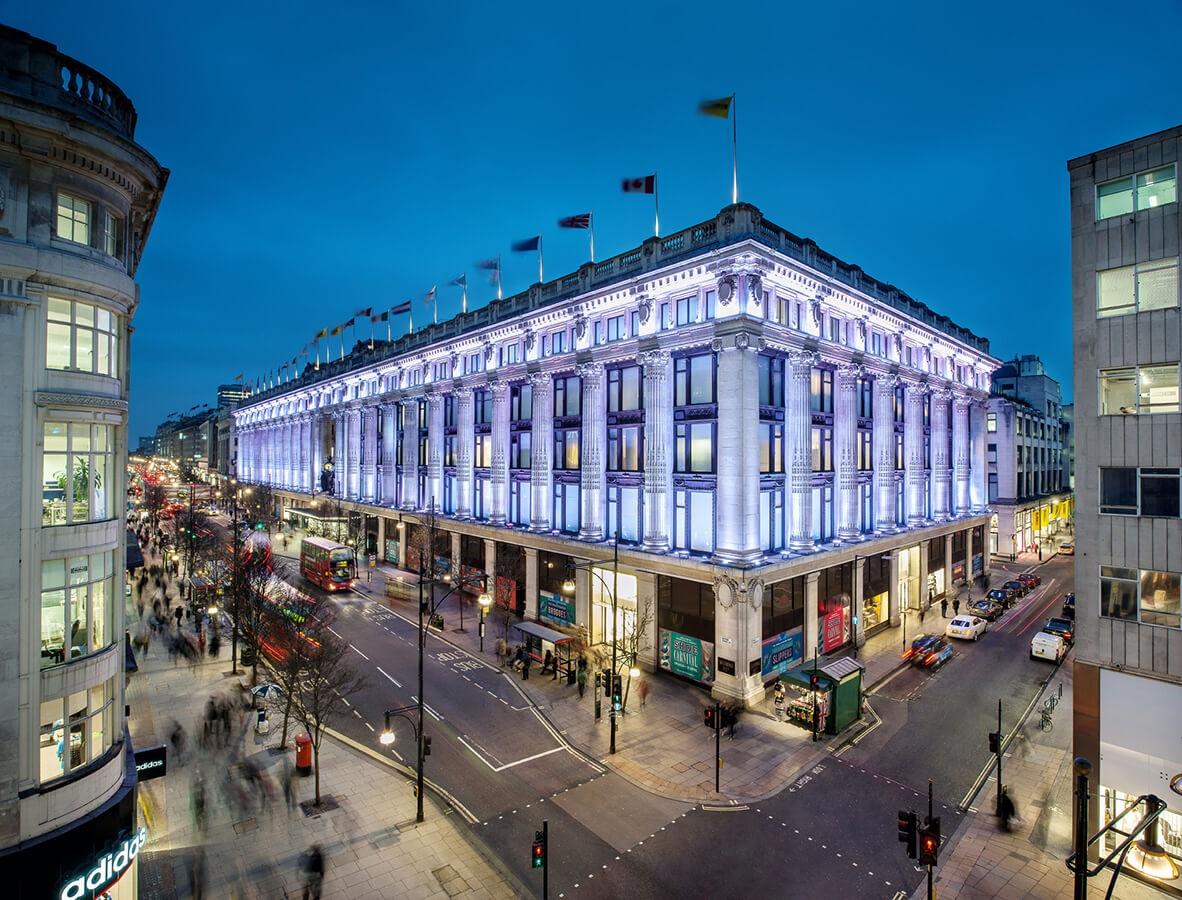 Harry Gordon Selfridge was born in Wisconsin in 1858.

He was one of three sons. His father, Robert Selfridge, served as a major with the Union Army in the American Civil War but abandoned his family at the end of the war.  Soon after the war Harry’s two brothers died. Harry helped his mother, Lois, a teacher, by delivering papers. He left school at 14 to work in a bank and later joined Marshall Field’s, a large department store in Chicago.  He started as a stock boy but over the next 25 years he worked his way up to become a partner.  He married the heiress, Rosalie Buckingham and became wealthy.  In 1904 he opened his own department store which he later sold for a profit. He then retired.

Selfridge travelled on holiday with his wife to London which at the time had claims to be the world’s pre-eminent city.  Selfridge found the standards of customer service and display of goods in London’s stores to be well behind what he had experienced in Chicago. He decided to spurn retirement and launch his own major store in London – Selfridges. It opened in 1909 on Oxford Street.  This revolutionary store proved to be a sensation. There were 90,000 people at its opening.

Typical London shops were dowdy emporiums which kept their goods locked away.  Assistants stood guard against shoplifters and ne'er-do-wells.  Shopping was a functional rather than pleasurable experience.  Harry Selfridge introduced many innovations.  The shop was very large with over 100 departments.  All the goods were on an open, attractive display.  Assistants were trained to be helpful but not too pushy. The store was promoted through advertising.  It had large well-lit windows with sparkling displays of a wide range of exotic goods.  There were fine but inexpensive restaurants with modest prices, reading rooms, quiet areas and special reception rooms for overseas visitors.  There was a beauty department with many cosmetics – an idea Selfridge borrowed from Parisian stores.  Most radically there were toilets for ladies (something not found in other London shops!)  The whole idea was to make shopping at Selfridges an enjoyable and special day out.

He launched many promotional initiatives which became industry standards.  His store was the first to have a ‘bargain basement’ where discounted products were sold. He placed great marketing emphasis on Christmas and coined the slogan; ‘only xx shopping days to Christmas.’

The mega store was a great success and spawned many imitators. It remains one of London’s most popular department stores to this day. Harry Selfridge died of pneumonia in London at the age of 89.

Wherever there is poor customer service there is an opportunity for an entrepreneur to create an attractive premium service.  Selfridge placed great emphasis on staff training and management to ensure high standards of customer care.

Turn a product buying event into an enjoyable experience.  In particular Harry Selfridge sought to make his store appealing to women customers of all social classes.  It became somewhere where they could safely meet their friends, browse products and have a good day out.

Use slogans to inspire and motivate staff.  Harry Selfridge is credited with these quotations:

“The customer is always right.”

“The boss depends upon authority, the leader on goodwill.”