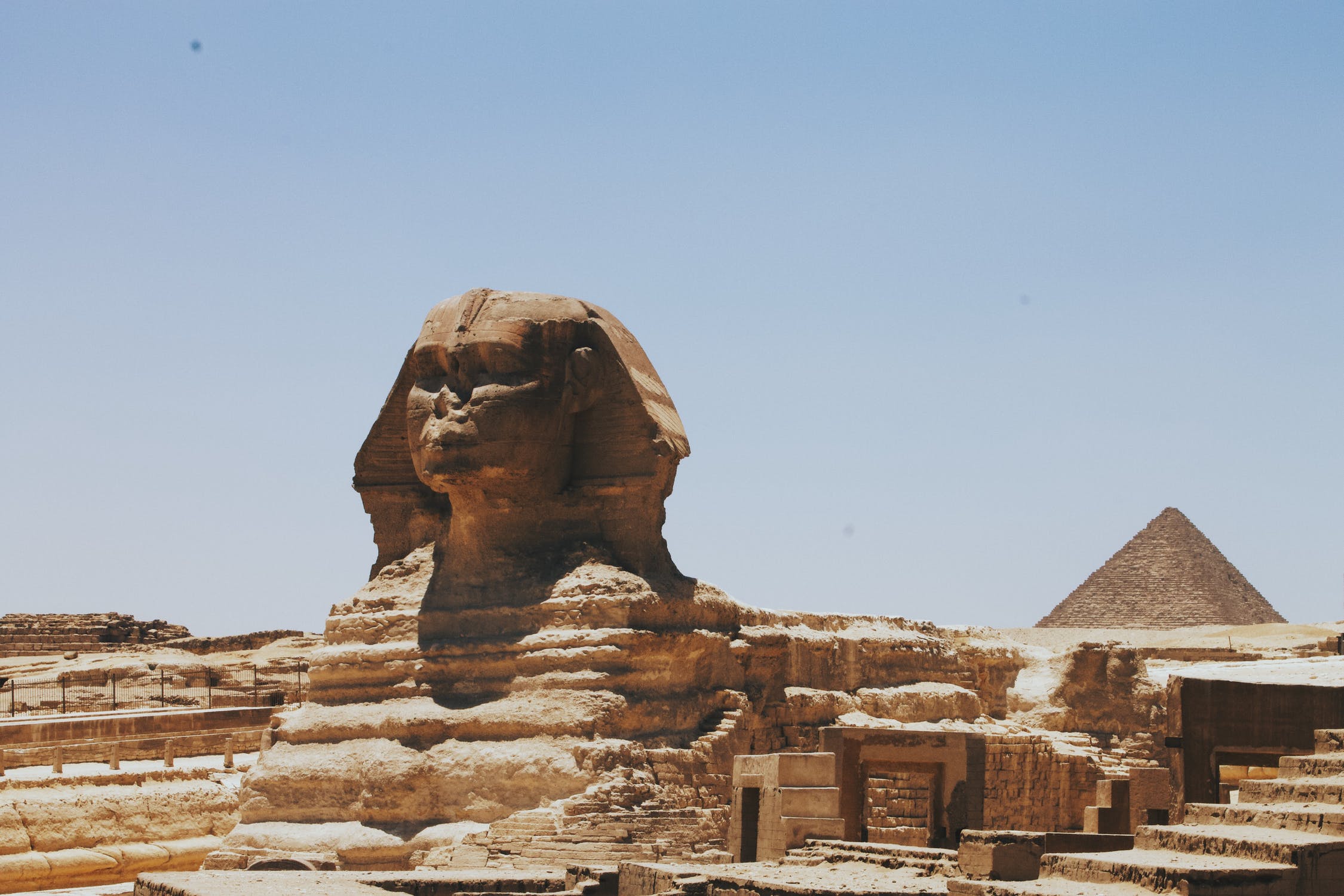 When H. W. Garrod, Professor of Poetry at Oxford University, was offered a white flag by an enthusiastic woman in 1916—during the first World War—with the remark, “Sir, are you aware that in Flanders young men are dying for civilization?” he replied with a bow—says Douglas Jerrold (in “Georgian Adventure”): “Are you aware, Madam, that I am the civilization for which they are dying?”

This exchange was reported in the Ottawa Journal in 1940. The roots of the exchange date back to as early as August of 1914. The sentiment is decidedly old fashion, but carries some grain of authenticity.

Modern civilization is based on “a major technological and cultural transition to modernity began approximately 1500 CE in Western Europe, and from this beginning new approaches to science and law spread rapidly around the world, incorporating earlier cultures into the industrial and technological civilization of the present.”

I would suggest that civilization is the apex of progress that builds upon cultural, technological, ideas, and social movements. Once that apex is reached and begins to digress, that civilization is collapsing. We may not be collapsing, but there are very powerful forces in our society that are actively undermining progress in pretty well all of these areas. And by powerful forces, I mean the elite, the rich, the poor, the uneducated, the educated, the marginalized, and the mainstream. The members of these groups have become tribalized and controlled by the narrative of the group to which they belong. I think of these various forces as being made up of AntiCivs – people who don’t like the idea of progressing in a stable and meaningful manner that does not agree with ideal, but are instead both self and group-centered. The only acceptable progress is progress as they and their group define it.

Having a background in the sciences, I find science AntiCivs frustrating. When did scientific progress become an evil force? I’m not saying that science has not contributed to both massive destruction and problems in our society, but science is, in my opinion, the bedrock of our current, modern civilization – warts and all. The oft-repeated “I don’t really believe in research” is becoming mainstream. What research is being referred to? Research that doesn’t resonant in someone's personal, confirmation biased echo chamber.

By the elite, I mean those in control of the reins of power and resources. Although there have been a number of ways that the elites have become elite, in our world today, capitalization has become the mainstay of elitism (as opposed to the former birthright elitism). In the “West”, to suggest that capitalization is anything but the panacea for society is hearsay. This attitude is not just from the elite but has become the hallowed ideal from the very richest to the very poorest. What does this really mean? That the success of the dominant economic system in today’s world is based on greed. Even in China, the most controlled of the successful countries in the world, greed has been the basis for its economic success.

Anything unnatural is bad. The progress of modern medicine is bad (until a serious operation is needed). Anti-vaxers putting at risk tens of thousands – if not millions – of lives through the propagation of lies. Anti-GMers costing, literally, millions of lives a year – the fight against the rollout of “golden rice, is responsible for over a half a million child deaths a year. The death of children because of a parent's right to choose alternative, debunked, medicinal alternatives because they are natural.

Carbon dioxide is not a pollutant. Climate change is a hoax. Protecting species is a sham. Regulations are destroying us. The world is there for raping – after all, in the beginning man was given dominion over the world – to do whatever he wanted to it. A powerful and growing force - because it is based on science.

Easily manipulated, valiantly stalwart, and willing to sacrifice everything for their understanding. Led by power-hungry or uninformed authorities (Corporations, Priests, Professors, Politicians, Peers, Pop Stars, News Figures, the Internet, and most importantly, the Wealthy), the uneducated follow whoever has the most seductive voice. The message doesn’t matter, only the seduction. Actually, the seduction is not just for the uneducated, but for those (educated or not) who refuse to acknowledge that there are better forms of thinking than their own. It is the seduction that feels good – message?

If there isn’t money to be made, why are we even talking about it? So what if civilization falls. If there’s a dollar to be made in the process, bring it on. Does anyone really believe that America (and everyone else) has been constantly at war for almost all of the past century because of any kind of moral obligation to the world? Don’t kid yourself. There’s money to be made in the killing and maiming people. And, look at the profits to be made in rebuilding. War is huge money. Capitalization at its best.

Marketization (capitalization) has permeated every aspect of our lives, from intellectual ideas to the DNA and genetic expression that is the basis of life. It has all been marketized.

And who wins when everything is marketized? Those who control whatever has been marketized.

With a system built on greed, how can anyone actually think that the system is in place for the ultimate good? It is in place for the enrichment of those with power and money. And it is sustained by authorities who chant the mantra that anything else would be bad, bad, bad. They don’t actually chant that. They market it in the most seductive way possible. I know a man who said to me that he would rather die than be treated by any kind of socialized (non-marketized) medicine. There is no right or wrong, good or bad, or anything else. Only seduction by those with power and money.

AI replacing all the workers. Teaching 30 children at a time in a classroom. Downsizing. Streamlining. Getting rid of excess bureaucracy. Moving manufacturing offshore. Efficiency means doing more with less (money) and almost always means the disposability of people.

This is not a coordinated movement, but it is ubiquitous. I don't claim to have identified all of the AntiCiv groups. Almost everyone has a part to play in this movement that is happening right in front of us. There are a few who try to be aloof, looking in and trying to stay out of the drama, but even most of them are playing a part in some way. Every AntiCiv looks at the “others” and can see that they are destroying our society. Nobody looks in the mirror and asks what part they might be playing. Looking in the mirror, everyone is a ProCiv. Everyone is trying to keep their ideal society at the apex. However, we have unleashed the destroyer.

We live in echo chambers of information. Your vision of the world is right because all that you read, hear, and watch confirms your rightness and everyone else’s wrongness.

What Do We Do?

The real question is whether there is the will, a societal will, to pull us back. Across the world, at least 95% of the population is becoming increasingly vocal about their version of society. With the majority of the population calling those who don’t belong to their own group others (at best) and haters (at worst) do we have a chance at breaking down our ever-strengthening walls in order to save ourselves and continue to climb to a higher apex?

Once you get over your being offended by me calling your group an AntiCiv group, think about it. That’s what I’m all about. Learning to really think, because I truly believe that having a real thinking society (education plays almost no role in this) is the only way up.

View all
This CEO Gave a Paid Week Off to Combat Burnout, and It’s a Great Example of Leadership
10 Surefire Ways to Improve Execution in Your Business
The Impact of COVID-19 on Content Marketing
Agility is a Short-Term Strategy: Anticipation Brings Exponential Change
Are Low Quality Electronic Components Damaging Your Business? Here Are 3 Consequences You Should Be Aware of
What is Marketing Collateral and Why Should You Care?
6 Sustainable Swaps for an Eco-Conscious Home
Sustainable Fashion: Recycling Challenges in The Textile Industry
Is The Internet of Things Making Way For Smart Agriculture?
Clean Energy and Pro-Mining
Lithium for Car Batteries: A Demand Shock Example
Sustainability Reporting Is Not A Proxy For Progress
Withheld Too Little? Your Guide To The IRS Penalty Relief
Banking: The Way It Was and The Way it Will Be
How to Financially Prepare for Retirement
How Well-Known Investors Have Succeeded and the Strategies they Use
Cashing Out a College Education: 5 Reasons You Should Pursue a Finance Major
Everything You Need to Know to Open and Access an Offshore Bank Account
Some Economics of Black America
Commodities, Supply-Chains and Structural Changes in Demand
Interview: Amartya Sen on a Bicycle
From Pandemic to Digitalization to Productivity?
The G-7’s Reckless Commitment To Mounting Debt
The Social Nature of Government Actions
Political Economy of the Pandemic Response
Queen Elizabeth II Marks 95th Birthday in Private
Covid-19 and Fake News: Exponential Rise of Conspiracy Theories and How to Prevent Misinformation
UK Budget 2021: Corporate Tax Rise, VAT Cut for Hard Hit Sectors Extended & Income Tax Thresholds Frozen
What If George Washington Lied?
Judges and Ideology
Europe is Having a Robots Right Debate: Do Robots Deserve Human Rights?
Healthcare's UI is Simply Unfinished
Dealing with Long COVID...Today
Engineering a Symbiotic Artificial Superintelligence by 2025
The Role of Context in Data
When the Invention Becomes the Inventor: How AI is Making Inroads in Scientific Discovery and Innovation
A Basic Guide to Home Warranty Coverage
Safe Travel Ideas During the Pandemic
Measuring Content Marketing Performance in B2B
Leadership: How To Know That You Are Doing Well As A Leader
6 Reasons Why Entrepreneurs Love Muay Boran
Finding Hope Amidst Traumatic Events: Can Trauma Improve Education
Five Benefits of Leveraging Loan Servicing Software in Your Daily Operations
Smart Security Needs Smart People More Than It Needs Smart Technology
Paying Ransomware Should be Illegal
Landbot Review: An Intuitive & Easy-to-Use Chatbot Builder
How to Export Your Outlook Calendar
2 Biggest Factors Driving the Future of Cybersecurity