Aperture Guide: What Is It and How Does It Work?

Aperture Guide: What Is It and How Does It Work? 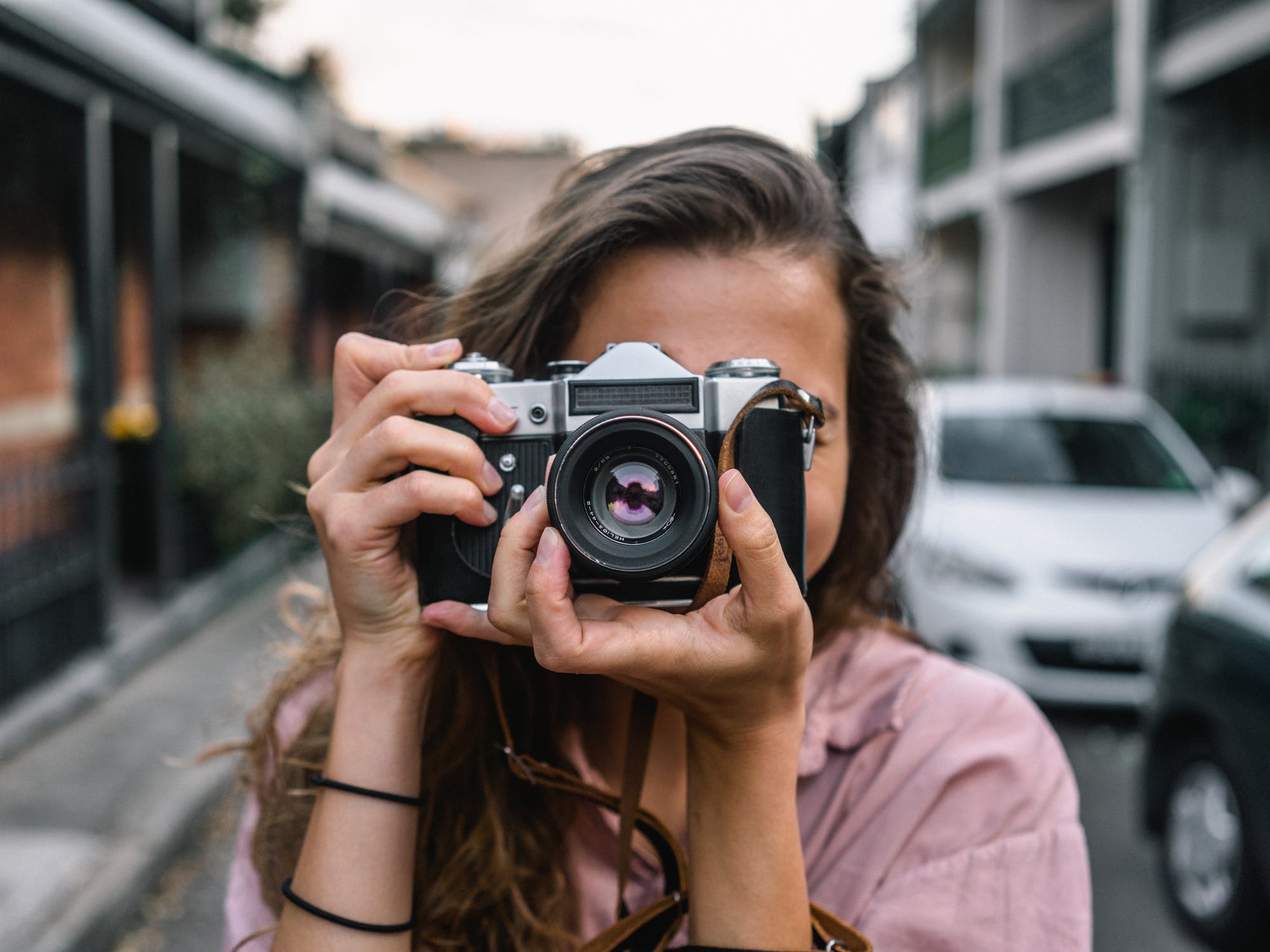 The camera, as a photography tool, can be a bit complicated to understand, especially for newbies. 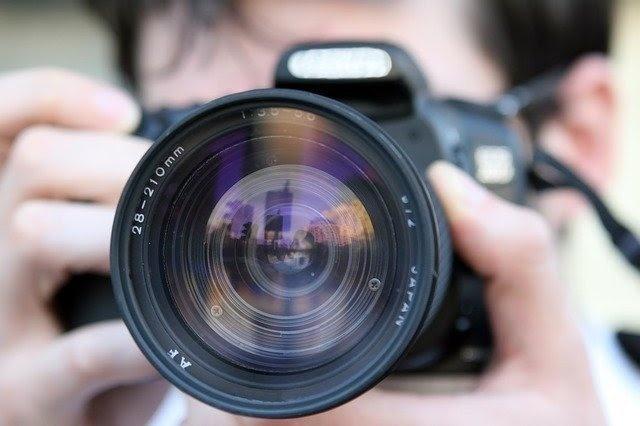 Among a myriad of functions integrated within most cameras today, the three most important terms that all aspiring and professional photographers much focus on are aperture, ISO, and shutter speed. All three are responsible for building up the exposure and the amount of light received by the image sensor. Learning to adjust the aperture is crucial for photographers as it can massively impact the quality of images you capture.

If you are vaguely familiar with this term and wish to learn more about it, follow this detailed guide.

How is it Measured?

The size of the aperture is controlled by the f-stop number, which is commonly known as the f-number. Specifically, the ratio of the aperture’s diameter and the lens’s focal length is the f-number (‘f’ stands for focal). A large aperture is designated with a small f-stop and allows more light. On the other hand, a small aperture is designated with a high f-stop and allows less light. While the smallest aperture, which limits light, can be set to f/16 in all cameras. The amount of light entering your camera’s lens is controlled by the ‘diaphragm’, which is a series of dark and opaque slides or blades that control the opening and closing motion of the camera and lens.

Aperture and Depth of Field

Aperture and Types of Photography

For portrait photography, a wider aperture of f/1.8 is highly preferable. If, in this case, the subject is closer to your camera, the f-number should be a bit higher. This gives you more exposure and a sharper image. Note that this situation will also create a darker image, which should be adjusted with even exposure. A large aperture setting lets you shoot Bokeh.

For landscape photography, a wider focus area is needed to shoot a clear image. For this, smaller apertures are more preferable, such as f/8 or f/16. In this case, the distance between the subject and the camera is large, which is why a larger focus area should be set by adjusting the aperture at a higher f-number. 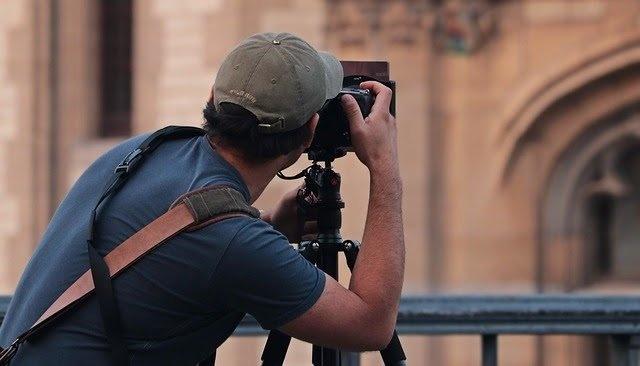 How to Set the Aperture

While learning the different aspects of aperture and its functionality is crucial, you should also know the correct way to set your camera’s aperture to get the desired results, especially if you are using your camera in a manual mode.

If you are using an electronic lens, you will likely be given the option of choosing your aperture. Every digital camera provides different button designs and placements to choose the preferable aperture. However, it can be easily spotted, thereby making the task easier for you. If your camera has a circular dial on the top right part of the body, you can adjust it to set your aperture. In case of ambiguity, you can choose to shoot your images on the automatic mode or take help from a professional.

If you do not understand aperture along with other important terms yet, do not fret. Just acquire some basic understanding while handling the camera. As you practice, you will automatically develop an instinct to adjust the functions to capture the best shot.

View all
Simple Beliefs Most Managers Reject, But Leaders Embrace
How To Have Clear Communication In Less Than a Minute
5 Productivity Tips for Content Creators
The Bridge to Accelerated Business Growth is Paved in Digital
Increasing Security and Transparency in the Business World
4 Legal Tips for Companies Dealing With Serious Criminal Charges
Australian Startup Produces Tree-Free Cellulose Made From Waste
Green Construction Industry: How To Find Sustainable Building Material Suppliers
Finnish Startups Developed Ground-Breaking Ecological Textile Fibers
Microbial Textile From Sugar
How Robots Can Provide Safe Munition Recycling in Smart Cities
Corporate Climate Action: A Necessity to Reach Net Zero
Trillions - Book Review
9 Things To Avoid After Receiving Mortgage Preapproval
The FCA’s New Consumer Duty is Everyone’s Duty
How Sheikh Youssef Al Shelash Influenced Real Estate Funds in the Middle East
Border Adjustments, Tariffs, VAT, and the Corporate Income Tax
6 FinTech Tips That Can Improve Your Business
No, Fed: Supply Construction, Not Demand Destruction
Thoughts on Globotics and Slobilization
Distressed Places: How to Encourage Jobs
The Innovation that We Call The Deadline
If Marooned on a Desert Island With a Pile of Economics Books
Trade: Engine or Handmaiden of Growth?
Turn Off the Lights? Europe Hurts Itself Again Trying To Harm Russia
Immigrants Assimilating, Then and Now
When Civilizations Collide: Economists and Politicians
The No-Burn Forest Policy: Origins and Consequences
Emmanuel Macron Secretly Helped Uber
Former Japanese Prime Minister Shinzo Abe Dies
Making Driving Tests Safer and More Realistic With Virtual Reality
How Companion Robots Can Assist the Elderly
Childhood Obesity: We Could Fix It… Any Time We Wanted
Why Do Laboratories Need to Improve Their Cybersecurity?
IoT in Healthcare Delivery Demands Increased Awareness
Three Days as an ER Doc...a Window into Us.
6 Things You Need To Keep In Mind While Running A Business
Five Rules for Fixing Artificial Intelligence in Business
How To Find The Top Apps: 6 Useful Tips
The Main Reasons Why People Like Custom-Made Gifts
6 Useful Tips That Will Help With Your Personal Injury Case
Why Do People Resist Change?
Augmented Reality Can Prevent Blindspot-Based Vehicular Mishaps On Busy Motorways
How Data Analytics is Changing the Role of Employees
Beginner's Guide to Web App Development
How Machine Learning Can Prevent Credit Card Fraud
How Blockchain and Big Data Can Work Together
Augmented Reality Trends in 2023

6 Things You Need To Keep In Mind While Running A Business
Simple Beliefs Most Managers Reject, But Leaders Embrace
Augmented Reality Can Prevent Blindspot-Based Vehicular Mishaps On Busy Motorways
Five Rules for Fixing Artificial Intelligence in Business
How To Have Clear Communication In Less Than a Minute