COVID-19: Wrinkles Doesn’t Like Social Distancing, We Don’t Blame Him

COVID-19: Wrinkles Doesn’t Like Social Distancing, We Don’t Blame Him 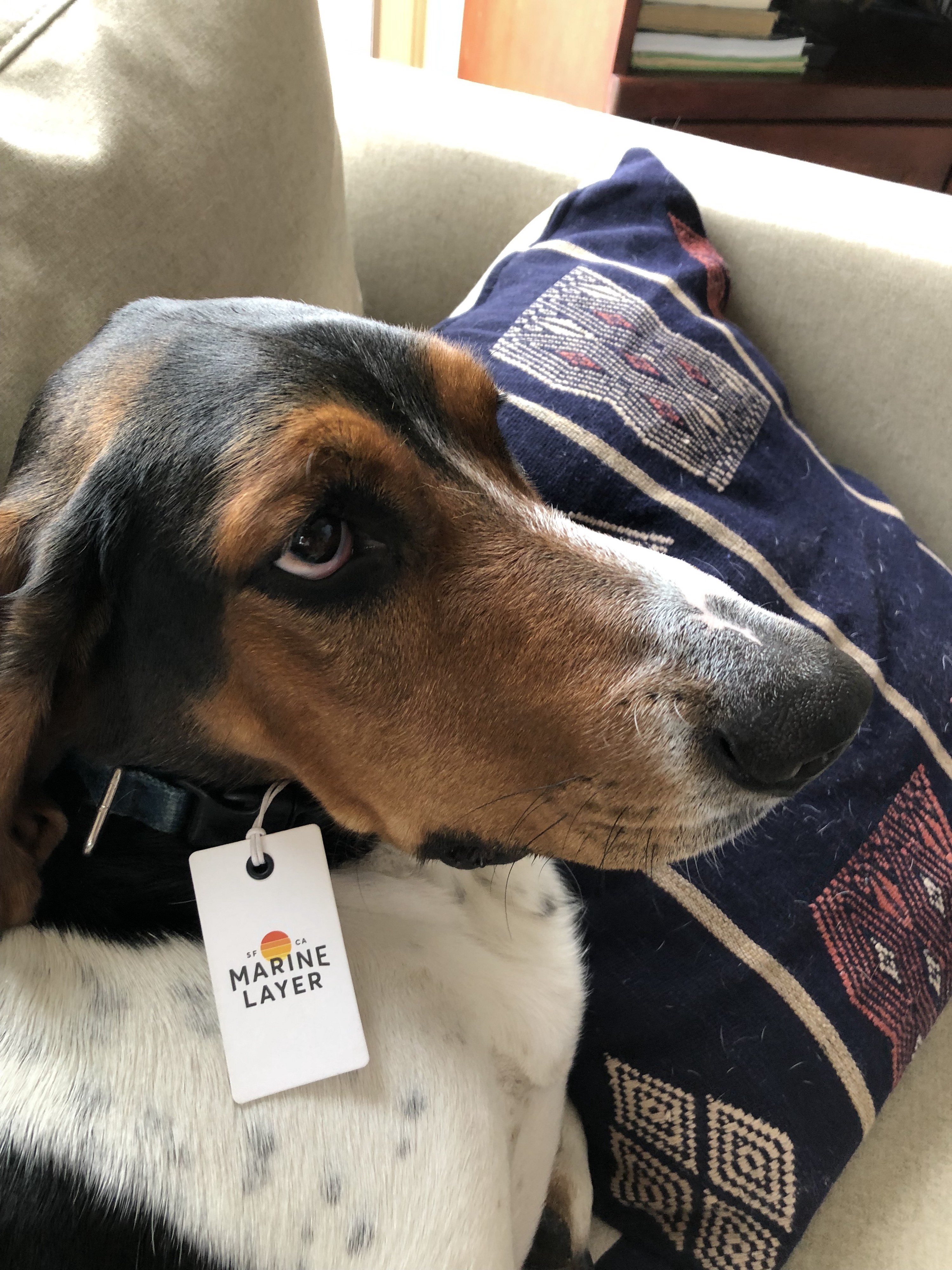 Wrinkles is a dog. He’s very sociable and adores being with other four-legged creatures. He likes his two legged parents well enough but dogs are his preferred species. Even cats won’t do.

Wrinkles used to greet other dogs in the street on his many daily walks and assuming these creatures were friendly, he’d play. And play and play. His dog walker came on days when I was away and would take him on play dates. That doesn’t happen now. Cosmo is still one of his favorite friends although he doesn’t see him now. When he went to “doggy play school,” he had a crush on Lola, and Irma had a crush on him. He doesn’t see these dogs either now.

When he wasn’t playing with his dog friends, Wrinkles went to work at Orange Theory, an exercise studio in our neighborhood. He’d go in every day and greet those exercising as well as those working there, including tearing paper under the desks. He was so good at his job that Orange Theory did not need a shredder. His picture sits on the side table at the entrance to the facility. They gave him an orange bandana to wear. Folks who visit Orange know him (and his name) when they see him walking outside. He loved his trips to the office.

But now, he heads to the door of Orange Theory and no one is there. There’s a lock on the outside of the door. At first he thought he was just arriving too early or too late for work but after a couple days, he kept looking at me as if to say: I can’t get to my job. I can’t do my work. I miss my workplace.

Now, with limited exception, businesses are closed. So Wrinkles doesn’t get to go to the office every day.

But, that isn’t the only change in his life. The two-legged dog owners are not only keep themselves distant from other humans, they are keeping their dogs at a distance from other people and their dogs. They say to us that they are social distancing but Wrinkles thinks their behavior isn’t social at all.

Wrinkles looks up to me for an explanation each time this distancing happens (multiple times a day) and seems to be asking why he can’t engage with any dog or human (other than me) right now. I try to explain that if I get dangerous germs on him and he gets those germs on another dog and that dog owner pets his dog, that owner might get my bad germs. I also explain that other people may not pet him any more because he carries my germs and they don’t want those. After my explanations,he just looks up with his hangdog basset eyes as if to say, Really? He seems to be asking, “I’m still cute, right? It isn’t me, is it?

Now I think Wrinkles is a particularly smart boy despite studies that suggest that basset hounds are lacking in brainpower. So, I tried drawing the various virus transmission pathway through the placement of sticks on the sidewalk. He looked down, thought the sticks were for chewing and my visual diagram obsolesced. Quickly. So much for visual learning.

Now, the ways COVID-19 can be transmitted is still the subject of some scientific study, particularly from person to animal and animal to person. But whether and how the transmission happens, it has left Wrinkles lonely and uncertain. He is not alone. I am sure other dogs are lonely. So are people.

I have tried to play games and read to Wrinkles as a way of keeping him busy and distracted. I thought it would help him deal with his lonliness. Reading did not go particularly well although it it made quite a mess. Maybe he didn’t like the story I selected.

I tried activities with tissue paper but I’d say it was not much of a success either. It did make a mighty mess and it took up some time, which was good.

I tried to play dress up with him. I put on a blue wig and he was playing with a matching blue feather boa. The cat liked the feathers but Wrinkles just couldn’t get into the spirit of dressing up. It didn’t make him happy; that’s for sure.

Then, I tried playing with boxes (putting food inside and sealing it) so he could play search and find. Unfortunately, he was so eager to play and get the food out that he got his head stuck in the box and that was quite the situation.

Now, on the plus side of things, this much is true: pets help humans deal with loneliness, and conversely humans help pets to be sure. Wrink has me and I have Wrink. But, let’s not forget the impact of the loneliness caused by our recent confinement.

Loneliness makes you feel like joy flew out the window. The usual cures for loneliness — petting and touching and connecting with others — are not available. And even if there are creative solutions, our brains seem stuck by the isolation; in a sense, we isolate not just our bodies but our brains too. As a result, we don’t pursue all the creative ways we could be engaging. It feels like we have our leash tightly tied to a doorknob and we can’t go out.

Bottom line: Wrinkles feels lonely. So do I. And while we take care of each other, this is a hard time for humans and animals because of social distancing. Here’s a piece of good news from Wrinkles. He saw this sign at his Orange Theory office. He is absolutely sure it was meant as a message to him. I think its a message for us all.