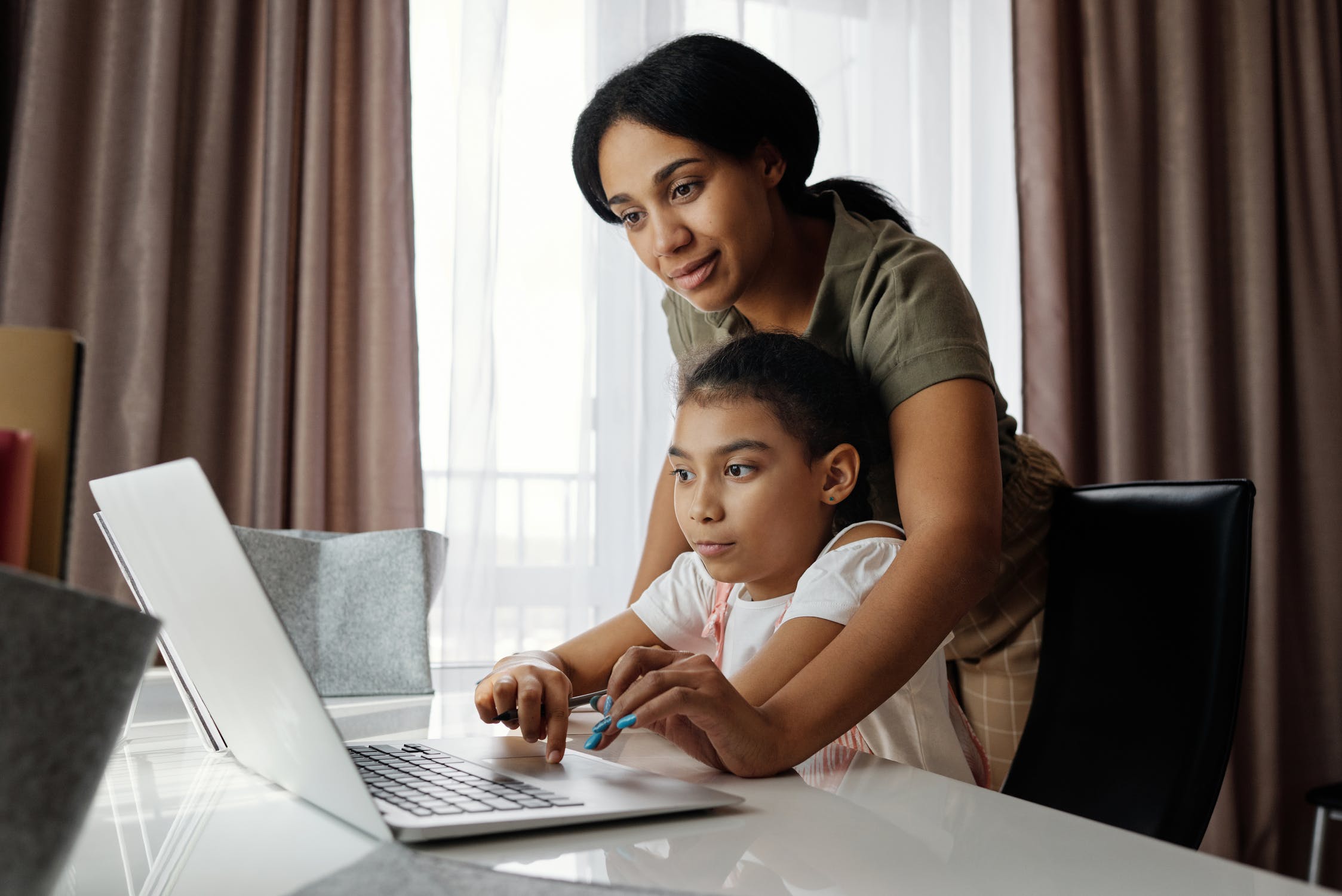 I have written literally hundreds of articles about the need for teaching people higher-order thinking skills, what they are, and how that can be done.

In the past, I have always maintained that these skills could not be taught online, but I have learned I was wrong. I had to teach late this spring, and it was done online. I was worried that the way I teach these skills during my Science of Education class would not work. However, I was wrong.

I had four students who had taken a class with me previously. About half-way through the semester, I asked the four of them how different this experience was from the face-to-face experience that they had previously enjoyed. Actually, I was moaning to them that these students wouldn’t have the same experience with learning higher-order thinking skills. The four of them unanimously objected and said that I was wrong. They conceded that the experience wasn’t quite as effective as face-to-face for teaching higher-order thinking skills but insisted that the differences weren’t that large. I was surprised. I taught a summer class and as I observed their progress closely, I could see that they were gaining these skills in an on-line format. I have been pleasantly surprised.

As a result of my conversation with my students this past spring, I decided to further my research by working with some older children (11 – 14) I have been working with in China. When I met with the children’s parents, one of the mothers asked me how long it would take for them to be able to see that their children were thinking differently – three to six months. I quickly responded that if children could begin to learn higher-order thinking skills that they should be able to see some changes within a four to the six-week window. At the end of the third week, she contacted me.

When I started the study, I didn’t know that this particular mother was a long-time educator at the senior high level. She said that she needed to talk to me. When we met for a Zoom meeting, she said to me that she was astounded with the change that she had observed in her son in such a short time. She said to me that what she had observed was way beyond her experience or expectation. She asked if I was really planning to terminate the study after the eight-week period I had originally planned. I reminded her that when we had originally met that I had said that this study was to see if my methods worked with children and that if they worked I would be considering setting up an online tutoring service to work with Chinese children, teenagers, and young adults (university students). However, in order to start something, I would need to have groups of similar abilities/ages in order for it to work. She has assured me that she will work to find me as many Chinese students to work with as I could ever want. She also asked me if I were open to running sessions for adults as well – to which I replied that I was.

I have tutored some local high school students with the aim to specifically teach them higher-order thinking skills with great success but living in a rural area means that the number of children I was ever going to work with is very few. However, since it works on-line, I have decided to set up an online tutoring service.

My original intent was to simply work with the Chinese children that my Chinese partner would find for me, however, my wife let me know that this was not right. If it works on-line with Chinese children, it would work on-line with children and young adults from anywhere in the world. She has a point.

As a result, I have written this post and have included the introduction to tutoring that I have written up for my Chinese partner to use to find children there.

Introduction to My On-Line Tutoring

How often do we hear the phrase “we didn’t see that coming” when it comes to trends in society that allow us to change direction and take advantage of these changes before they are there.

How many of us can see artificial intelligence on the horizon and ask ourselves “how will it affect me”?

How many of us see someone and admire them because they are, well, just brilliant?

This can be you!

Yes, this can be you because all of these things can be learned. What you are seeing when you see this in others is the manifestation of abstract cognitive enablers or higher-order thinking skills. The ability to see seemingly unrelated events or trends and tie them together. The ability to harness the potential of your mind and unleash that potential for your own benefit and for the benefit of those closest to you.

Studies done during the early stages of designing this method of brain development demonstrated across the board 2.5% (one step in a letter grade) improvement in the overall performance of final year university students who took a class teaching these skills using the methods that I have developed. This work was done in an old, selective university in the UK where the caliber of students entering the program was higher than average.

More recently, improvements in grades have been observed in first- and second-year university students. Improvements in learning have also been observed in older teenagers as well. In the past year, the effects on learning in younger teenagers and older children have begun to show positive results with the greatest difference seen in 13- and14-year old children, which is consistent with what we know about the cognitive stages of brain development that take place with the onset of puberty.

The learning is not content driven but focusses on the processes of learning and practicing the skills that lead to greater abilities to see a bigger picture of learning and draw connections between various subject-specific learning opportunities. Tied in with this learning method is improved memory performance, which has been a key component in the students obtaining higher grades in more traditional classrooms.

Unleash the learning potential of your children (or yourself) with classes targeted at different age/ability levels and enjoy a learning experience that will change you and the way you see the world forever.

I also needed to include a biography for my Chinese partner – not something that I am entirely comfortable doing.

Dr. Jesse Martin is a well-known educator, having been recently selected by LinkedIn (the largest professional organization in the world) as a Top Voice for Education. He has also been named as one of the top ten most influential educators by a European educational publication.

After obtaining his Ph.D. in Psychology, specializing in cognitive neuroscience, Dr. Martin has spent the majority of his academic career studying the Science of Learning (what science tells us about how people learn). Working from the perspective of cognitive neuroscience and focusing on how the brain works and how thinking happens in the brain, he has worked on ways that this scientific knowledge can guide us in developing the most effective methods of learning in formal learning settings (school).

The method that he has devised draws entirely on this scientific knowledge and is very different from traditional methods of learning. The results of this method speak for themselves.

I am opening this 10-week program up for anyone who would like to participate. Not that 10 weeks is enough, but 10-week sessions are what I have decided to offer with automatic re-enrollment if you want during the session. If you have someone whom you think would benefit from this, let me know through my contact page on Socelor.

View all
The Double-Edge of Total Connectivity: Keep Customers and Keep Delivering Convenience
Using Virtual Reality for Remote Worker Training & Collaboration
A Global Strategy for the Post Pandemic World: AI for Everybody and Everything (AI4EE)
Benefits of B2B eCommerce Platform and ERP System Integration
Psychological Safety - Fad or Fundamental?
Why Looking After Your ‘A-Players’ Has Never Been More Important
Sustainable Fashion: Recycling Challenges in The Textile Industry
Is The Internet of Things Making Way For Smart Agriculture?
Clean Energy and Pro-Mining
Lithium for Car Batteries: A Demand Shock Example
Sustainability Reporting Is Not A Proxy For Progress
Nitrous Oxide, Agriculture, and Climate Change
The Top Tax Questions For The Season
The Pros and Cons of Using Bitcoin for Payments
Will Blockchain Finally Deliver as Promised or Will it Be Just Another Overhyped Technology?
How ATL Airport Parking is Cheaper Than a Taxi Ride
4 Changes FP&A Teams Need to Make Now to Future Proof Forecasting
The Easiest and Simplest Guide to Understand Tax Deducted at Source (TDS)
Interview: Amartya Sen on a Bicycle
From Pandemic to Digitalization to Productivity?
The G-7’s Reckless Commitment To Mounting Debt
The Social Nature of Government Actions
How to Improve College Completion Rates: The Time Commitment Problem
Some Economics of Preventive Health Care
Political Economy of the Pandemic Response
Queen Elizabeth II Marks 95th Birthday in Private
Covid-19 and Fake News: Exponential Rise of Conspiracy Theories and How to Prevent Misinformation
UK Budget 2021: Corporate Tax Rise, VAT Cut for Hard Hit Sectors Extended & Income Tax Thresholds Frozen
What If George Washington Lied?
Judges and Ideology
Redefining Artificial Global Intelligence (AGI)
Making Sense of Data Features
Driving The Next Generation of Artificial Intelligence (AI)
Public Health and Drama: The Dose Makes the Poison
Can AI Replace Doctors? Discover 5 Artificial Intelligence Applications in Healthcare
Towards Broad Artificial Intelligence (AI) & The Edge in 2021
Why Is There So Much Hype About Content Marketing?
The Best Designer Radiators for Bathrooms
UI/UX Visual Designer Liakou Cites Steve Jobs & the Power of Design
7 Reasons Why the Gig Economy is the Way of the Future for Every Business
Science of Learning: Reflecting On Learning Styles
What You Say When You Talk with Your Hands
Ransomware Explained - Increasing Costs and Impact
5 Tips for Investors Interested In Tech Startups
Website Redesign: 6 Signs It's Time to Update Your Old Website
5 Awesome Website Builders to Develop Optimized Business Websites
The Next Big Thing in Technology: Causal/Real AI (RAI) as Leibniz's Superscientist or Laplace's Demon
How to Create an Artificial Intelligence General Technology Platform