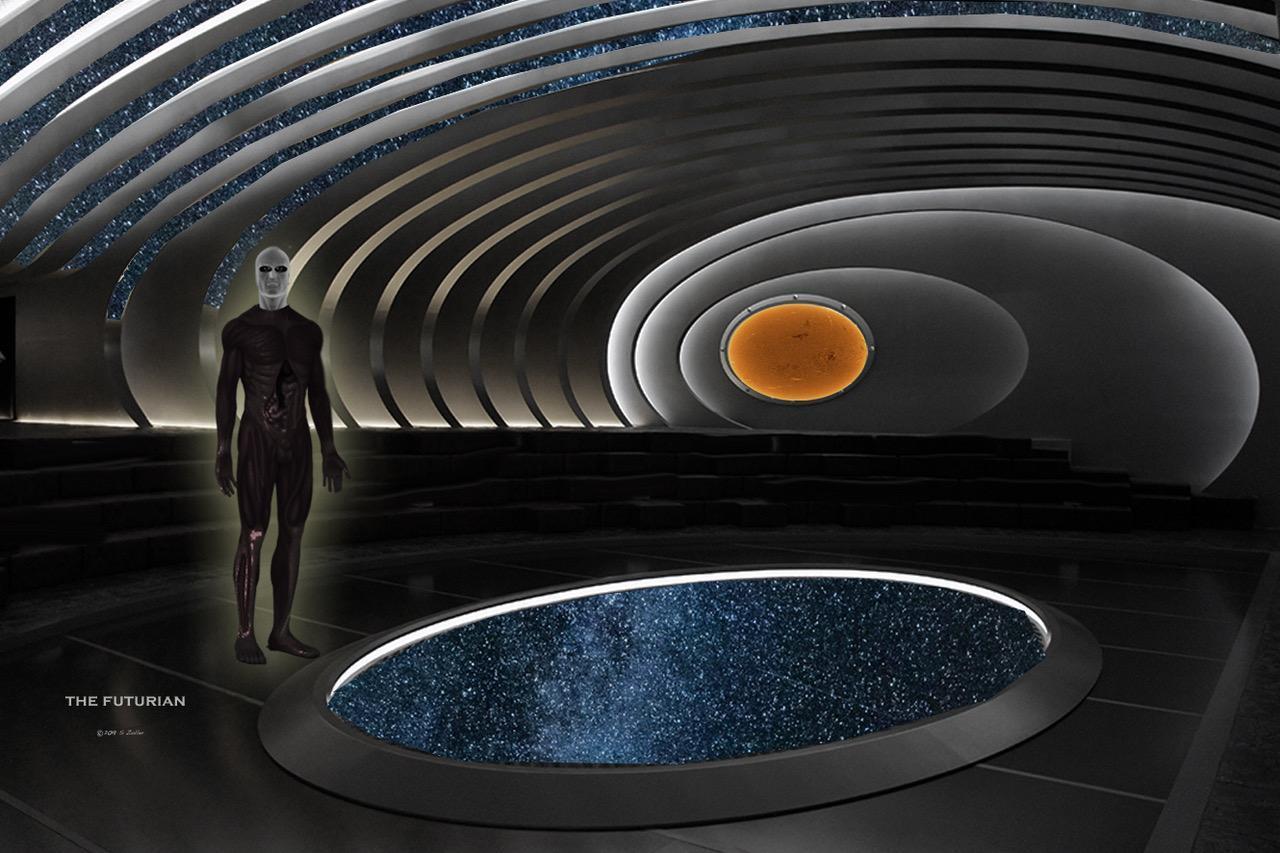 “There are more things in heaven and earth, Horatio, Than are dreamt of in your philosophy.” — Hamlet to Horatio

When Shakespeare mentioned “more things in heaven and earth,” could he have whimsically meant UFOs?

Why not? Because there are so many amazing things beyond us as our science and technology on Earth proves daily. And, also as the Hubble telescope demonstrates as it continually allows astronomers to study the heavens and their awesome celestial events,

But when it comes to strange flying objects right here in our own skies, filmmaker Stephen Zoller suggests that the truth about UFOs could well be hiding in plain sight.

First, let’s backtrack. Early in 2017, on CBS’s “60 Minutes,” billionaire entrepreneur Robert Bigelow, who’s been working with NASA to produce craft for humans to use in space, asserted that he was “absolutely convinced” that aliens exist and that UFOs have visited Earth.

In December 2017, the New York Times ran eye-opening, back-to-back stories, including: one a front-page expose on a Defense Department program (AATIP) that investigated reports of unidentified flying objects; and, another about two Navy airmen (including Cmdr. David Fravor) in their F/A-18F Super Hornets off the California coast who actually saw an object that “accelerated like nothing” that Fravor had ever seen. 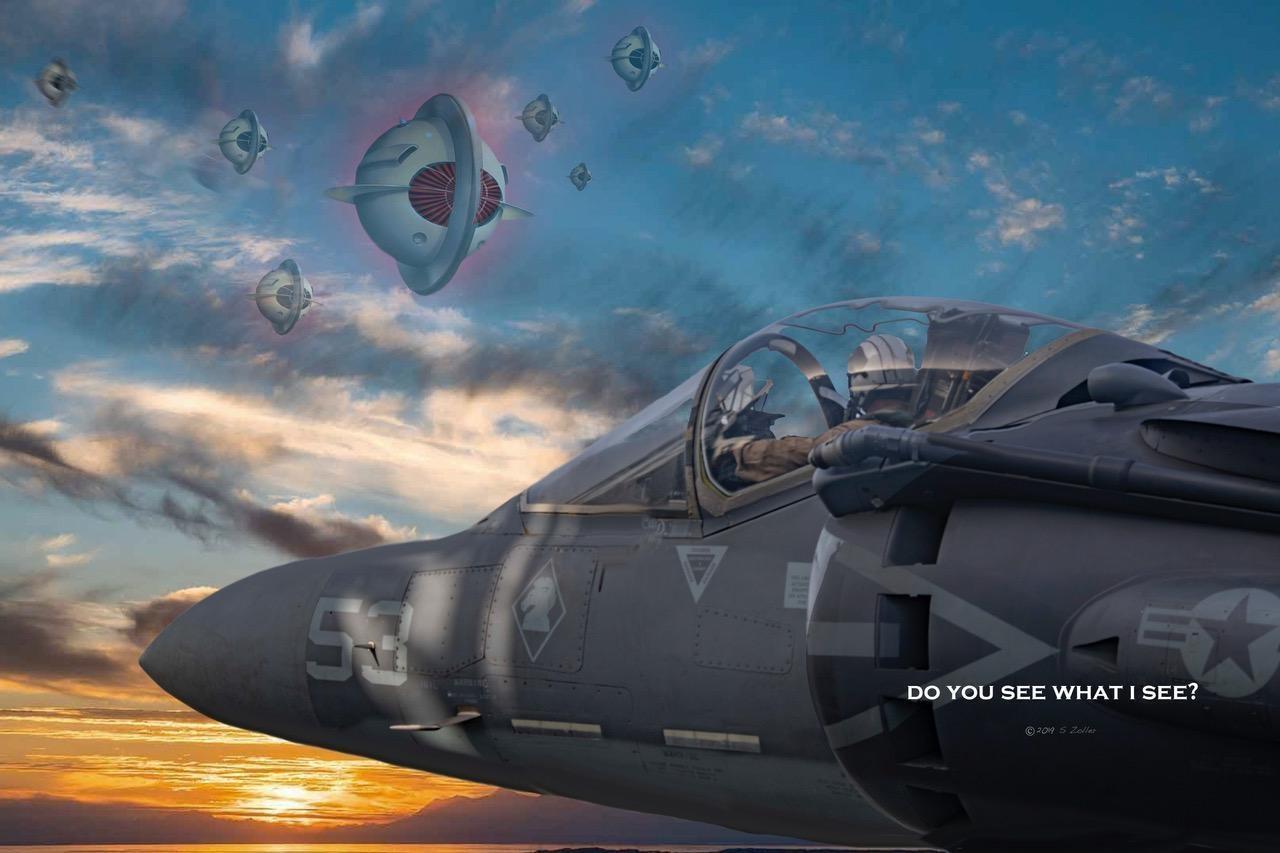 "Do You See?" - Graphics by Stephen Zoller

Remember the multi-million-selling punk-pop band, Blink 182, well its founder Tom DeLonge last concert was in front of 100,000 fans. Now, he’s been putting his money where his mouth is as executive producer of a new limited series called “Unidentified: Inside America’s UFO Investigation” on the HISTORY channel.

Previously run by Luis Elizondo, AATIP was created to investigate Unidentified Aerial Phenomena (UAP) including numerous videos of reported encounters. The TV series “Unidentified” features DeLonge, Elizondo and several other investigative team members including Chris Mellon, former Deputy Assistant Secretary of Defense and Intelligence. Early in the series, Mellon offers: “My hope is make a serious effort to acquire and analyze data which could tell us whether this UFO issue does involves some other civilization or reveals a breakthrough of adversaries or even allies...Evidence suggests these are not U.S. vehicles...(and) it’s inexcusable we don’t make the effort to answer such a profound question.”

Then, earlier this year, ace podcaster Joe Rogan interviewed Bob Lazar, the self-proclaimed former member of America’s ultra-secret alien technology’s reverse-engineering program. Lazar called the AAVs he observed as “borderline magic” describing nine vehicles with the potential of power levels that were “astronomical.” He saw the AAVs fly and also quipped about getting caught filming a craft doing “radical maneuvers” and suggesting that Navy pilot Cmdr. David Fravor “described exactly what we saw.”

The Day the Earth Stood Still

That’s where I return to Stephen Zoller, an accomplished filmmaker but a humble man who doesn’t have any abduction stories. But he has a lifelong fascination with UFOs that was inspired in a theater near Dublin in 1960 where as an eight year old he sat wide-eyed, watching the seminal sci-fi movie, The Day the Earth Stood Still.

Next, after immigrating to North America and on a family car trip through Indiana in 1965, he saw a saucer shaped object whiz by with blinding speed. Known for having a vivid imagination, young Zoller’s “sighting” only provoked laughter. However, ten years later, while attending the University of Toronto, he found an old magazine with a photo of a UFO dated 1965 in Indiana. Maybe, he wasn’t daydreaming after all, so he devoured anything he could about UFOS, including reading about the Barney and Betty Hill incident. 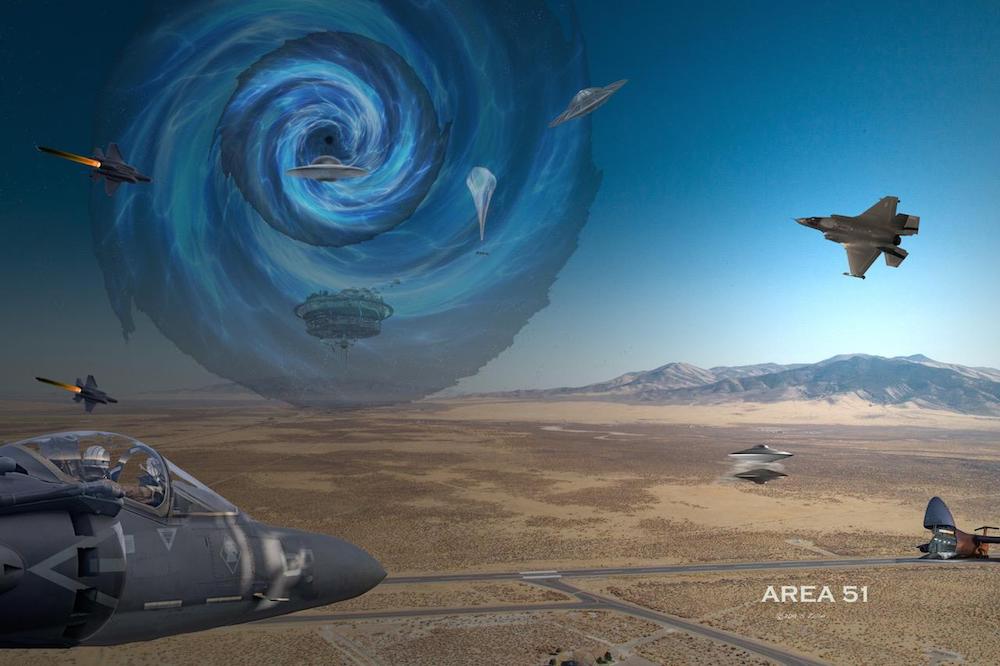 Q      Mr. Zoller, after all that research, what’s your take today on UFO/AAVs?

A      The prevailing sentiment with UFO watchers is that they’re of extraterrestrial origin. However, the more I’ve researched, the more I suggest they’re not little green men from a far-flung part of the galaxy. It’s just way too much of a scientific leap. Interstellar travel from Alpha Centauri, our closest neighboring star at a mere 26 trillion miles away, would fly in the face of Einstein’s theory of mass-energy equivalence.

Q      Yet, since the end of WWII, there’ve been tens of thousands of reported UFO sightings. So, why haven’t they presented themselves?

A      Given their hyper advanced technology, our nuclear weapons would present little threat to them, so what are they afraid of, why not say hello? Isn’t that what explorers reaching a new world would do? Which leads me to believe that they can’t reach out. And, I don’t think they are extraterrestrials. I think it’s more likely that they originate from right here on good “Ole Planet Earth” — albeit from a far-flung future. I think they’ve developed the ability to move freely through Earth’s timeline but are forbidden to alter the past in any substantial way otherwise they would initiate temporal annihilation back in the future. Remember the “prime directive” from Gene Roddenberry’s original Star Trek series.

Q      Whoa, that’s a lot to unpack! So, what questions should we be asking our officials who have witnessed these events?

A      Look, after years and years of mounting evidence there is no longer any doubt that UFOs are real and that the authorities have no idea from where they originate. The question is what does the military and intelligence community know and why do they refuse to share it with the public. Maybe, they fear that an admission would lead to economic and social upheaval which would be bad for business as far as the rich and powerful are concerned.

Q      So, what implications would “contact” have on society?

A      It may just save it. With the climate crisis and global overpopulation having such deleterious effects on our beautiful blue planet, it’s curious that UFO sightings have dramatically spiked in the past few years. My gut tells me that the two are connected. There’s great unrest all over the globe including ethnic and religious conflict, mass migration, left versus right, and worst of all, a willful denial of facts and science. The bulk of the blame rests with the powers-that-be who want to preserve their status quo at any cost. By that I mean political, religious and corporate elites.

Q      If the occupants of UFOs are from our future and can’t interfere with our timeline, then what are they up to?

A      Perhaps they’re collecting plant and animal specimens (and maybe even some people) that they deem worth preserving from this time period. Or, heck, they may have discovered a facet of the space-time continuum that eludes us. Your guess is as good as mine.

Q      The Day the Earth Stood Still’s ending offered some hope for humanity if we could get our act together, what’s your opinion?

A      Despite the deep hole we humans have dug for ourselves, it’s a great time to be alive. The possibility exists that before long we will witness the game-changer to end all game-changers, one that may lead to scientific and spiritual enlightenment. In his book, God and the Astronomers, NASA scientist, populist author and futurist Robert Jastrow postulated that scientists and mystics were climbing the same mountain of enlightenment on opposite sides. It’s encouraging to think that could be true. But one thing, for sure, we cannot continue despoiling the air we breathe and the water we drink — as we’ve done since the dawn of the Industrial Age. Unless you choose to drink the Kool-Aid of climate deniers like Donald Trump and other dictators like Vladimir Putin, something’s got to give. And, soon!