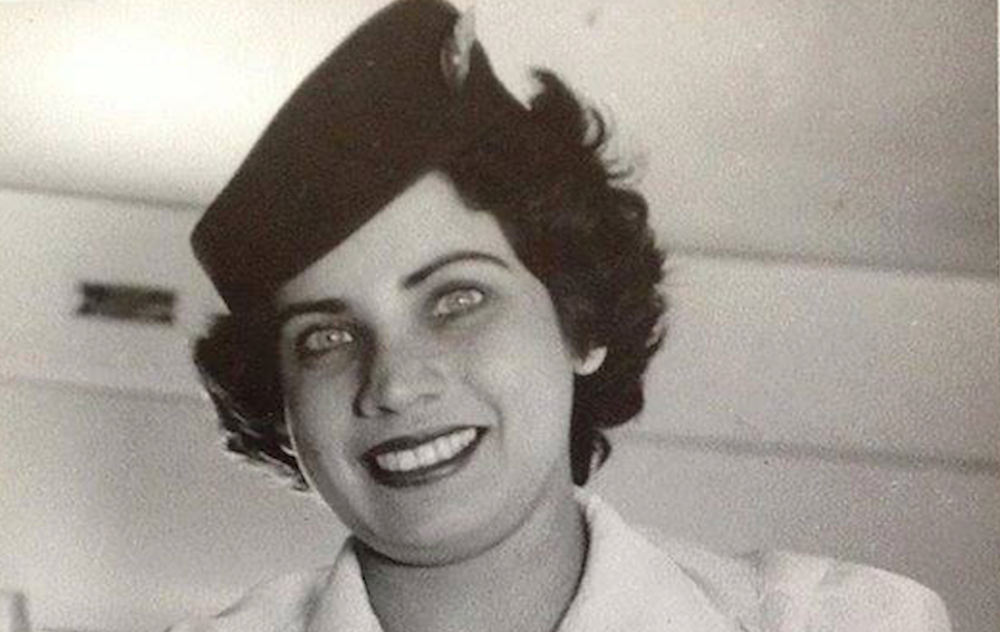 My mother knew that, for me, she was the love of my life.

And, when she finally slipped away into that forbidden and eternal sleep, it tore such a massive hole in my heart and soul, that I still haven’t recovered. Who knew that Auden’s poem would ring so true: “I thought that love would last forever: I was wrong.”

In the 12-18 months before she passed, my mother, Nancy Agnes Collie, and I had so many personal and funny conversations on the phone. When she would open up a little, being the curious man and journalist I am, I probed a little more. When I asked what would she like to do again. She said, “Have my six children all over again. And then all my many grandchildren.” When she was in hospital, on her ultimate bed, she answered another question in a similar way: “I always wanted to be a mother. The thing I’ll miss the most are my children…hoping and wishing the best for all of you.”

On the other hand, she never let on that she was so sick, not even to our father, Ashley Sr. She didn’t want him or us to worry.

One of my phone conversations with her went: “What’s it all about, mum?” She replied, “I was listening to that mixtape your brother Andrew made for me on John Lennon. What was that song?” I guessed the song and recited: “Love is the answer and you know that for sure? Then she quietly sang a line from the tune, Lennon’s Mind Games: “So keep on playing those mind games together.” And, then I continued the words, “Some call it magic the search for the grail/Love is the answer and you know that for sure/Love is a flower/You got to let it, you gotta let it grow.”

And, she called it a lovely song, laughing quietly: “Love is the answer.”

Most importantly, one of my greatest joys was to make my mother laugh. All my siblings loved to do that. Like me sending her a funny Valentine’s card signed with “Anonymous Admirer.” She said she recognized my handwriting no matter how I disguised it. Or I’d buy her silk Chanel scarf from Sak’s Fifth Avenue store in Manhattan but boxed it in something silly. When she peeled away the silliness—like a food box—she’d find the treasure buried inside, and her most gorgeous sky-blue eyes would light up.

As a result, she knew me so well, and that I was going to be an inveterate bachelor for life. And, she recognized that I loved ladies, especially ones who’d dress up and put on some glam, and not just blue-eyed girls. And, she knew I liked to party and have a good time with them—take them on trips to New York, Montreal, Los Angeles, Paris or Barbados.

However, because she was a conservative and church-going lady by nature—although, I nabbed her joyfully listening on headphones late at night to my records like Pink Floyd’s Dark Side of the Moon—she’d put her arm around me and say, “Ashley, my son, I love you. But don’t bring that other stuff around here, unless she’s very special.” 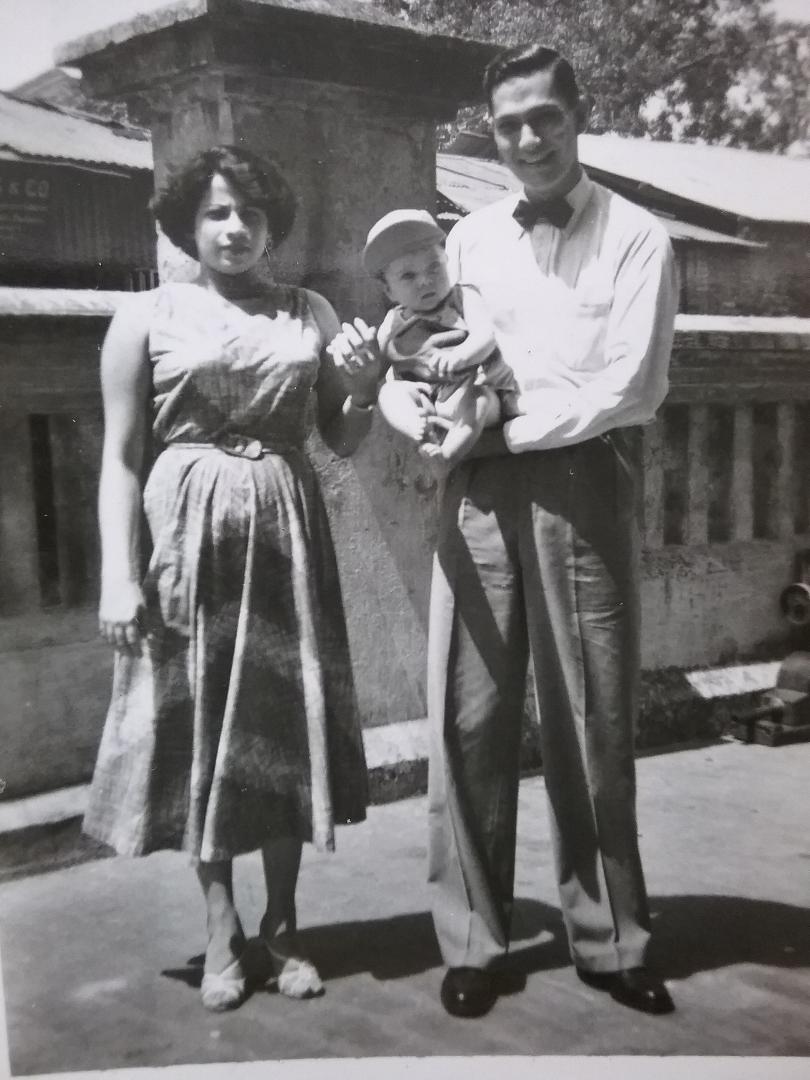 Above all, I was good with that. With keeping “stuff” that may upset her away from her eyes, as much as I could.

But, as her time ticked away, and I couldn’t be right there, I could still hear her laugh and it so inflamed me with joy—that she could still laugh at my words, that I could still crack her up. As she got sicker, and we really didn’t know that it was to be such a precipitous decline, making her laugh took her mind off her own pain. She never wanted us to fret, so kept her pain to herself. But, when she couldn’t laugh out loud, I thought our lifelong (at least from my viewpoint) relationship had changed, irrevocably.

After that, on her deathbed, close to the edge and to the end, she was mostly quiet and non-responsive, sleeping with eyes closed shut. She had the last rites read three, maybe four, times but she kept fighting. And, her husband, her six children, and her many grandkids kept vigil—a woman we all loved because she loved us so much and so unconditionally.

However, once in her last days when we were all there with our father, her grandson BJ quietly cracked a very funny joke. And we stifled our laughter. Then out of nowhere, Nancy Agnes Collie, with her eyes closed, and lying on her side as life slowly trickled out of her now tiny body, whispered, “Nothing better than a good laugh…”

In her final days, she broke out of her silence once more to touch my face with her frail fingers and say, “Goodbye, my son.”

Because mothers and sons don’t really talk intimately about affairs of the heart and especially about sexual advice, I had to Google some information about what mothers think of us, including: about sons who so depend on their mothers as babies, and yet strive so hard for independence to assert our autonomy that we can fly from the nest—she quietly balled out her eyes when I left home for the first time; and, about mothers who know they will essentially be replaced by our wives and partners. 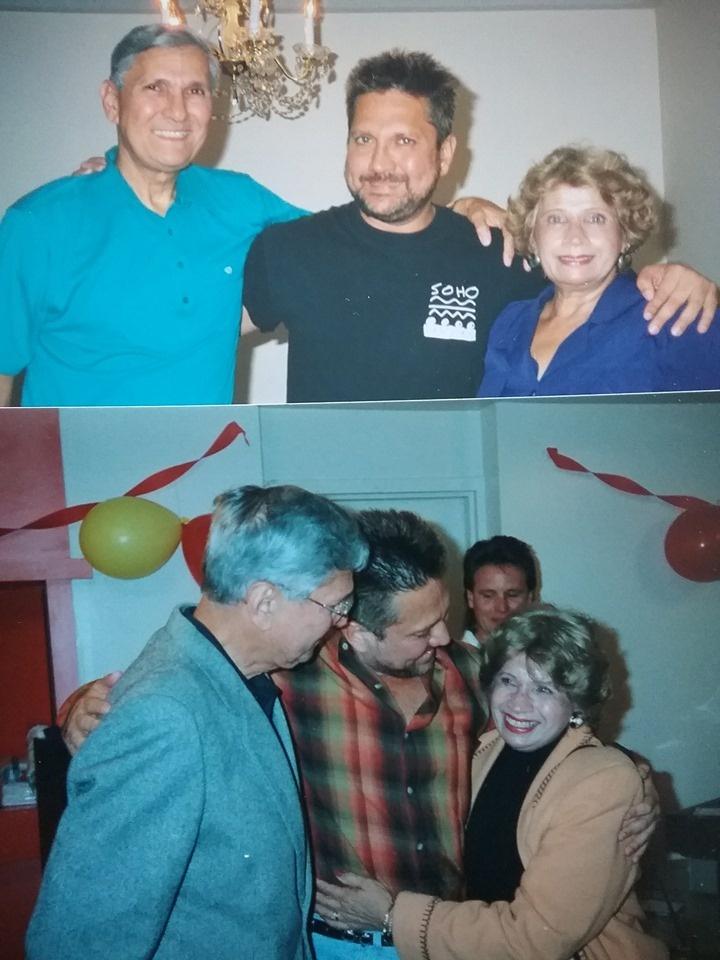 And, then I found a very enlightening and poignantly written book—The Secret Love of Sons: How We Men Feel About Our Mothers and Why We Never Tell, by journalist Nicholas Weinstock.

Above all, I also found a story in Psychology Today which made mention of this insightful book. Indeed, the author, Dr. Sharon K. Farber, wrote from her own perspective about that dichotomy that mothers feel about their children, suggesting: “Although I was very happy for him (that her own son was marrying), I did feel replaced. I had been the love of his life from the time I gave birth to him…”

She also gave a personal recollection about her infant son, which stood out for me, something one’s own mother would probably never say directly to her son:

“I knew before he was born that I wanted to nurse him, for the usual health reasons—protection from certain illnesses, allergies, ear infections. Even though he was no longer in my body, the next best thing was that he could be a part of me through nursing. When the nurse brought him to me and placed him on my chest, I asked anxiously ‘What do I do?’  ‘Oh, I think you’ll figure it out,’ she said...I held him and drew him to my nipple. This little creature began snorting like a little animal and latched onto my nipple as if he knew it was created especially for him. These breasts, which had only been decorative for the purpose of attracting men, suddenly became so extraordinarily functional! I was fortunate that I had none of the problems in nursing that so many other new mothers speak of. I am so thankful for that because it was the nursing that was magic. Accustomed to using the power of my mind, it was a revelation that I could feed him with my own body and nothing else; he needed me so much. I felt whole. I wasn't using my mind; I was using my body.  I looked forward to the let-down reflex, not only because it indicated that in a moment, my breast would be relieved of the pain of being engorged, but it was the signal that I was releasing the milk that enabled him to live and thrive. He sucked and sucked, looked at me, smiled; I smiled back. Then the rooting and snorting to get back to business and get that nipple back in his mouth. We fit together perfectly, like pieces of a puzzle. We were made for each other. We played. I loved it. So, did he.

“Breast feeding ended when he was almost eight months old. I did not wean him; it would be more correct to say that he weaned me. I had already introduced solid food and he simply let me know that he was done, finished. It was a sad day for me but the sadness did not last long. I took such pleasure in his growth and development and knew that I was the love of his life.” 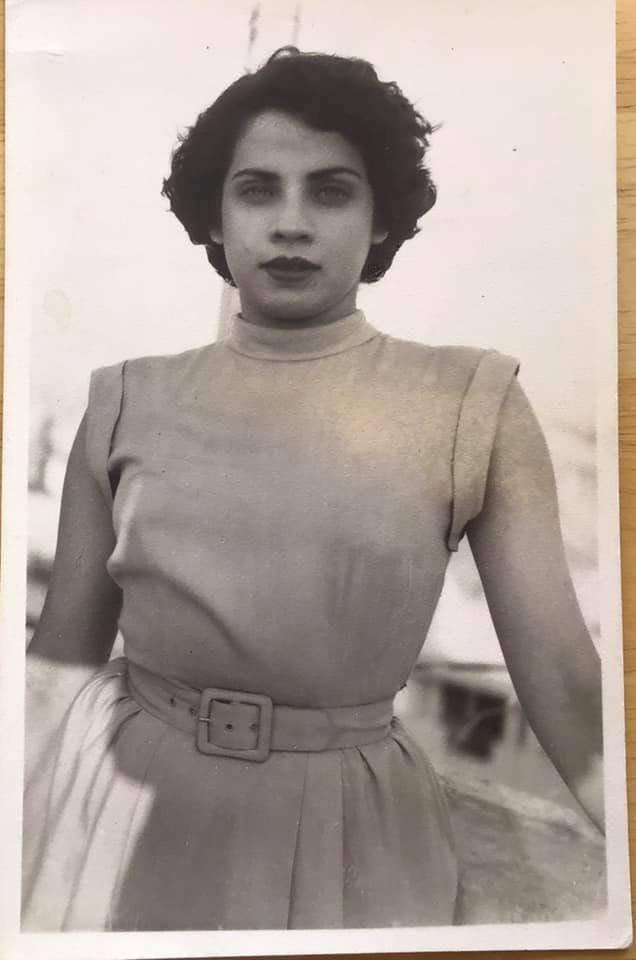 For the first 15 months of my own life, before my lovely sister, and then my four other beautiful siblings, were born, I had our mother all to myself. And, she had only me. Looking back, she was the love of my life. And, will always be thus, in so many ways, for this bachelor.

Happy Mother’s Day, to all mums/moms everywhere. And, to our Collie mum, from a (not-so) Anonymous Admirer!