How To Become Replaceable with Ari Meisel

How To Become Replaceable with Ari Meisel 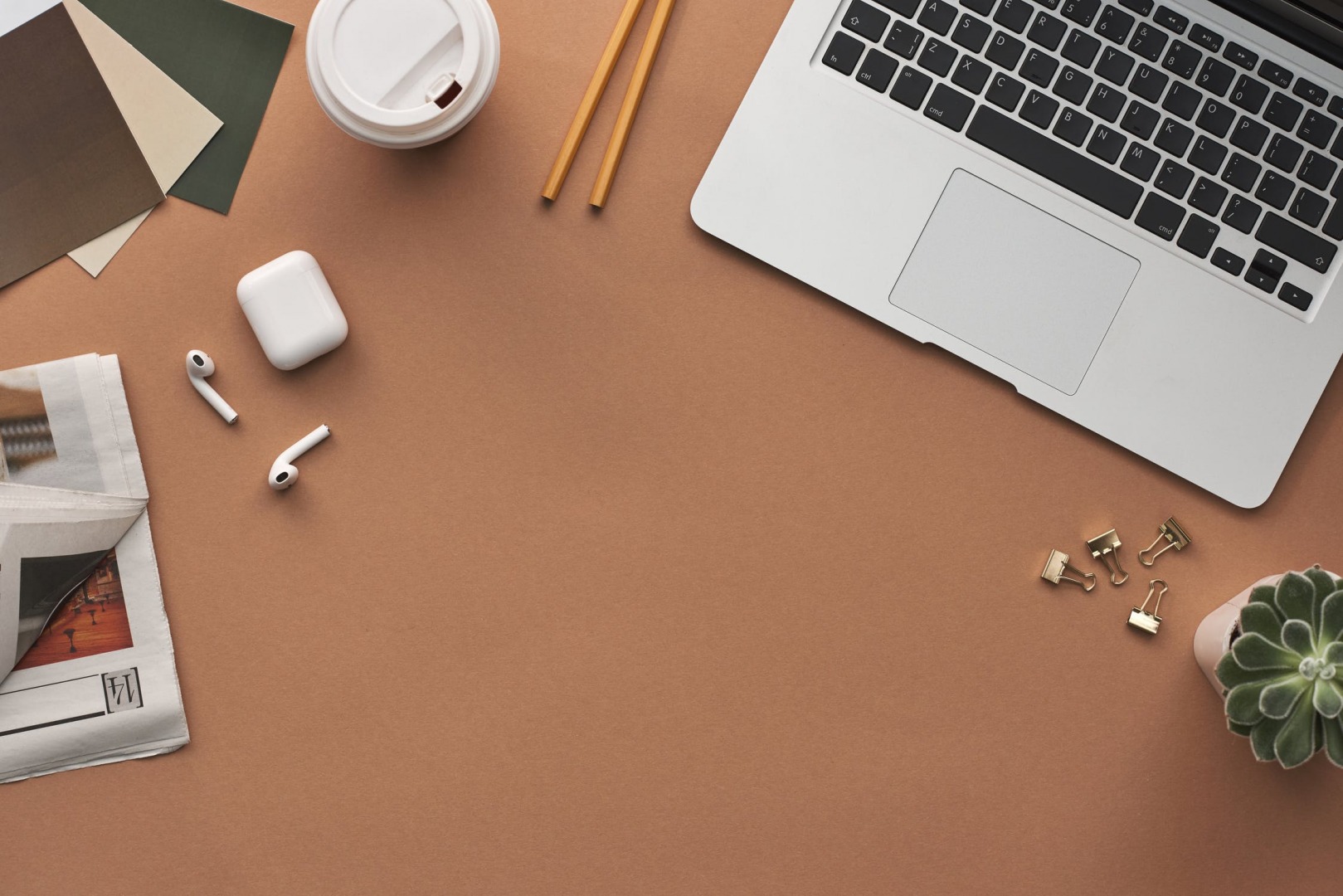 If you worry about being irreplaceable in your business, then don’t miss Ari Meisel, the productivity coach entrepreneur, founder of Less Doing, and author of The Replaceable Founder, who’s helped thousands of clients achieve the art of less doing – less work, more results, more happiness. 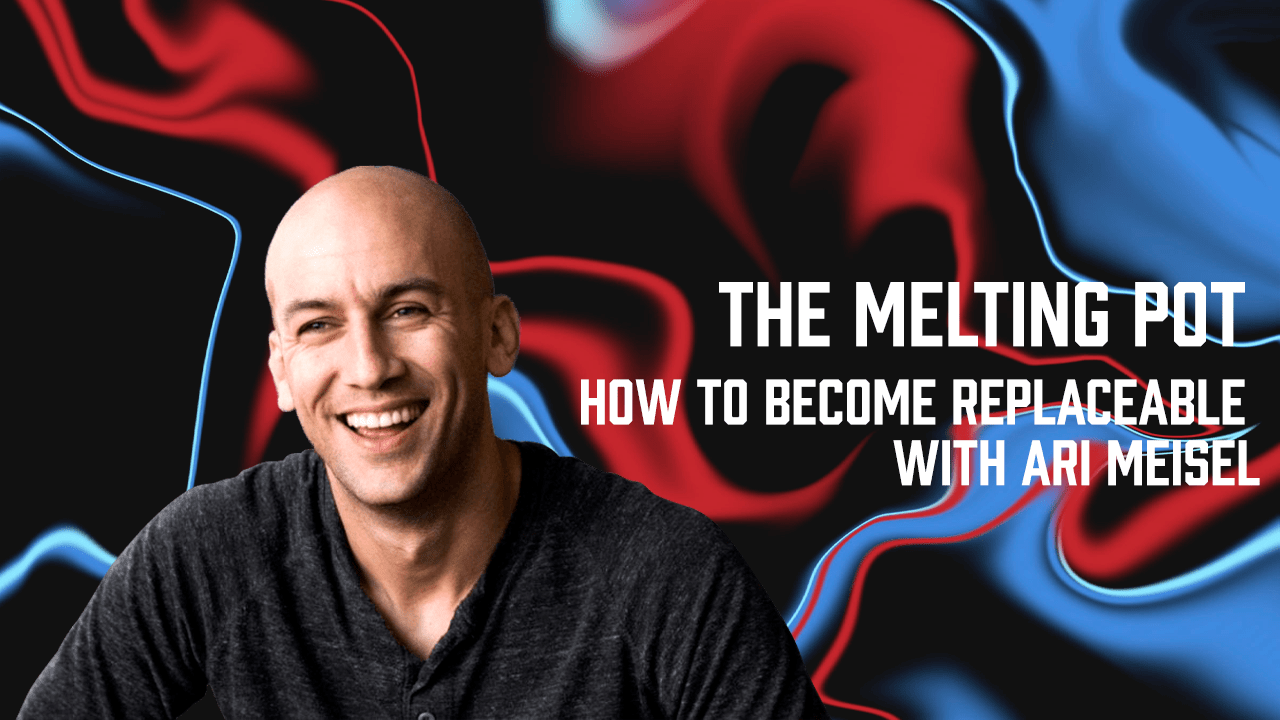 At 23, Ari thought he knew it all. He wasn’t open to criticism, he wasn’t open to feedback. Ari was working really hard, 18 hours a day, believing that was the path to fulfilment. He was working in construction, working in property development, was $3 million in debt, and then his world came to a shuddering halt.

Diagnosed with Crohn’s disease, Ari found himself in the position where he could only work an hour a day. He couldn’t rely on his old work habits any more. He had to come up with a new system to keep him moving forward.

To find out how he teaches coaches, entrepreneurs and CEOs around the world how to do less and live more, and to become replaceable in their organisations, don’t miss this latest episode. This is a fantastic conversation, we hope you enjoy it as much as we did.

When Ari Meisel was 23 years old, he was working hard, really hard, living a stressful life. And then he got diagnosed with Crohn’s disease and his world crashed down around him.

“I went from working 18 hour days to working an hour a day as best as I could just based on energy and feeling up to it, and still had to get all the things done, and was dealing with a lot of overwhelming stress. So I created a new system of productivity.”

This new system of productivity grew into a much bigger system over time and developed into Ari’s business methodology which he calls The Replaceable Founder.

And so the idea became to create systems and processes to make yourself more replaceable, i.e. so the business can function and operate effectively without you at the helm. These systems and processes allow you to delegate and offload the things that so many leaders tend to hoard and hold on. But you don’t need them.

“The focus is on making everybody in an organisation, not just the founder, as replaceable as possible. And that endeavour, that goal is one that doesn’t really have an end to it, but has this really interesting trickle down effect into all sorts of different things that we do in business.”

We have this unfortunate culture issue where we believe that we need to work more, rather than work smarter, and it’s pervasive in all industries, not just construction.

In fact, one of the places it’s most prevalent is in the startup world where people equate working more with being more productive and more effective.

“And what we’ve found now, which I think is one of the most fascinating things in terms of work that we’ve seen with the pandemic, is that there is now this movement called the over-employed movement.”

We know from data that’s been tracked for years, says Ari, that the average 40-hour week worker actually does roughly 12 hours of actual productive work in a week. So it’s not too far-fetched to assume that everybody can do more, by doing less.

How to Find Motivation

But how do you find the motivation to follow Ari’s system? The world is full of diet books and fitness books, yet there’s still people who wish they were thinner and fitter.

What happens, says Ari, is that people think they have legitimate reasons for wanting to follow Ari’s system, but when they achieve them, i.e. more money, a bigger house etc, they are never satisfied. That’s not actually what they want. What they want, at its very core, is control over their own time.

And the thing is, says Ari, is that people need to realise there’s another way, before they will take action to change their behaviour. You don’t know what you don’t know – you can’t read the label from inside the jar. Ari has to show people how he works, which is where his coach work comes in.

“And that doesn’t mean that people should feel bad, like, oh, I’m not doing it right. It’s just that they haven’t been shown the way. If you haven’t been given the tools it is sometimes very hard to figure out how to get things done.”

The idea of work-life balance, says Ari, is a complete myth. It’s more about work-life integration. Which is key, and an important difference.

Because anything that’s worth pursuing will take us out of balance. It’s going to be stressful, it’s going to be annoying, but sometimes you have to make a mess to make things better, and the idea that things might be hard for a while, scares people.

And definitely don’t put things off, says Ari. If you want to achieve a work-life integration, you have to deal with things as they arise, otherwise they’ll niggle away at you. Take 5 seconds to answer an email and it’s done.

The Secret of Innovation

Most people will tell you they don’t have enough time. But, says Ari, the problem the majority of these people have is that they have too much time and they don’t know what to do with it, and because the human brain doesn’t do well with nothing to do, we try to fill our time with all sorts of other things.

“The idea that started my business and this whole concept is ‘what would you do if you can only work an hour a day?’ That extreme restriction on time is what forces you to be innovative. It’s what forces you to figure out a better, different way to do it.”

The whole idea of replaceability is a real punch to some people’s ego, says Ari. It sends them spiralling, wondering if they’re replaceable, then what’s their value? What’s their worth? Why should they work hard?

“And being coachable, in my opinion, is one of the most important skills that we can develop, as humans, as parents, as everything.”

Enjoyed the show? Leave Us A Review

Follow Us and be the first to listen to a new episode each week on your favourite platform.

Listen to the episode here.