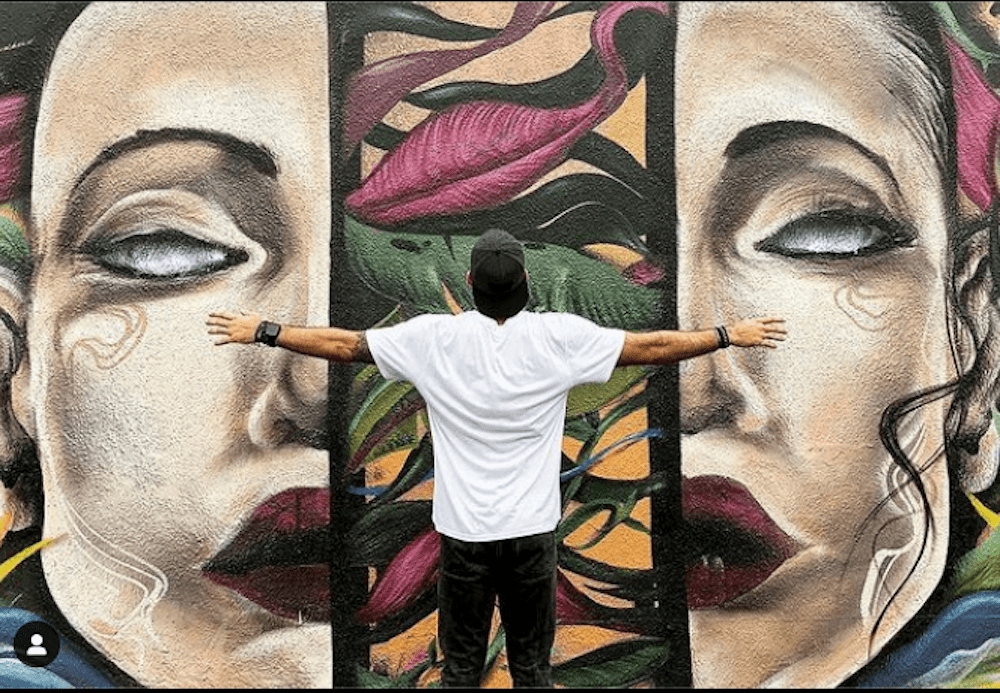 Filippos Tsapekis is a big fan of classic commercials that have gone viral like the Coca-Cola ads that started appearing in the 1970s onwards, including: "Hilltop/I'd like to buy the world a Coke," and the “Hey, Kid, Catch/Mean Joe Greene” ad, that also aired during the Super Bowl in 1980, and won both a Clio and Cannes Gold Lion.

Moreover, creative/commercial director Tsapekis, who’d one day love to direct a Super Bowl advert or win a Clio or Gold Lion himself, tracks trend-setting commercial spots. For example, the Greek-born but now LA-based Tsapekis recalls being impressed when he first saw the “Go with the Flaw” Diesel (clothing and lifestyle brand) campaign, enthusing, “I like the unexpected way they share their message and because it derives out of the ‘flaw.’ I love the casting, music, cinematography, directing, and the entire production. A really great job. But then like many others, every Christmas I look forward to the new John Lewis holiday commercials. Millions of people are waiting like me to see the next commercial. It's full of emotion and great productions that they share with everyone. Their target group ranges from 10 to 99 years old. The department store’s team creates such successful campaigns.” 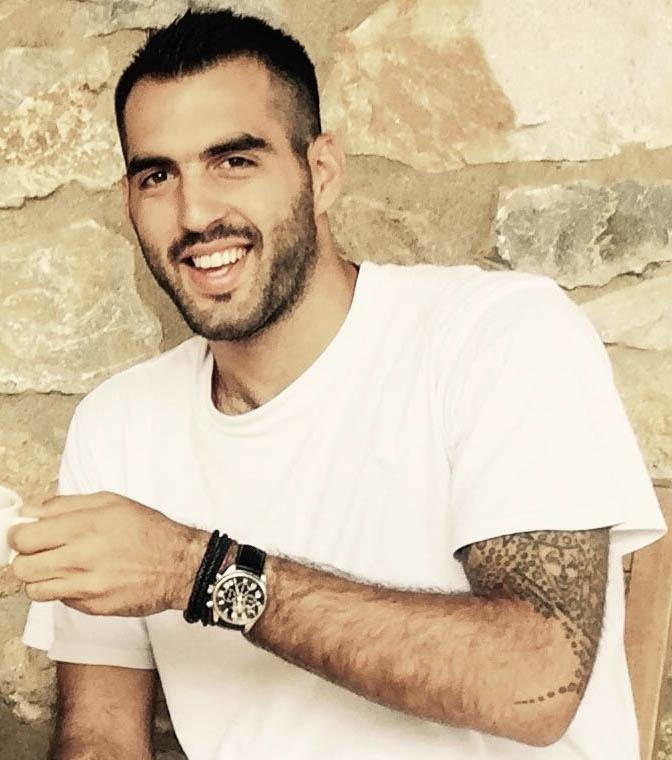 Indeed, these are the types of campaigns that Tsapekis is aiming for. He’s already worked on big-budget commercials for an international food brand with "Thunder" and "Guru." And, he’s earned a BA in Communication & Advertising from the American College of Greece, and an MFA in Filmmaking from the New York Film Academy. He’s also learned a variety of technical skills, including Adobe Premiere Pro, Cinetracer, Adobe After effects, Adobe Audition, Adobe Illustrator, and Adobe Photoshop. 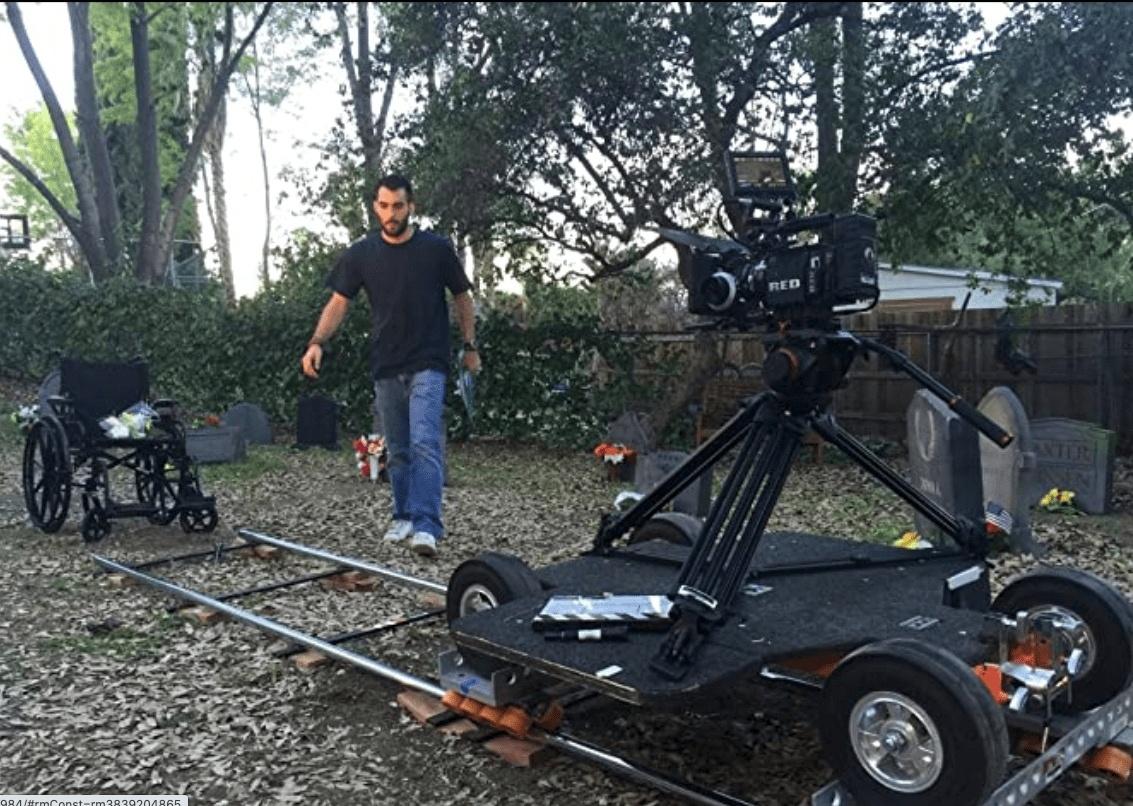 Above all and most recently, Tsapekis has worked on projects for major studio companies, like Warner Brothers and Universal, as a Creative Director, Commercial Director, and Editor. He’s also worked with Buzzfeed, Little Dot Studios, Everpost, Nurture and BlackCherry, saying he learns from every situation.

Most importantly, the much in-demand creative/commercial director rarely has time to get bored, and he loves variety, explaining: “Every project is fascinating to me and I also appreciate the fact that you switch projects often and you are always alert. The challenge with commercials is finding a way to communicate a specific message with a specific audience in 30 seconds. But, there are many keys to communicate with people. It depends on your target group and what you want to say. Many ways exist to convince the audience, but first, you have to follow some steps. The important thing is in-depth research of your audience, about their likes and dislikes. Then it’s about being on top of things like upcoming trends, plus also watching your competition, the ones who want to share a similar message. Finally, it’s about seeking out influences from everywhere and then creating a unique take in your idea.” 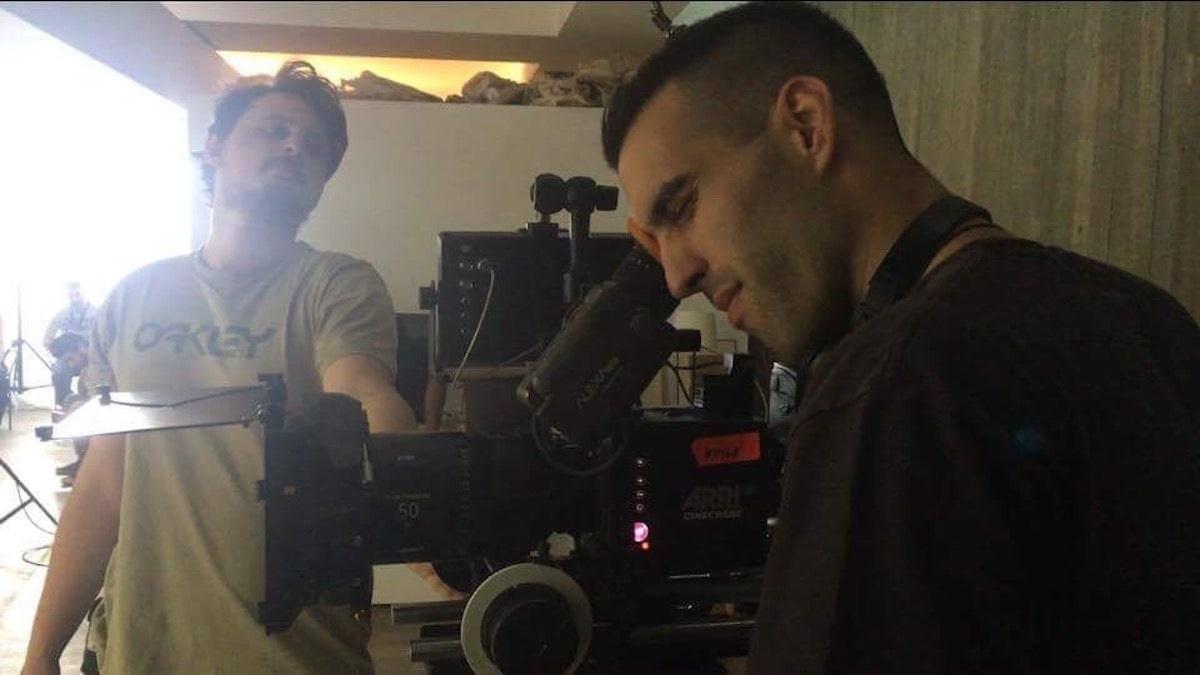 In addition, Tsapekis says he’s “participated in more than 50 TV commercials around Europe” and has therefore “always felt pretty comfortable on set.” However, he started his commercial career as a copywriter. In fact, he feels his strength as a commercial director now is his background as a copywriter, learning how to write an idea and really sell it to a client.” And, he explains the difference in his present roles: “My first steps as a film/commercial director were parallel to my work as a creative director. A creative director is responsible for generating the idea and deliver it to the client. The commercial director’s job is to bring to life the specific concept.”

As a result of his experience and success, Tsapekis has high hopes for earning the likes of a Clio or ADDY award for his commercial output. He explains, “I always look for opportunities to learn and be involved in new things like different companies and different projects, while working in tandem with talented creative people. The key for me, is to create unique and interesting concepts and use them to sell a product, But, always maintaining your identity and style, and finding ways for others to remember you and your work.”

In short, for this ambitious and empathetic creative/commercial director, there is also another key that he works and lives by: “In all the projects for all the companies, no matter if it is Warner or a startup company, you have to be professional and honest with people. Give them what they want but also surprise them.”

And, then maybe Filippos Tsapekis will have a similar path to fellow Greek director Yorgos Lanthimos, who began his career directing music videos and commercials, and then directed the Oscar-nominated feature, The Favourite.

View all
What the Best Leaders Do Before They Let Someone Go
5 Ways to Make the Most Out of Salesforce Testing
Futureview®: A Strategy That Outsmarts Complacency
The Big Business Benefits Of Outsourcing
Is Brand Relevant for Businesses That Don’t Advertise?
7 Tech Trends That Will Shape Insurance In 2021
Environmental Marketing: The Troubling Trend of Greenwashing in Companies Today
Climate Change: Is Tree Planting Greenwashing?
Earth Day 2021: How Artificial Intelligence, Blockchain, Lifestyle Choices and IoT Can Save Our Planet
The Electrical Industry at the Heart of the Greenhouse Effect with SF6
Plug-in Hybrid: Between Charm and Disappointment
Electrify Everything: Some Limitations of Solar and Wind
3 Ways Blockchain Can Improve Taxation
How E-Commerce is Encouraging Entrepreneurship
Things You Should Know About Maverick Trading
5 Sales Techniques That Every Entrepreneur Needs to Know
Is My Land Suitable for Development?
Common Errors You Need To Avoid When Buying A Property
The Great Texas Power Failure of February 2021
China's Population: The Coming Decline
Investors Do Not See “Transitory” Inflation
Electrification of Everything: The Transmission Lines Challenge
Amazon and Value Creation: A Bezos Farewell
Nine Principles of Policing from 1829
Queen Elizabeth II Marks 95th Birthday in Private
Covid-19 and Fake News: Exponential Rise of Conspiracy Theories and How to Prevent Misinformation
UK Budget 2021: Corporate Tax Rise, VAT Cut for Hard Hit Sectors Extended & Income Tax Thresholds Frozen
What If George Washington Lied?
Judges and Ideology
Covid-19: All Travellers Arriving in the UK To Be Tested Twice Starting From Next Week
Healthcare: What Are the Effects of COVID-19 on OB-GYNs?
What it is Like to Live in a Self-Destructive COVID Hotspot?
Banning Menthol Cigarettes: Are There Nannies Involved?
India Sets World Record of 314,835 New COVID-19 Cases In a Single Day - More than 1 Million People Infected in Just 4 Days & Hospitals Running out of Oxygen
The United Kingdom is Developing New Drugs For People with Mild COVID-19 To Prevent the illness Turning Serious
The Pandemic’s Moving Line: A Quantitative Reckoning
Content Marketing Hacks: 7 Ways to Overcome Writer's Block
The Sky Belongs to Everyone, be it a Swan or a Crow
Virtual Work Experience Bridges The Gap In Opportunities Missed During Pandemic
Strategy vs Operational Effectiveness – Are You Clear on the Difference?
How Artificial Intelligence Is Revolutionizing the Advertising Industry
For Mother’s Day—A Love Letter to Mum
Six Secret SPARQL Ninja Tricks
5 Smart Ways to Improve your Web Presence in 2021
Scraping Data from Wikipedia Tables
A Wrong Job Description Could Stretch Your Recruitment Process Time
Benefits, Use Cases & Challenges of Smart Homebots
Unstable Internet Connection? Here’s What to Try

Six Secret SPARQL Ninja Tricks
Content Marketing Hacks: 7 Ways to Overcome Writer's Block
5 Smart Ways to Improve your Web Presence in 2021
The Sky Belongs to Everyone, be it a Swan or a Crow
What the Best Leaders Do Before They Let Someone Go