International Education Attainment: The US is Fading

International Education Attainment: The US is Fading 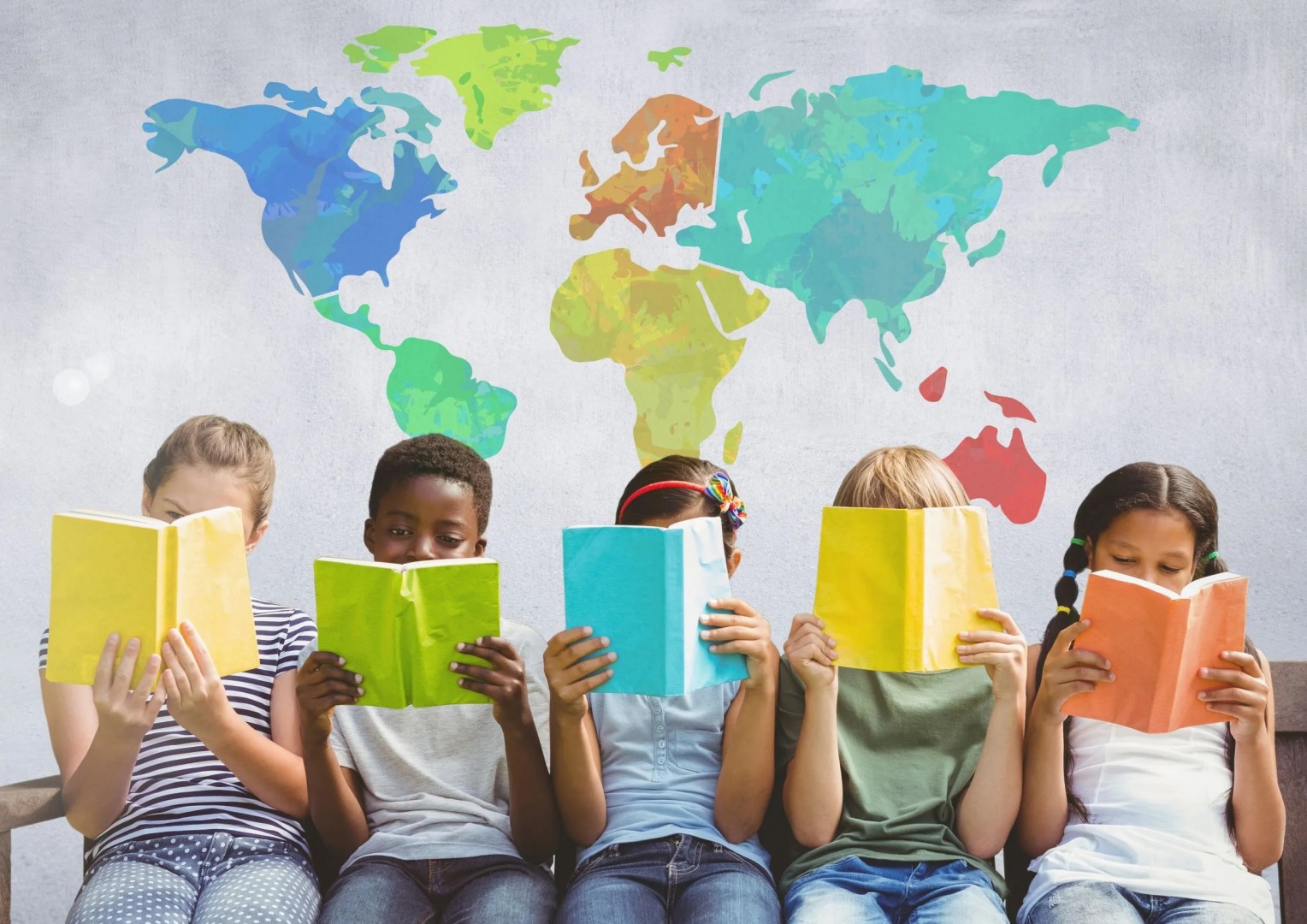 The economy of a country and its potential for future growth is based on the skill levels of all workers.

It's not just on those who attend the best colleges and universities.

The U.S. has been underperforming in education for decades, and international statistics show it. Here are a few of the many figures that caught my eye.

This figures compares the percentage of those with a tertiary education comparing 25-34 year-olds to the education level of 55-64 year-olds. The black squares show the older group; the blue triangles show the younger group; and the light blue bars show which countries have been expanding education in a way that the younger generation is well ahead of its elders. One wouldn’t expect the U.S. to have the highest level of gains, given that other countries had much lower levels of those with a higher education several decades ago–and thus greater potential for gains. Still, it’s a little shocking to see that the U.S. shows almost no intergenerational gain in education levels, and is second from the bottom in such gains. You can also see by the position of the blue triangles that the U.S. is just barely above the OECD average for tertiary education in its 25-34 age group. 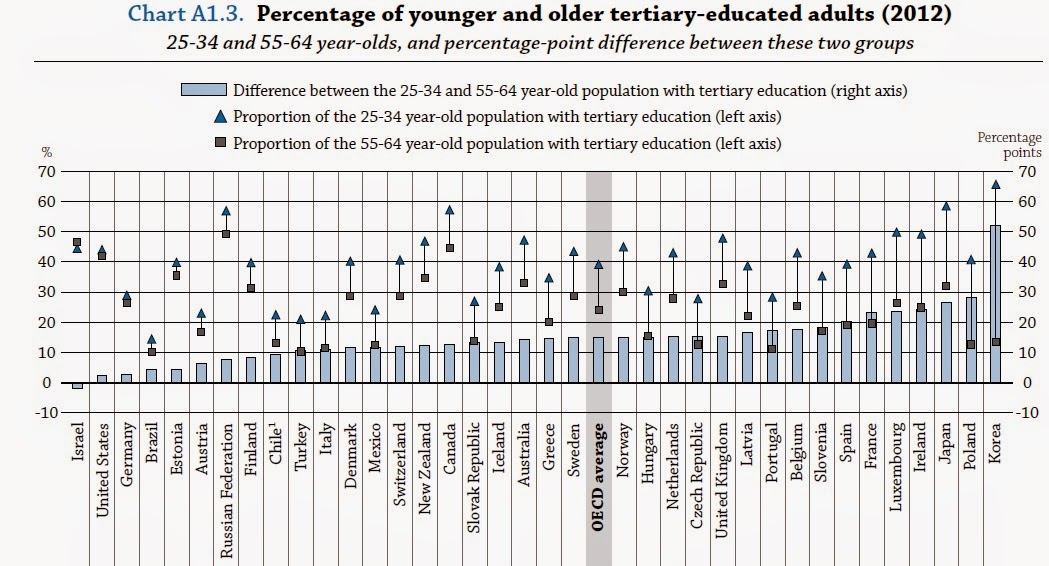 A quick retort to these kinds of figures is to point out that perhaps higher education in some other countries is of lower quality, and so it doesn’t mean as much to have a tertiary degree. Well, maybe that’s part of the dynamic here. But those who are starting to lag behind always complain about the unfairness of what is being measured, don’t they?

How about at the high school level? Here are upper secondary graduation rates across countries. The U.S. ranks below the OECD average.

U.S. salaries for K-12 teachers are relatively low, compared with what others with a tertiary education in that country receive. Here’s an example showing salaries from teachers in ”lower secondary schools,” or junior high schools. On the other side, average class sizes are slightly smaller in the U.S. than the OECD average. Here’s an example for primary education classes.

What about enrollment rates in preschool? Again, the US is below the average. As I’ve expressed before, my reading of the evidence on the proven gains from early childhood education is not especially encouraging. But even if the effects of U.S.-style preschool on children can be questioned, there’s no question that it can serve as a subsidy to help low-income families with the costs of their child care, and to make it easier for mothers in low-income families to keep a better connection with the workforce.

One of the things that”everyone knows” is that the successful economies of the 21st century will be built on high-skilled workers. The U.S. used to lead the world in educating its population, but no longer. Just spending marginally more money on the existing system isn’t likely to be a successful answer. Some deeper rethinking is needed.