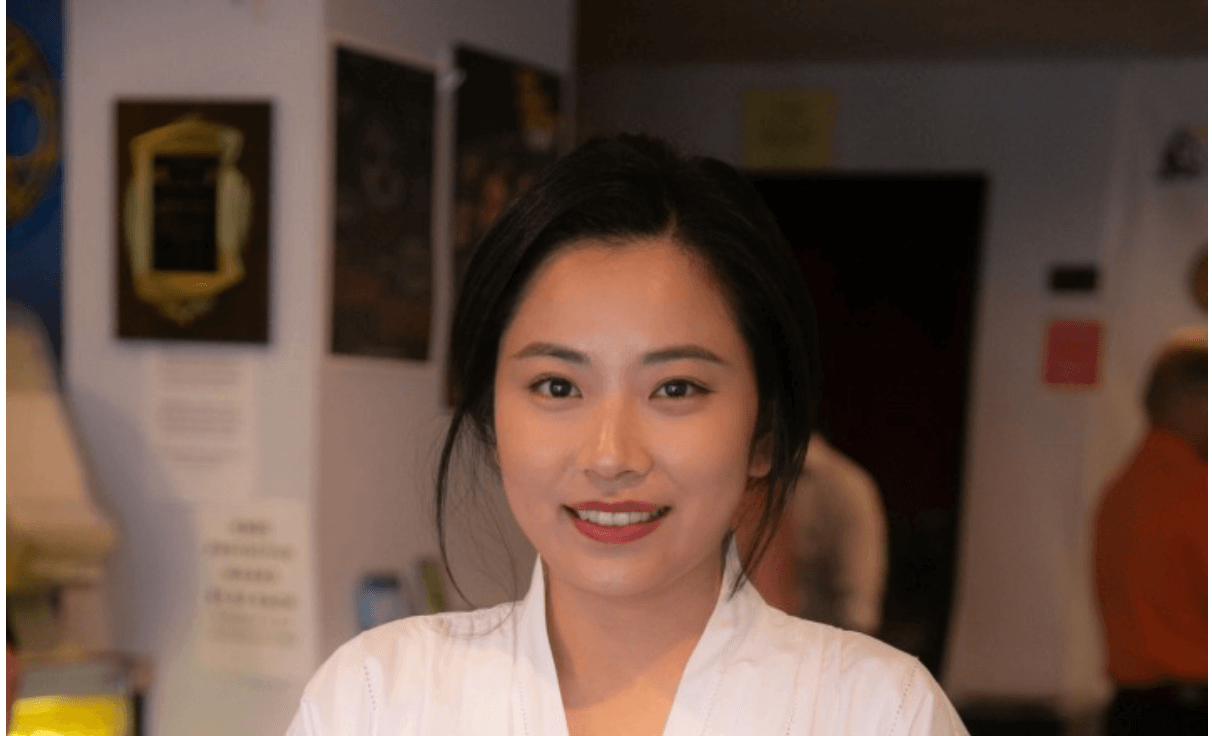 And, Shiyue was overjoyed when another short, the documentary Learning to Skateboard in a Warzone (If You’re A Girl), won the Best Documentary Short Subject at the 92nd Academy Awards in 2020—the prestigious award was shared by director Carol Dysinger and producer Elena Andreicheva. Shiyue says, “I think director Dysinger is a great female filmmaker, someone who was very brave to choose the topic of the documentary set in war-torn Afghanistan. I would like to emulate that success.” 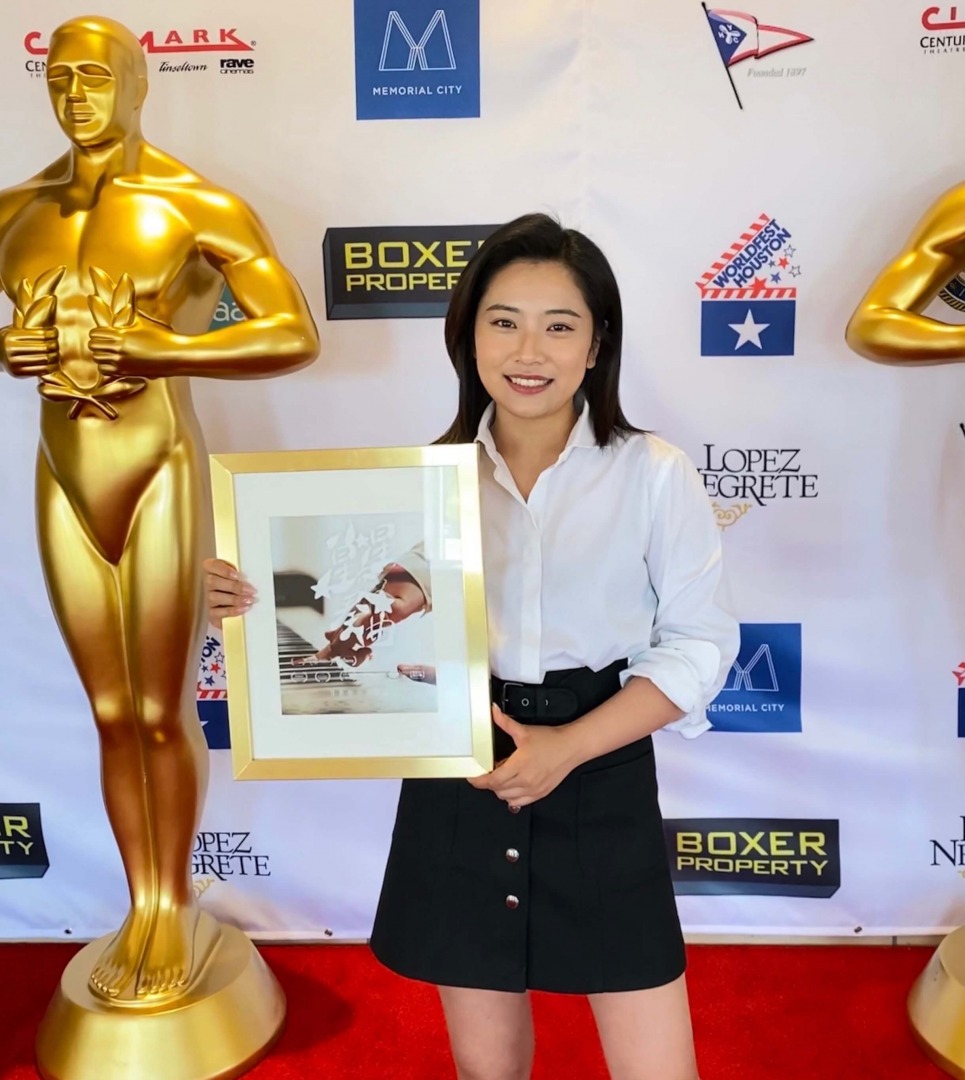 Indeed, Shiyue herself is part of the new wave of female filmmakers. Her acclaimed short YuanYuan also earned the best short film award at the LA Femme International Film Festival. Additionally, the Long Island International Film Expo (LIIFE) recently nominated YuanYuan for the “Best of Foreign Shorts,” and she was excited to do a red carpet interview with LIIFE.

More importantly, she’s proud to be part of the growing community of female filmmakers, enthusing, “I was very happy to be recognized by female filmmakers at the La Femme festival. The truth is, as females, we have to work more, and work hard. But all the females I’ve seen in this industry, they’re all very strong and talented.” 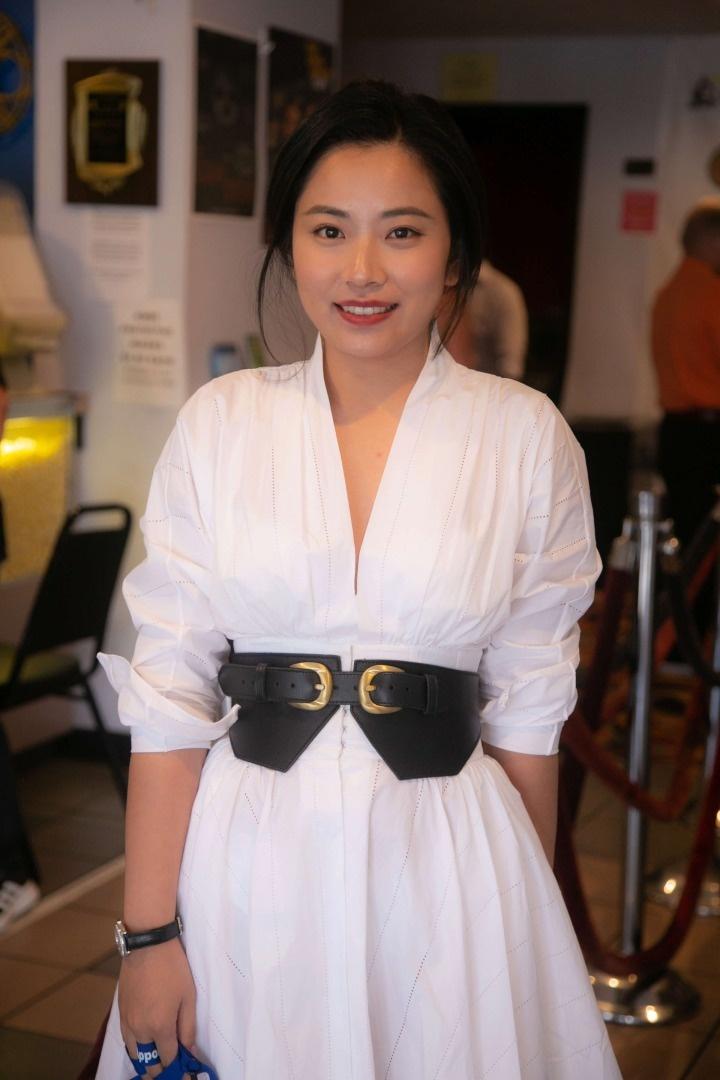 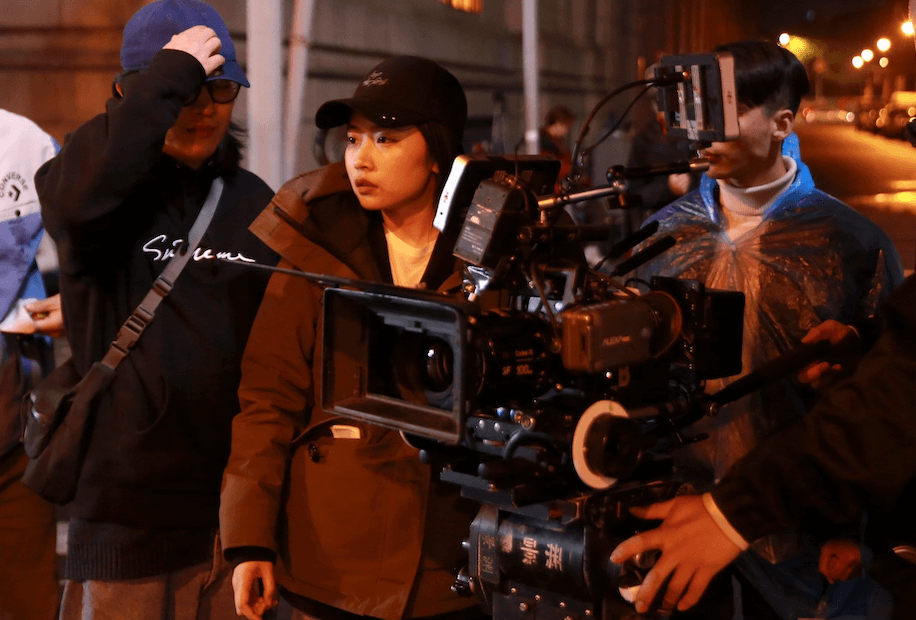 Above all, Twinkle Twinkle Little Star was “taken from my personal life” as Shiyue wanted to say goodbye to all her past regrets, explaining the message of this beautiful movie:

“There were a lot of things I used to do, such as learning ballet for six years. But, in the end, my teacher said that I wasn't physically fit to do professional ballet, so I had to give it up. And I used to play drums for ten years, but I stopped playing drums after college, so I thought I couldn't succeed at these things, that I just fell by the wayside. However, through making films like YuanYuan and my documentary, Island, I now tell myself that the most important thing is to always keep my dreams and passion alive.”

As a result, Shiyue has studied various areas in art, film and television, studying Radio Television Video and Film at New York’s Hofstra University, as well as attending the New York Film Academy.

Moreover, she wanted to further expand her skills and knowledge, and is also working on an MFA Documentary from Chapman University in California. So, she is now focusing on making documentary films which she describes as “absorbing real stories from the outside world.” For example, she was emotionally moved by being the director/reporter for her powerful documentary called Left-Behind Children which focused on children left behind year-round by parents who work in large cities to earn money to support their families. Shiyue explains:

“We went into the most remote and poorest village in China where the only permanent residents are the elderly and these left-behind young children. When I focused my camera at these innocent kids, the strength and kindness that exuded from their eyes touched me. No matter how troubled society is today I understood the truth of an old saying back in China that goes, ‘Even in the crevices of the sandstones where the sun is most lacking, beautiful flowers will still bloom.’”

Secondly, she’s working on getting her feature documentary Island into film festivals—it deals with depression, something that’s not often talked about in China, where Shiyu suggests over 95 million people suffer under the radar. The director/executive producer’s goal for this insightful, eye-opening documentary has evolved:

“My objective was to showcase a real look into how it is living in a world with depression. But after making this doc, my goal is no longer as big as to ‘bring hope.’ It’s much smaller but maybe more realistic. When I was making it, one patient with depression, one of my subjects, said to me, ‘I am very happy to participate in your documentary. You make me understand that I am not alone, so I want to live longer in this world now.’ After hearing this, I think I achieved my goal—I hope my film can help others, even if it’s only one person.”

Moreover, with an overall goal to gain more of a unique name and identity through her work, Shiyue has now learned many facets of filmmaking, explaining, “When I was doing my own documentaries, sometimes, I had to be a solo one-man crew—learning how to use camera/lighting and sound on the job—and that give me the experience on using camera and know all the facets of filmmaking. Even when I worked on live-action projects, I liked to do the shot-list and storyboarding by myself because I always have my own thoughts on what the camera sees.”

Consequently, she has a broad range of strengths, further offering: “As a female storyteller/filmmaker, I believe that I possess a quiet and gentle strength. My previous documentary experiences have also made me better at observing and showing compassion for others. All of these traits fuel my desire to produce and direct more movies focusing on children as well as documentaries focusing on social issues. As for doing commercials, which I’ve also been working on, they have given me the opportunity to work on bigger budget projects, and learn the experience of working with a larger crew.”

Above all, Shiyue’s childhood has turned into a positive. She was sent to boarding school, but she learned to grow up on her own. She became a “very independent person” developing that passion for film and being influenced by the likes of one of today's greatest contemporary filmmakers, Ang Lee: “Even though Ang Lee has now won two Best Director Oscars (Life of Pi and Brokeback Mountain), I loved his early trilogy of Taiwanese-culture/generational films including Pushing Hands, The Wedding Banquet, and Eat Drink Man Woman which received a Best Foreign Film Oscar nomination. Now, with my focus on documentaries, one thing the Chapman documentary program teaches is to be respectful to the truth.”

With that in mind, Shiyue goes back to her admiration of female documentarians, saying of Carol Dysinger, who directed Learning to Skateboard in a Warzone'', “Carol is the type of talented and fellow filmmaker I’d really want to work with.”

Drop in on Shiyue Xu’s website, and on IMDb. Also, check out the trailer to her documentary Island, and links to Twinkle Twinkle Little Star.