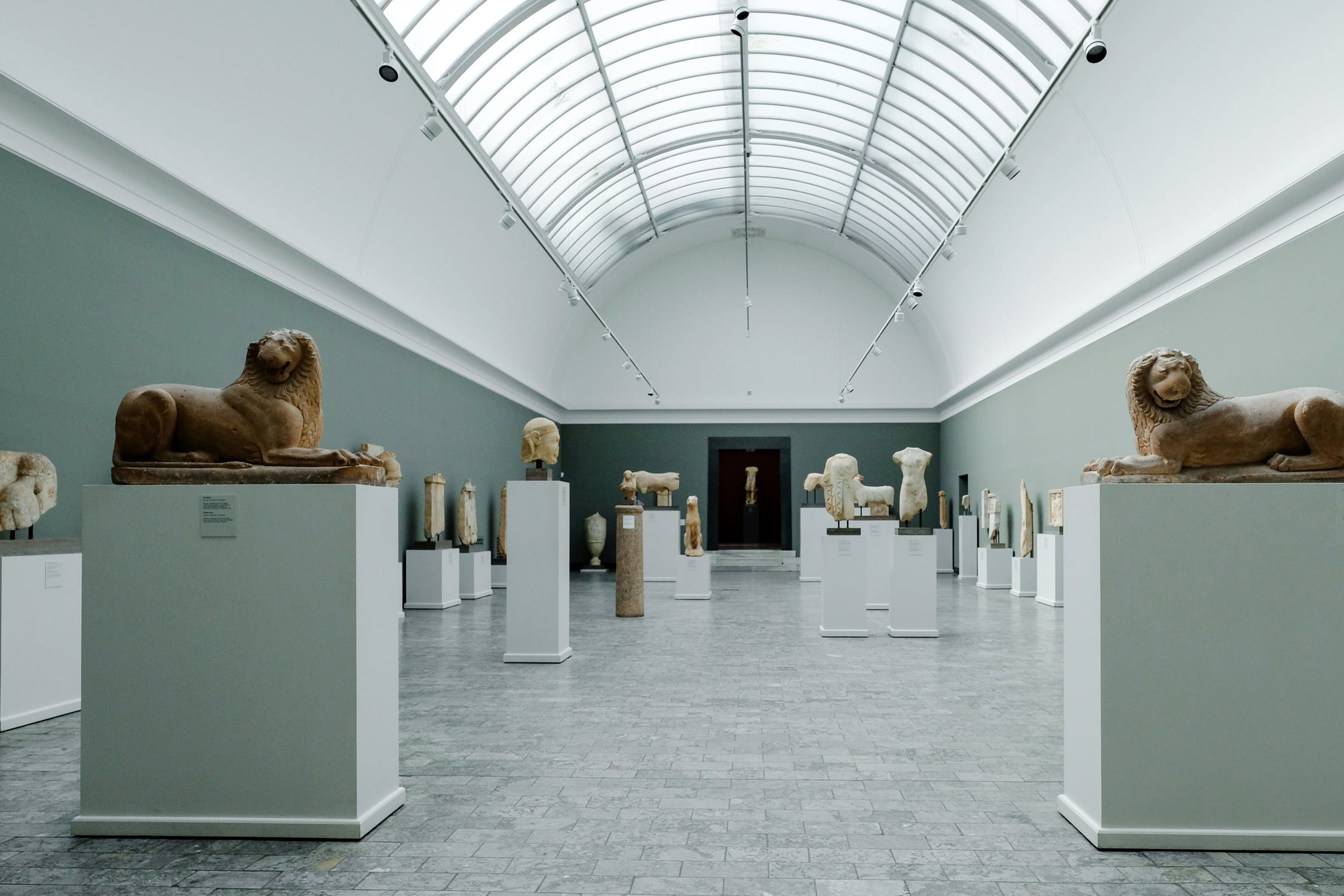 Short-term memory is exactly what the name implies, memory for the short term. It is the memory you are using to feed your thinking.

The number of items you can hold in short-term memory is between about four and eight (5±2 or 7±2 depending on the research). You keep items active in short-term memory by rehearsing them in your head. You know what this feels like when you get a phone number. As long as you can keep repeating it in your mind, you don’t forget. As soon as another item comes along, you begin to lose part of the number. You can chunk information together and make it one item, so (keeping with the phone number analogy) a familiar area code can be treated as a chunk, even though it is three (or more) numbers long.

The other reason for knowing that semantic organization is the way long-term memory works is that as information is added to our long-term store, the information that is there is changed. Our understanding of what we already knew is altered, and (usually) our understanding is deepened - hopefully. Even if it is not altered in a way that actually represents reality any better, it is altered to provide more information that is attached to the knowledge that is already there.

In education, I keep hearing that overassessment is a bad thing. Overassessment is measuring something that has been learned, more than once. Educators believe that this is not good. Once you have measured how well a student has learned something, to measure the same thing again is poor practice. You already know what your student has learned, so you shouldn’t assess it again. However, given what we know about how memory is organized, and since we know that when new information is added, it changes the stored knowledge as well, why wouldn’t we want to ask about a learner's understanding again (overassess)? Asking the same question more than once (if it is a good question) will allow a learner to demonstrate how their understanding of something has developed as they have engaged in their learning opportunities. Labeling overassessment as poor practice is a lost opportunity, due to a lack of understanding of how memory works.

Another problem with formal education and the lack of understanding of how long-term memory works has to do with the retrieval of information.

I remember how fascinated I was when I learned about something called state-dependent learning. I first heard of it as a second-year undergraduate in a Cognitive Psychology class. State-dependent learning is the principle that you will remember much better if your state of recall is closely matched to your state of encoding. A great illustrative example of how this works was a study where memory was tested in scuba gear at the bottom of a pool and in a classroom setting. When the divers learned something at the bottom of the university swimming pool, they could recall it much easier if they were tested on that information at the bottom of the pool than if they were tested on the learned information in a classroom setting at desks. However, they remembered the information that they memorized sitting in desks much better in the classroom than they did at the bottom of the pool.

If you try to recall information in a state (situation, place, mood, etc.) that is as close to the state you were in when you learned the information, your recall will be much better. The take home message (at least for me as a student at the time) is that you need to study for your exams in a state that is as close as possible to the state that you will experience taking the exams. Doing this will maximize your performance and give you the highest grade.

If you actually want to learn something that you might need to access in a different situation sometime in the future, this is the worst possible strategy. You are keeping the knowledge you are learning linked to a single state (in order to maximize exam performance) and are not making links to other times, places and situations where the knowledge might prove useful – the problem of transference of knowledge. When I talk about information in this context, I am also talking about skills, content and any other form of learning. The most critical skills that are often locked away within a specific context are cognitive enablers – knowing how to think.

Since learning in formal education should be about preparing a person for what they need to know in the future, learning should be about accumulating knowledge and skills that will aid in critical analysis, problem-solving, and decision making (all of which need a solid content base from which to work). It is doubtful that many critical decisions or rational problems are going to be solved in rooms that resemble exam halls.

State-dependent learning might improve recall from long-term memory in a specific situation, but it does nothing to build an appropriate content or skill base that a learner can draw on in the future to successfully engage in what the world needs the most of – thinking.

A far better strategy (for learning) is to engage in recall in as many different states as possible. Knowing how to solve problems involving fractions on paper while sitting at a school desk is not a useful skill to have. Being able to apply knowledge about fractions in a kitchen, a building site, an architectural table, an accounting desk or any other situation that could use the skill is what is really useful. Unfortunately, this isn’t often done in education, and overassessment being bad (as a principle) means that it is unlikely to be changed in the near future. Learning content and skills in a setting that results in the highest score on a standardized test is the most useful kind of learning available in today's world.


On another note, I’ve developed an app to help students (and others) begin to think about their thinking. A rather abstract thing to do, but it is a beginning to acquiring abstract cognitive enablers – cognaware.com

View all
5 Proven E-Commerce Conversion Rate Optimization Hacks
Why Effective Leadership is Crucial for Employee Productivity
How to Develop a Powerful Brand Identity in 2021
B2B Marketing: Why You Should Create Long-Form Content
How a Coaching Culture Will Make Your Organization Better
Marketers, Are You Making the Most of Your Data?
Sustainable Fashion: Recycling Challenges in The Textile Industry
Is The Internet of Things Making Way For Smart Agriculture?
Clean Energy and Pro-Mining
Lithium for Car Batteries: A Demand Shock Example
Sustainability Reporting Is Not A Proxy For Progress
Nitrous Oxide, Agriculture, and Climate Change
Will Blockchain Finally Deliver as Promised or Will it Be Just Another Overhyped Technology?
How ATL Airport Parking is Cheaper Than a Taxi Ride
4 Changes FP&A Teams Need to Make Now to Future Proof Forecasting
The Easiest and Simplest Guide to Understand Tax Deducted at Source (TDS)
Bitcoin is Just the Beginning: The Valuable Potential of Blockchain Technology
How to Spot Mistakes in Your Existing Trading Strategy
The G-7’s Reckless Commitment To Mounting Debt
The Social Nature of Government Actions
How to Improve College Completion Rates: The Time Commitment Problem
Some Economics of Preventive Health Care
Some Economics of James Buchanan
The Shrinking Role of European Companies in the Global Economy
Political Economy of the Pandemic Response
Queen Elizabeth II Marks 95th Birthday in Private
Covid-19 and Fake News: Exponential Rise of Conspiracy Theories and How to Prevent Misinformation
UK Budget 2021: Corporate Tax Rise, VAT Cut for Hard Hit Sectors Extended & Income Tax Thresholds Frozen
What If George Washington Lied?
Judges and Ideology
Towards Broad Artificial Intelligence (AI) & The Edge in 2021
Do Math Geeks or Linguists Make for Better Programmers?
How a New Artificial Intelligence Model Mimics the Brain’s Prefrontal Cortex
Pushing Beyond the Bounds of IQ and EQ
How Ohio State University Researchers Use Machine Learning to Repurpose FDA-Approved Drugs
The Digitization of Biotech: Artificial Intelligence Designs a Serotonin Sensor
Science of Learning: Reflecting On Learning Styles
What You Say When You Talk with Your Hands
UFOlogist Zoller Reports that Israel’s Prof. Eshed says Alien Contact has been Made
The Work-From-Home Rebellion, Or Revenge of the Introverts
Elon Musk's Content Marketing Case Study
The Robot Rights Debate: Should Robots be Granted Personhood?
A Developer’s Guide to Quality Assurance: 7 Ways to Improve Software Quality
Building Smarter and Safer Warehouses With Artificial Intelligence & LiFi
Exploring Similarities Between Board Game Strategy And Emails
How IoT, Wearables, AI, Blockchain & RPA are Revolutionizing Supply Chain
7 Google Analytics Alternatives Worth Considering For Your Website
Benefits of Smart Buildings