The Better Way to Mind Our Brains

The Better Way to Mind Our Brains 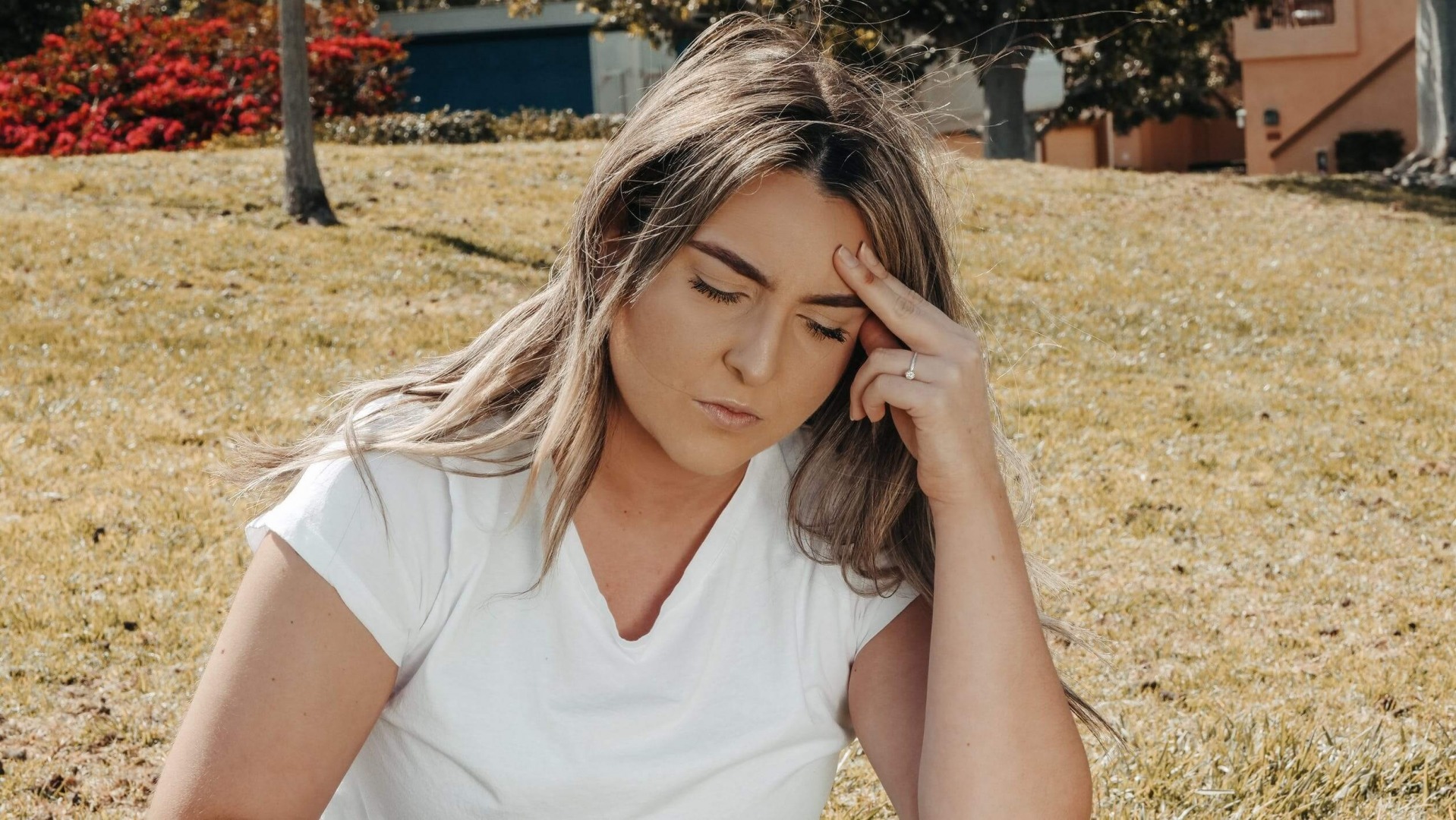 The recent FDA action, and diverse reactions, regarding aducanumab, or Aduhelm, have likely come to your attention.

In brief, despite very questionable evidence and the opposition of its own advisory group, the FDA approved the use of Aduhelm as treatment for patients with Alzheimer’s dementia. Since that controversial first step, the FDA has restricted the intended recipients, and some noteworthy bastions of medical propriety such as the Cleveland Clinic have denounced the action entirely, and declared their opposition to use of the drug.

There are two radically divergent explanations for why the FDA might approve a drug for use despite high cost, potential toxicity, and very limited evidence that it works. Perhaps both are true in part.

The first is the cynical of the two: this is about conflicts of interest, the influence of Big Pharma, and inevitably, profits. A drug to treat Alzheimer’s would fill a vacant niche; there’s been no meaningful advance in this space in nearly 20 years. It would resonate with a large population in need, and at a cost of over $50,000 per recipient per year, would generate a fortune in earnings.

But that same admixture- pent up public demand, lack of other advances, something nearing desperation among the many of us either suffering from or caring for someone with Alzheimer’s- provides an alternative and more generous explanation. The harms of medicine can come in two varieties: commission, and omission. Harm is done both when a treatment of potential benefit is withheld, and when one that lacks benefit and imposes risks is authorized.

In any area where treatments abound and public need is less than urgent, the FDA is duty bound to apply meticulous filters. To guard against inadvertent harms, the statistical underpinnings of biomedical research and practice tend to prioritize safeguards against false positives (i.e., approving a treatment that does not actually work) over false negatives (i.e., withholding a treatment that actually does work). These standards make sense when patient need is not unaddressed, when reasonably safe and effective treatment options exist.

The calculus changes, however, when need is urgent and unmet, and treatment options are absent. This domain is the basis for “expanded access” provisions of FDA regulation, often referred to as “compassionate use.” Drugs and devices may be made available to those in urgent need despite a relative lack of evidence for the simple reason that at times- almost anything offering any hope is better than nothing at all.

In the latter 15 of my roughly 30-year clinical career, I focused on the care of “hard to treat” patients- those very situations where need was urgent, desperation common, and effective remedies few. To help us navigate such fraught terrain, my colleagues and I developed and published a framework called “CARE”- clinical applications of research evidence. We acknowledged, in essence, that the standards of evidence required to justify a given clinical intervention vary with a range of considerations, including the availability of any other treatment apt to be at least as good (or better) and at least as safe (or safer), and the acuity of patient need.

If we are inclined to be generous in our judgments, perhaps the FDA had similar motivations related to Aduhelm.

But whatever the case, there is a vital perspective largely absent from the roiling aducanumab drama. Namely, there is a better way to mind our brains in the first place.

A vast trove of research aligns the risk factors for Alzheimer’s with the risk factors for cardiometabolic disease. Two themes are salient, one suggesting that Alzheimer’s keeps closest company with coronary artery disease, the other suggesting a more intimate connection with insulin resistance and diabetes. Given the close linkages among diabetes, obesity, systemic inflammation, vascular injury, and coronary disease- perhaps those two themes are really just variants of one.

Either way, the conclusion is the same: lifestyle can prevent and forestall dementia, Alzheimer’s and other, much of the time. The evidence derives from a diversity of research, spanning mechanisms, animal models, intervention trials, and observational epidemiology. It extends, as well, to ethnography, the observed fate of whole populations over generations. Despite living longer than the rest of us, the Blue Zones residents generally retain their cognitive as well as their physical vitality. That combination is not coincidental; the foundation for mental vitality is physical vitality. As goes the brain, so goes the mind- and the brain derives its health from the general health of the vascular system, immune system, neuroendocrine system, microbiome, and all the rest- to which it is ineluctably tethered, at the neck.

The formula is as potent as it is familiar: an optimal diet of whole foods, plant predominant; routine physical activity; ample sleep; mitigation of stress; avoidance of toxins; strong social connections. Called by various names, these are the same basic pillars supporting the rightly venerated prowess of lifestyle as medicine.

So, then, there is a third lens through which to view the FDA action on aducanumab: the lens of our own complacency. All too routinely, whether with regard to our bodies, our minds, or the fate of the planet- we passively await the development of desperate times and then scramble for desperate measures. In all such cases, the artful application of those famous ounces of prevention would be far better.

We will still need treatment advances, of course. No matter how proactive or scrupulous we might be, bad things- including dementia- will still happen at times. New therapies are essential for the many of us already contending with this scourge among those we love.

But many fewer of us would be in a position to mind the FDA’s actions so closely if we took matters early into our own hands, did the steady, rewarding job of relying on lifestyle as our primary medicine- and better minded our own bodies and brains.

View all
Why Workplace Injuries Can Happen Even in Offices and How to Reduce the Risks
Roof Maintenance Tips for Businesses: How to Keep Company's Premises Safe
How Working With A Marketing Company Can Improve Your Business
6 Ways to Future-Proof Your Business
Why You Need Product Marketing People To Turbocharge Your Business Growth
The Importance of Data Culture in Digital Transformation
Green Blockchain Plays a Major Part in Fending Off Climate Change
8 Great Ways to Help You Save Energy
How Blockchain Technology is Reinventing The Power Grid
How Blockchain and IoT Collectively Reshape Food Production
4 Ways To Make Sustainability A Part Of Your Everyday Life
Are Mushrooms the Future of Fashion?
Understanding Personal Financial Management: What You Need To Know
Venture Capital: Size and Focus
How To Build a Recession Proof Business
Leveraging Computer Vision To Optimize Property Valuation
4 Ways IoT is Revolutionizing The Finance Industry
Helpful Things You Need To Know About Before Starting A Career In Trading
Some Human Capital Controversies and Meditations
US Unions and Alternative Voices for Labor
Core Inflation Soars, Retail Sales Weaken
Labor Economics: Quiet Quitting, Firing, Mental Health and Productivity
The Slowdown of U.S. Productivity Sector
Work From Home: Disrupting the Unwritten Labor Market
76 Theses on American Patriotism
Why Are More People Becoming Right Wing?
A New Law That May Impact Prince Andrew, Princess Beatrice and Prince Harry
King Charles Meets Northern Ireland's Political Leaders During Historic Visit
The Role Machine Learning in Tracing Historical Events
King Charles III Addressed the Nation for First Time
What Should Hospitals Add To Ensure Maximum Patient Comfort
Learn How To Look Healthy And Fresh No Matter Where You Are
How To Obtain Safe & Secure Equipment For Your Lab
What is the Difference Between Baidu and Tencent in Terms of AI Technology?
Data Science vs Data Analytics: What Are The Similarities & Differences?
Infection Control: What Can Primary Care Staff Do to Prevent C. Diff?
6 Amazing Places You Must Check Out In Turkey
Toward a More Spiritual You
Who Do You Call, And In What Order, After You've Been Injured
Taking a Break: Ways to Relax During Your Business Travels
The Best Careers to Seek as a Music-Lover
Recharge Yourself to Be More Productive
The Main Reasons Why People Choose To Buy An E-Bike
How Robotics Can Make Oil And Gas Production Safer
The Internet of Things is Improving Security Systems for Commercial Buildings
Top Ways Smart Tech Solutions Can Help Businesses Protect Their Databases
3 Ways In Which IoT Reliability Can Be Improved
How Big Data, IoT, Robotics and Modern Tech Are Revolutionizing the Retail Industry

Understanding Personal Financial Management: What You Need To Know
Why Workplace Injuries Can Happen Even in Offices and How to Reduce the Risks
The Main Reasons Why People Choose To Buy An E-Bike
Roof Maintenance Tips for Businesses: How to Keep Company's Premises Safe
6 Amazing Places You Must Check Out In Turkey