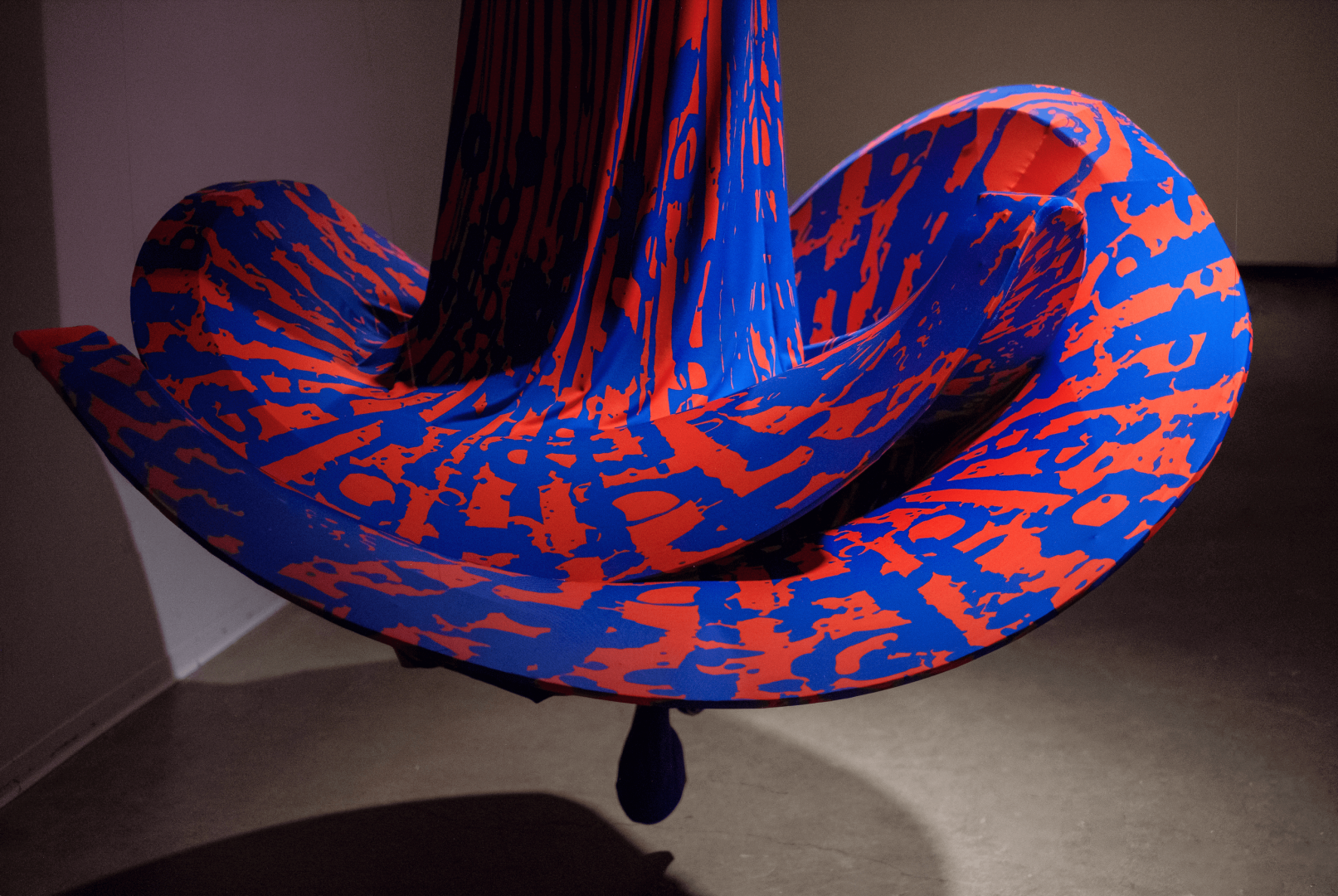 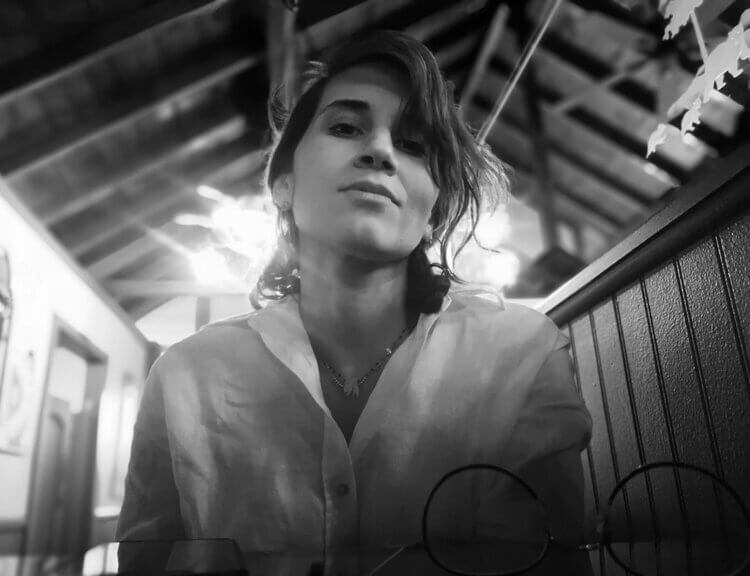 Most importantly, award-winning Ataman, who has exhibited from Istanbul and Korea to New York, Chicago and Los Angeles, is also challenging traditional art, explaining that her kinetic sculptures are innovatively created from fabric, wood and electronics to create art that seems to breathe and come alive when viewed and even experienced. Her “Sympathetic Motion” series focuses on how people are affected by the cultural and natural systems in which they live. And, the term Sympathetic Motion refers to one motion that triggers a second one. Ataman’s art pieces are designed in such a way that the mechanics trigger the first motion and the secondary motion that follows is caused by the form of the sculpture. The term also alludes to the interaction between the viewer and the art piece. 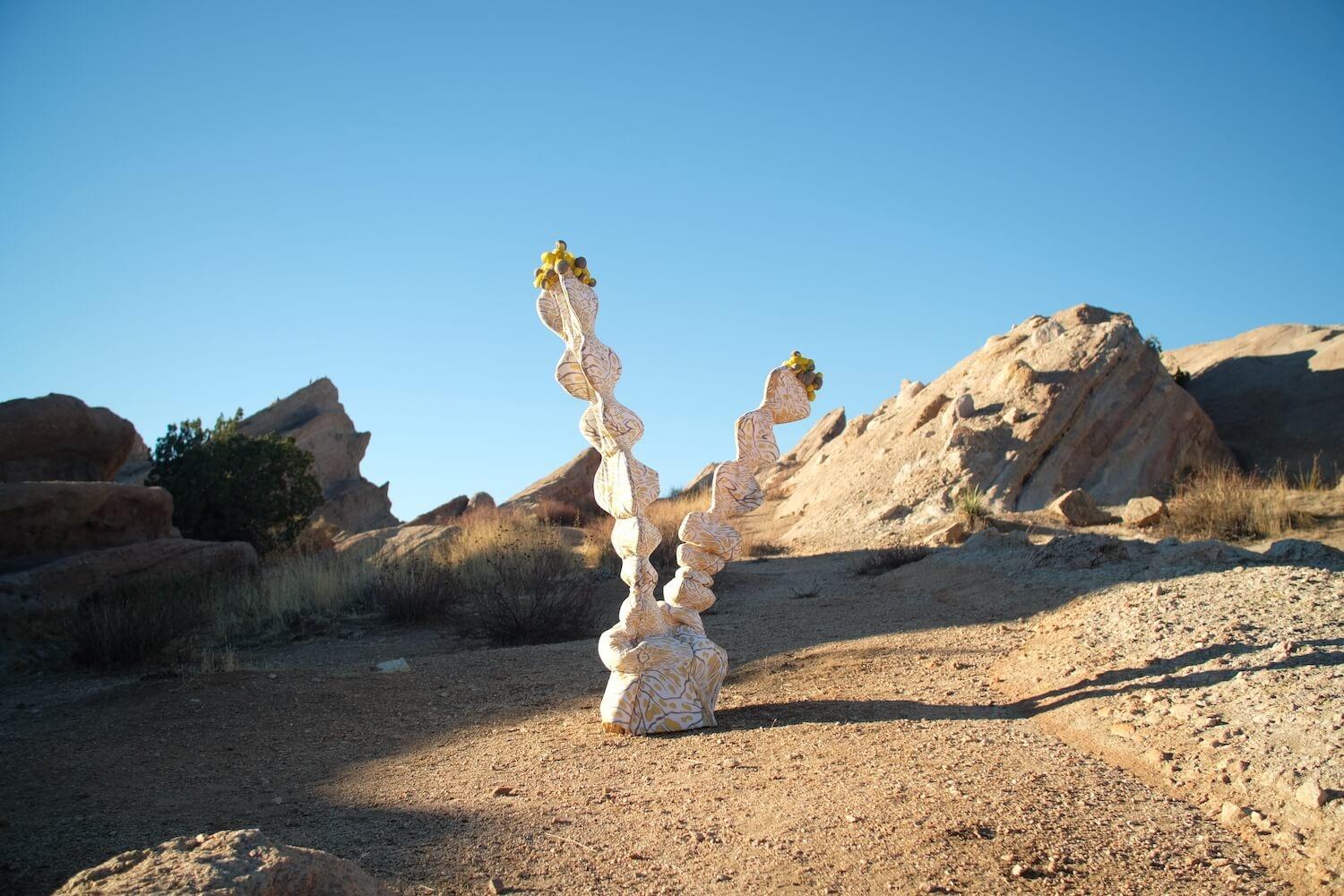 Indeed, Ataman enthuses how Nature has galvanized her since she was growing up in Turkey exploring ancient cities such as Side and Perga, where history, architecture and Nature all met. Of her kinetic sculptures, she explains, “Although the works are reminiscent of animals or shapes found in Nature, they also have strange shapes, colors and movements that render them surreal and foreign.”

In other words, what always inventive Ataman is doing is examining “the reciprocal relationships between systems, their interaction with each other, with us (humans), with Nature, and with non-humans. Every day, we unknowingly interact with societal, cultural, technological, architectural, environmental, and many other systems.” Not only the relationships between systems but also how our own preconceptions, which have been influenced by our cultural backgrounds, affect how we interact with the artwork.

As a result, her art’s distinctiveness has recently seen her awarded a Design Award in the “On the Street” category by the prestigious Los Angeles A+D (Architecture and Design) Museum, a digital and physical community institution for progressive architecture and design exhibitions and programming. 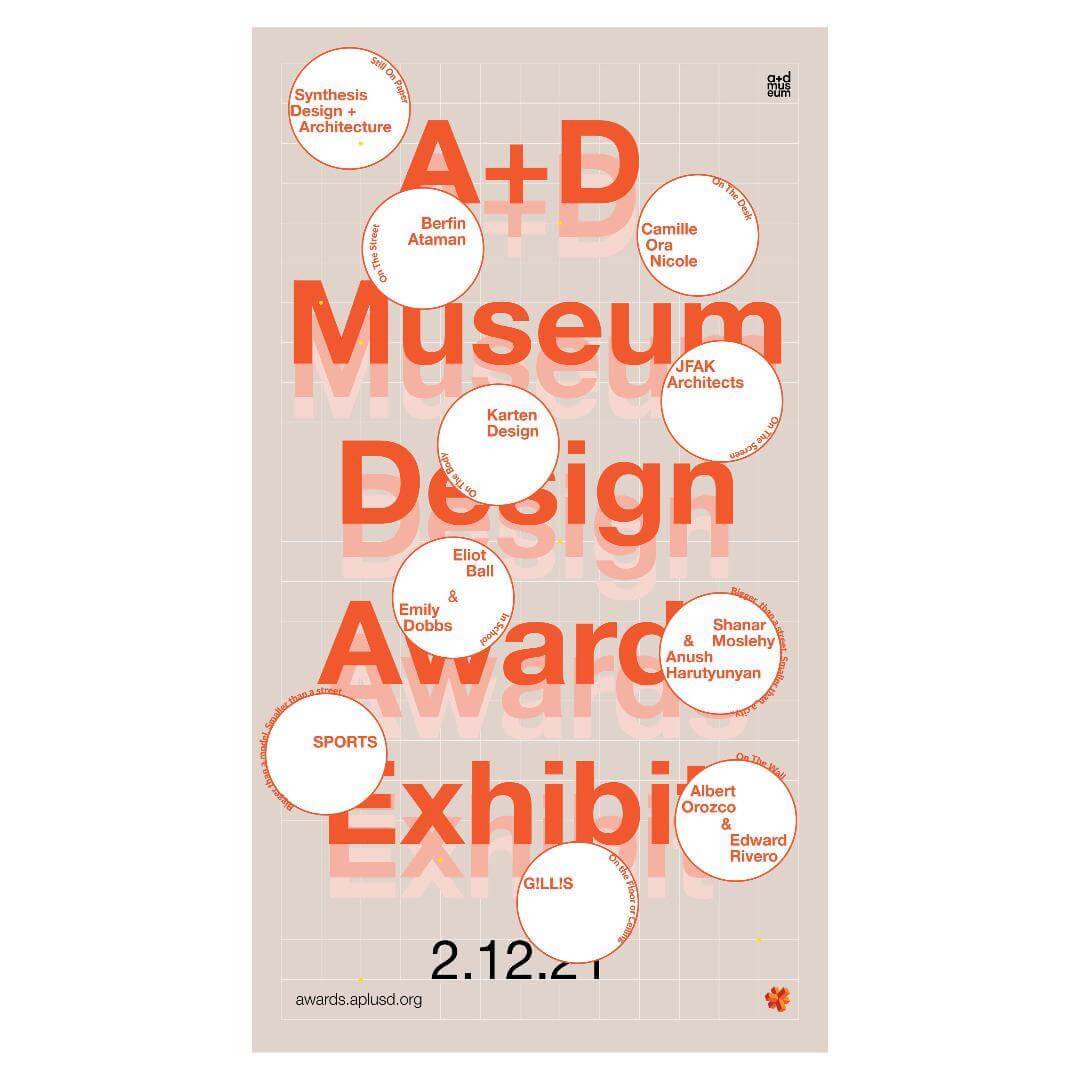 "It is truly original, I love all the layers of effort that contributes to the overall piece and I love the idea that it is an exploration.

It is really about a body of work that continues."—A+D jury commentary

To clarify, Ataman describes how she creates her art: “I make installations and wearables. And, my latest works have been soft kinetic sculptures made out of fabric that move with electronics. I program the microcontrollers and the motors to move in certain ways and I design the fabrics that create the sculptures. In the process, I start with a skeleton, a shape usually out of plastic and wood or other hard materials. I create the outer layer ‘the skin’ from the fabric. And, then the motors and mechanical elements almost act like the muscles that create the movements. This process involves drawing, 2d painting, and illustration for the fabric design, modeling on the computer, 3d printing a lot of the time, woodworking, working with electronics, and designing the mechanical elements.”

As a result, Ataman suggests what makes her art unique: “In total, I would say my artwork is in the middle of many different practices from sculpture, fashion, performance art, installation art, theatre and technology.”

This distinctiveness, which combines art and technology, was developed from her broad range of schooling at distinguished institutions. She worked as a Designer in the film/theater business after studying Stage and Costume Design at USC. She then studied Fashion, Body and Garment at the School of the Art Institute of Chicago (SAIC), where she worked with the architecture and performance art departments. From there, she began finding her own artistic style, learning to work with different materials, resulting in her first pieces being the wearable “Metamorphosis” series that was inspired by theories on play and psychologically why we need to play as humans, notes Ataman.

After opening her own studio, she then attended UCLA’s Design Media Arts department which focused on technology and art: “It changed my art practice a lot. I started working with motors and electronics and newer technologies like 3D printing, CNC milling and I learned to code.” 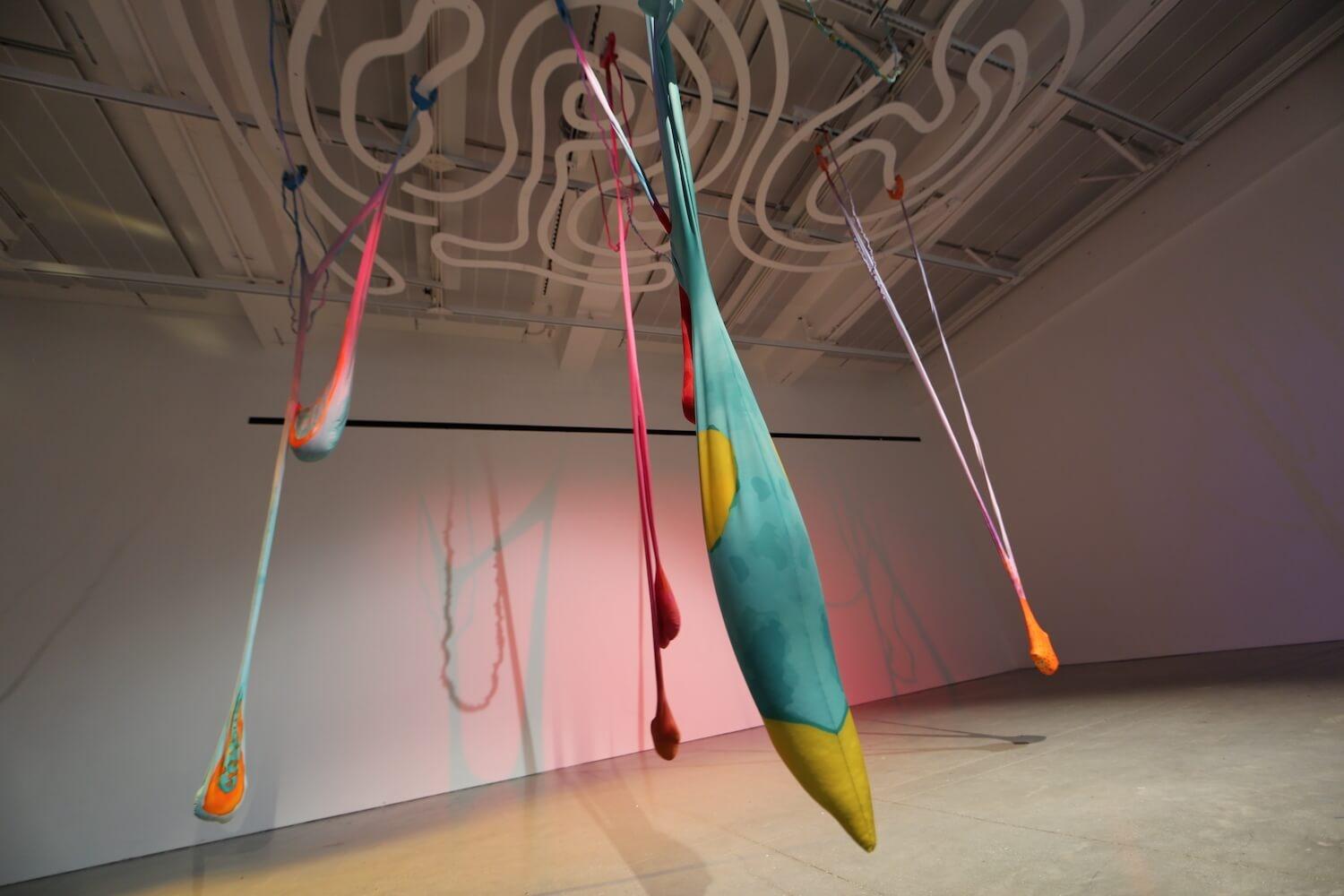 Indeed, she says her Island of Doubt project was in part influenced by cybernetician Gordon Pask’s theory of “Architectural Mutualism” which suggests: “A building is meaningful only with its human environment. By constantly interacting with the occupants of the building, (the architect) serves them on the one hand and controls their behavior on the other. In other words, structures make sense as a component of larger systems containing human parts. The architect deals primarily with these larger systems. This means that there is a relationship of mutual interest between people, structures and societies.”

In Ataman’s Island of Doubt installation, she explains, “When visitors enter the space and walk, they have to change their behavior in the space or disrupt the flow of the system according to the works. They may choose to interrupt the flow of the system by pushing, pulling, or simply holding on to items in their path. The audience's reaction interrupts the relations within the system. Every time the spectator grabs one of the objects, the brain in the system, remembering and reporting where they are or what to do next, is interrupted and confused. As a result, the relationships between existing objects in the system change and evolve.” 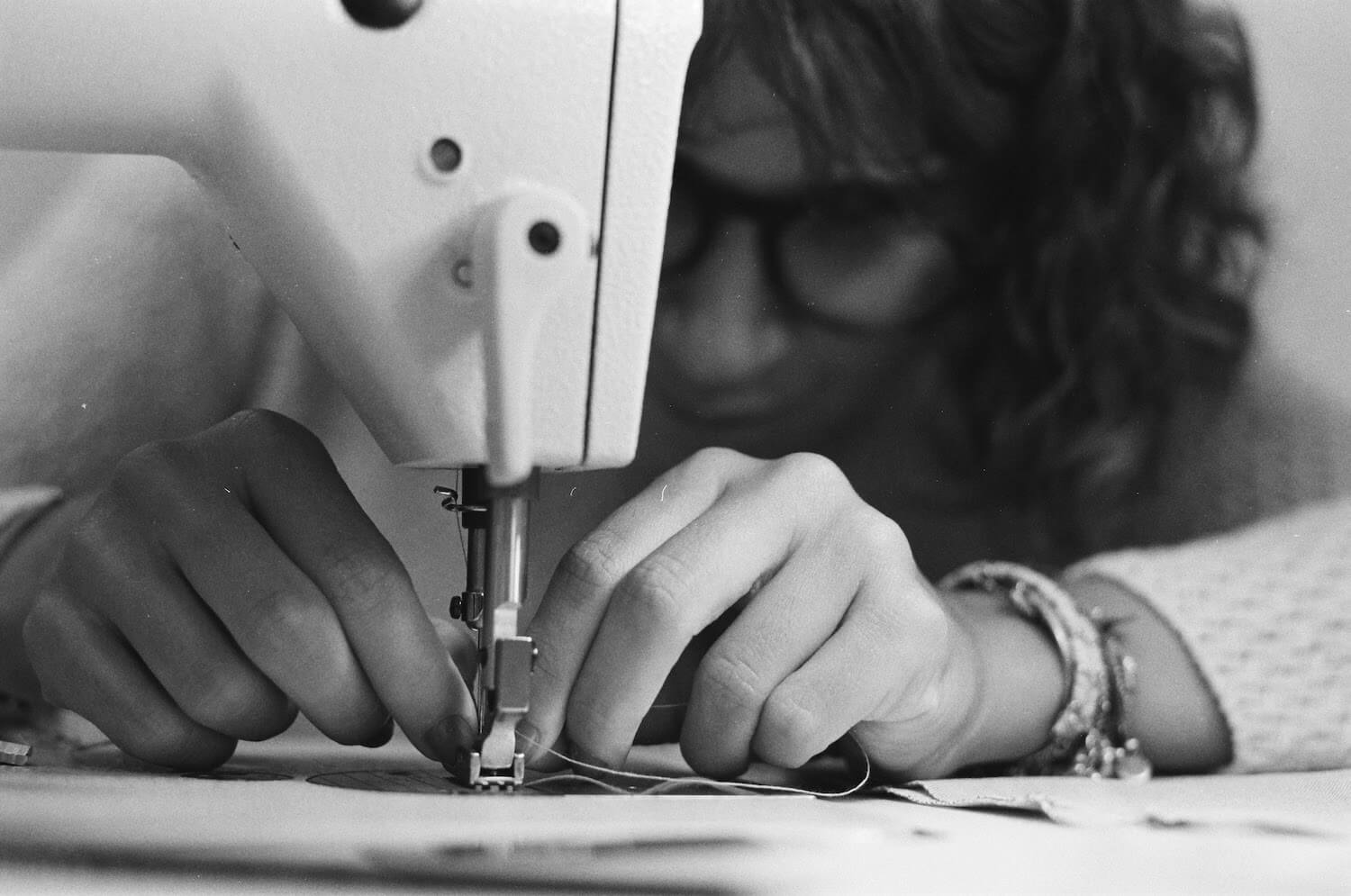 Moreover, Ataman’s overall aim is for people to see her installations in various venues, be they public or private: “I would like to show them in big museums but also in different public and outdoor spaces. It’s important for me that my works are accessible to different people, not just the ones that go to Museums.” She adds enthusiastically about also being open to working for private clients: “I am now creating two custom pieces for a retail company that will be showing in their store when finished. They’ve been wanting to collaborate with an artist for a while. One piece will be quite big I think over nine feet and the other is about six foot, both are hanging pieces, and we’re figuring out the specifics. I am so excited.”

Drop in on Berfin Ataman’s website, check out videos of her awesome art and soft kinetic sculptures on Vimeo, and visit her Instagram page.

View all
10 Elements Your Brand Needs To Stand Out
Work-life Balance Has Six Components
5 Alternatives to Sprinklr for Social Monitoring and Publishing
6 Simple Ways to Boost Your Social Media Marketing ROI
Great Expectations: The Drivers of Change Making 'Data First'​ an IT and Business Imperative
Top 5 Content Marketing Trends For 2022
Greenhouse Gas Levels Hit Record High Amid Covid-19 Pandemic
4 Things Your ESG Website Needs to Be Successful
5 Ways You Can Help Protect the Planet
Will 5G Promote Climate Change or Harm Our Planet? 5G is Empowering AI, IoT, Blockchain and Decarbonization
Are Robots Better at Protecting the Environment?
The World Meteorological Organization (WMO) Warns That 5 Billion Persons Could Struggle to Access Water In 2050
Nigeria Launches Digital Currency eNaira: A Step Forward to Promote Transparency and Financial Inclusion
The Future of Cryptocurrencies
China Will Not Be Able To Offset Its Property Bubble Easily
Why the ‘Power of One’ is the Best Tool to Fix Cash Flow in Your Business
6 Important Financial Tips For Freelancers
How Artificial Intelligence Reduces Fraud in Corporate Accounting
Was Vaccine Development an Example of Successful “Industrial Policy”?
Some Economics of Sawdust
Interview with Rucker Johnson: Supporting Children
The Benefits of Slaughtering Special Interests in the 1850s
What Does the Future Hold for Lebanon's Economy?
From Offshoring to Nearshoring?
National Living Wage Increases From £8.91 to £9.50 an Hour on April 1st 2022
Spain is Set To Offer Young Adults €250 To Rent A House
Will Democrats Feel The Effects of Biden’s Middle Eastern Issues in the 2022 Midterm Elections?
Could Kamala Harris Win The US Presidential Election If She Ran Instead of Joe Biden?
What's Wrong With the EU? Brexit, Vaccine Rollout & Bureaucracy
How Long Can Vladimir Putin Stay in Power?
The Journey of Artificial Intelligence and Machine Learning
Is it True that the USA Has Already Lost the Artificial Intelligence Battle with China?
Benefits and Risks of IoT in The Healthcare Sector
Why The Metaverse Concept Is Brilliant And Ridiculous At The Same Time?
Powers of Ten Day: Understanding Exponents
How Blockchain Guarantees The Safety Of Drugs In Your Pharma Operations
Cynefin and the Art of Failing Forward
The Essential Guide to Starting a Craft Brewery
Closing Day: A Complete Guide to a Complicated Day
Important Safety Tips To Remember While Driving Your Car
What Does It Take to Become a Sneaker Reseller?
How to Get Total Clarity on the Identity of your Core Customer
Latest Technology in Chemical Formulations that Provide Environmentally Sound Chemical Alternatives
Why is Apple So Successful? Apple's Machine Learning Strategy & Self Driving Car Project
Did You Just Say That Chatbots Can Understand Emotions?
The Four-Step Framework to Testing your IoT Solutions
Internet of Things Risks and How to Mitigate Them
Advantages Of High-Quality Perimeter Security Systems

Nigeria Launches Digital Currency eNaira: A Step Forward to Promote Transparency and Financial Inclusion
National Living Wage Increases From £8.91 to £9.50 an Hour on April 1st 2022
Cynefin and the Art of Failing Forward
The Future of Cryptocurrencies
The Essential Guide to Starting a Craft Brewery