Virtual Reality in The Sports Industry

Virtual Reality in The Sports Industry 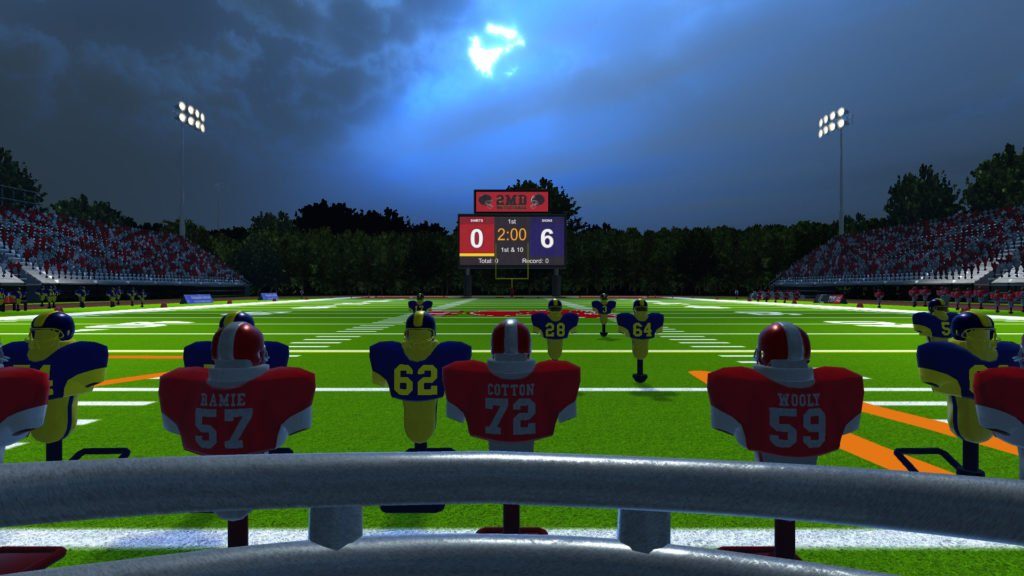 A kicker for one of the top NFL teams peers down at the football sitting on the ground in front of him, looks over each of his shoulders and sees a player from the other team coming up behind him.

He motions to the tight end across the field to cover the other player, and then he grabs the ball and starts running toward the goalposts.

It might seem like a traditional practice session on a field, but it’s not. Instead, this practice is taking place in a glass box and the player is wearing a headset. This is virtual reality practice, and it’s becoming the new norm in sports. 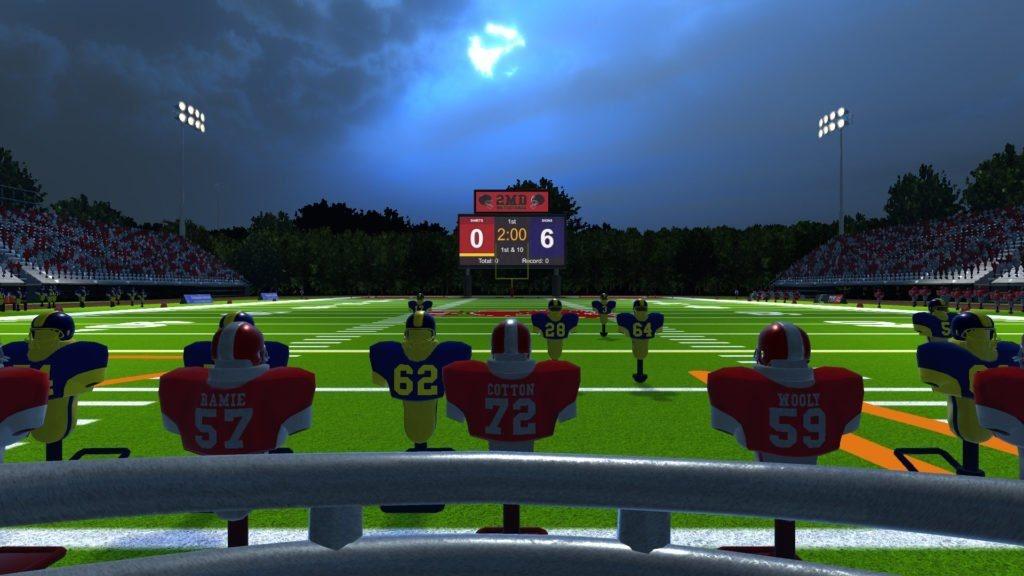 Virtual reality isn’t new, but what is new is how it’s becoming more commonplace and how it is changing the shape of the sporting world. It’s totally transforming how coaches coach and players practice. It’s also changing how fans experience their favorite sporting events. Thanks to virtual reality, teams are able to get even more out of their practice sessions, and fans are able to take their experiences with their favorite games to a whole new level. Virtual reality is making sports even more immersive in virtually every field possible, from recruiting and training players to viewing and interacting with the events.

When most people picture virtual reality, they envision a video game-like experience; however, there’s much more to it than that. While yes, virtual reality is certainly likened to a video game, it also allows those who are engaged with it to experience realistic moments as if they were actually happening. When a baseball player puts on a headset, he is suddenly standing on home plate with a bat in his hand, looking at a ball being pitched to him at nearly 100 miles per hour. Not only does he get to see the ball flying towards him, but he also gets to swing the bat, hit the ball, run to all of the bases, and slide into home. 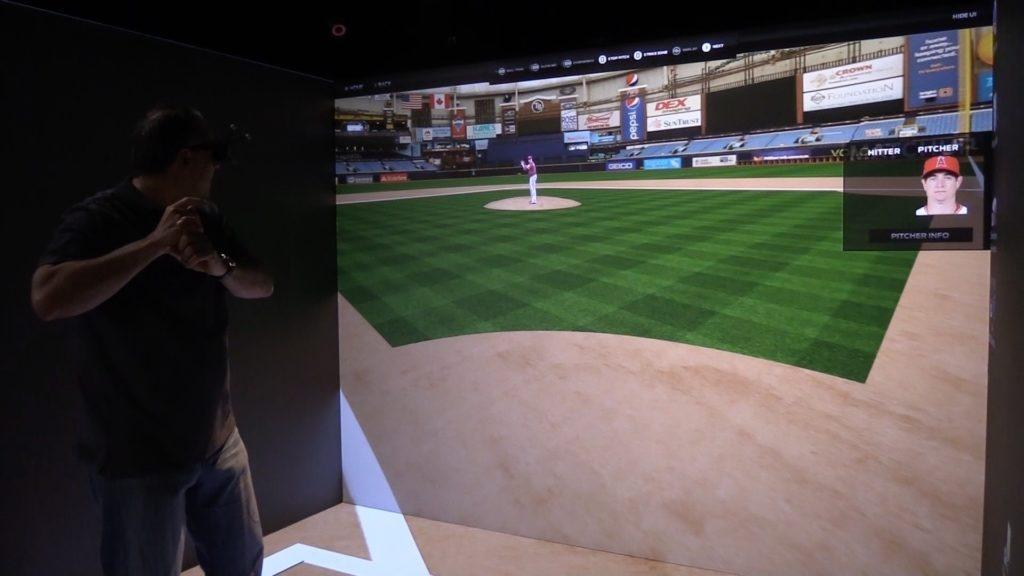 Virtual reality has advanced so far that it literally makes those who interact with it feel as if they are transformed to the setting they are viewing within their headsets. It allows the mind to feel as if it is in a real situation and not one that has been created by technology. This is exactly why there have been so many sports are incorporating virtual reality into their training; it gives athletes a way to experience practice as if they were dribbling a ball down a court, running toward the goal posts on a field, or stealing a puck on the rink. Virtual reality has the ability to further enhance the skills and abilities of athletes.

You see, a player gets more out of practice when they feel as if all of their senses have completely emerged in the experience; as if they are really experiencing conditions as they would occur in real life. Not only does virtual reality allow athletes to boost their strength and endurance, but it also gives them the opportunity to increase their knowledge of the sport and the mental skills that are needed to truly excel at it.

Just imagine how much a hockey player who can practice hitting the puck into the net over and over again while a virtual representation of a goalie from the opposing team is trying to block it? The hockey player not only has the ability to analyze and improve his methods, but he can also analyze the potential moves the opposing goalie may make. In other words, he can improve his physical performance as well as his mental performance, making him a better athlete overall.

To sum it up, when athletes use virtual reality to practice, they can simulate the entire experience and can really prepare themselves for the game. They’ll know what to expect, how to react, and how to move, which translates to better performances on the whole.

Virtual reality isn’t only for athletes; fans can also take advantage of this technology and really up their enjoyment. When a fan puts on a headset, he feels as if he is really at the event, even though he may be standing in his living room.

The implementation of cameras that offer a 360 degree view fully immerses fans into their favorite games. In fact, virtual reality can offer an even more immersive experience than physically attending an event would allow. How? – Because they have the opportunity to feel as if they are standing right there, on the sidelines, next to their favorite players; something that can only be done if your budget allows you to have such an experience in real life. 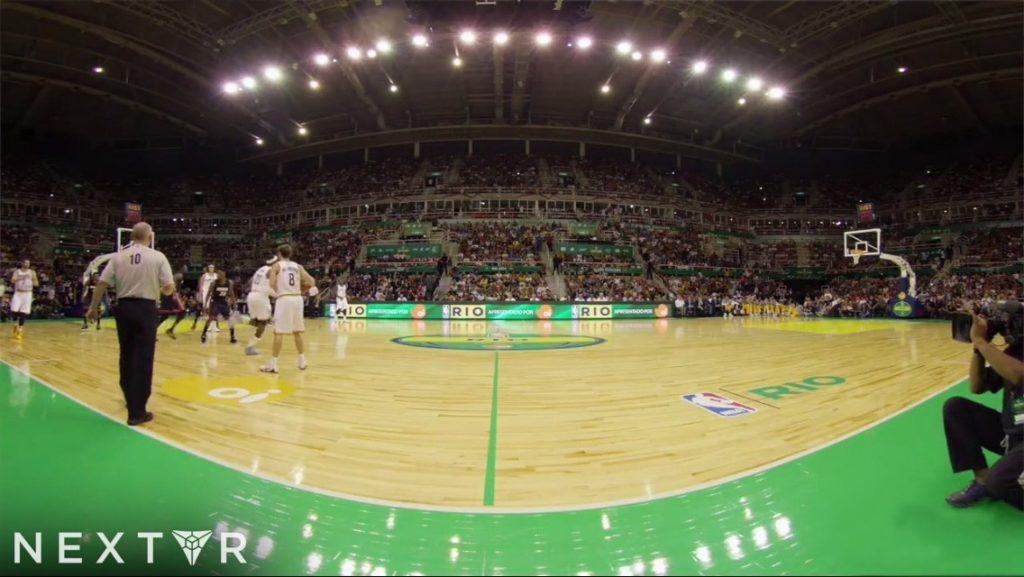 Image courtesy of Next VR

How can sports fans take advantage of this totally immersive experience? Generally, all they need is a virtual reality head set and access to a virtual reality sporting app. With these two simple and easy to acquire components, fans can feel as if they are standing inside the stadium and watching the action of their favorite sporting event as it unfolds. Imagine being able to watch the World Cup from your couch? Thanks to virtual reality, it is easier and much more economical for fans to experience their favorite sporting events.

Is Virtual Reality the Wave of the Future in Sports?

With all of the advances in technology and given the major benefits that virtual reality can offer athletes and fans, it’s safe to say that virtual reality is definitely the wave of the future; in fact, that wave is already here, and it is certain to grow even bigger moving forward.

Virtual reality technology is constantly progressing. While what this technology can offer at the present time is certainly impressive, it stands to reason that the experiences offered by virtual reality will become even more astounding in the future. Just imagine what it will be like 10 years down the line?

Thanks to virtual reality, sports have reached a whole new level – and will continue to reach new levels as time goes on.