At first, busy LA-based visual artist Cheng Guo fell in love with the world of animation when pop culture from Japan including anime programs saturated his family’s local TV station in China.

Cheng shyly admits, “Anime initially inspired me, and it was the only entertainment for us because back then desktop computers were a luxury for an ordinary family like ours.”

However, now LA-based Cheng, who has directed and animated his own super cool and award-winning short film, Kung Fu Express, has also been inspired by video games that he’s played, enthusing:

“Many games have inspired me. For example, I used to play World of Warcraft (multiplayer online role-playing game) when I was an undergraduate student. As a WOW player, I was attracted right away by the archaeology quests. The story behind the props and the feel that tracing each clue was an unforgettable experience. I believe all the fantastic visuals and online journeys motivated my career as a visual development artist because people like me research any material where we have to design the character or props for the animation.” 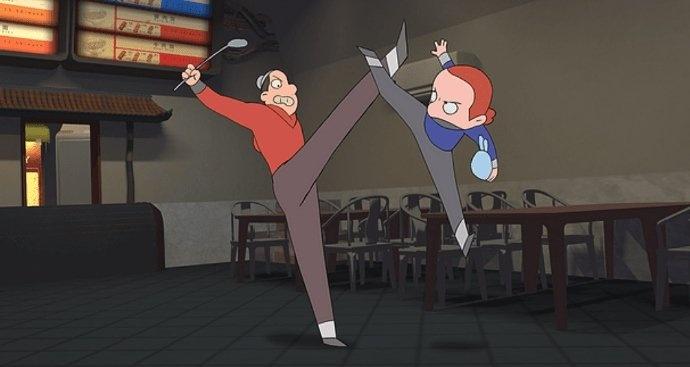 Moreover, Cheng has also created motion graphics for the Getty Unshuttered Live at the Getty Center, and worked at Penta Studio as a character designer for the animation series Lu’s Time for season 1 and 2. And, he’s most recently been working for the giant Warner Animation Group as a visual development artist, explaining, “I’ve been working on several awesome featured animations, remarkable IPs owned by Warner Brothers. I’ve designed color-key, environment and concept for the development team. My knowledge in both 3D and 2D animation allows me to be an ideal person to create the animated video clips for the green light presentation.”

“Animation has really changed a lot, especially in 2D and 3D animation production because of the evolution of technology and software. Today, there are more software options that are more user friendly to the user. For example, Toon Boom's software is used by industry leading 2D animation studios and freelancers to create award winning feature films and TV series. The smooth user experience of the brush saved the time in transferring sketches from paper to the computer. 3D animation software has also progressed a lot. In general company film production, the popular choice of software for 3D animation is always MAYA. Unquestionably, MAYA still occupies the dominant position in the animation production but the complex user panel and educational difficulty has inspired the success of other software which is more user friendly. For example, Blender is an open-source 3D creation suite. And it’s totally free—you don’t need to pay 3000 bucks to get a license—and its function is very strong. One of its great assets is real-time rendering. This function allows the artist to directly check the render result at the view port. The same process in Maya normally takes several minutes or even much longer. So, Blender is big time saver.”

Meanwhile, to get to his present position he learned the basics of animation, and how to develop a professional attitude at the University of Shanghai. That experience propelled him to then study at the University of California where he adds, “Studying at USC is like sailing on the sea. Faculties give us a lot of freedom to explore but always guide us to avoid mistakes.”

As a result, his animation explorations have led him to work on various cool projects, including: the independent game Onwards, where he worked as a 2D Animator and character designer for the team, a small group of many talented game developers from both China and the United States; Go! Go! an animation short directed by Cheng’s friend Dodoo and for whom Cheng worked on background designs; and, Robot Vacuum’s Escape, a story about an A.I. vacuum leading a revolution with other smart electrical units and escape from an evil human’s “jail.” 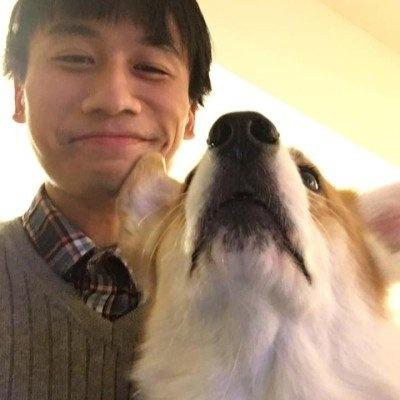 Consequently, Cheng keeps a close eye on developing technologies that are revolutionizing the world of animation. For example, when he visited VR World, an exhibition on AR/VR and Spatial Computing, he got to test the Oculus headset, a virtual reality headset brand. He enthuses:

“Using the Oculus headset to create art was truly amazing. I feel that VR is the future of the Digital art. Currently, we use 3D software but all our creations are limited in small frames. The advantage that painting in the VR world is the unlimited boundary we can reach and the painter’s viewpoint unlike the traditional painting on canvas. Artists can land their brush stroke on the XYZ axis—a three-dimensional structure—instead of a two-dimensional canvas. It also allows the artist to paint on the microscopic level of detail. During the pre-production process of a feature film, the concept artist is the key position who provides the initial view of the film. So, I believe this technology can bring immersive concept reference to the film production team by delivering the full rendered 3D animation.”

In the meantime, Cheng is stoked about working in the ever-widening animation world. And he even touts the benefits of animation Studios having been forced to remotely use talent during the Pandemic, explaining: “Working remotely allows the Studio to consider the talents from all over the world. The Studio can now hire more foreign artists who have unique backgrounds, different cultures, and exciting new thoughts and ideas. This means more options to choose from.”

As Cheng says, Bring it on!

For more fun, drop in to check out the award-winning work at Cheng Guo’s website, and visit the artist on Vimeo and Instagram.