Visual Display Manufacturers like SWI Keep Stepping Up Our TV Viewing Experience, for Game of Thrones to Peaky Blinders, even in Our Spas

Visual Display Manufacturers like SWI Keep Stepping Up Our TV Viewing Experience, for Game of Thrones to Peaky Blinders, even in Our Spas 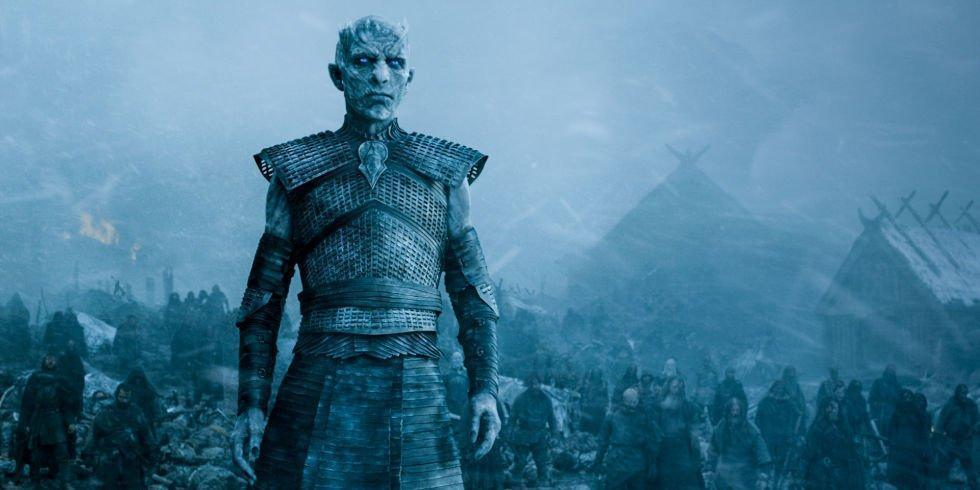 “It was a personal epiphany. A few years ago, I was staying in a Ritz Carlton hotel and accidentally found a red LED lighting spot on the mirror over the washbasin. I touched it, then a TV program magically showed up on the mirror. I discovered it was a waterproof mirror TV. After that, I consciously checked what televisions they used in hotel bathrooms I was visiting. I soon found that luxury, new or refreshed hotels were increasingly using mirror TV’s or waterproof TV’s in their bathrooms. Some installed the mirror TV’s over the washbasin, some installed the waterproof TV’s (non-mirror) near the bathtub. I realized that the waterproof TV would be a growing trend for the bathroom, including at home, in wet or humid environments — bathroom, kitchen, pool area and even a spa, And you could continue watching your daily news or blockbuster entertainment programs!” — Luke Liu, co-founder of visual display manufacturer, SWI/ShineWorld Innovations.

We’ve surely come a long, long way from our grandparents owning their first television set. In 1946, it was estimated there were about 6,000 televisions in America. But, boosted by a booming post-war economy and accelerating innovation, about 50% of American homes had a TV set by the mid-‘50s. The early color RCA sets were designed as furniture and became the new hearth of our homes, where people congregated around. 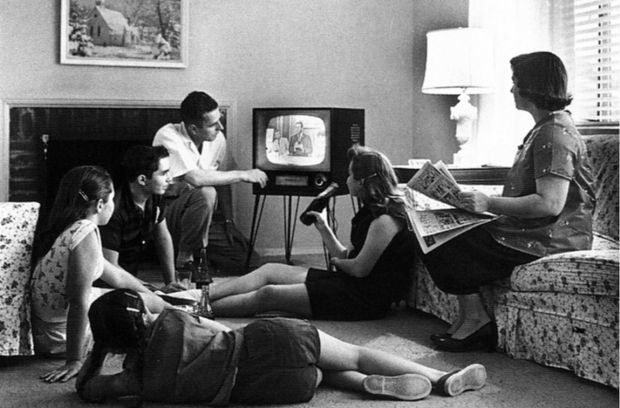 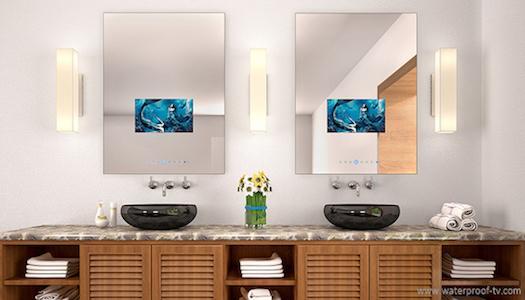 Rapid technology advances soon brought us colour TV sets, then a supersizing of sets with HD and plasma screens demanded the need for dedicated media rooms. I remember being invited to the home of celebrated TV producer Glen A. Larson (The Six Million Dollar Man, Battlestar Galactica, Magnum, P.I., and Knight Rider) in Beverly Hills, and watching a private viewing on the most massive TV screen, while seated in comfy swivel chairs, with plenty of scotch. His luxurious home also had elevators and a bowling alley, to boot!

Now, almost 70 years on from TV’s humble beginnings, TV households worldwide are estimated at close to 2 billion. And, we consumers are getting a plethora of content to watch from both traditional linear and, increasingly, from non-linear services, including: Game of Thrones, Stranger Things, The Big Bang Theory, along with Peaky Blinders and Black Mirror, just for appetizers.

Ironically, while TV sets moved further away from those “furniture” themed products, now decades on, some design-forward thinkers are setting their eyes on television units, beyond just the massive wall units. For instance, Architectural Digest reviewed the Serif TV, calling it “uber-chic TV” and “a hybrid of furniture design and technology.”

And, ever since SWI’s Luke Liu observed those initial television screens embedded in luxury hotel mirrors, this Chinese entrepreneur has been customizing visual “display solutions” for customers worldwide, including America, continental Europe and now also in the UK, via Amazon. 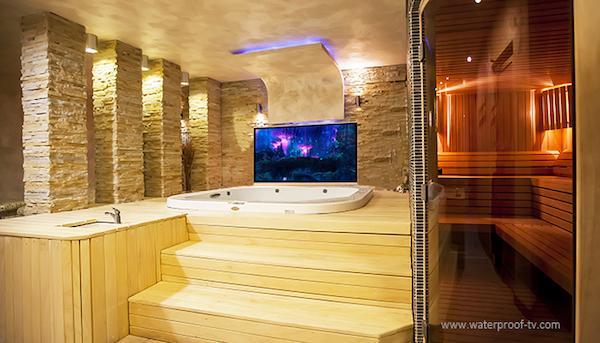 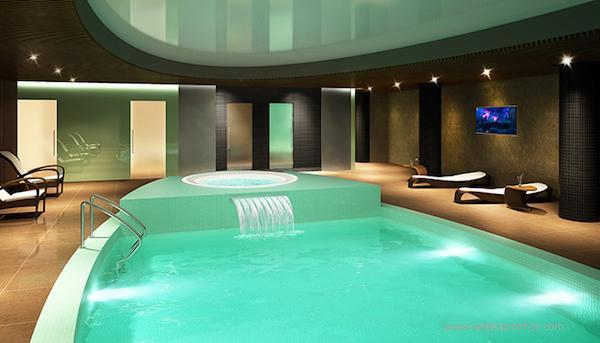 It’s fascinating that Liu, who grew up in a small village with no television sets, now owns two factories that have been in the manufacturing business since 2003, and are now producing next-gen display technology like OLED which is increasingly being incorporated into television displays, offering even better image quality. SWI’s OLED products are also being applied to a wide range of industries including portable devices, financial devices, energy meter equipment, check-in machines, fiscal processors, wearable devices/body cams, and intelligent home solutions.

Dream it and sure enough, it is being created.

Liu’s own story is an inspiring reflection of the rising group of entrepreneurs in China — young people born outside a big metropolis in small villages, with few advantages except for a relentless ambition to overcome their challenging lives and finding a job in the big city. As he explains:

“Our SWI corporate theme is ‘Imagine the Future. Create it Now.’ And, it is a far cry from my childhood, when the only dream of my friends and I was having meal to eat and maybe getting new clothes in the Chinese New Year. Longer term, my goal was to ‘fly’ out of our poor village to get a job. So I studied hard and finally opened the door to the Hefei University of Technology.”

After he graduated with a degree in electronics, he got his fantasy job in the big city, working for Foxconn in Shenzhen, and then Liteon and Dupont after that. Driven to succeed, he managed to work on projects for a variety of leading high tech companies including IBM, Dell, HP, Panasonic, and Sony. 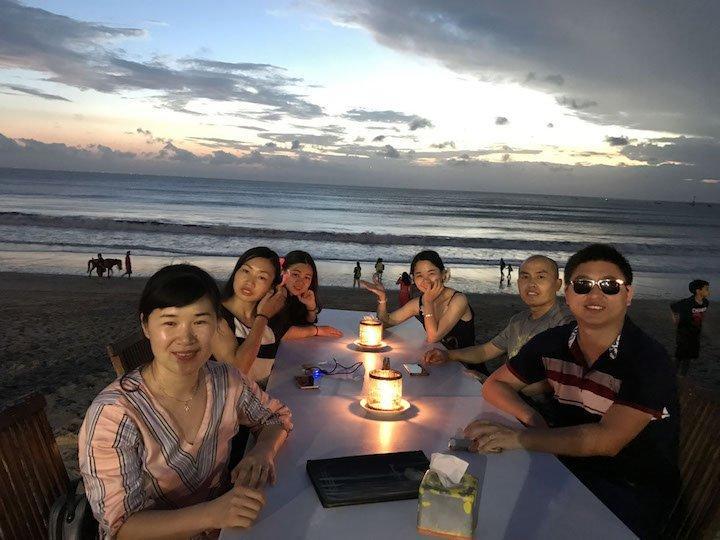 Liu’s story, which captures the indomitable spirit of the new Chinese entrepreneur, adds:

“After 10 years of working with multinational companies, I and my American partner Norman Clark Shicker, who had studied the Chinese market and business for 30 years, along with Vivian Yang, a talented businesswoman and fellow shareholder, imagined our own entrepreneurial dream. In 2009 we founded Shineworld Innovations (SWI) in Dongguan, and made our dream become real.”

Here’s to these cutting edge manufacturers who have developed our television sets from starting as furniture to becoming vanishing mirror and waterproof televisions. What will they think of next? And, more importantly, on what visual display will we be watching the final season of Game of Thrones? 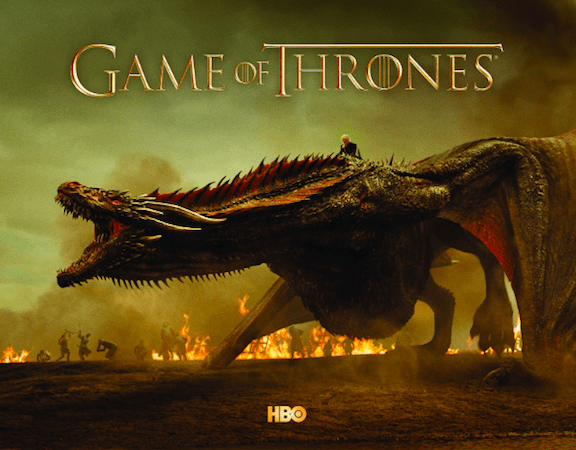