What Happens When We Lose Touch

What Happens When We Lose Touch 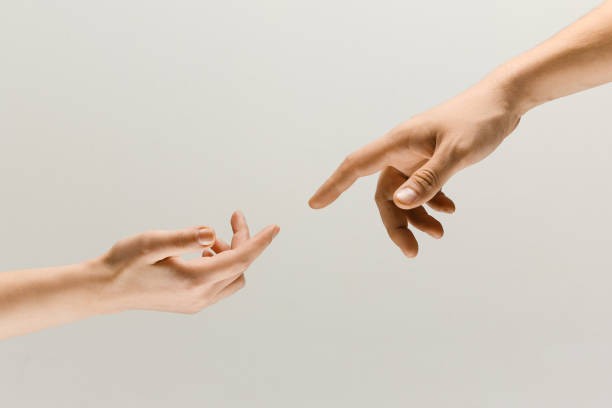 If you found a coin, would you give it to a person who approached you and said it was theirs?

Would it make any difference if the person approaching you touched your arm when they made their request?

Well, for most people, the answers are no . . . and yes! Only 23 percent of the unsuspecting subjects set up in this experiment by researchers at the University of Minnesota admitted they had found the money when asked. But, if the researcher touched the elbow of the subject when inquiring about the coin, the percentage of those admitting possession rose to 68 percent—and they often looked embarrassed, with explanations like “I was just looking around to see who lost the money.”

We are programmed to feel closer to someone who’s touched us. The person who touches also feels more connected. It’s a powerful force and even momentary touching can create a human bond. A touch on the forearm that lasts a mere 1/40th of a second can make the receiver not only feel better but also see the giver as being kinder and warmer. The person who’s been touched also perceives the environment as being friendlier.

The right kind of touch at the right time can even make you money. Research by the Cornell University School of Hotel Administration concludes that being touched by servers increases the tips that customers leave. At two informal restaurants, waitresses had assigned to them customers who were randomly divided into three categories. Some customers were not touched at all, others were touched once on the shoulder for about one and a half seconds, and the rest were touched twice on the palm of the hand for about half a second each. All touches were casually given as the waitress returned change to their customers at the end of the meal. In all cases, eye contact was avoided.

The results at both restaurants were significant. Customers who weren’t touched left an average tip of 12%. Tips increased to 14% from those who were touched on the shoulder, and to 17% from those touched twice on the hand.

But it isn’t only in restaurants that customers respond favorably to touch. In many commercial settings, casually touching customers has been shown to increase the time they spend in a store, the amounts they purchase, and the favorable evaluation of their shopping experience in that store. It was observed that supermarket customers who had been touched were more likely to taste and purchase food samples than non-touched customers. Touch has also been found to increase the number of people who volunteered to score papers and sign petitions.

And, after reviewing broadcasts of games from the 2008-09 season, researchers at the University of California, Berkeley, concluded that good teams tend to be much more hands-on than bad ones. In the study, titled "Tactile Communication, Cooperation and Performance: An Ethological Study of the NBA," it was found that teams whose players touched the most often (slaps, hugs, taps or bumps) were more cooperative, played better and won more games.

It's a different story in the workplace -- at least for some cultures. In Anglo Saxon cultures (especially the United States, Australia, and the United Kingdom) touching work colleagues is far less common than in some other parts of the world. Marc, my colleague in London said, "Brits hardly ever touch business colleagues. Sometimes they might tap the table with a pen close to the person they are connecting with, but bodily contact is avoided." Jenifer, a professional communicator from Sydney told me, "Australians would flinch or stiffen at a touch from a business colleague. Most male executives would be concerned about legal implications of touching a female in the workplace."

Contrast that with an experience I had years ago when I was booked to speak at a conference in Venezuela. The meeting planner, whom I knew solely through email correspondence and telephone conversations, met me at the Caracas airport. He greeted me with a soft lingering handshake, and then a hug and a kiss on the cheek. As we walked toward the waiting car and driver, he put his hand on my shoulder. He sat close to me in the back seat of the car, and, as we discussed the upcoming program, he often touched my arm or hand.

If you had been there, how would you have evaluated all that contact?

The “right” answer, of course, varies depending on which cultural standards you use when judging, and what those standards reflect about touching and being touched.

The cultural differences in touch frequency showed up in a study where conversations in outdoor cafes (in Florida, London and San Juan, Puerto Rico) were observed and the number of times people gave or received casual touches was counted. A total of 189 touches per hour were recorded in San Juan, and two per hour in Florida. And in London during that same hour? None.

If touch in the workplace is rare (and now that we have communicable diseases to consider, touch has become an even rarer occurrence) that doesn't mean it isn't still powerful: Bill is the head of Marketing for a telecommunications company – and a natural “toucher.” As such, he utilizes an interesting and effective communication technique. When he speaks, he touches the listener (most always on the forearm) to add emphasis to key parts of his statements. Touching ensures that, for a moment, he has someone’s full attention. Because touch is used most often when we believe strongly in something (a liar will rarely touch the one he is talking to), Bill’s touching also subconsciously enhances his credibility.

I thought of him when I was coaching Suzanne. Suzanne was the leader of an Information Technology department – a brilliant “techie”, struggling to develop better interpersonal communication skills. After watching Suzanne in one-on-one conversations with various business managers (and seeing the dismissive way most of the managers treated her) I was wondering how to help her command their attention. And then I saw it. In one conversation, Suzanne was so intent on what she was saying that she leaned forward and touched her colleague’s arm. And what a difference that single touch made. The manager looked up at Suzanne as if seeing her for the first time. And, more importantly, he began to really listen to what she was saying.

Of course I'm not advocating groping or other inappropriate physical contact -- and some people simply don't like being touched in any way. But it does seem to me that in our reluctance to touch, we may have lost a potent way to connect with others. Sometimes the simple act of touching to show support, encouragement, agreement, sympathy, interest or gratitude adds the personal warmth to our business communication that is otherwise lacking.