Why the Best Leaders Don’t Care About Tenure

Why the Best Leaders Don’t Care About Tenure 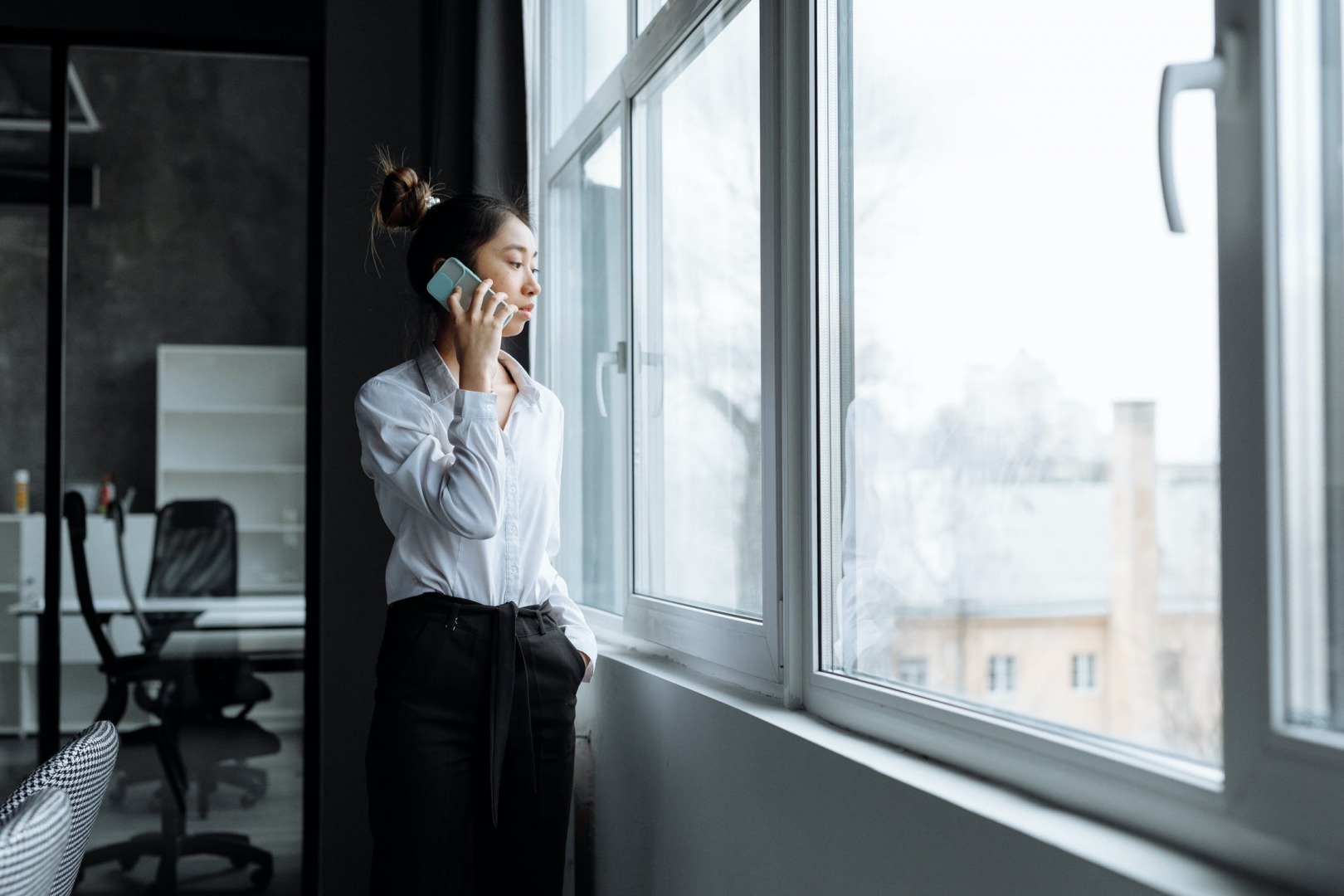 Just imagine you are sitting in a boardroom, and it's time to introduce yourself to another organization.

It would be tempting to begin your professional introduction with "I have been at the company for 15 years." But just because it's tempting doesn't mean you should do it.

Thanks to nearly every job application and HR hiring manager globally, most professionals have been brainwashed to believe that their tenure is essential for opportunity and respect. In 1995, that would have been true. However, in today's market, the best leaders don't care about tenure; they care about growth and progress.

The best leaders don't care about tenure, they care about growth and progress.

Now before we go any further, this isn't a green light to go job-hopping for the sake of changing companies. It's quite the opposite because tenure by itself isn't bad.

The reality of tenure is security, comfort, familiarity. It serves us with pay increases, job promotions, and decision-making authority. It also can create a sense of belonging, community, and identity.

But there is also a dark side to tenure. When it becomes the sole goal, it leads to a slow downward spiral. It shifts us from growth to neutral. Tenure is a beautiful outcome but an ugly path to complacency.

When tenure becomes the sole goal, it leads to a slow downward spiral.

Employee tenure is defined as the length of time someone has been in their current job or with their employer. According to the Bureau of Labor Statistics (BLS), the average tenure for employees is 4.1 years. However, there are also many advantages and disadvantages, according to Indeed.

Little by little, tenure tends to erode our hunger, drive, and engagement if we aren't careful. In the last few years, it turns out that we were in a little bit of a complacency bubble. Research completed by an Achievers survey in 2019 found 70.1% of employees did not consider themselves "very engaged," but only 34% of those professionals had a plan to look for a different job. While I hesitate to use any research done before the pandemic, it was clear employees weren't engaged, yet they were comfortable staying where they were.

Complacency is defined as feeling so satisfied with your abilities or situation that you do not need to try harder. No one, leaders included, is immune to feeling comfortable.

As you can see in the image below, our commitment will constantly be tested as time continues. 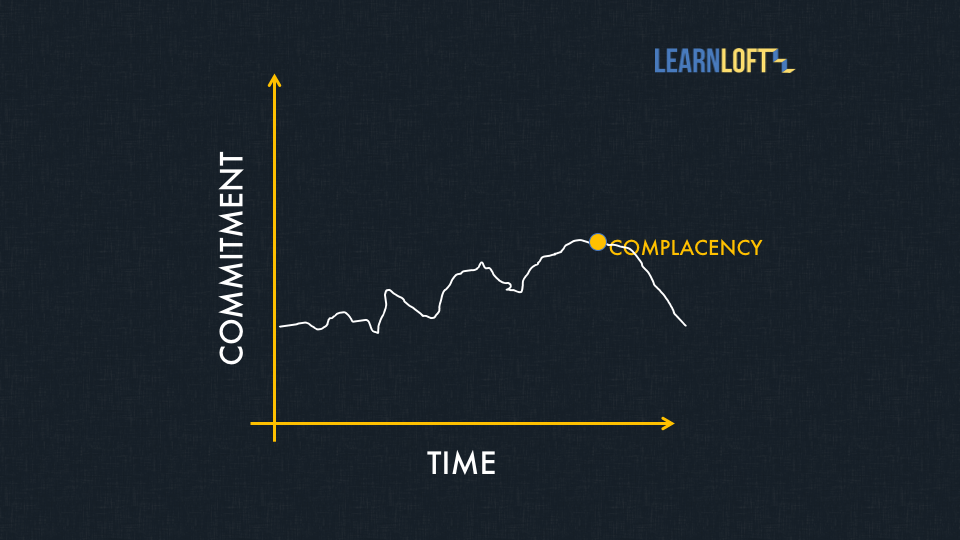 Constant Change is the Only Constant

In a constantly changing business environment, having team members who care more about their tenure than growing and progressing is a dangerous place to be. As Grace Hopper famously said, "The most dangerous phrase in language is, we have always done it this way."

To give you a sense of just how much change is happening, look no further than an example from Tony Robbins. When Covid shut down in-person travel, a significant pivot was essential. His team quickly decided to transform their in-person experience into a virtual one. He was told by many experts this transformation would take six to nine months, but this wasn't acceptable to Robbins. He needed it done in nine weeks, not nine months.

To make it happen, he did the opposite of what most executive leaders in big companies would do. He didn't rely on tenure; he relied only on hungry people that believed in the mission. On a recent episode of Impact Theory with Tom Bilyeu, Robbins said, "I don't let go of someone who has the drive, desire, and hunger. If they have that, it's a matter of coaching them on skills and finding a solution together. So when I find someone who no longer believes in the mission, I make changes quickly because the weakest link will keep us from a mission. We have to value the mission more than the individual."

Value the mission more than the individual.

While I have never attended one of Robbins conferences, their virtual experience is world-class by all accounts. This central pivot has allowed people from all over the world to change their lives that would have never otherwise been possible.

Many managers who attend any of our leadership workshops believe that the idea of complacency and growth only applies to their people. But, of course, this couldn't be further from the truth. Just because you have been a manager for some time doesn't mean you are a leader.

What's required is to know the fundamental skills (coaching, accountability, etc.) required to be an effective leader and practice them deliberately to get better faster.

No one can do this for you because skill development is like physical fitness; it can't be outsourced. If you keep growing and looking for new and better ways of making progress in your role, you will feel engaged at work. When you are engaged, you will be giving your best to others. When you are growing and giving, work is fulfilling.

When you are growing and giving, work is fulfilling.

Now I don't pretend that the tenure and people caring about length of employment will go away anytime soon. But it's my hope that whether you lead a team or not, you first look at someone's growth, progress, and initiative for change, before you look at their tenure.

Most importantly, the next time you are in a board room or introducing yourself to someone outside your organization, punt on the idea of leading with your tenure and instead lead with something this: "I have been in the industry a long time and remain the ultimate student of the market, there is a lot I can bring to the table."